The dev diary deals with some of the improvements Darkest Hour has made to the interface.

One of our aims with Darkest Hour is to reduce the amount of time the player has to spend on useless tasks instead of having fun. A good example of this is new improved and automated Spying System we already talked about (see Dev Diary 3 for more details). But obviously we did much more than that: today, we're going to talk about some the time-saving improvements in the interface.

First of all, in Darkest Hour the use of the SHIFT+ and CTRL+ shortcuts have been extended. As you already know, usually with SHIFT+ you add 5 items to the queue whereas with CTRL+ you add 10 items to the queue. The places where this was possible was limited, so we decided to expand its use. For example in the province interface it is now possible to add 10 levels of IC/AA/Naval Bases/Air Bases/Infrastructure/etc. in the Production Queue with a single click!

Moreover, we've added a new shortcut: SHIFT+CTRL+click will now add the maximum possible amount of items! You will be able to queue 99 convoys with just one click! But let's forget about this for a while, we'll get back when we'll talk more about production.

A new interesting feature is the multiple deployment of divisions. If you have a long list of divisions in your deployment pool and you don't want to waste your time deploying each of them separately, you can now simply press CTLR+click to select/deselect them. Moreover, if you press SHIFT+click over a division it will automatically select all divisions of the same model (infantry, motorized, interceptors, CAS etc.). And if you press CTRL+click over a division it will automatically select all divisions of the same type (which means land, naval or air units). But this is not the end: after selecting the divisions, there will be a new screen where you can choose to add these divisions to an existing unit or deploy them in a specific province. Nothing new? Wrong, there is a new trick! The game will automatically group together units of the same model creating groups (but if you want them separated you just have to press SHIFT). By default land units are placed in groups of three, air units in groups of 2 and naval units in groups of 6, bu this value is moddable in misc.txt for each unit type. So for example if you have 7 land divisions, the system will automatically separate them in 3 units: the first two unit will have 3 divisions each and the third unit will get 1 division. You can them easily deploy these three units in a specific province. If you want 7 different units each composed by a single division you'll only have to press SHIFT. 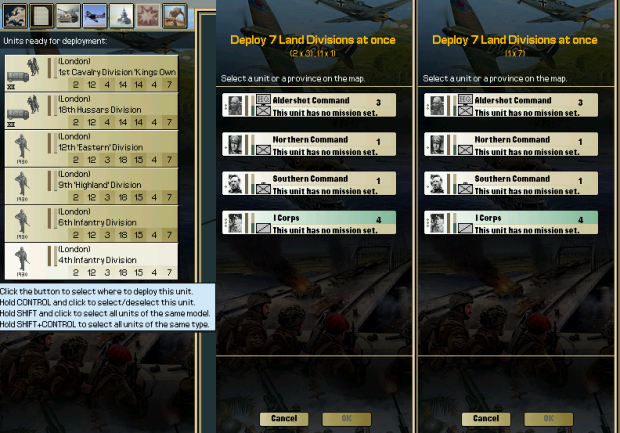 Now it may sound a bit too complex, but trust us: it is a really useful feature, you'll love it! 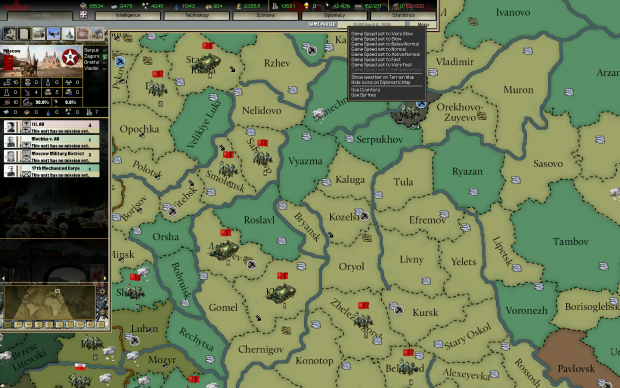 Another improvement that you will surely appreciate is the merging of the terrain and the weather map. This option is initially disabled, but all you have to do is right-click on the pause button and you can enable it. As you can see from the screenshot below, the terrain map will now display the clouds from the weather map and two new small icons to represent mud and frozen terrain. Very useful when you are executing Operation Barbarossa!

As you might have spotted in the screenshot above, there is also another option: you can hide icons and units from view in the diplomatic mode! Take a look at how the diplomatic map may look with this new feature: 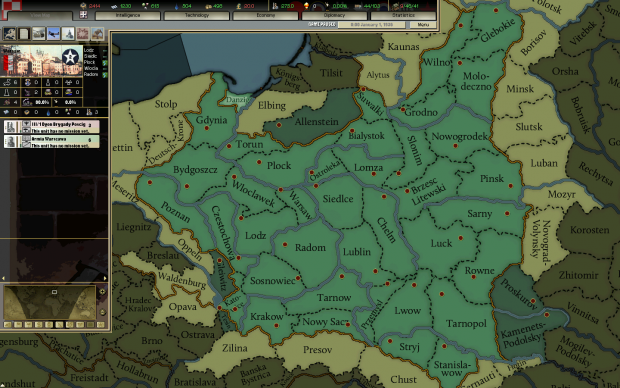 And finally, we made some cosmetic changes to the economic map: the units are hidden and the icons are grouped together: 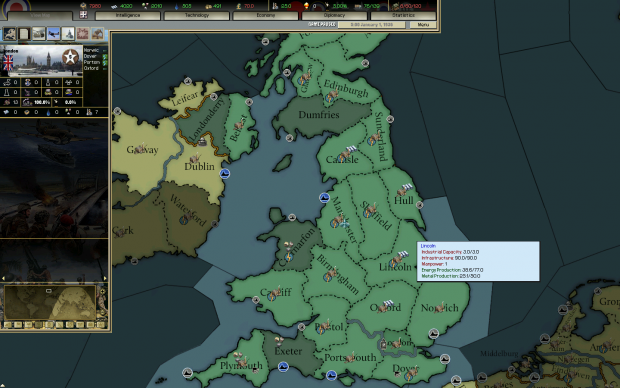 We hope you'll appreciate these new features! Come back again next week!

Like you're improvements to the UI. Much cleaner and more along the lines of what EUIII and Victoria 2 tried to do. Really glad people are still deving for this game after so many years.