Age of Chivalry: Hegemony will soon see an entirely updated new release, featuring four new countries and many new units, graphics and features. This article covers one of the new countries: the Italian city state of Florence.

Although I already announced a new Age of Chivalry: Hegemony patch featuring new playable countries a while ago, the time has now come to release some more information on these new states. Playtesting has been taking place for a few weeks now and although the balance is still being fine-tuned, the gameplay features of the new states - the Italian states of Florence, Milan and Venice, as well as the Francophone but Imperial prince-bishopric Liège - are more or less set in stone now. As such, I'd like to present the first country profile: Florence. 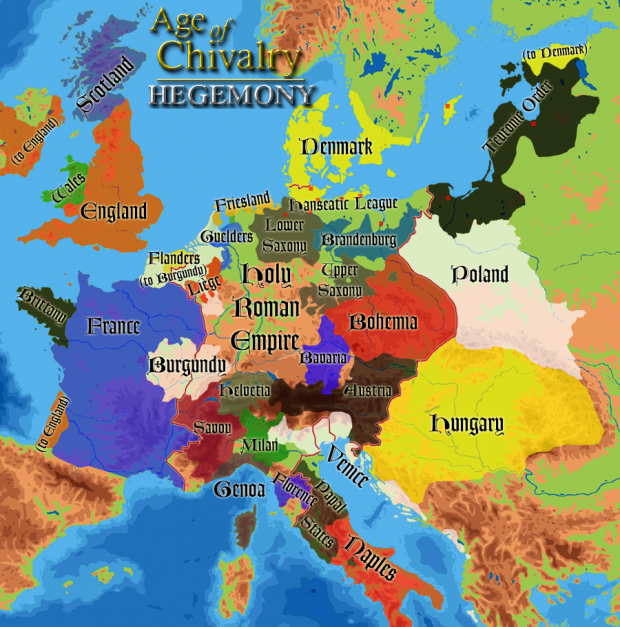 The dominant city state of Tuscany, Florence may at times flounder militarily, but it has an economic backbone that makes the city extremely resilient. This is particularly the case for its banking sector - the Florentine banks have grown to be the most important of the middle ages and, indeed, their own currency, the florin, is considered one of the most reliable in the world. The banking houses are not only popular with secular rulers, but even the Popes are regular customers! The stamp of approval of the See of St Peter is better advertisement than anyone could wish for (although let us not dwell on the incident with Christ and the moneylenders in the temple...). 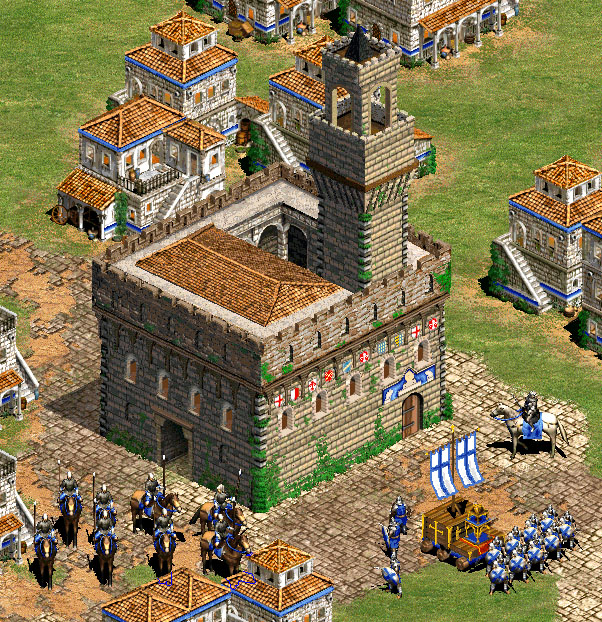 The Florentine Guild Hall (based on the Palazzo Vecchio) with Florentine unique units and,
on the left, Militia Lancers gathered around it.

Where Florence's main rival, Milan, relies on brute force to win battles, the armies employed by Florence tend to be smaller, possessing greater maneuverability. This is apparent from the Florentine armies which, taking their cue from the military tradition of Braccio da Montone, the 'Scuola Braccesca', rely on more lightly armoured troops than their Milanese counterparts, but which can move around more quickly. These are backed up by a solid artillery force. Florentine gunners are not only employed on both sides of the Alps, but also fight more effectively on their home turf. 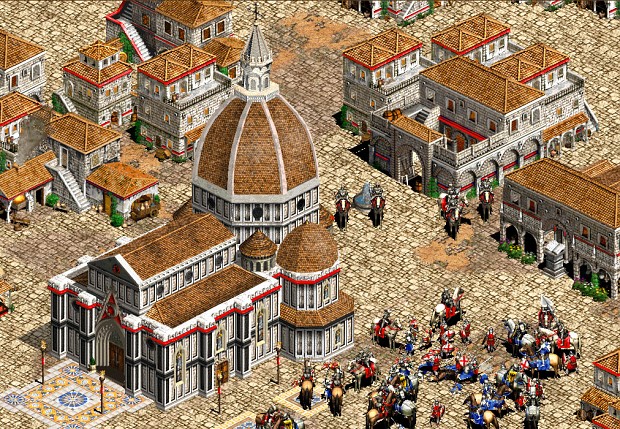 The Florentine monument: the Santa Maria del Fiore in Florence.

Policy Decisions present themselves in siding either with the popular element in Florentine society or the elite one. If one sides with the 'ciompi', the destitute labourers of Florence, this will improve the fighting spirit of the poorer fighters. But making room for the uncrowned kings of Florence, the Medici family, will stimulate patronage of the arts and higher learning and result in investments in more expensive forms of warfare, significantly improving Florentine Gunners.

This should give you an idea of one of the new countries in Age of Chivalry: Hegemony. There are more updates to come! You can also browse the image gallery for previews of many of the new unit graphics, made by Jorgito_Lando, who also made a wonderful unit mod for AoK:HD, available here on Moddb.com.