Get to know some of the many character you'll be able to recruit in the game's single-player campaign!

In Legion Hearts, you'll be able to recruit hundreds of unique characters and build a massive army to prepare for a climactic battle during Ragnarok. This creates a lot of pressure to get new character designs, so we put this part of the development into production as soon as we could to get a headstart. 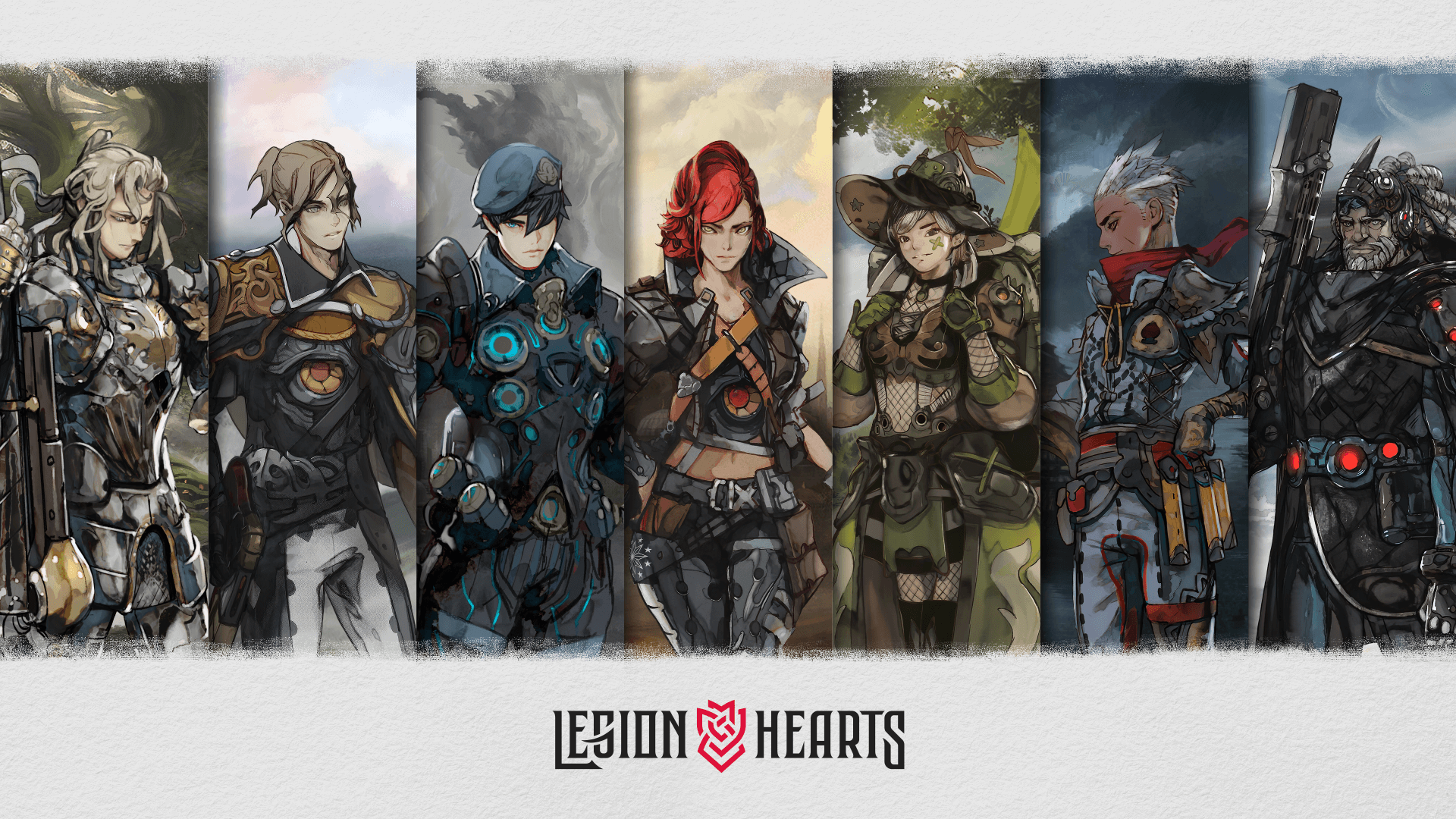 The man behind the art is Max Berthelot, a French character designer based in Japan. He caught our eye with his work on Mistwalker’s Terra Battle, and we’re really happy to have his unique designs featured in our game. Here are some of the first concepts and early sketches he created for Legion Hearts!

Ilia was a devoted knight in the service of the church in Weisshaupt. But her fate came to a crossroads when she witnessed the wholesale slaughter of a pagan village to feed a strange, foreign machine. 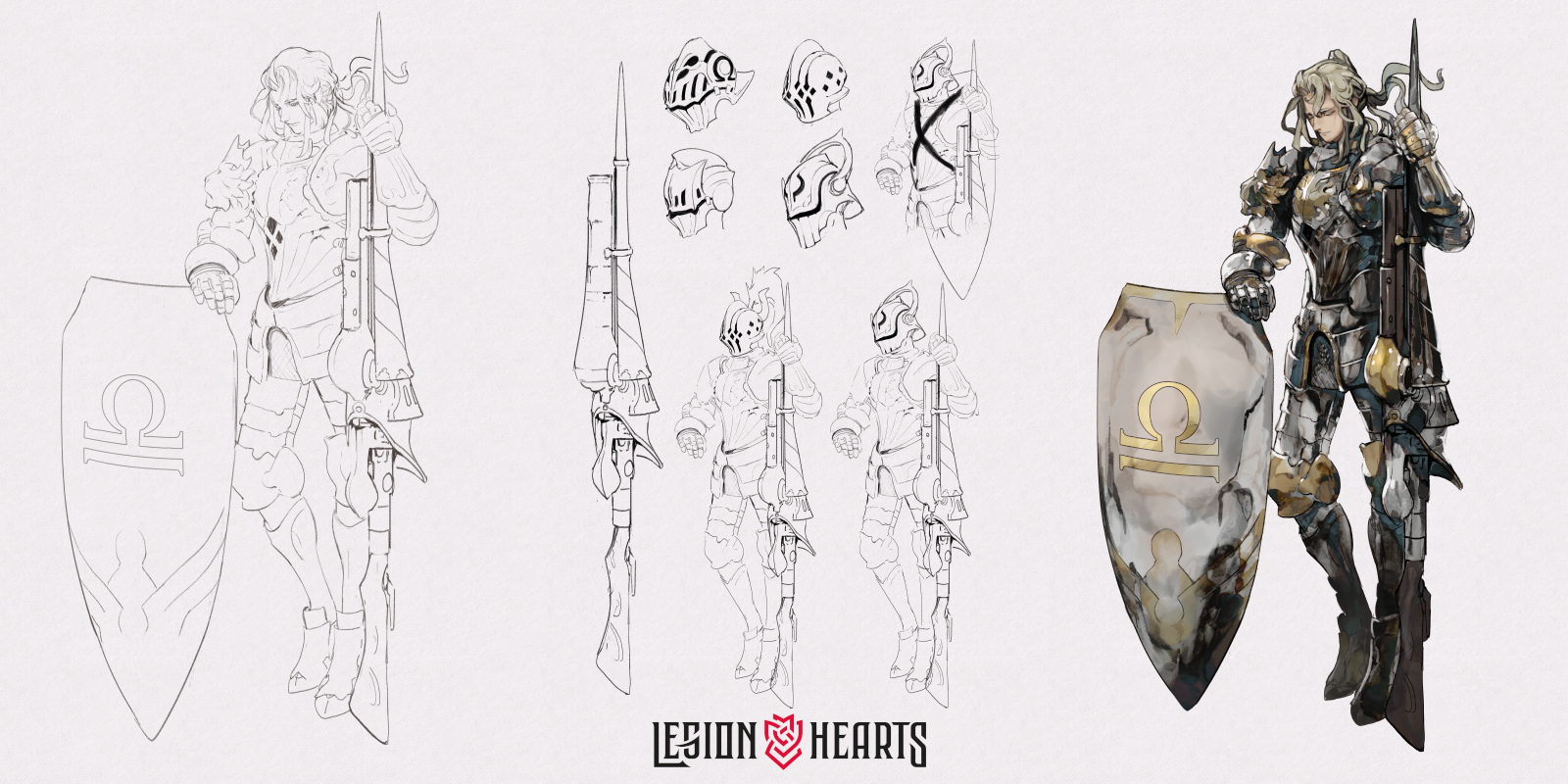 She now leads an armed revolt against the church, promising to uncover its sinister machinations that terrorized the people for many decades. Only time will tell, however, if some secrets are indeed best kept hidden.

Ilia's in-game ability is Bastion which grants her increased damage reduction while negating all nearby area of effect damage.

Nelson is a veteran sniper and a founding member of Omega, a secret paramilitary group aiming to restore and control the ancient machines of the previous cycle. 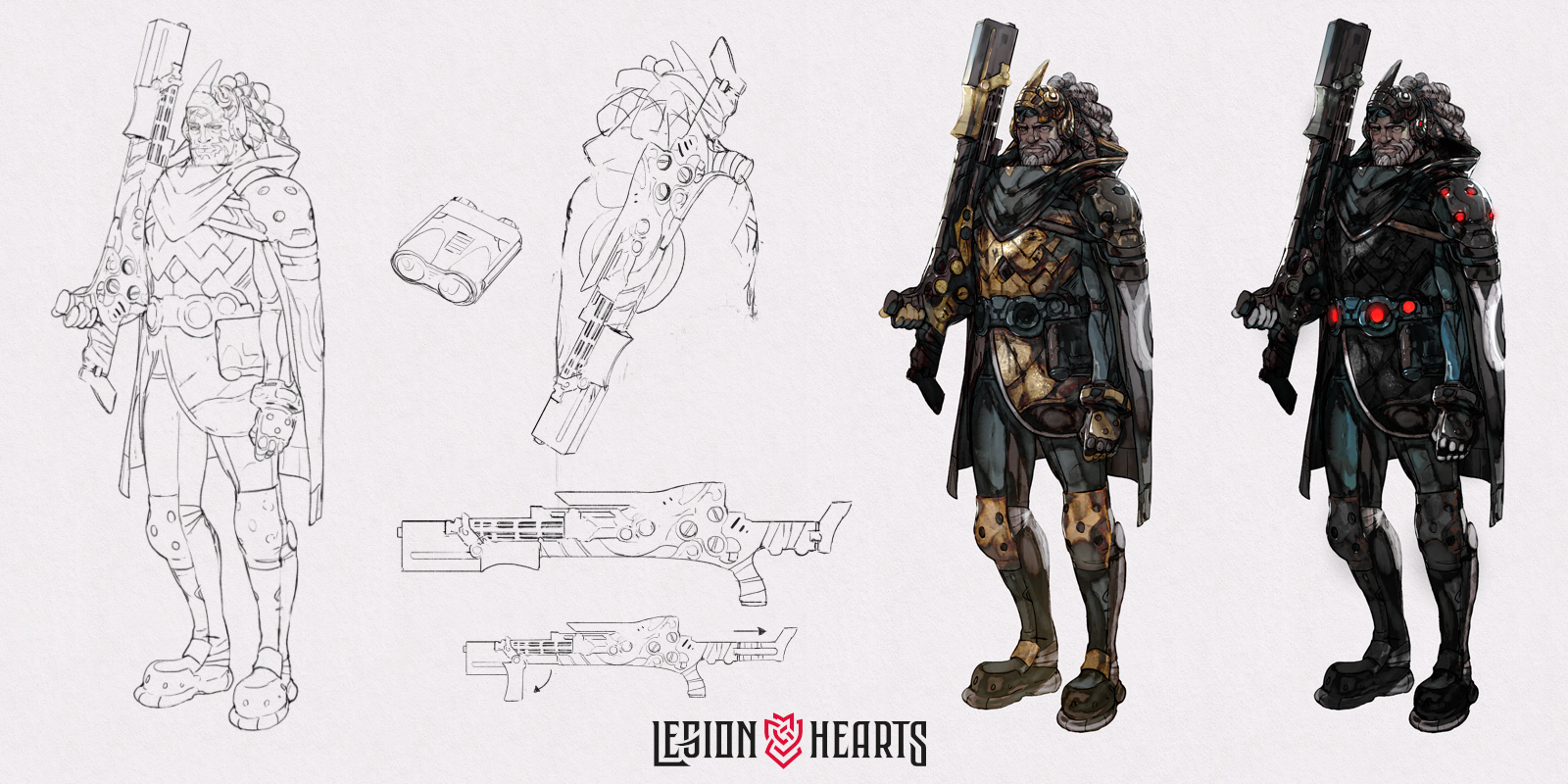 Few have ever survived an encounter with him, and he remains a fearsome enemy despite his age and is determined to fight for the cause until the bitter end.

Nelson’s in-game ability is Last Breath which grants him stealth and increased critical damage for his first attack in a battle.

Senna is a renowned Federation navigator and served on many different exploration ships from a young age thanks to her family's close ties to the merchant navy. 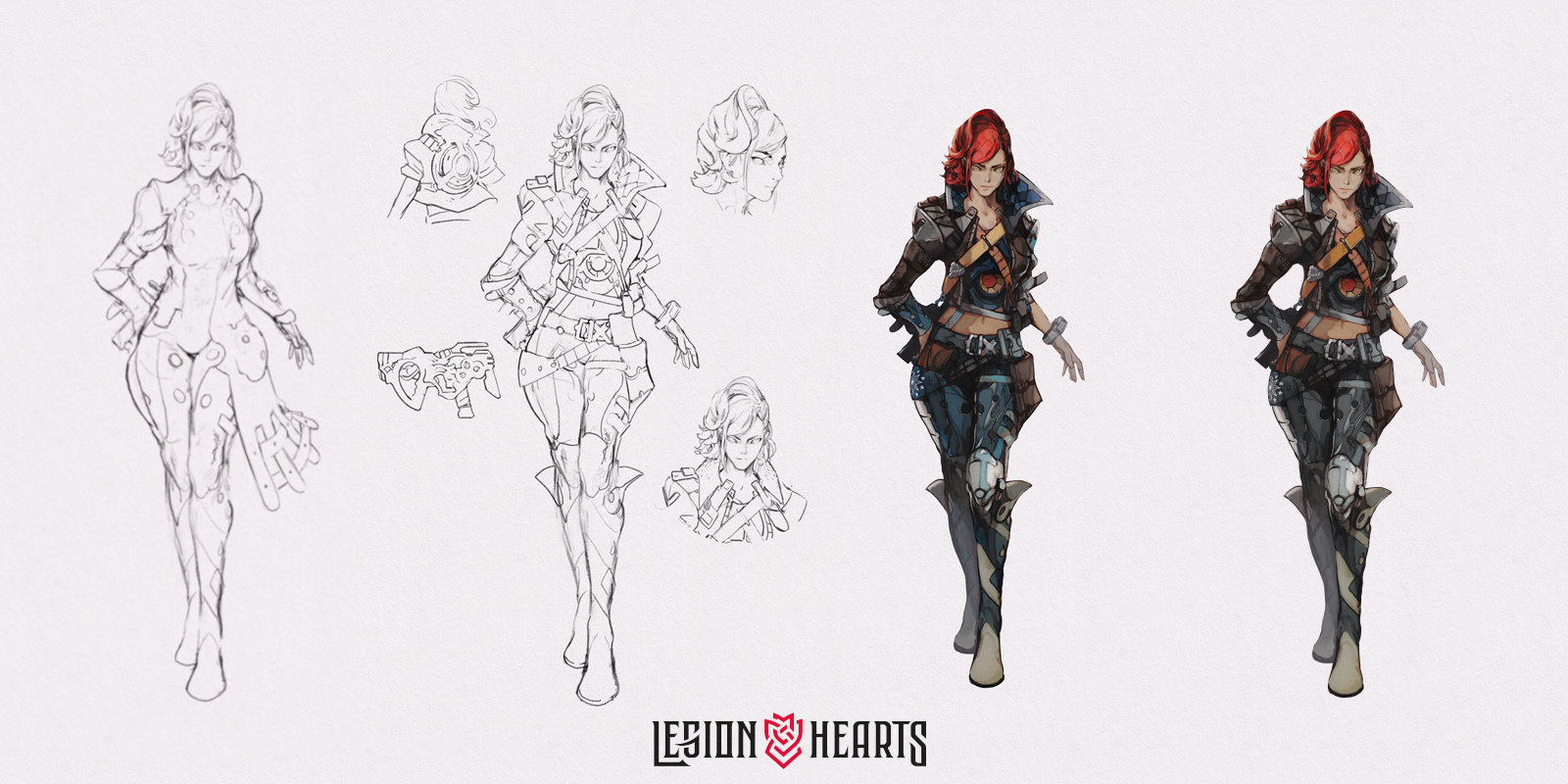 After years of intense preparation, she now leads her first expedition deep into the inner branches in order to reach her father's last known location and discover the secrets of the failed voyage.

Casper is rogue AI from a bygone age who found refuge in the body of a derelict worker drone. He keeps a low profile as he explores the curiosities of the new world and searches for a way to unlock his scrambled memory data. 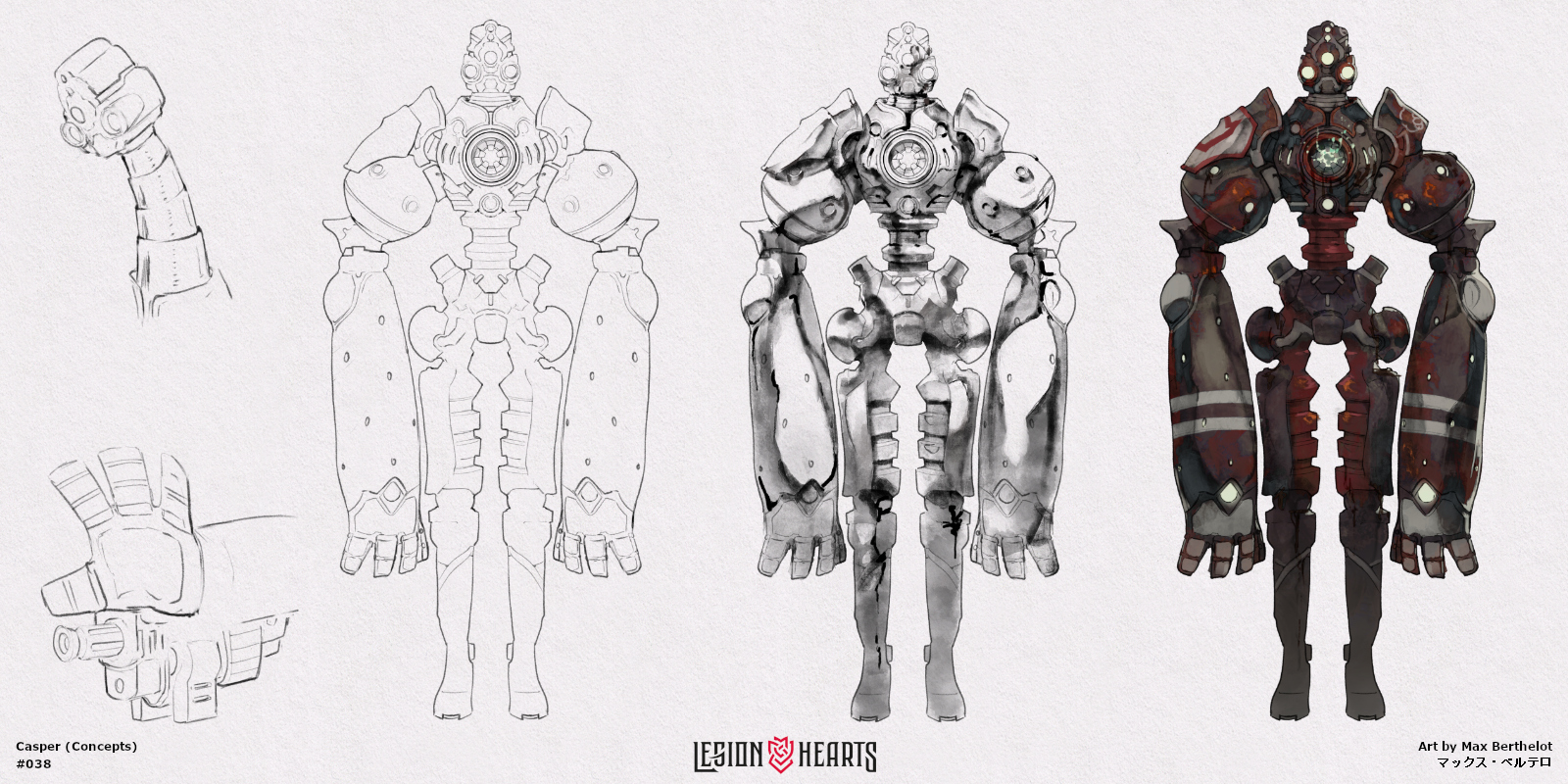 Despite his innocuous appearance however, Casper is a capable fighter and able to hack into machines of all kinds.

Casper's in-game ability is Override which temporarily increases the power of a robotic target until it self-destructs.

Max is a skilled craftsman who inherited his father’s workshop at a very young age. He gets scared easily, but does his best to never let it show – especially around his little sister. 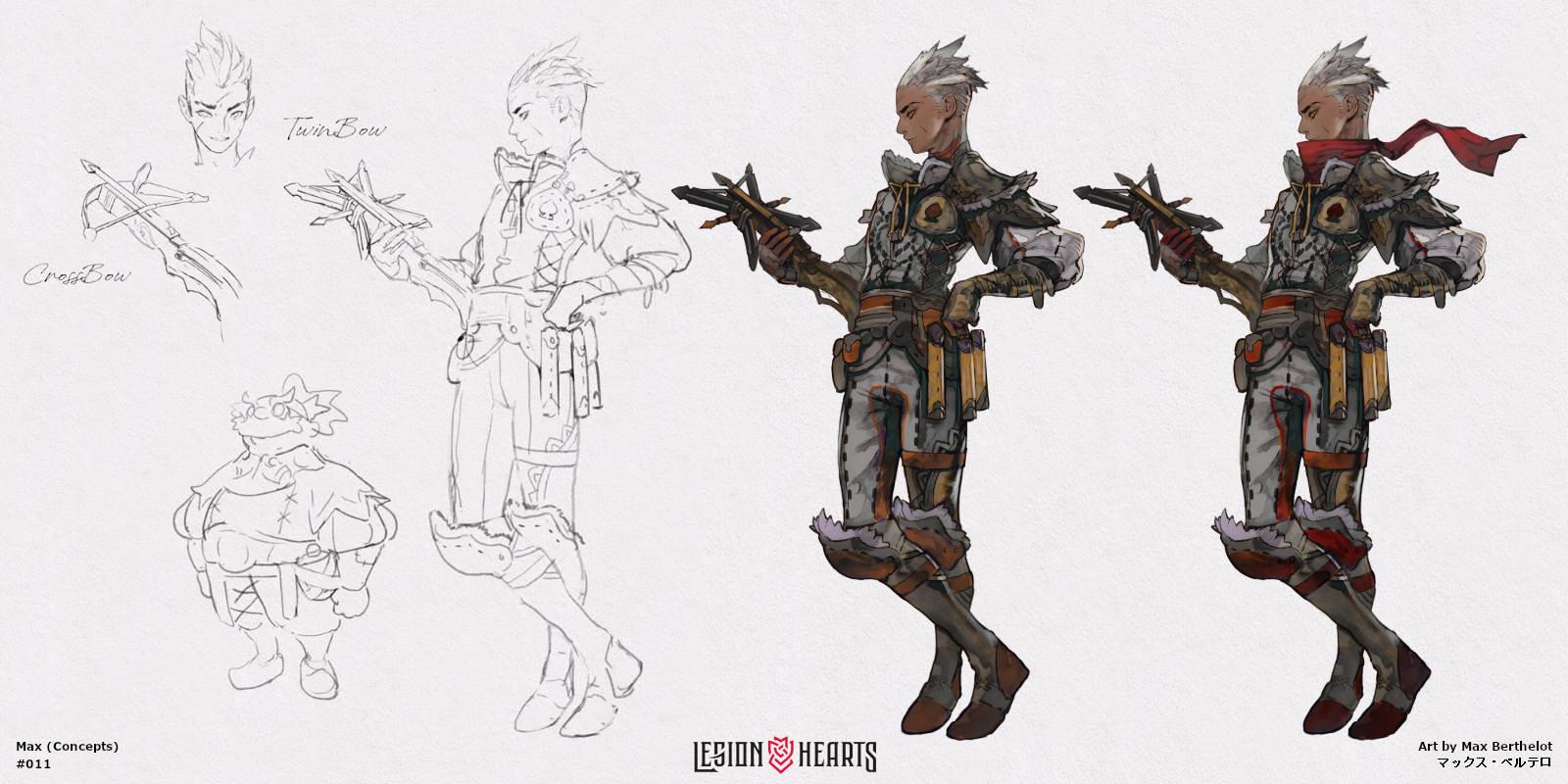 While he has never been one to dream about adventure, the outbreak of war in Wolkental forces him to take up arms and defend what little he has left.

Max’s in-game ability is Darts which applies Bleeding, Poison as well as Fatigue to the target, able to deal extremely high damage should the battle drag on.

Shu, the Quiet One

Shu built up a fearsome reputation as a ruthlessly efficient mercenary in Paragon's lawless underworld, with a presumed body count in the hundreds. 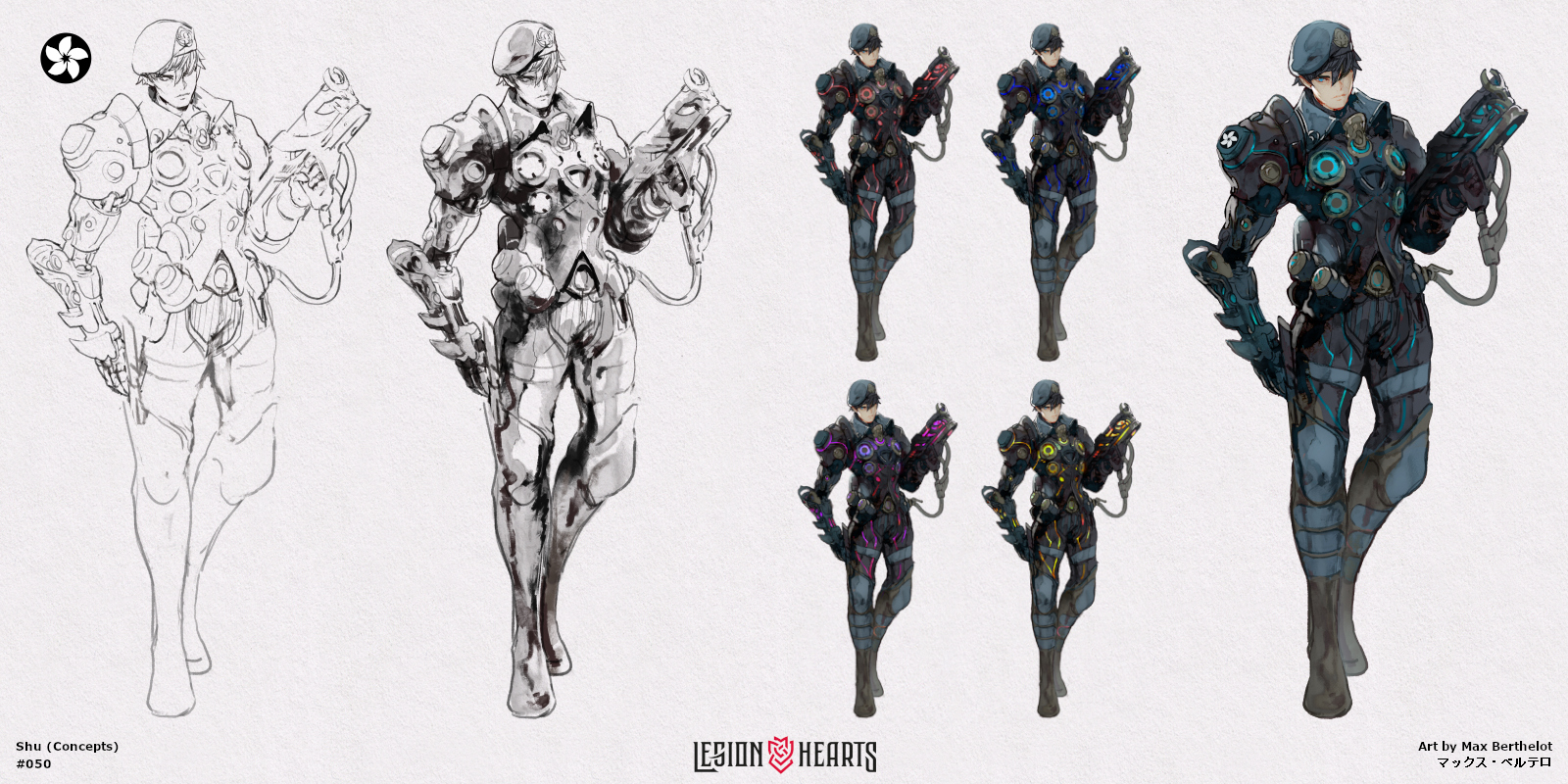 At some point, he was approached by Eve to join SI6, a special operations squad under direct Government supervision. No one other than those two know what caused his change of heart, and perhaps it is best if it remained that way.

Shu's in-game ability is Precision Burst which tags and suppresses enemies. If the target is already tagged, Shu will instantly kill the target instead.

Both the story and gameplay of Legion Hearts revolve heavily around the many different characters you'll encounter in the game. As such, our main priority was to work within a setting that allowed for a wide range of unique characters to coexist, and the story is loosely based on Norse mythology. 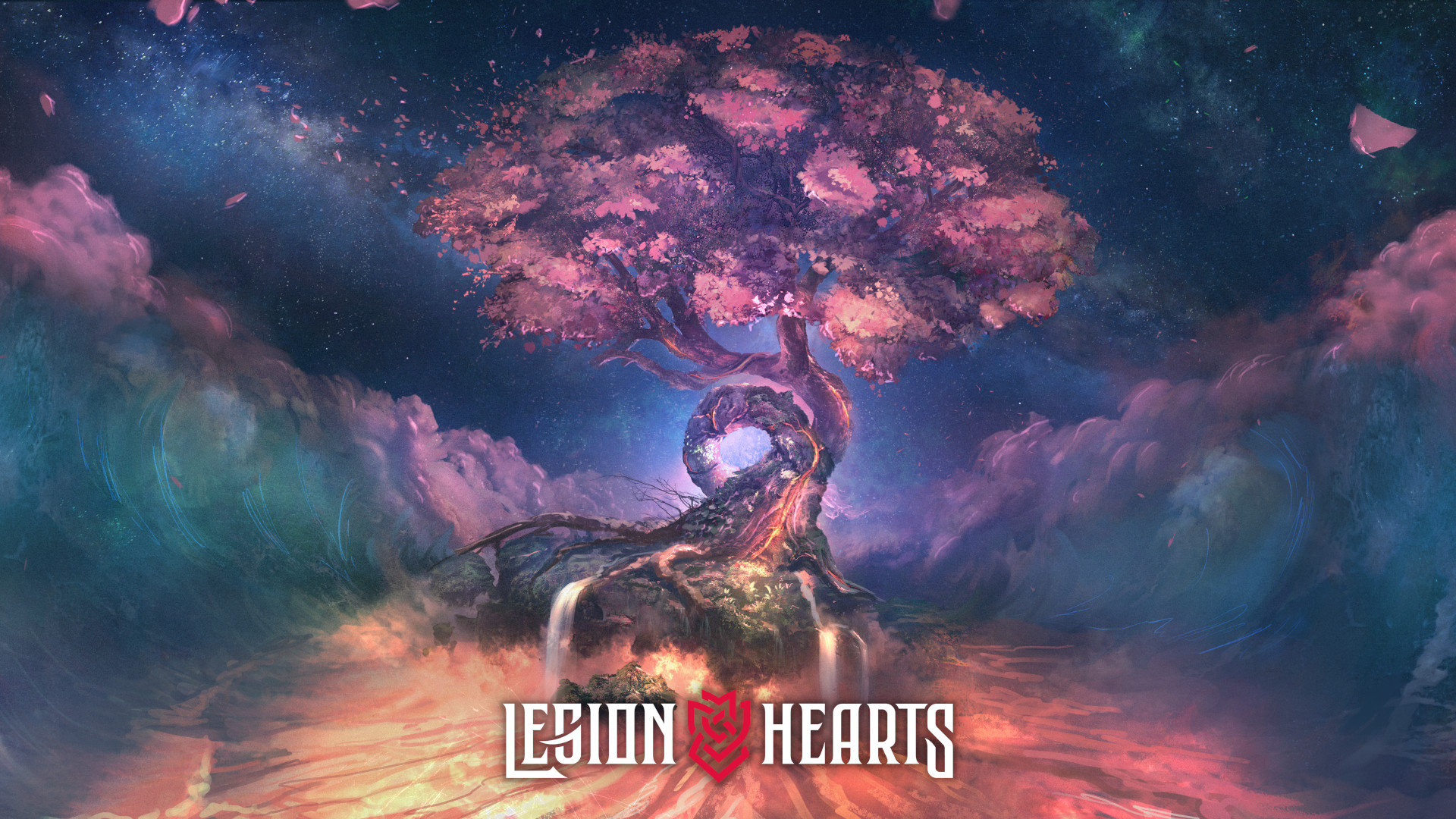 You play as the time-traveling Valkyrie Kali, and must visit the many worlds of Yggdrasil to gather a great army and prepare for Ragnarok, the twilight of the gods. That’s easier said than done however, as not all humans you’ll encounter will share the same desire to survive the end of the world.

We’ll dive into the game world more in-depth in the next post, so stay tuned!

Legion Hearts is a strategy RPG currently in development, and our first demo is scheduled for later this summer. If you want to be the first to play, keep an eye on our updates to get the details!