Continuing the series of articles detailing the different areas in my game, I'm going to talk about the third area - Mistypeak Mountains.

Continuing the series of articles detailing the different areas in my game, I'm going to talk about the third area - Mistypeak Mountains. 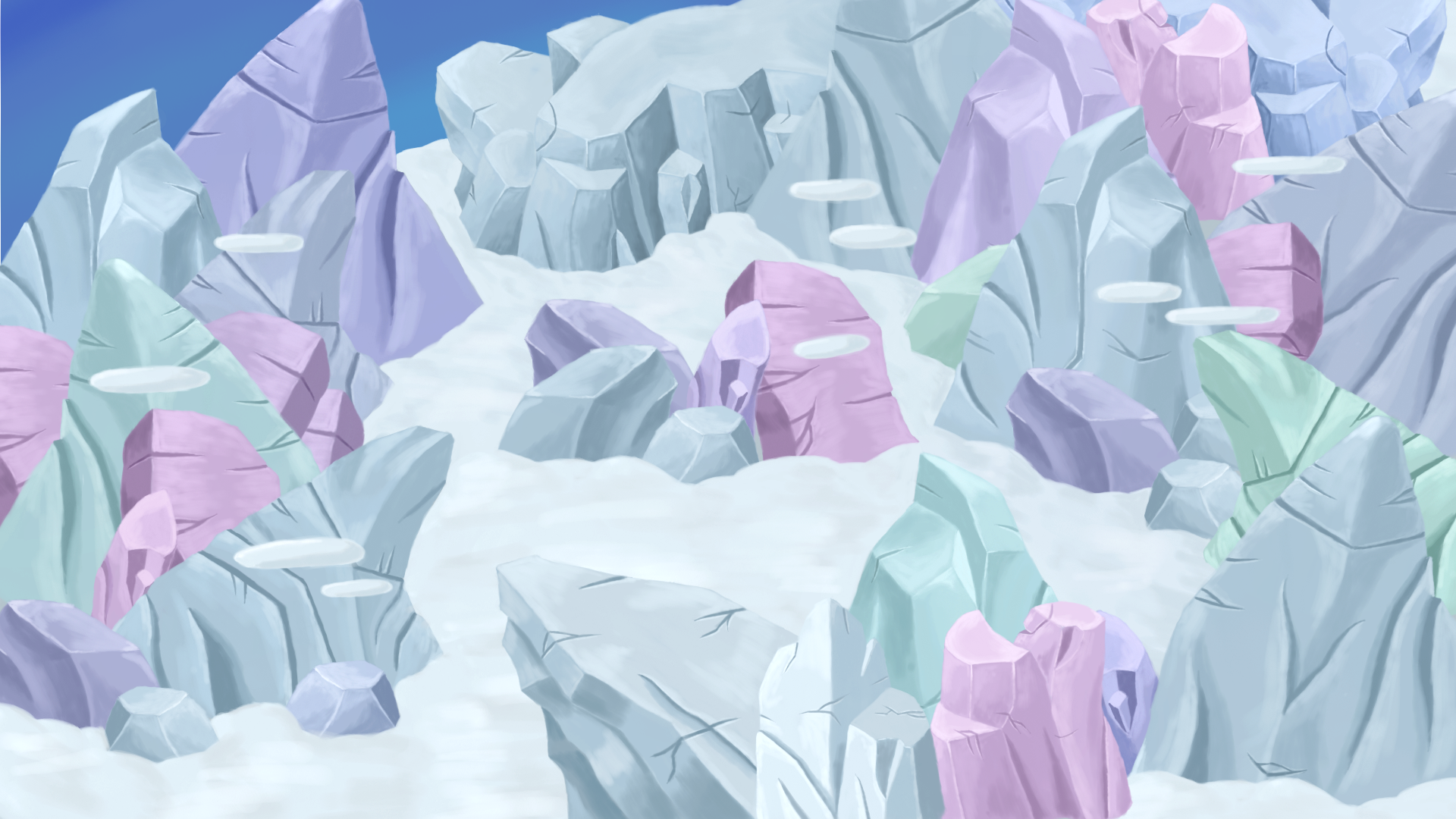 Mistypeak Mountains comprises a network of mountain passes perpetually shrouded in a dense fog. However, the Building Block Heroes aren't nearly stupid enough to stumble around in such thick fog, so they take the action above the cloud line, into the gentle light of the rising sun. 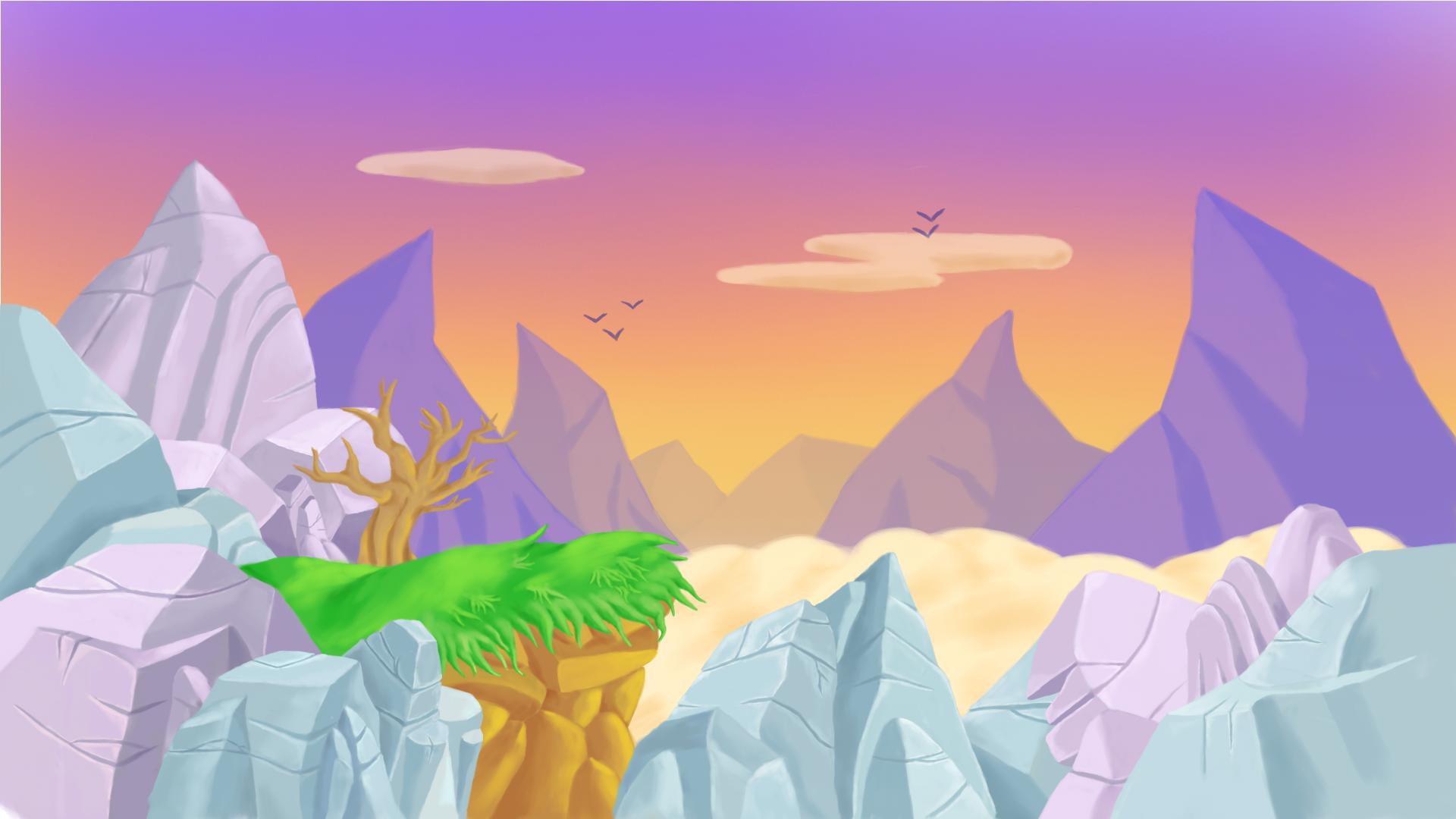 The gameplay feature introduced in the Mistypeak Mountains appears in the form of Gem blocks, which are essentially Breaker blocks in their natural, unrefined state. They destroy any chain of same-coloured blocks that touch them, so the player must be wary of where their blocks are placed. This destructive effect carries over to blocks that fall in their vicinity, so you must be extra vigilant in order to prevent multiple chains of blocks from being wiped out instantly.

Naturally, Gem blocks have been placed everywhere in the Mistypeak Mountains - the gentle hand-holding of Jollyville is a long way away at this point. 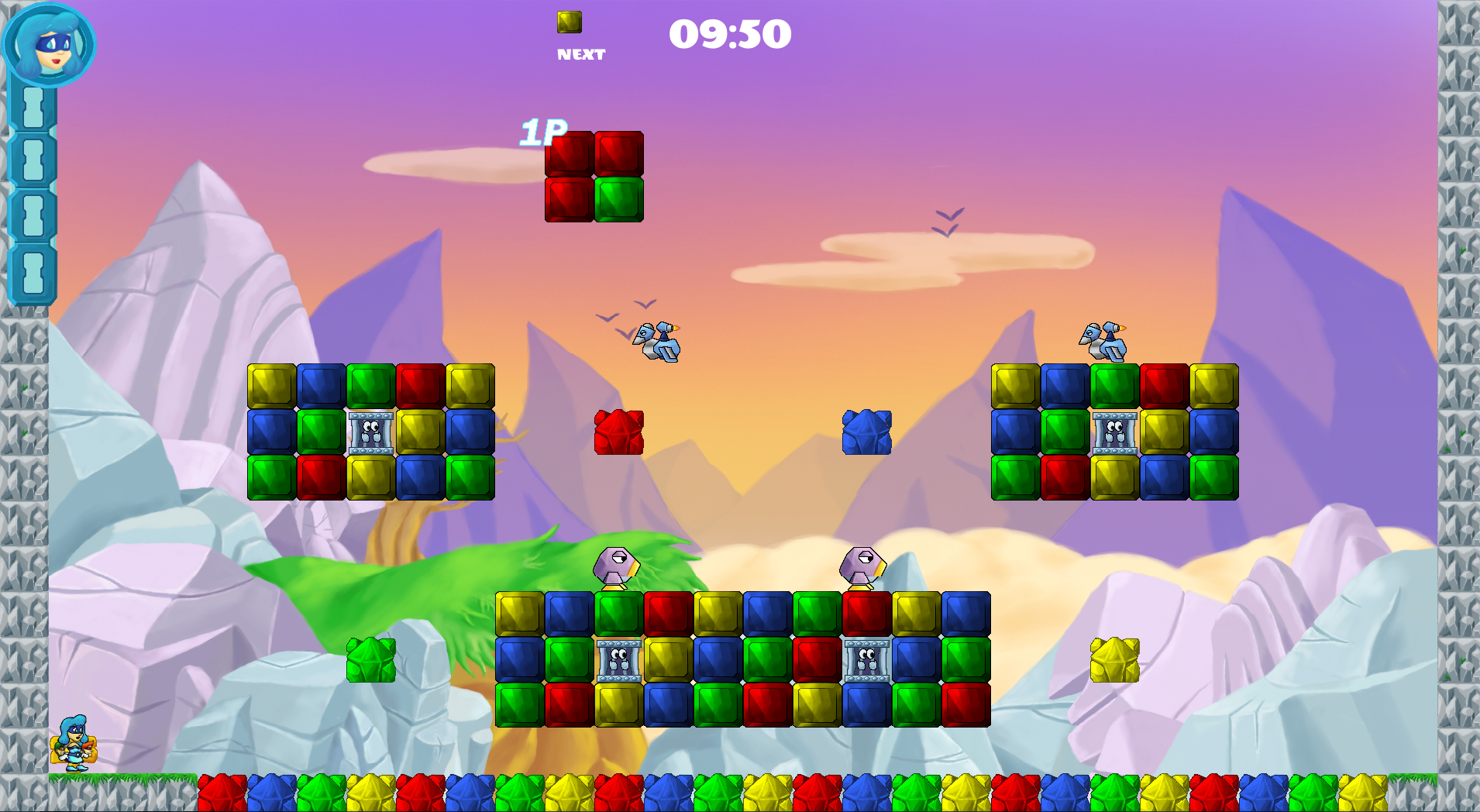 Mistypeak Mountains is where the enemies really start to get annoying. The first enemy walks around like the others the player has seen up to this point. However, it now possesses the ability to jump onto blocks and jump down from them, meaning that its route becomes far less predictable!

The second enemy is more consistent, which would be fine if it didn't soar through the air and get in the way even before the player had a chance to decide where to place his or her block!

The third boss in the game is a giant humanoid Mechafolk boss with a nasty penchant for tossing enormous boulders towards the player. 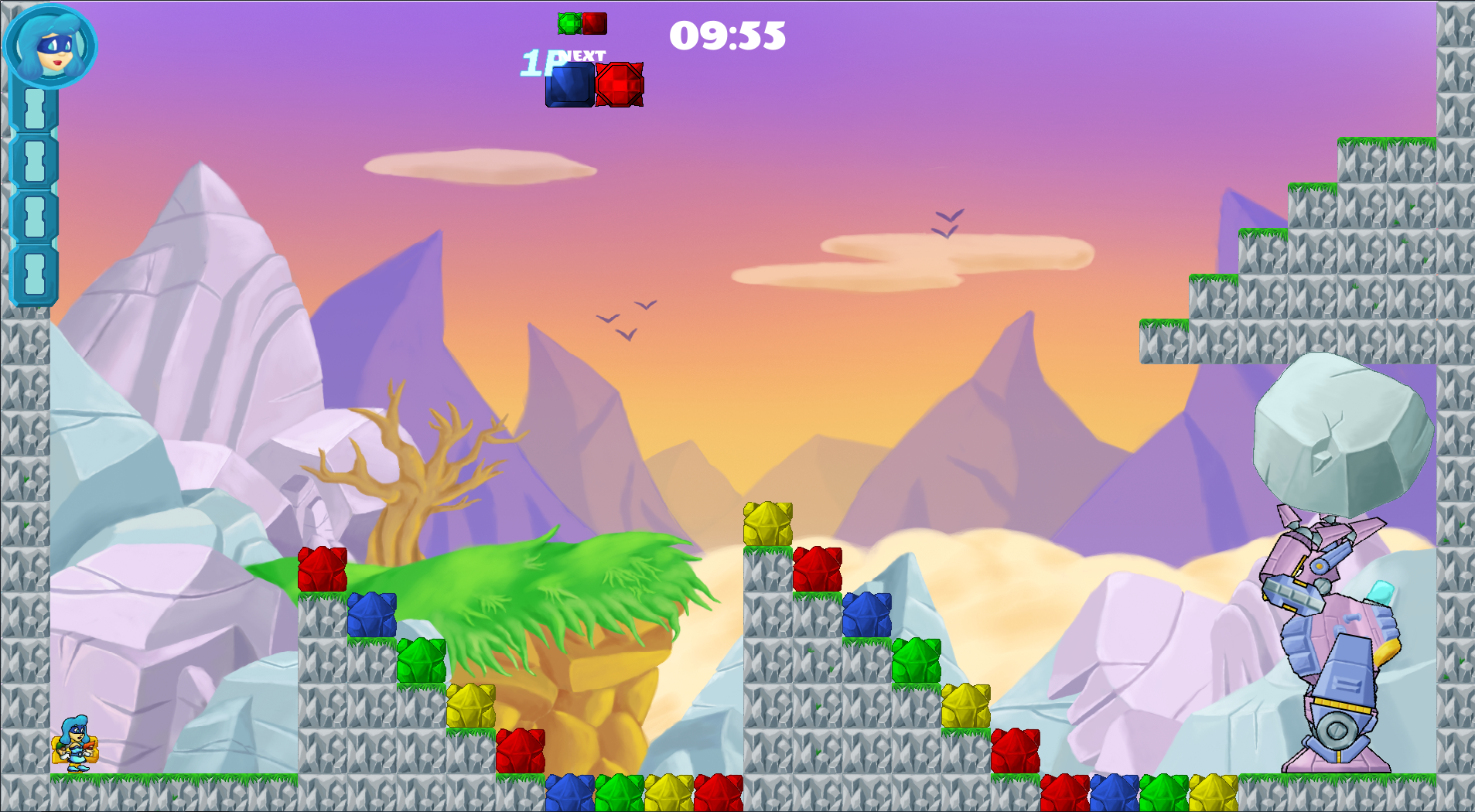 There are multiple trajectories that this boss throws rocks at, all of which are intended to be as annoying as possible by targeting the areas immediately behind each barrier in the level, as well as the area in front of the boss itself.

The attacks occur in two phases. First the boss catches a rock that falls from the ceiling, then he throws it. While the rock is being held aloft, the boss is invulnerable - it is only in the short gap after the rock is thrown that the player will have access to the boss's weak point.

With Mistypeak Mountains, I had to be very careful not to use too much grey or blue lest the background become an eyesore to the player. This is why I decided to design the background with a sunrise. It allowed the foreground to stand out a lot from the background, as well as adding a burst of colour onto the scene. This is also why I added the cliff in the middle of the scene, to add a dash of green to the mix. 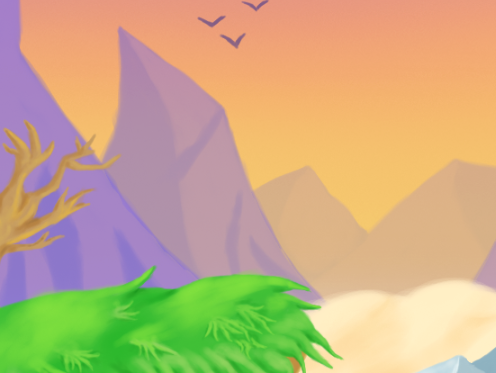 However, mountains are generally comprised of rocks, which don't tend to be too brightly coloured. I got around this by making the rocks less saturated versions of cool colours like blue, green, and purple. This way they still retain some of the blandness of typical rocks while avoiding too much monotony in the colour scheme of the area. Even in the map, which isn't able to make use of a rising sun as a backdrop, minor shifts in hue make all the difference! 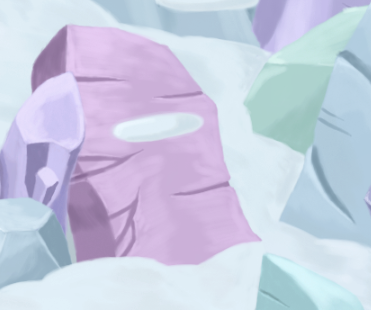 Judging from the thumbnail of the background, the use of purple definitely makes Mistypeak Mountains stand out. The orange and purple of the sky are unique to the area, and add a lot of character to a potentially boring area.

For the music, the percussion is meant to evoke a sort of caveman-type feeling, so I made copious use of bongo drums. At the same time, the music was never meant to be ominous or dark - the players aren't travelling inside the mountains or caverns, just over them. Instead, I tried to capture the feeling of a sunrise by using rising violin themes and lots of french horns. I found that by using several french horns playing deeper notes, I was able to create a triumphant-sounding melody, which I felt fit the sunrise motif.

I feel I was able to take a potentially boring area in the game and make the most of it with Mistypeak Mountains. Let me know if you agree or not! I'm always open to feedback.