Sharing a few Words, Videos, and Photos of my Good Friend, celebrated ArmStalker Developer and Community Leader, Uncle Pecheneg - On his 21st Birthday! These are some of the very First Videos I ever saw of the project, I also think this context is a nice way to share some historical context for the Project, as an accompaniment to an article I will share here soon... 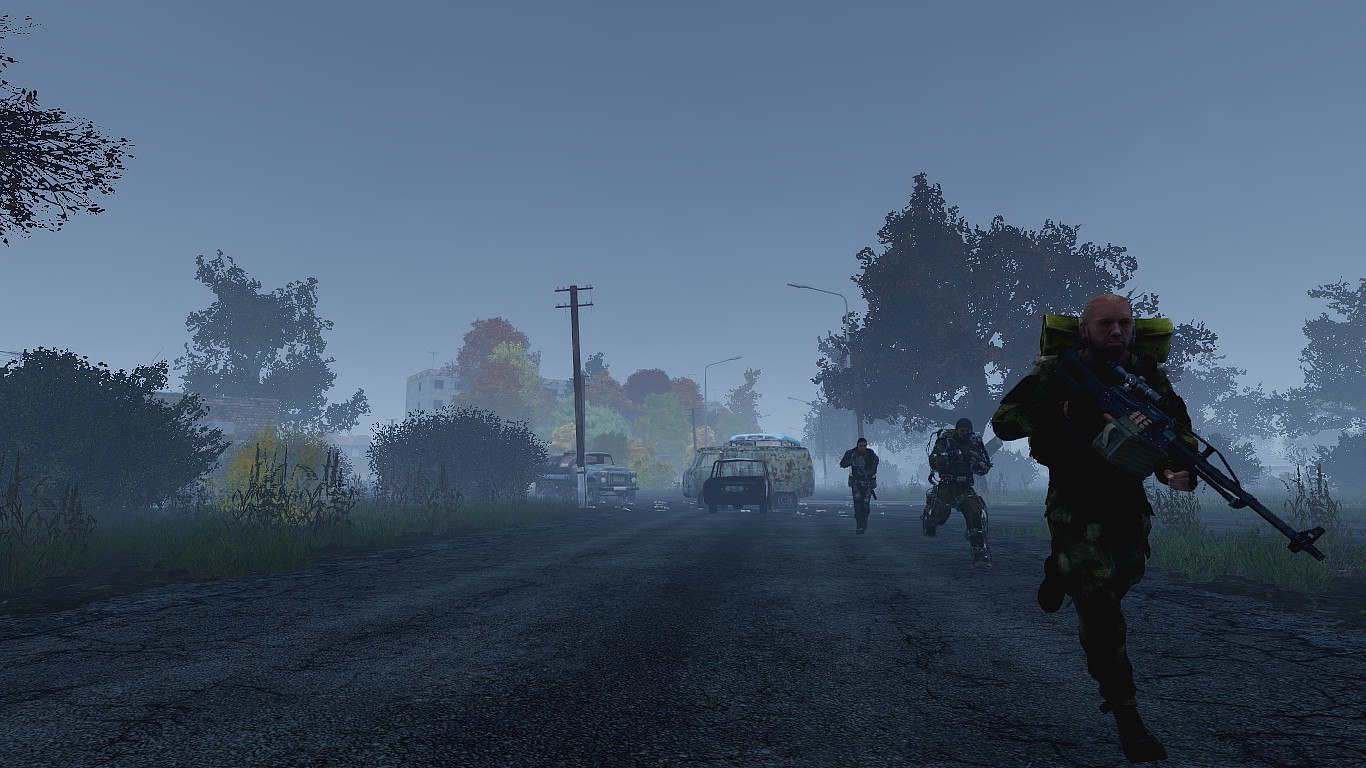 ^Uncle Pecheneg, charging ahead of his friends Rebel and Evil Server in a photo series previewing the CEZ Terrain. Pecheneg is developing this new terrain for the project daily.

Today, March 7th, I would like to post this small tribute to my Good Friend, Uncle Pecheneg, in Honor of his Birthday. He was instrumental to my introduction to ArmStalker, and remains my number one source for all of my answers regarding the project. He is brave, reliable, good natured, and always knows how to make the guys laugh. Some of these early videos will be in Russian Language, so you might just want to watch a few minutes here and there through the video, to get a feel for the action and the flow of the journey a bit easier. Later I link a few videos of mine - hosted in English Language.

The First time I saw his name, was alongside a youtuber who at the time was making some of the most exciting videos about the project. He speaks Russian in his videos, as does everyone else in them, but they are absolutely the most exciting and fun to watch, even now - among all other ArmStalker Streams and videos.... At least, in my opinion!

In this first video, our host Joker meets Pecheneg at the roadside near the Grain Elevator in Cordon (WarZone 1.5) ... Pecheneg escorts Joker and his 2 Stalker friends through the dark, killing mutants, and safely reaching Cordon, thanks to Barmalli taking all the hits!

I remember at the time seeing his name in this video, strangely written in English, which was some of the only recognizable text on the screen... My name has been Uncle Boom online for quite some time, since 2009 when my Little Brother coined the name from a blend of two previous nicknames I had been graced with... But, "How Cool!" I thought "he is an Uncle like me, with an original name, and strong character" - Bravely taking point in the dark the whole way, hunting Bloodsuckers with Joker.... This player was serious!

A look through Jokers Videos and we can see this "Побег за Припяти" / "Escape from Pripyat" series... Featuring Pecheneg in the first, a few with Rebel, and others from the community... The videos have a great historical perspective on where the mod has come from, being built from a pretty humble beginning. Pecheneg, again, always is a solid member of our Heroic team, fighting against Mutants and Monolith alike!!

In these videos, the guys are playing on the map by ArmanIII, "Chernobyl Zone" ... With a special modpack in a closed session featuring ArmStalker. The Videos were made in December 2015

So with those videos - we really get a feel for what a small slice of ArmStalker will be like on the CEZ terrain. The team are completely remaking the CEZ, to be both larger and more detailed for Stalker gameplay, so it will be very different, but the general feeling is there in Jokers Escape from Pripyat series! 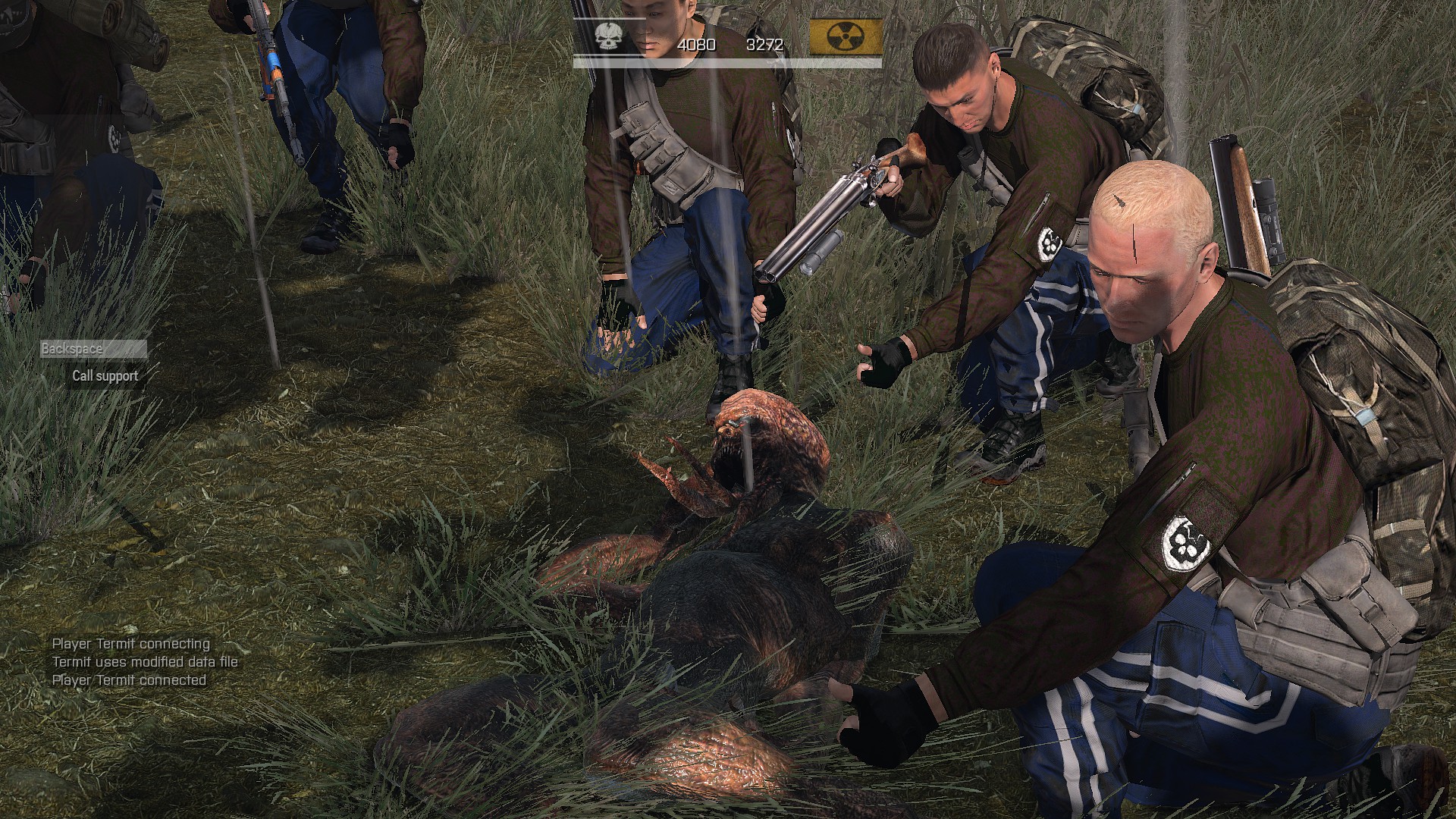 ^My Screenshot from the video below - Uncle Pecheneg, along with Tang, Borzee, Rebel, and friends, posing with my first Bloodsucker.

I joined the Server in March 2016, and met Pecheneg myself - though I didn't realize it at the time. It was awesome, I'm pretty sure he Zeus controlled the Bloodsucker at the end!

Right away, I played another few days with Pecheneg in the old ArmStalker WarZone server, and we got to know eachother a lot more in the coming months, as penpals of sorts, sharing many pictures of California and Ukraine, where we each live - respectively. It was awesome to see how many players respect him, the player I kill at the beginning of this video joined us later, and often we would even have members of the other team, mixed in with our group.

I had some time away from the RP server after it was updated in the Summer of 2016, to the newly ported Arma 3 Namalsk Terrain. Pecheneg shared with everyone his lore for his character, and also his official Loner Clan, the Neutrals, who have some vests featuring their patch in the mod. This lore has been translated by me, and better explains the whole situation of his character in the zone, You can read the English translation here 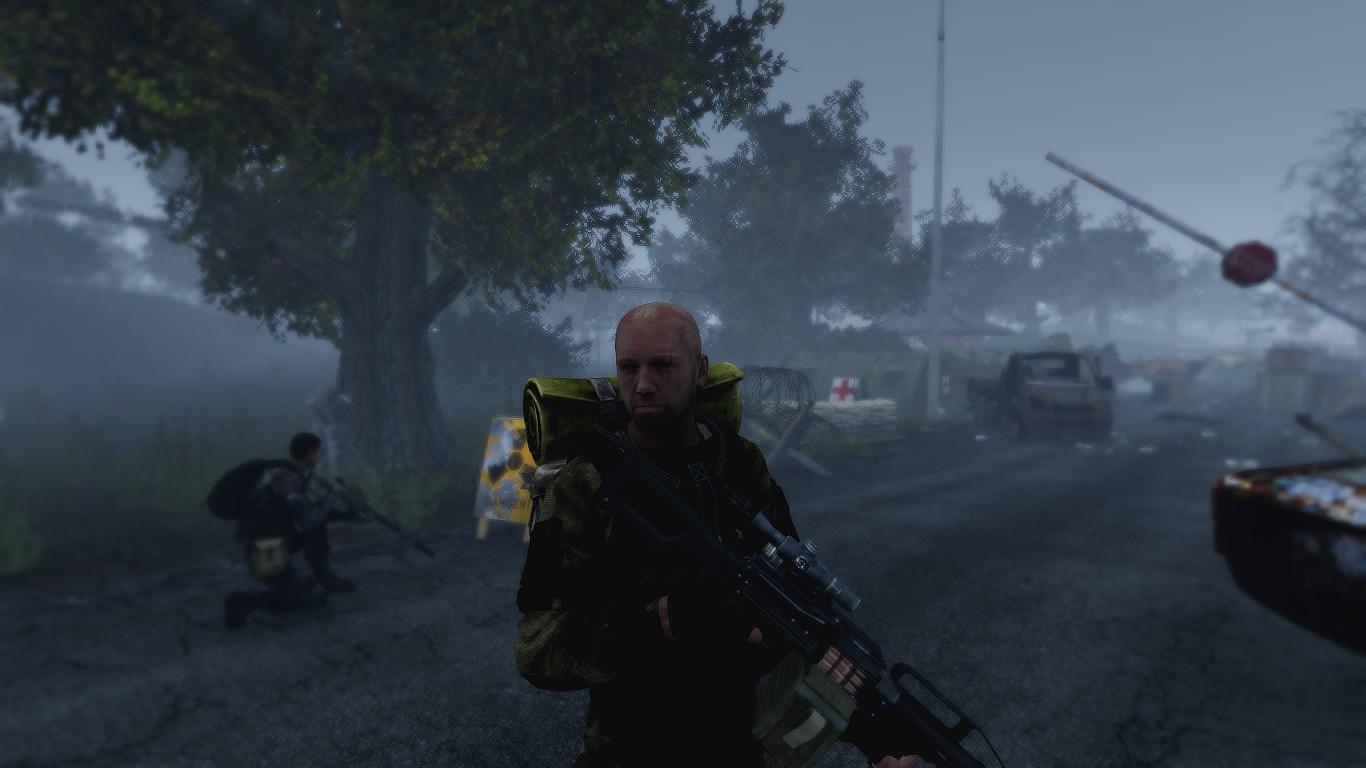 ... I was getting to know more of the players on VK, one of them is a friend of mine now - Клык / "Klik" or Fang - And his channel, 4et. He still streams ArmStalker these days, he is one of the more hardcore players, traveling into the Red PvP zone often... In this video, a stalker happens into the outpost right at the beginning... with a familiar voice...

Pecheneg has decided since to not play with the community - and to instead work nonstop on the new map. You guys here first saw him in the picture series showing his recent work on the village of Stechanka. He has been away from the server for quite some time. I play other games with him from time to time when he is available, but otherwise - he is the only other person I know who is as crazy about ArmStalker as I am.

Thanks for reading here and for helping me to celebrate a very wise, good natured, and beloved friend of mine - who is working to build ArmStalker alongside the ArmStalker Team, each day! 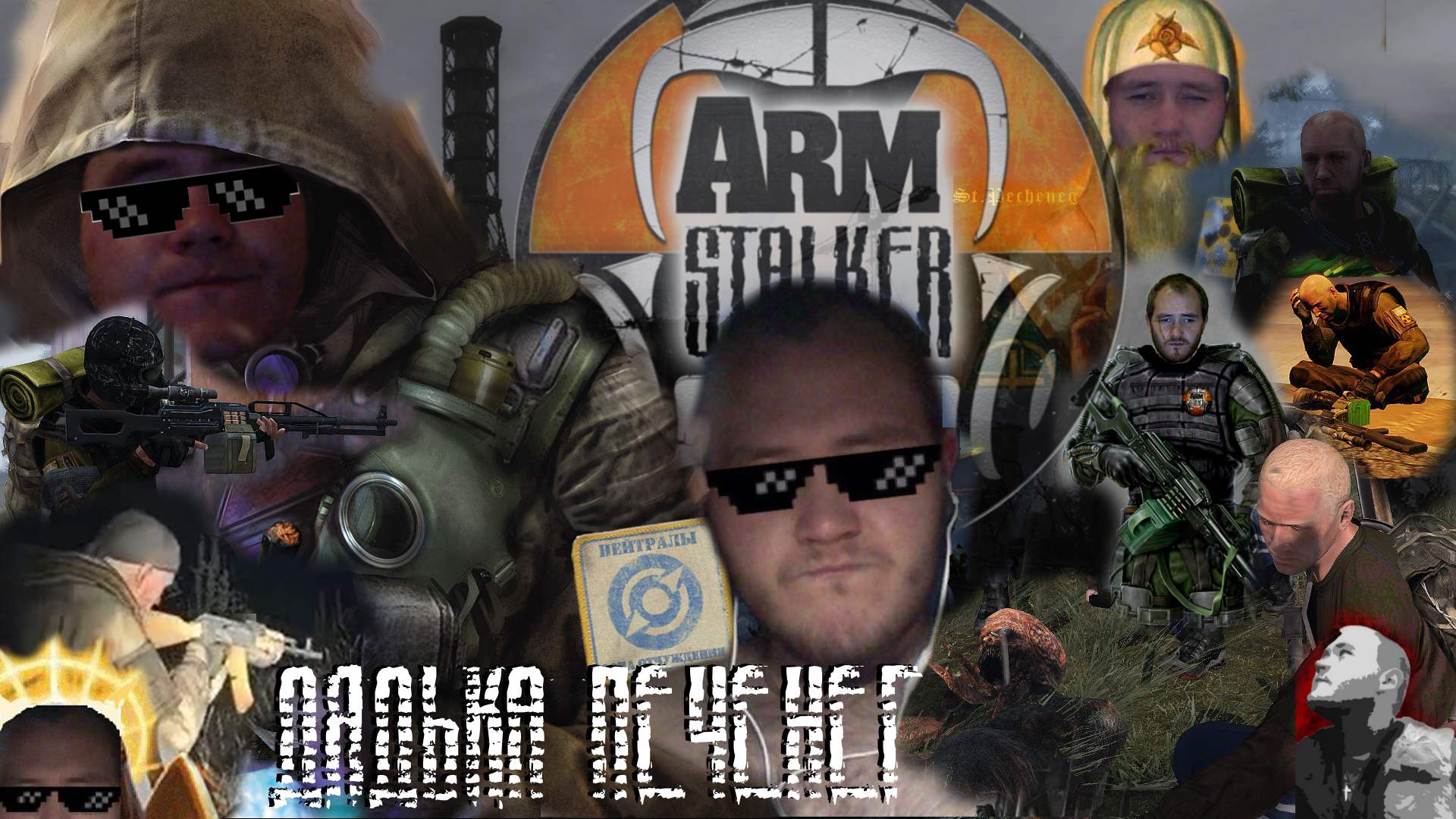 o7 ОЧЕНЬ Приятно Дядька Печенег! I am happy you liked it, a good way to share the Escape from Pripyat Videos, along with our adventures together in WarZone))
Спасибо мой дорогой друг)))