It has been 5 months, wow! Covid really has made life strange, but I am back and ready to keep making this mod better and better! Enjoy the updates to not only the game play but the immersion as well!

A lot has changed in the past 5 months, but one thing that stayed with me after a long summer is my passion to make this mod. In this version, it will be a bit different. There are zero new units, and only a couple were re-worked and the changes were so minuscule, that only the most detail oriented players will notice! Instead I focused on balance, game play, historical accuracy, and general updating and fixing from all of the excellent reports I have been given since April. Let's get to it! 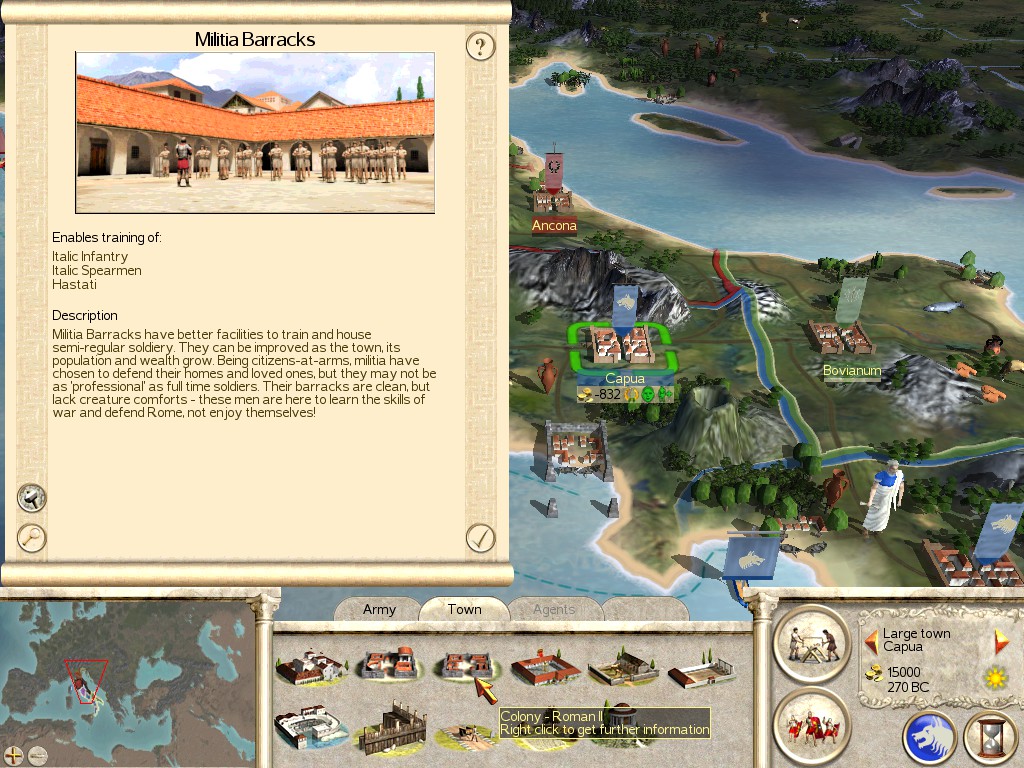 A new recruitment system, streamlined for both player and AI!

The first major change is recruitment and how it is intertwined with culture and colonies. In the older versions, you had to build a colony, then build a recruitment center and then build your military infrastructure. That frankly, was a lot of waiting and building.. too much if I am being honest with you. So instead I got rid of the recruitment centers, replacing them with nothing. Now all you need to do is build the colony of your factions' culture and the rest is vanilla from there. All infantry are now tied to the barracks, all cavalry to the stables, and most missiles (excluding some light skirmishers) to the ranges.

On top of this, thanks to the genius of my friend BHL_20 the Colonies have been vastly expanded. You still will have a base native culture in every region (eastern, western and barbarian) but every faction has a separate colony that needs to be built. They are: Roman, Greek, Punic, Numidian, Pontic, Armenian, Parthian, Scythian, Thracian, Germanic, Celtic, and Iberian. Building a Celtic colony on top of Barbarian Natives will be harmless and even helpful, but building it anywhere there is western or eastern will cause the same unrest as before.

Keep in mind that this feature is in a very early alpha stage.. completely game ready and not a drawback from the last versions, but very raw and ready to be molded into something very unique and crucial to this mod. For now, it's a simple feature that will get the job done. 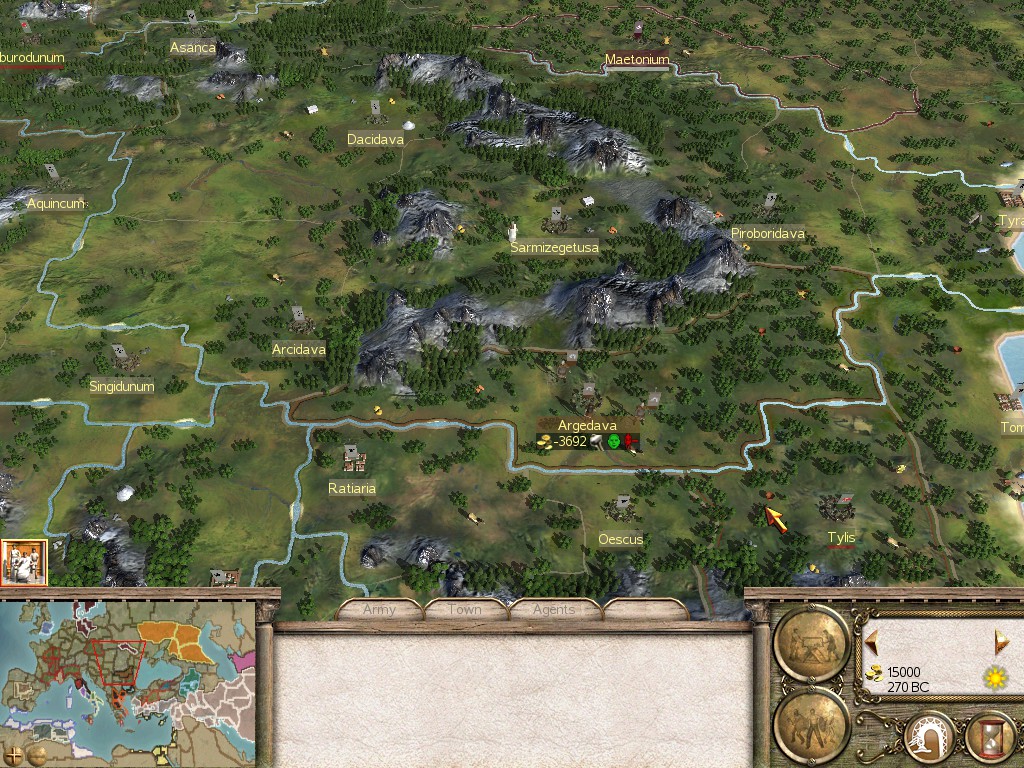 Dacia is just one of many areas of the map to receive a facelift!

The next big thing in this version is the map, and the many changes made to it. There were a lot of inconsistencies and historical inaccuracies that bugged me for a long time, so I finally made things more accurate. I focused on trying to make every region useful as far as balance and game play. Overloading in the middle for historical accuracy or spreading regions into weird areas just for game play was avoided. Instead I took the middle ground, achieving the best of both. There is a full, in-depth synopsis in the change log, but the major areas that were affected are: Germania, Dacia, Scythia, Parthia, Armenia, Numidia, and Gaul. Britannia now is accessible from Land for the AI

Finally there was a ton of help from an unexpected source! Leeroy9000 from TWcenter appeared on the forums with many suggestions. After talking to him further I invited him to apply his ideas. He tweaked many stats for units and made some adjustments to population growth and income for many factions. A few key things for you all to know:

1) Generals will no longer be OP, they aren't heroic bodyguards anymore.. keep them alive!

4) Romans are not the OP machines they were before

5) In the campaign, expect a better army composition from your enemies.. the AI will also advance quicker with their settlements instead of being stuck with 400 pop and being in the red.

A full change log of all of his work will be in a text file, included in the download!

- Leeroy9000 for all of the work you did to make the game a better experience, I will be eager to hear your thoughts on this version!

- BHL_20 for chatting with me almost daily with ideas, you inspire a lot in this mod

- Suppanut for always willing to help when I have an error or question, you are a very good friend. Also for XC4 and the colony system

- Lanjane for always challenging me to do better and managing the discord.. you are a huge reason for it's growth and success!

- BlackKnight, Kaiser, Ariaces, milkerman, and all the other players who follow along in the Discord.. whether it's giving feedback, advice or praise, I really owe a lot to you all!

- Drtad (GudeaTW) for giving historical advice as well as collaborating to do some Youtube show casing of the mod! You have helped a lot!

- Mausolos of Caria for always putting up with me, correcting me and being a great friend

- Everyone else at the discord for making this community something wonderful to be a part of!