CryENGINE®3 is the first PC, Playstation®3, and Xbox 360™ all-in-one game development solution that is Next-Gen ready with scalable computation and graphics technologies. Using the CryENGINE®3, you can start the development of your next generation games today. CryENGINE®3 is the only game engine that provides multi-award winning graphics, state-of-the art lighting, physics and AI, out of the box. The famous CryENGINE®3 Sandbox™ editor is a production proven, third-generation real-time tool suite designed and built by AAA developers. CryENGINE®’s powerful real-time renderer is now even better! DirectX 11 (DX11) support significantly enhances the capabilities of the renderer within CryENGINE®3, allowing for some of the best visuals ever seen.

Crytek Releases CryENGINE®3 SDK Free-of-Charge the same tools that have been used to create their next generation AAA game Crysis 2. 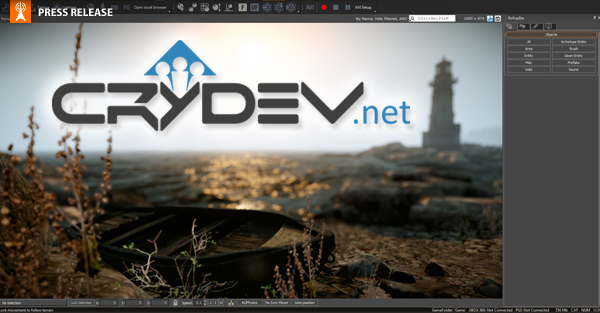 First announced back in April, fast forward a few months and it is finally here. Crytek has released the Free-of-Charge CryENGINE®3 SDK , the same tools that have been used to create their next generation AAA game Crysis 2. (For PC, X360 and PS3)

Crytek wrote: It includes the CryENGINE®3 Sandbox™ level editor, a production-proven, 3rd generation “What you see is what you play” (WYSIWYP) - tool designed by and for professional developers.


According to Crytek you will have the same tools that commercial licenses can use. It allows you to create a game from scratch. Crytek also ensures us that the SDK will be updated regularly.
If you want to release your game onto platforms other than PC, or you need access to CryENGINE 3 source code you will need to contact Crytek. 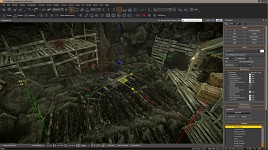 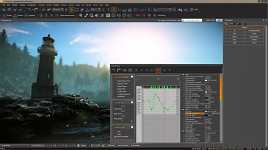 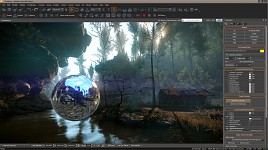 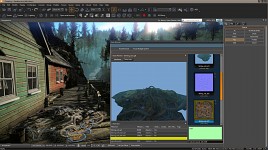 With the release of the SDK Crytek encourages developers to use their engine and hope it will attract new (Indie) companies.

The SDK can be used for free if you want to create non-commercial projects such as games, school projects, movies and so on and so on.

If you wish to create a commercial game, for example an Indie game, Crytek is offering a royalty-only license model where Crytek requires 20% of the developer’s revenues from the commercial launch of their game.

The free toolset is available for download on ModDB or at Crydev.net

even though im not a dev. im getting this for the fact that its free and i love editing kits thanks to garrys mod

since when was Garry's mod an editing kit? lol. I assure you, this is QUITE different than just spawning things in a world and sticking junk together.

Garry’s mod allowed you to place things where ever you wanted it, and was practically a mod to be modded. In other words it was a very flexible 'game' that could be moulded by the player similar to an SDK but SDKs are much more advanced.

There is the 32bit executable too for the sandbox?

Thanks for the reply, downloading :).

Developing on a 32bit OS.

i wasn't trying to troll, i was serious why would they make those at this point in time, they would probably be slow compared to the 64bit

Because many people still use 32 bit OSs.

Which is the problem really. People need to catch up.

Great article again Duruk!!
thanks for sharing this with us,
this is a great engine and looking at Crysis 2,
(that only represents a part of what this
engine and editor can do)it is clear that it can
give the right tools to indie developers.

i still am not done with my last HL2 ep2 sp-mod,
but as soon as i am done i need to look in to
engines and editors for a future indie game that
i want to make. And this one will be on the top
of my list to look in to, that is for sure!!

Your welcome Leon. Hope to see your work on CryENGINE 3 for your next project.

I used to want this kind of stuff, but with the coming release of the id Tech 4 engine under the GPL, I doubt I'm going to use this for my commercial products.

im not even using a gaming card (Radeon HD 6450) and it runs at least 30 fps on low. too bad i dont know how to use this XD..im pretty sure youtube will help me out

Looking forward to seeing what you guys make with our engine!

I put together a quick test with the flowgraph, this engine isn't just for shooters :) Youtu.be

I just been playing with it for 2 hours xD. It's pretty decent little engine, kinda same as sandbox 2 with a few new features and improved graphics.

this made my day, we're going to get some awesome products out of this.

Oh and don't forget to share your work on: Moddb.com . Post your CryENGINE 3 videos, screenshots and news.

Are you sure it's 20%? I don't see that mentioned anywhere on their website or in any of the other press releases. All it mentions is you need to contact Crytek for an indie license.

Crytek.com
On that note 20% seems pretty reasonable for what you get, I was expecting a bit more of a hit in the pocket.

Cry-Ruan is a Crytec employee so if he has not denied that maybe it is true. But i personally am more interested on the idtech 4 engine source.

20% is indeed the correct figure.

Been waiting for this! Can't seem to get onto crydev at the moment though, so hopefully the download from moddb is going to keep up, just 10 more minutes, seems much longer than waiting for the whole 6 months.

Looking forward most to level streaming, if it makes its way in an update (or is already in?), going to finally begin messing with anything new and transferring everything I got now into it. Things definitely looking good.

What problems are you having exactly? Is the site just being slow?

Kind of late reply, but yeah, firefox was showing a 'server not found message', put it down to a heavy traffic load, as I could not login with crydev for the tools either. All good now of course, just usually get a timeout error I would have thought.

The release has now ruined my year though, think I'm going to miss Christmas this year... :D

Yes, the CryDev (forums) site is slow. I had two time-outs. I love the SDK but have lot's of questions. Please, have a look if something could be done.
Cheers :)

“For those who want to make the step into commercial gaming, we’ll offer a royalty-only license model for games made with this SDK, where Crytek require only 20% of the developer’s revenues from the commercial launch of their game.”

I don't plan to use it since we're pretty happy with UDK but I do wonder how you create games from scratch, does this ship with some sort of programming interface à la Unity, or what?

The game runs from a custom game DLL, built from a C++ solution, and uses Lua for certain scripting aspects. Our proprietary Flowgraph visual scripting tool is used for most in-level events.

I've been waiting for this since I knew about CryENGINE :)
Downloading now.

Would I be right in saying that you could theoretically play mods for free with the SDK?

If so, double rainbow.

It's not so much modding as there's a limited range of example content, most things need to be developed from scratch. :)

Suppose, yeah. It would be rare that someone would make a mod from 100% original content. Still, it's possible :P

Isn't workin for me Winrar says unknown format?If anybody knows the problem or got it to please pm me!

Tried a different archiver, such as 7zip or Windows' default exec for it?

Or it may have been corrupted while downloading. You could try to download it again (or from the mirror site)

I have to thank you guys for putting it in ZIP. I prefer the default compression software.

Downloaded. I look forward to learning this.

I wonder where all the folks saying Crytek has abandoned it's PC community have gone? They were screaming about no sandbox, no DX11 in Crysis, expensive SDK, blah blah blah. I wasn't impressed with Crysis 2, but I'm happy to see Crytek disprove the skeptics. Right now, I'd place Crytek up there with Valve and Bungie, when it comes to pleasing the fans. Now if only they would drop EA as their game publisher ;D

I consider Bungie around the level of Infinity Ward/Activision actualy. No, I love Halo. Yes, what made me dislike them is their total ignorance towards their own canon with "Halo: Reach".

But I am glad CryTek got their minds together, EA does not sound so evil at all anymore actualy with CryTek and DICE working for them.

Follow
Mod SDK & Community
Built a game for CryENGINE 3 and want to support mods? Try mod.io, a cross-platform mod SDK created by Mod DB which makes it easy to get a mod community up and running in-game. Currently seeking games to integrate and promote