This is basically reskin pack for all the weapons and adds a new weapon for every weapon slot, replaces every enemy with a new one, except for Hell Barons which are only slightly modified. Adds new hud and a optional "realistic" difficulty" for those who like games fast and deadly. Mutiny also makes use of GZDoom's built-in inventory system, giving you an arsenal of power-ups. Also replaces the bosses with insane new ones. Unlike other mods, It is possible to play this mod without the weapon/monster randomizer, just use the base wad without the spawner. Although it will make it difficult to find the new ammo type (6.68mm only the infantry that replace Hell Knights can drop it) 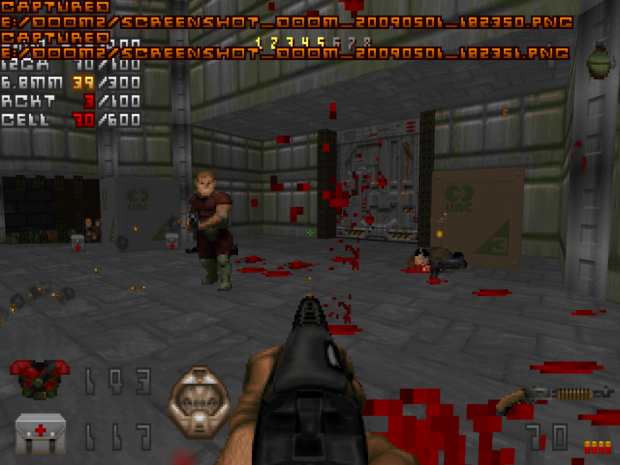 Man this is one of fav mods. I love to use this for custom maps and what not it works great!