This is official Crysis Wars Trial version, published by EA and Crytek in 2009 for their free trial promotion events. Trial version is free for LAN multiplayer and is essential for CryEngine 2 modding purposes. This version can be used to play singleplayer and multiplayer mods, and is officially recommended for download by those mods. It can also be used as a base CryEngine 2 SDK package for mod development.

I'm uploading this mainly for modders who don't want to lose access to the official Crytek's files, which were officially released more than 10 years ago on various sites, most of which are non-existent today. The game is useless on its own, since Wars is a multiplayer-only game and GameSpy servers were shut down, so multiplayer is not available anymore. But it's important as a free base for Mod SDK package, which provides level editor, source code and a SinglePlayer mod.

EA AND CRYTEK TEAM UP GIVE THE GIFT OF CRYSIS WARS

Looking for something to do during the holidays? EA and Crytek are teaming up to give the gift of gaming – in the form of 10 free days of Crysis Wars, the new multiplayer suite for Crytek’s critically-acclaimed Crysis franchise and part of this fall’s Crysis Warhead. Crysis Wars will be free to play from December 19th through December 28th, and will include the Holiday Map Pack Crytek is releasing this week for existing Crysis Wars players.

Starting today, gamers can take advantage of this great offer by registering online at www.mycrysis.com and by downloading Crysis Wars. After registration, players will receive a unique key generated on the site that will be saved to their profile, allowing them to play on all online multiplayer servers from Friday, December 19th at 11:00 AM PT to December 28th at 11:59 PM PT.

Crysis Wars is part of Crysis Warhead, the follow up to Crysis, one of the highest rated games of last year and winner of Editor’s Choice Awards from IGN and GameSpot. Crysis Wars includes three diverse multiplayer modes, InstantAction, TeamInstantAction and PowerStruggle, with 21 diverse maps ranging from large battlefields to smaller, more intimate battlegrounds.

• Savanna: The large savanna plains in the neighborhood of the Victoria falls provide ideal maneuvering grounds for heavy armored vehicles. The North Korean army has found out about this training facility and launched an attack on the US forces. This large map is perfect for 24-32 players.

• Frost: As the Alien invasion progresses, new crash sites are discovered around the globe. In the region of Trondheim, NK and US battle it out for new energy sources. This small map is great for 8-16 players. 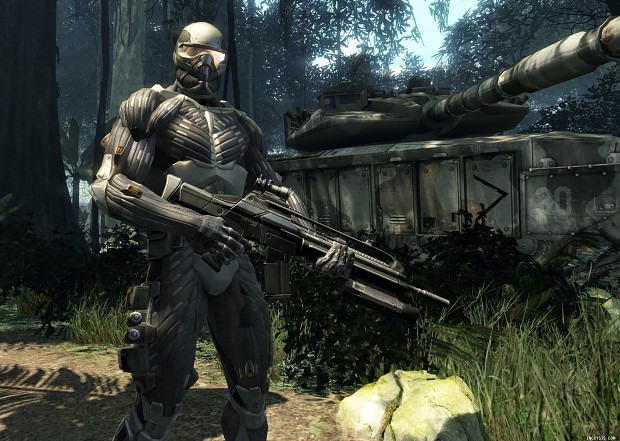