This..Is D!Zone Gold, The final CD to be released by Wizardworks in 1996, It contains 3000 Levels for both Doom and Doom II in addition to an new launcher for wads, and various other stuff, This is the most controversial release by Wizardworks as it contained Hell 2 Pay and Perdition's Gate by Wraith Corporation, I will accept takedown if this CD is not allowed and this file is not by me either.

*I found this on the Acrhive.org two years ago and decided to upload it here, To run doom wads you need either a sourceport to run them or the Collector Editions of Doom launcher. 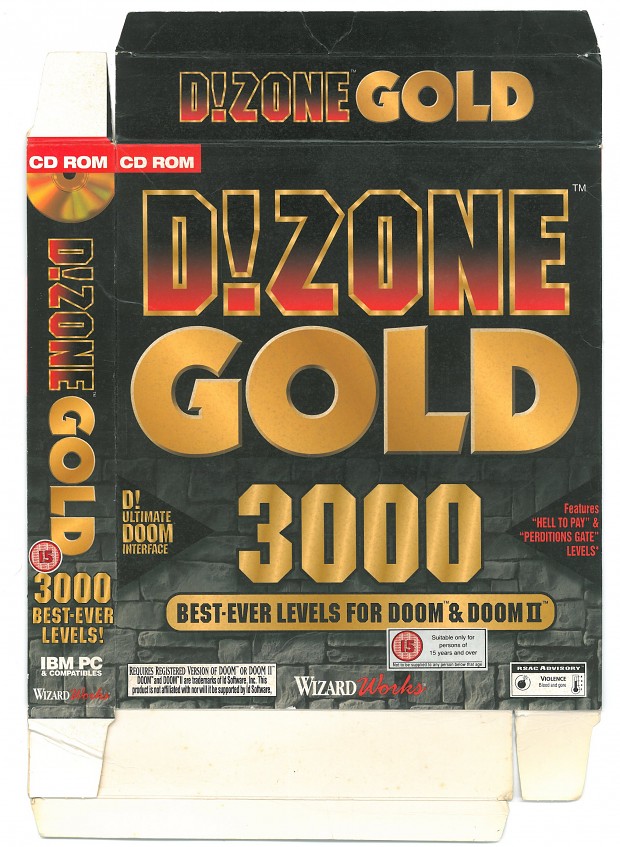