Just the cheats for Rogue Squadron, and to make it a tutorial how to enter them and what they do. 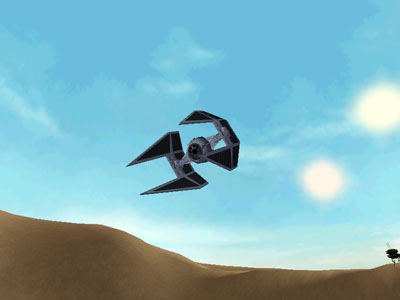 To enter a passcode code, click on SETTINGS, then click on the box below where it says PASSCODES and type the code. If it worked you should hear r2d2 making a bleeping noise.

*RADAR Upgrades your radar to show you the altitude of
enemies in your area.

*MAESTRO Opens up the music hall of the showroom.

*DIRECTOR Go to the movies.

*FARMBOY Allows you to pilot the Millenium Falcon

*TIEDUP Combined with FARMBOY, this code allows you to fly Kasan
Moor's TIE interceptor. Go to the Falcon in the hangar and
press up to use it.

#KOELSCH The car (note to do on pc use LukA_YJK's roguecar which can be found here Rogue.squadron.tripod.com)

#HALIFAX?
+ !YNGWIE! Gives access to the Naboo Starfighter. Note
that neither code will make the acceptance sound when
entered but they both work. To deactivate, enter HALIFAX?
followed by anything of your choice.

^BLAMEUS Shows a picture of the people who helped make RS.

*CHICKEN Play a mini game as an AT-ST. B plus Z to shoot, A to go
fast.

*DEADDACK Opens all the levels, including the hidden ones. If you
shut off the game, the hidden stages will no longer be
available.

**THBPILOT: Luke turns into B. Hoppe

PC
If any code isn't listed, it's the same as on the N64 but with no symbols (most pc/n64 cheats i have underlined in the n64 section).

USEDAFORCE Seems to enable the ability to lock on your target using
secondary fire (right click).

WOOKIEPELT Fly the Millenium Falcon on most levels except Corellia,
Construction Yards, Fest, and Hoth.

OOMPAWAMPA All levels and ships.

GOODGUYTIE Fly the interceptor that's hidden behind the Falcon (same as n64 press up when at the falcon.)

CNDDOBY Shows the picture of the team.

DIRECTOR Shows cutscenes. PC: Type this in, go to High Scores, and choose At The Movies.

Quick note:
i never owned the n64 version, because i dont have an n64, i had a sega and a playstation one, so there is no point asking me about the n64 passcodes

Nice post, airborneSn1p3r! You may want to check this old post (possibly for any missed information) Lucasforums.com

thanks mate. most are here, for the pc i have only picked ones that i got to work, and there is very little point in posting two codes which do the same thing.

One note more: actually on PC YOU CAN TRY ANY PASSCODE EVEN WITHOUT KNOWING IT. RoguEdit 2.0 has a feature allowing you to turn on a passcode effect by ticking a corresponding cell. So, THERE IS A PASSCODE FOR KOELSCH THE CAR, and you can try it not using RogueCar. The difference is that you shadow will be correct in this case.