Here we will be discussing how we created the levels in Hole in the Wall!

Hole in the Wall! started as a very simple endless game which later turned into a game with 9 levels, obstacles and coins.

The controls behind Hole in the Wall! are very simple -- you take a flying ball and go through a hole nearly its size. Along the way you also have to collect coins and avoid flying obstacles. Simple controls and difficult gameplay scenarios are what make the game unique.

Each level has unique goals and each level has a name. The game also has somewhat of a storyline but our main goal was gameplay.

Below we will explain each level in detail: 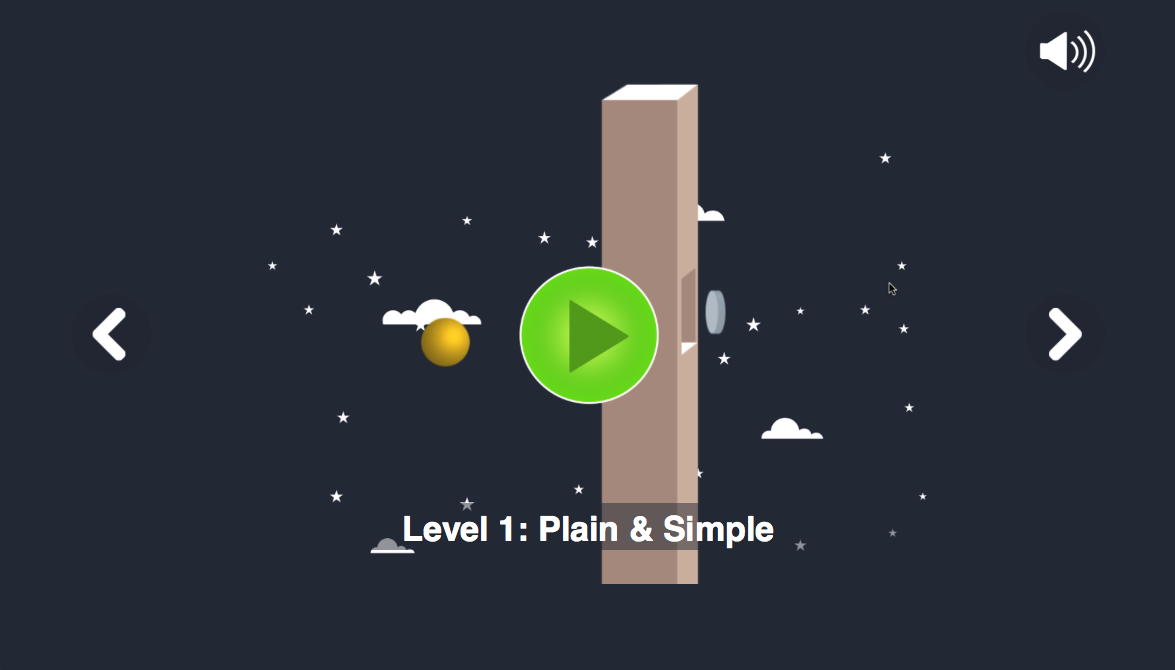 This level should be looked at as bootcamp. It's more like an introduction to the game. It lets you get used to the controls. The obstacles which move aren't very smart and the coins are pretty easy to grab. The holes for the most part are the main challenge. 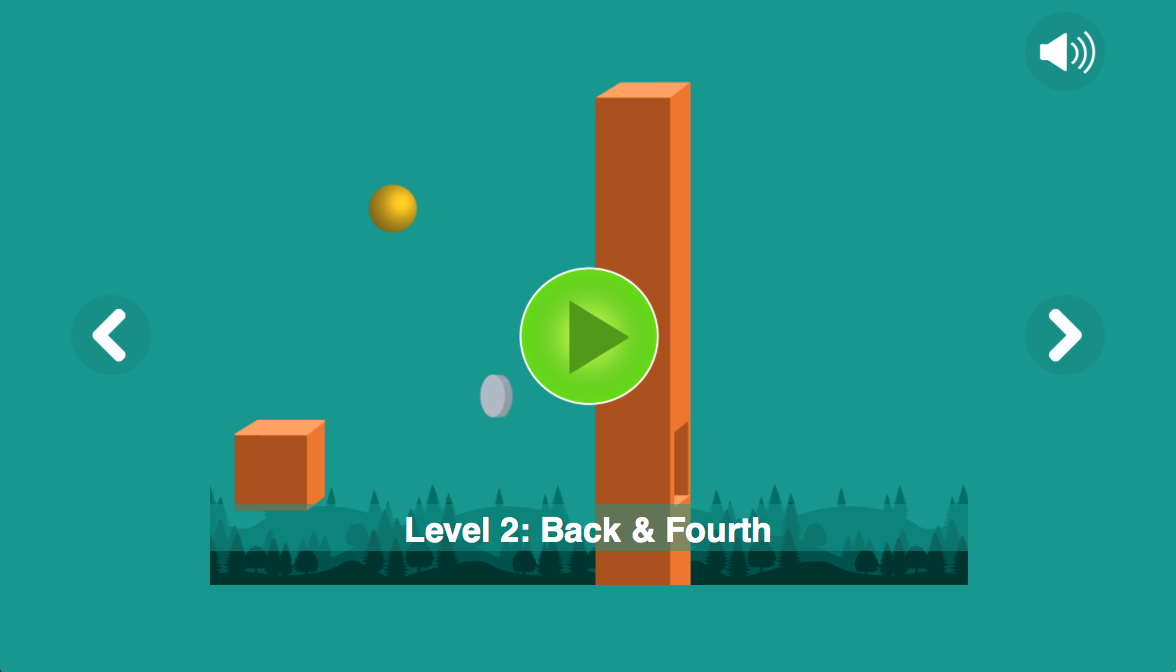 This level offers a bit more of a challenge and has a surprise opening. I won't go over the surprises in the game because I don't want to spoil the game for people but instead will cover how this level differs from the first. In this level the flying obstacles start to move back & fourth. This level starts to test your timing. This level assumes you've mastered the basic controls when you passed the first level. 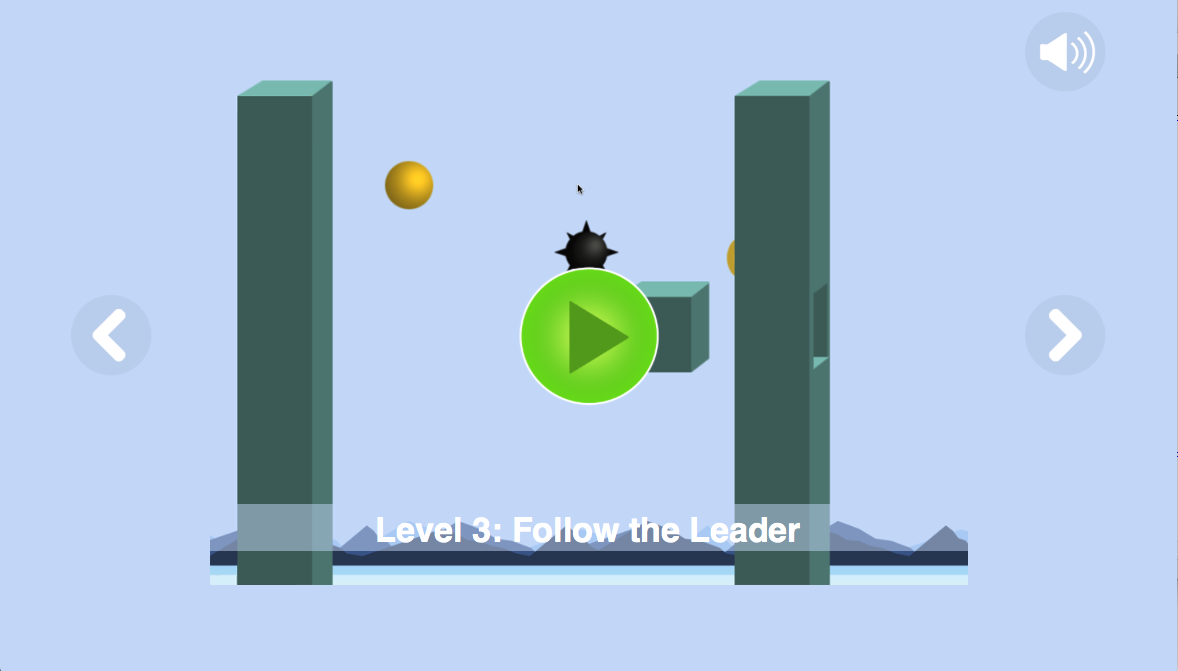 In this level a ball with spikes joins in on the fun. 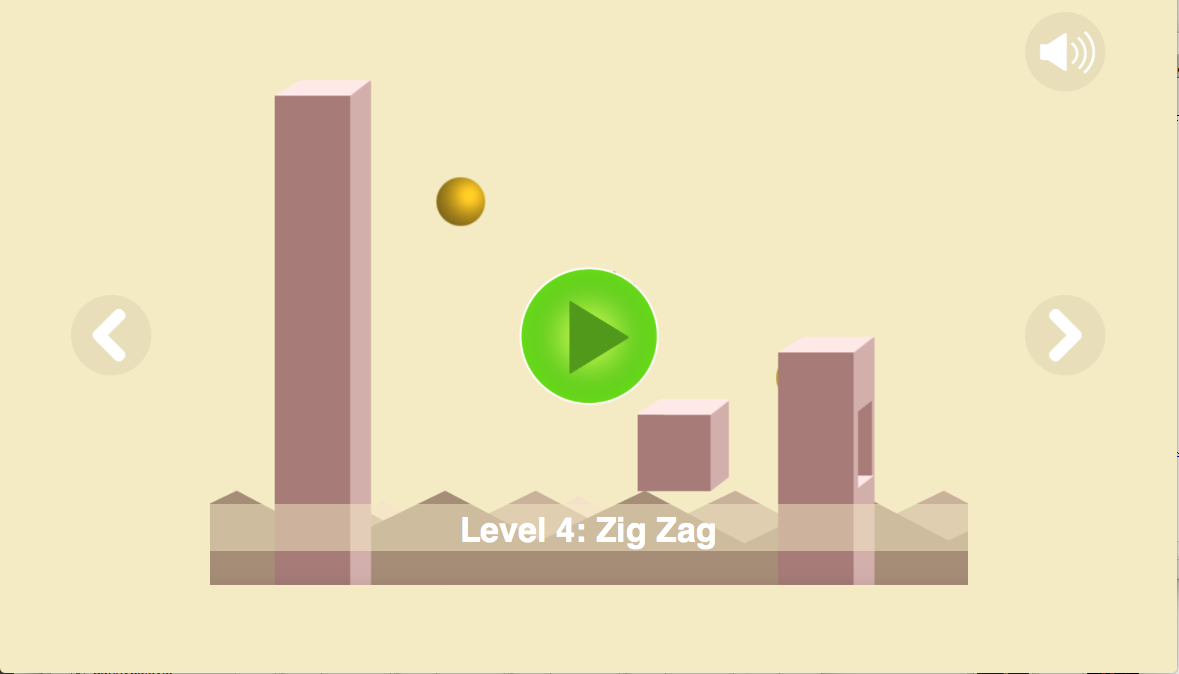 In this level the walls begin to move! This makes the game less predictable because you can no longer see where the hole is until you get near it. This is where you have to react a lot quicker!

Level 5 AKA "All Together": 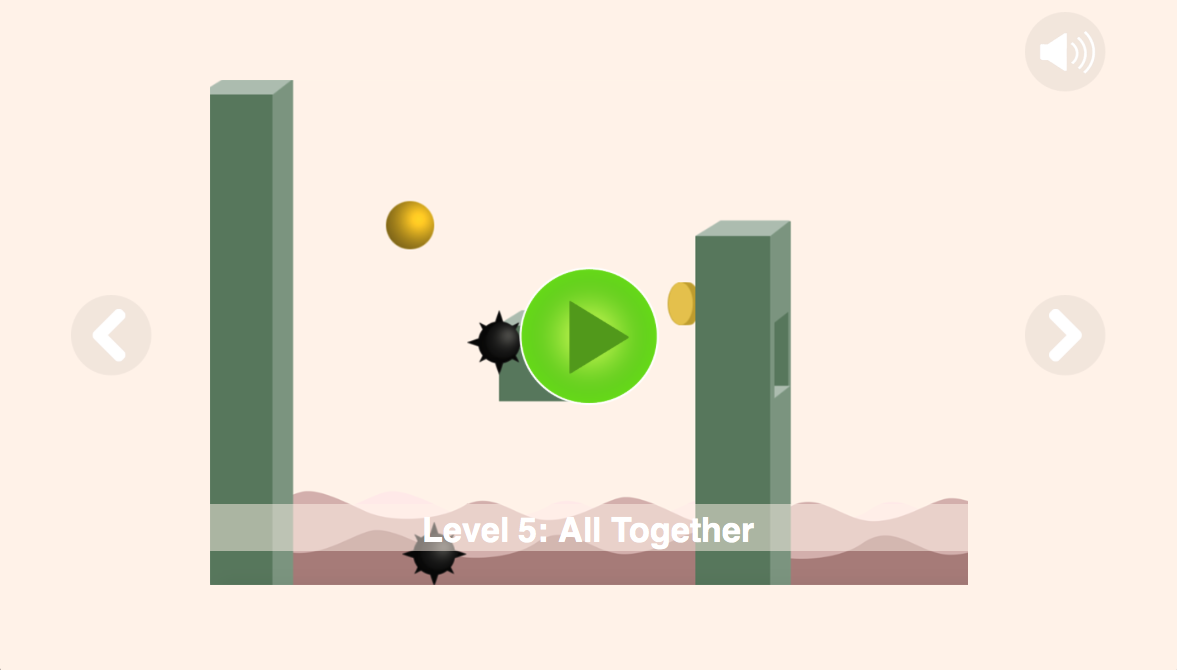 If the moving walls, obstacles and flying enemies weren't enough, what would you say to another ball with spikes joining in on the fun? This spiked ball, however, doesn't chase you at least not yet! 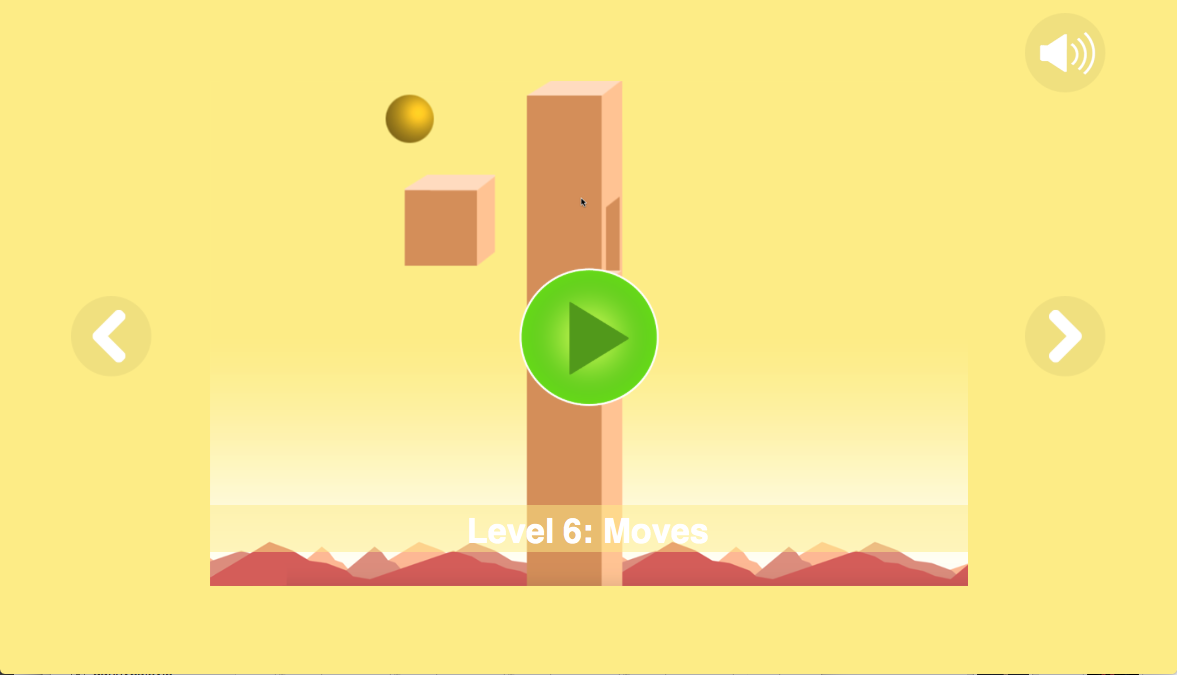 Moving walls, obstacles and enemies. We said it's not enough! What if we make the hole move as well? Why not? That's what we said. What do you say? 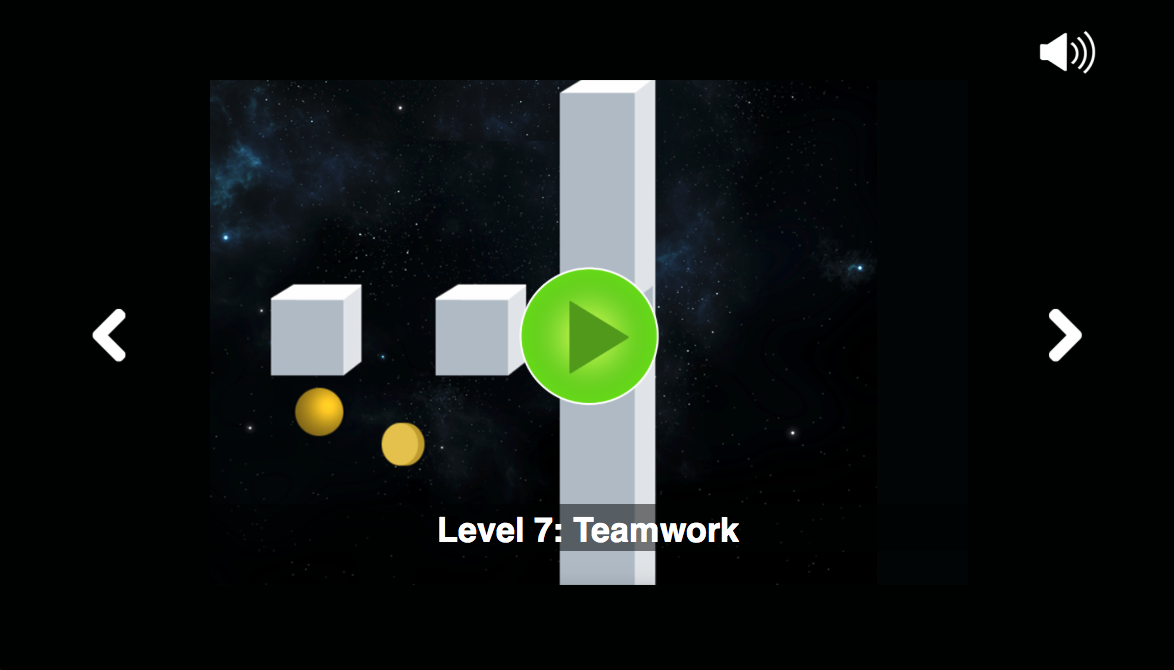 This is where we decided to retire the spiked balls -- at least briefly and instead decided to add another moving obstacle. At first we called this level "formations" because the obstacles form different formations throughout the level.

While this level may seem simple enough, it's actually harder than it looks because the coins are always placed in between the obstacles so you have to wait just for the right moment to grab the coins. 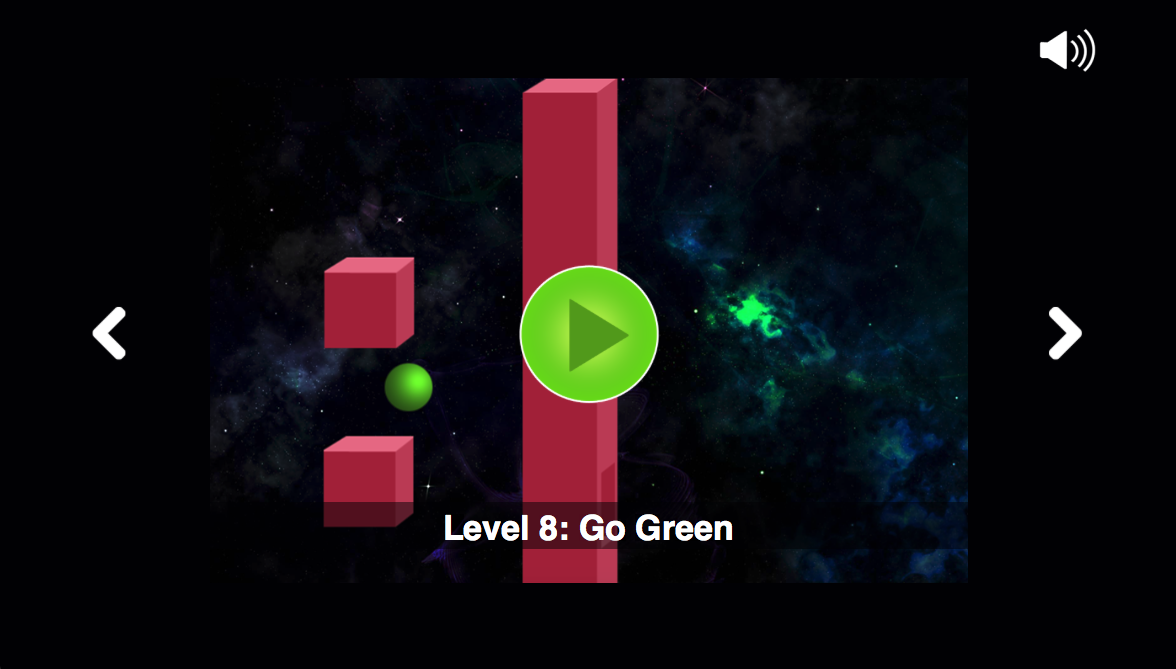 Hey, what happened to the yellow ball? Well if you played level 7, you already know that it turned green. In this level, the obstacles get even smarter and their formations do as well. Can you get past them? We did! 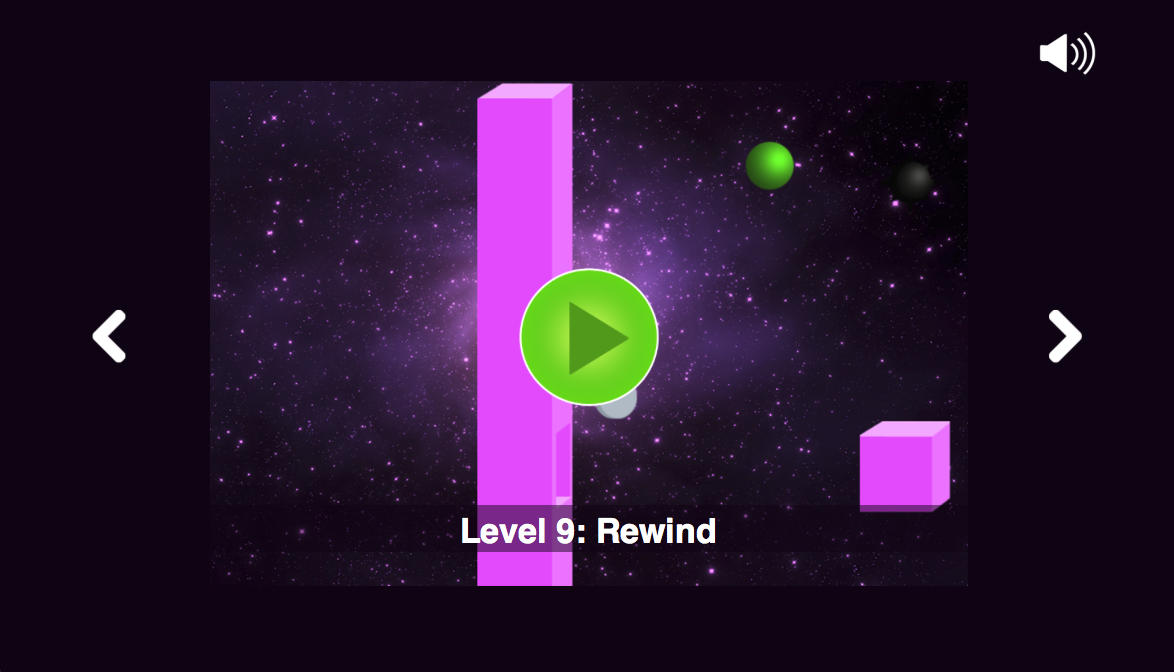 We don't like predictable games. We also assume that you've managed to master the controls by now. So are you good enough with the controls even when moving in the opposite direction?

Our goal, which may be evident, was to give you less and less time to react as you pass more and more levels. This way you have to focus on improving your skills. You have to react quickly. Also the obstacles and holes aren't hard coded into the game. Instead they appear at random times and in random places during the game. This prevents you from being able to memorize a level. Instead you really have to master those levels.

During the development process we had difficulty deciding on the pace of the game and what we should do to make it become more and more difficult as people progress.

Right now the iPhone & iPad version is available on the app store. We are currently working on the Android version and will release it as soon as it has passed our very detailed tests.

If you haven't watched the video trailer, here it is. It basically demonstrates some of the levels which we've covered in this article. Note that we've shot ourselves passing some of the difficult parts in this game in order to prove that the game is never impossible!

Team Hole in the Wall!