The mod is to the point of completion after over two years of work. Through this time, the mod has been through many changes. Zombie Slayer has been released.

Zombie Slayer Released
The mod is to the point of completion after over two years of work. Through this time, the mod has been through many changes. Many of the better changes have been done from people who have helped out with the mod. I would like to thank the following people: 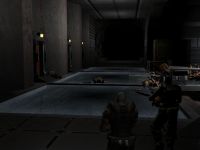 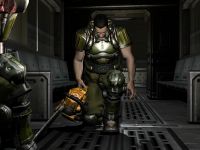 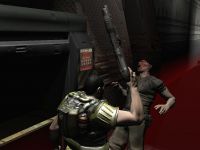 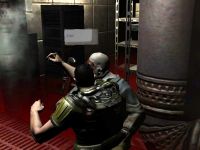 
Install
To install, extract the zip to your Doom 3 directory. Go into the slayer directory (it should be under Doom3\slayer\), and run slayer.bat if you have a standard 4:3 screen or run one of the widescreen .bat files if you have a widescreen display.

Thank you for playing Zombie Slayer, and I look forward to reading your comments.

hahah looks like doom 3 is returning to my pc shortly

Was a bit short, but really awesome, very fun to play through. Amazing work you did there!

I'm gonna play this when I get home, congrat on the release btw!

whoa, cool. Now I have to go dig around for my Doom3 CD.

interesting going to have a look on it.

WHY WERE YOU MAKING ZOMBIES??!!!

Not too bad, I like it. Gameplay looks excellent. My only stipulation is the voice acting. I know you're not professionals, but... Eh... You sound like you're off of House of the Dead. No offense. But everything else looks pretty good. I'll see to it that I try this out some time.

Very fun, cheesy mod! This makes me want to pick up Shenmue again. It could use a few more action levels IMO, there were only 4...

Also, I had a bad case of voice lag and repeated voices. I don't know if anyone else had some of those problems as well.

I'm not sure what was going on there! I am glad you enjoyed the mod nonetheless.

and by the way, the mod was great fun

Thanks! The song is New Noise by Refused.