This update talks about recent additions to the team, and the potential for a kickstarter. 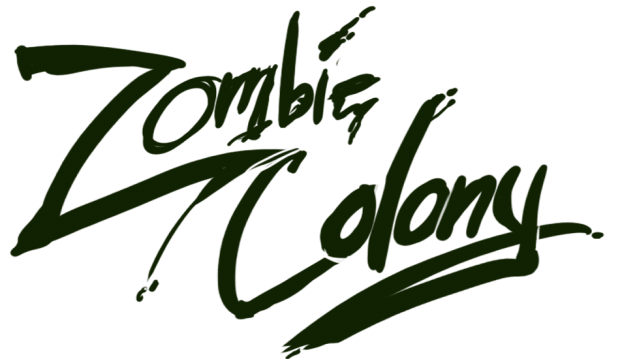 Edit: I have also set up an official Facebook page for the project, located here.

It has been a very busy couple of months. There haven't been too many changes to the code, but that's because I've been working on other parts of the project. It became very apparent after the release that I still had a very, very long way to go until I would even consider the project to be in 'beta', and just how crazy ambitious it really is. It also became very clear that I wasn't going to be able to finish this on my own. I can't tell you how fortunate I am that I met Goldendeed. His mapping skill made my original map come alive. And now, we have an artist that joined the team who I've already started working with to produce some concept art and brand new logos. 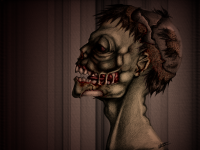 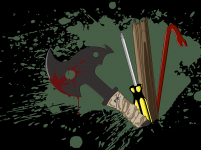 I'll be updating and releasing more concept art as it's made, so hang tight.

Now on to the next order of buisiness... the kickstarter. As I mentioned, this project is something I am going to need some help completing. I'll need riggers, animators, artists, modelers, mappers, musicians, sound engineers and perhaps even additional programmers. These are things that few people do in their spare time for free, and I have yet to even list software I will need. Some of it I can do myself (sound effects and voice acting come to mind) but even then there is equipment I'll need to acquire or rent. This is a big project. This is why I am going to be starting a campaign in the near future.

What you will get out of backing it are mainly collaborative rewards. For example, one of the first (if not very first) reward is getting to name a survivor. Then you'll have things like early access to alpha builds, original copies of concept art, early access to the SDK, etc. etc. Higher rewards will be things like collaborating with us on official parts of the mod such as maps and weapons. I think for it to succeed, everyone needs to be involved.

I am also very aware of the backlash mods receive from any mention of money. I have been doing a great deal of thinking on the matter, and quite honestly, I believe that the community is right, more so because this ambitious project needs to be more than a mod. The kickstarter is going to fund this project as a full, stand-alone title.

What do you guys think? Are there any rewards you would really want to see?

As always, thank you for your support. ^_^ 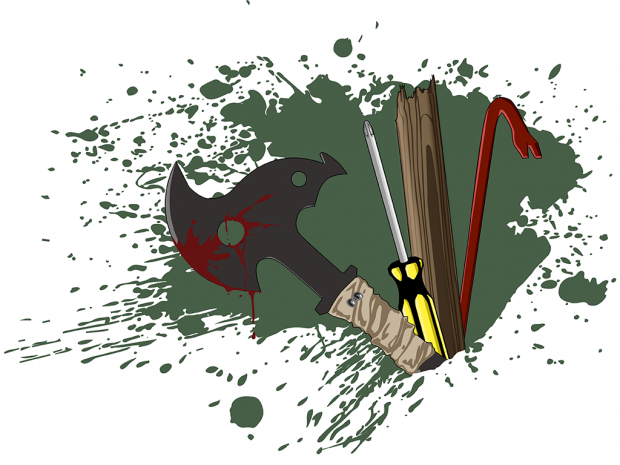 Cool, does this mean it could be standalone if the funding is successful?

I have done a LOT of thinking and talking about potentially making this into a stand-alone title on another engine. The current direction is still for the project to be a mod requiring Half Life 2: Deathmatch. Depending on how things go, it may not require EP2, as I hope to have enough custom content. If things go well enough, I may have something to bring to valve for them to consider giving me a license to Source.

so then why do you need money?

I spent a long time thinking about how to reply to this. I don't want to sit here and write a novel, so I'll sum up my thoughts as best I can.

The assets from EP2 save a lot of time and work. But there are still tons of assets left to create, ie. buildings, enviornments, zombies, humans, weapons, sounds, voices, music, etc. I've found or created what I can by myself by the best of my ability, but there's still too much left that's essential to the game.

Making it a stand-alone title is not off the table. The problem there is it increases how much I would need to raise by quite a bit more, if only to pay for the license of whatever engine I end up using. It also means I would need EVEN more assets to replace all that I had been leaning on from Valve.

this is what modding teams are for, there has been great projects created that didn't involve a kickstarter and for many it's not really a mod anymore when money is part of the project. (beyond the donation thing).

It really isn't a mod after you involve money, is it? At that point it's a game.

I've revised my stance; the kickstarter will fund a stand-alone release for Zombie Colony, and I've changed the article to reflect that.

Honestly? It came down to fear. I was afraid that if I moved away from making a mod, and turned towards developing a full game out of it like it truly deserves, nobody would support it. The problem is that the initial goal I was going to shoot for is now not enough, and I'll have to do quite a bit of re-working of the campaign's plan.

I've also come to realize I shouldn't be scared of developing something independent of a major title... there's an entire community devoted specifically to that now. XD

Im not saying your trying to scam anyone obv, but what i am saying is that if you cant create your game without money like probably 60-70% of all other mods (mine as well), maybe you should lower your goals? finish what you have, get it out there.

Most people don't go stand alone until they know for sure that their game is successful. it doesn't make sense to jump in without a full test, plus a source license is very expensive,and hard to obtain. don't start taking peoples money, or you'll have more trouble than you expected...

I've seen these types of things come up before with mod teams, and it never ends very well. Now this has nothing to do with your team, more-so the public. Typically you will get a ton of back lash asking for money as a mod team, even if your intentions are pure.

In my opinion (what ever that's worth), if you need money to sustain the creation of this mod, then you don't have an idea worth making. A mod team should be creating this for the love of the game, not for money. Modding truly is a labor of love.

Either way, good luck to you sir.

You raise a very good point. Realistically though, I don't have the resources to do this project the justice it deserves. I can only do so much as a programmer. I've done this for the love of the game for the last year and a half, and it's just become steadily more apparent that this is something worth pursuing.

I've revised the news article to reflect my new stance.

I hope you get the Source license because I would really enjoy to see this in the Steam Store as an independent game. Kinda like the game version of Insurgency. This mod really looks great.
I would like to see a mash up of Zombie Colony and No More Room in Hell, somehow, as a game.

Anyway, the mod looks great and I hope you can go ahead with this project.

Just like PHCG said, I would love to see a mash up between ZC and NMRIH, using this mod idea and NMRIH graphics and models and things like that, that would be awesome, could make the game even better, or like you guys want, a stand-alone version, without needing this **** source engine.. hl2 and things like that.. serious, I really hope your project have a nice future!
Peace for now!