The mod is gearing up for it's first release, as well as other big news!

So I realize that I said in the last podcast that I'd post an update after I got back from the meetup, and while I fully intended to do that, a lot of stuff hit all at once.

So first and foremost, the meetup went fantastic. The mod was very well received and everyone was excited to see what was next. However, possibly the biggest news I have is what happened next: I'm now not the only person working on the project. On top of Goldendeed (who made the map look amazing), I now have AndyM84 helping me with the code. He's actually developed games in the past and has literally more than double the experience I have with programming. We spent quite a lot of time going over the code and moving it all over onto his servers.

So on to the next order of business, the status of the mod:

It's ready for a public alpha release.

As of right now, it's still in the testing phase. So barring any major bugs or problems (which is still a serious possibility) the mod will be released in a couple of weeks. I'll explain what 'alpha' means in this context since developers often throw around the terms 'alpha version' and 'beta version' a lot:

For this project, alpha means the mod is playable in the sense that it meets the description I set: you can collect resources, build and defend a camp, and survive against zombies. However, it is nowhere near 'feature complete', which means all the features I want to add are in. The project will reach a "beta" stage when all the features I want are in, such as a full tech tree, traps, and much more.

I feel it's important to mention that again, not everything is in the mod yet!

There is quite a lot in the mod already though, such as a full AI director, control over your survivors, dynamic resources scattered around the map, ways to interact with the map using your resources, and the ability to construct barriers wherever needed (which will be used later on for the full base building mechanic).

I'll leave everyone with a few shots of me playing through the map. If you'd like to get information about the mod as soon as we know, follow us on twitter, @ZombieColony.

So right from the beginning I was attacked by a horde that was waiting outside... 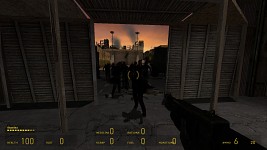 However, I managed to fight them off and repair the broken barricade 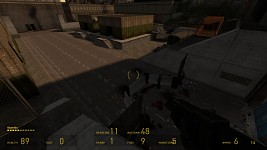 Zombies did make it inside sadly, though the medic and her patient were fine. 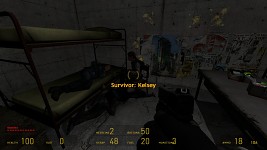 I did a bit of exploring to gather up supplies, and to get rid of zombies on the rooftops 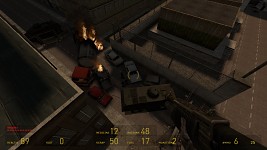 Cleared out the zombies from the fountain area... 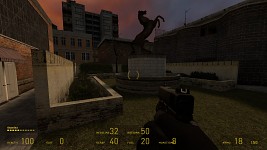 And then finally made it to the gas station! 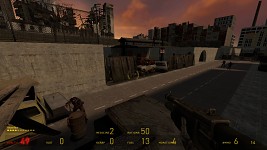 Unfortunately, I found that I ignored too many cries of "zombies!" and when I returned I found everyone dead. So a word of warning, survivors can hold out, but not for long without your help!

This looks hella fun, that's for sure.

I can't wait to dl this

Too much too much! lol this looks GREAT! I can't wait.

I've been following this, but forgot to track. I cannot wait! Looks amazing!