This will just be a small update on the mod, nothing major has really happened with it. I`ll just be highlighting a problem I`m having with the mod right now with a couple new screenshots.

YVR is a big mod, and it`s my first mod, because I ain`t like other modders that`ll just make a really flat map with minimal side changes.

Buuut because of it being so big, and BF2 being so old, the map has encountered some strange problems/glitches over time. The main one I`m talking about that`s causing the most problems, is a very annoying bug that stops me from changing the gamemode layers, like Conquest (layers have all the objects necessary for a gamemode). For non-modders/people that have no idea what the Jawa I`m talking about, it basically stops me from moving things like Command Post`s and vehicle spawns around, and as I`ve edited the map a bit, some of the CP`s and vehicles spawns are in places that don`t suit them, and I have actually moved them, but because of the glitch, they`re still in their original spots.

I`ve tried cleaning the map and seeing if that worked, (cleaning a map usually fixes bugs like this) but whenever I do that, it either messes up all the layers, so for example, starting up the Conquest mode works fine, but you can`t spawn. Why? Because all the CP`s have disappeared (go figure), or, it just makes the map as well as all gamemodes crash.

This makes it very annoying to continue making gamemodes and stuff, because I want there to be CP`s and things in certain spots, but the map just won`t let me. The bug also stops me from making new layers, so I can`t just remake each layer.

But these gamemodes WILL still happen! I`m trying to figure out how I can fix this "anti-layer-updating" bug, but if I can`t fix it, then I`ll try my best with what works.

I also plan to get a semi-custom model into the map as well. I haven`t gotten up to this part yet, this will probably be happening near completion of the map.

Some question you may have

► When will the map be finished?

► Why is it taking so long?

It`s a big mod map, with lots of stuff in it. That and it`s hard finding motivation to continue. I`m a really lazy person

► Will you still continue making it?

Of course, I ain`t gonna just STOP. I`ve done so damn much. It`s taken so long. I`m never going to just stop making it. YVR WILL be released one day.....just dunno when..

Anymore questions? Use the comment section below, I have no life and regularly check back here for new comments.

Now for a couple new screenshots

2 new things you`ll notice in these:

► I`ve added a whole bunch of grass to help cover up the ground, this makes it look soooo much better 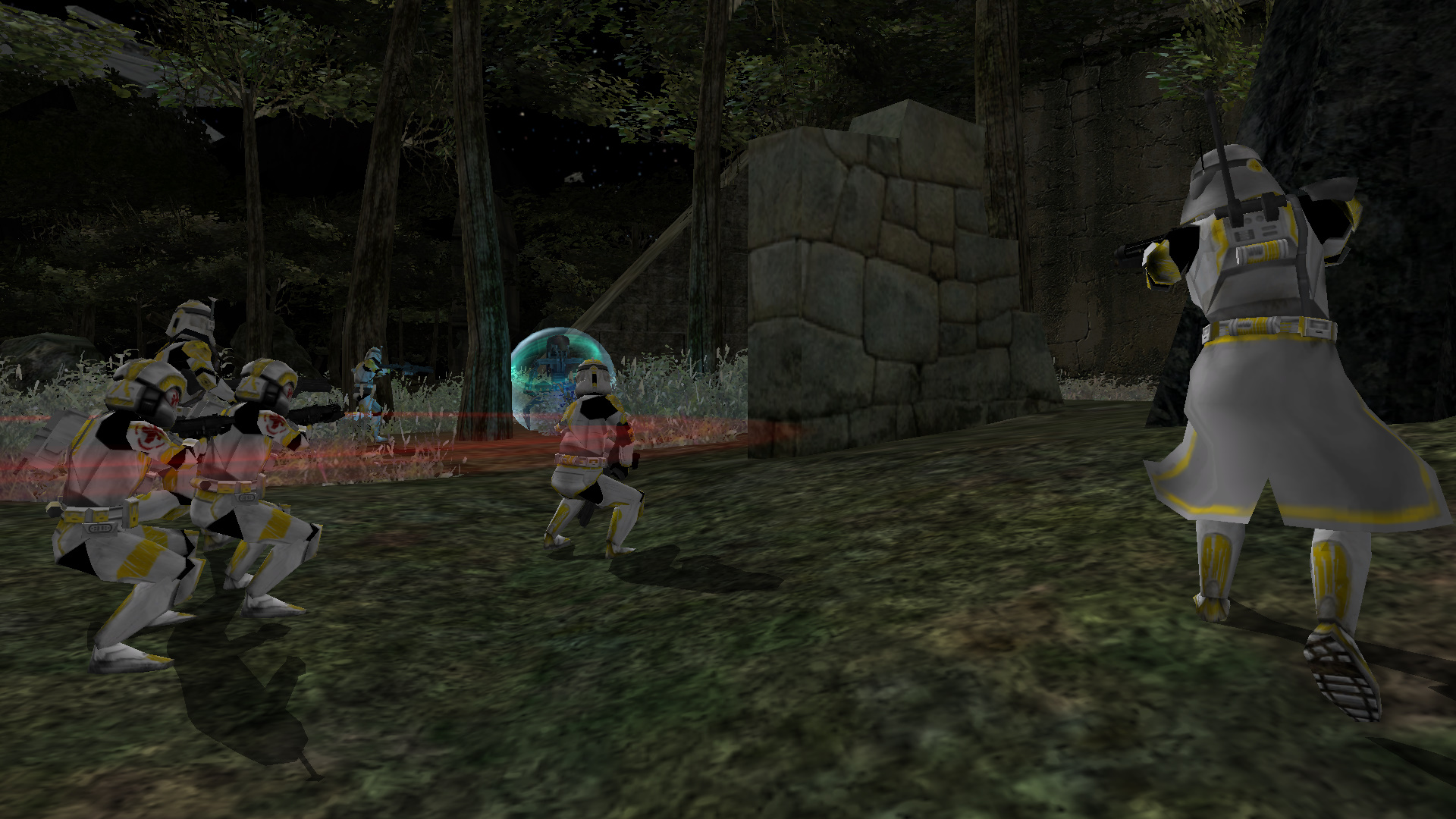 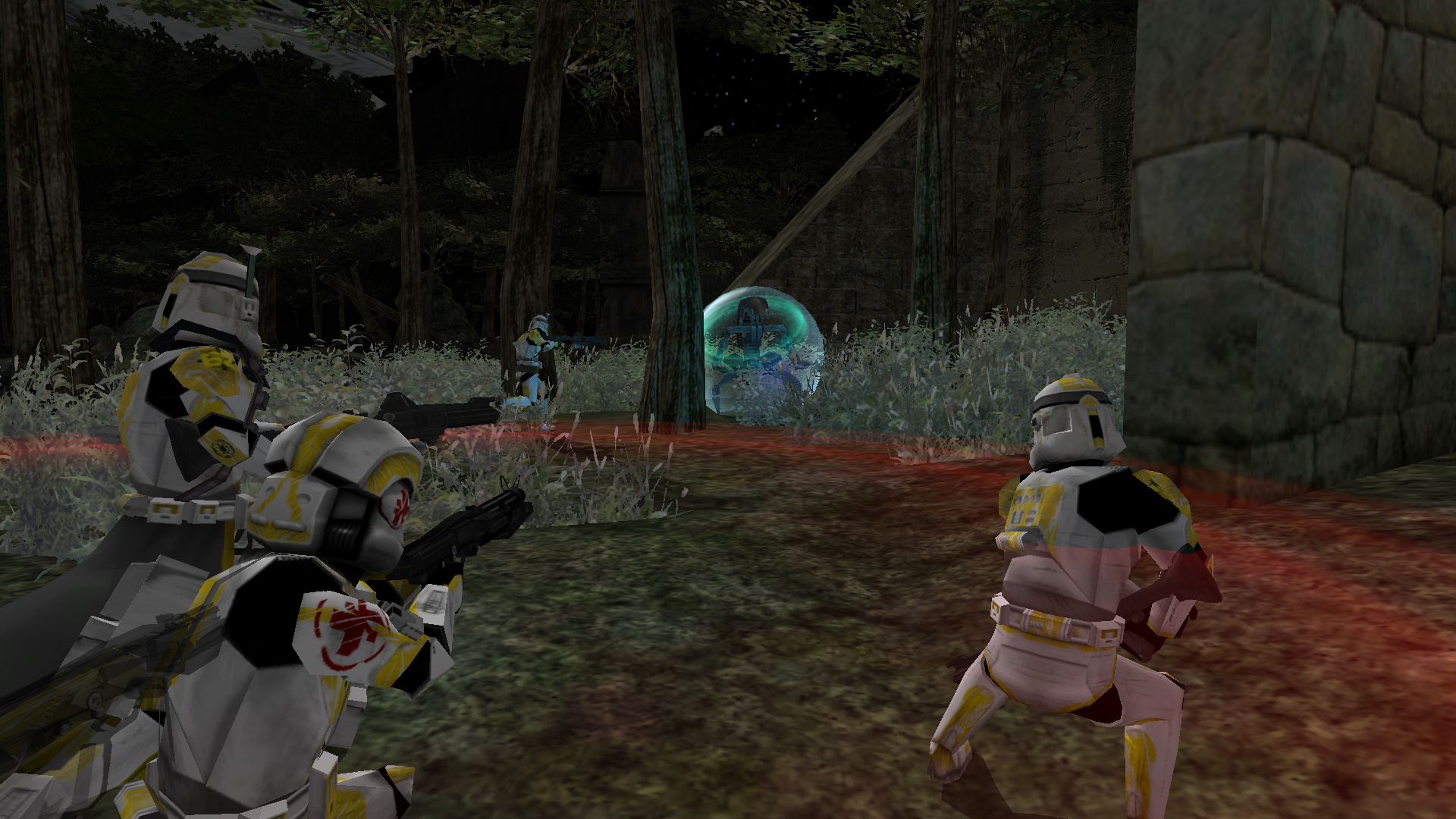 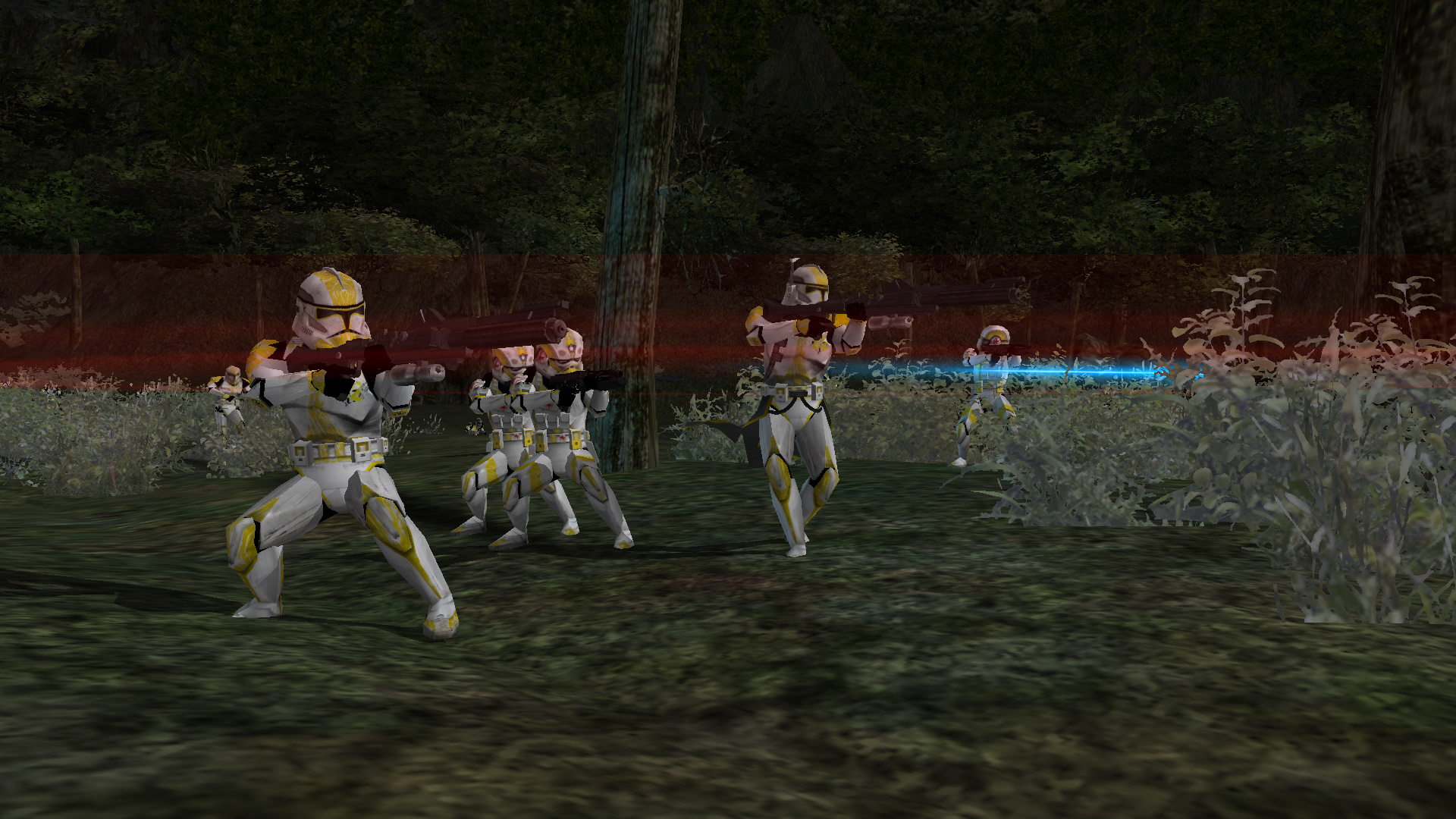 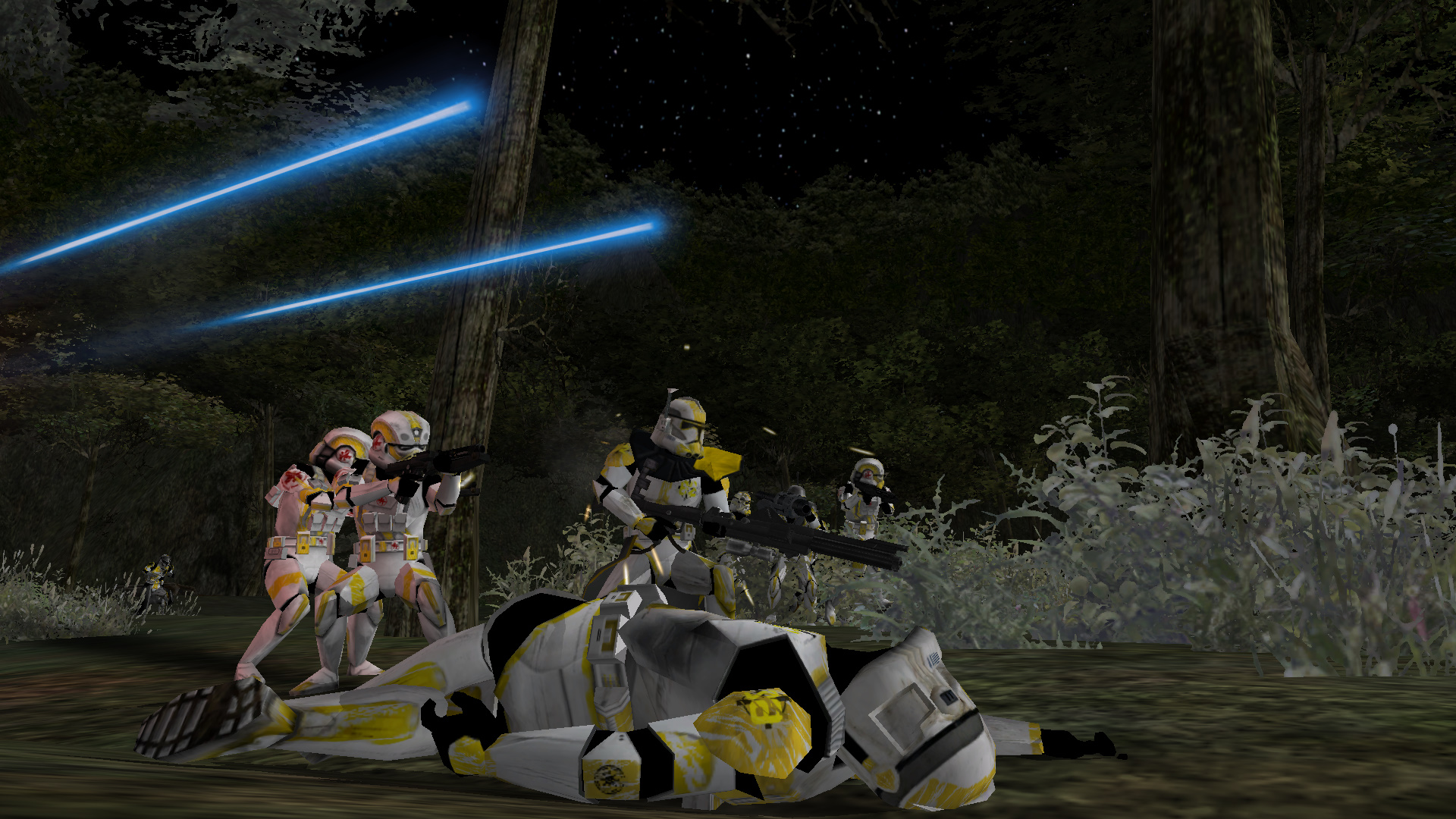 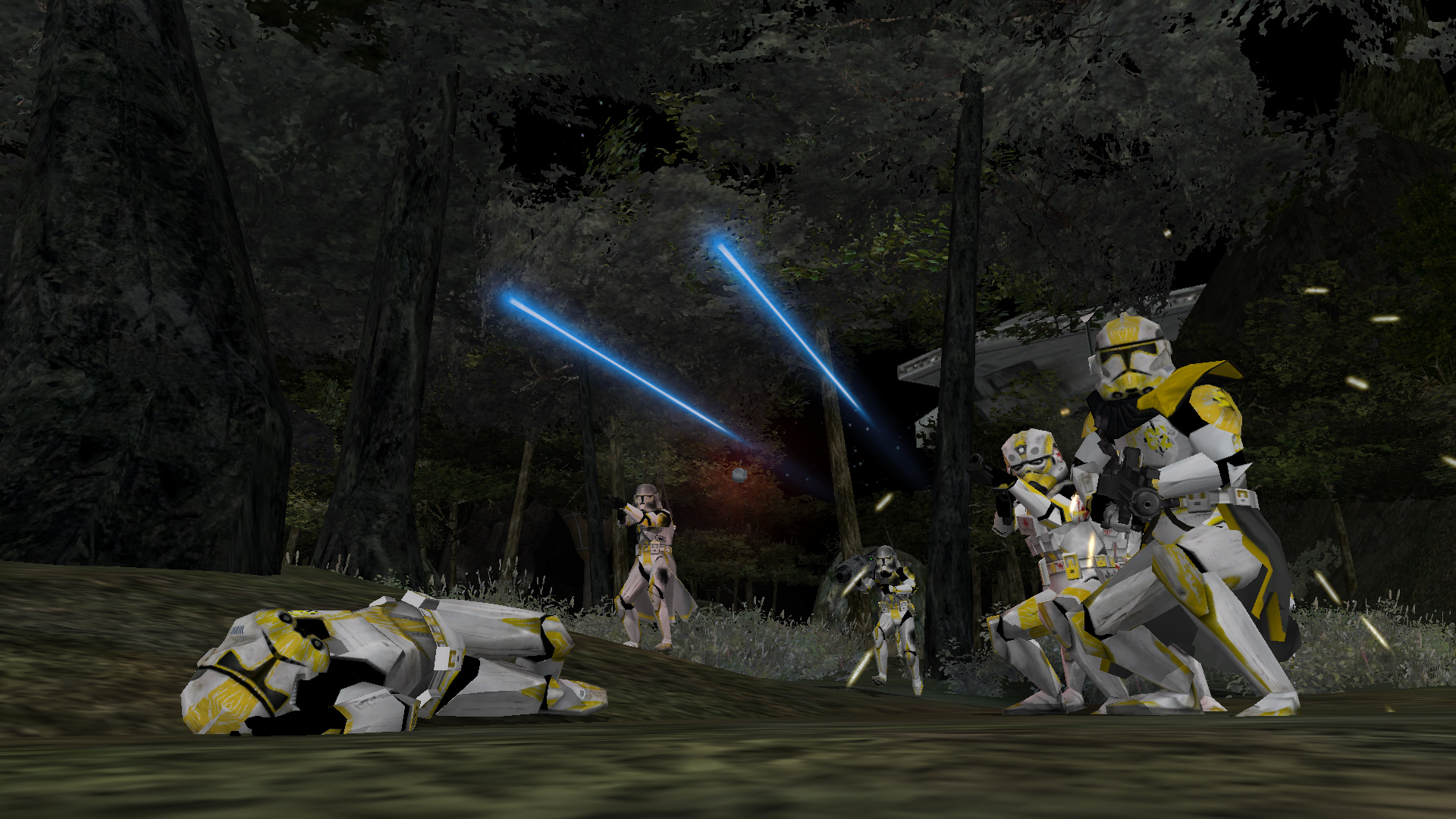 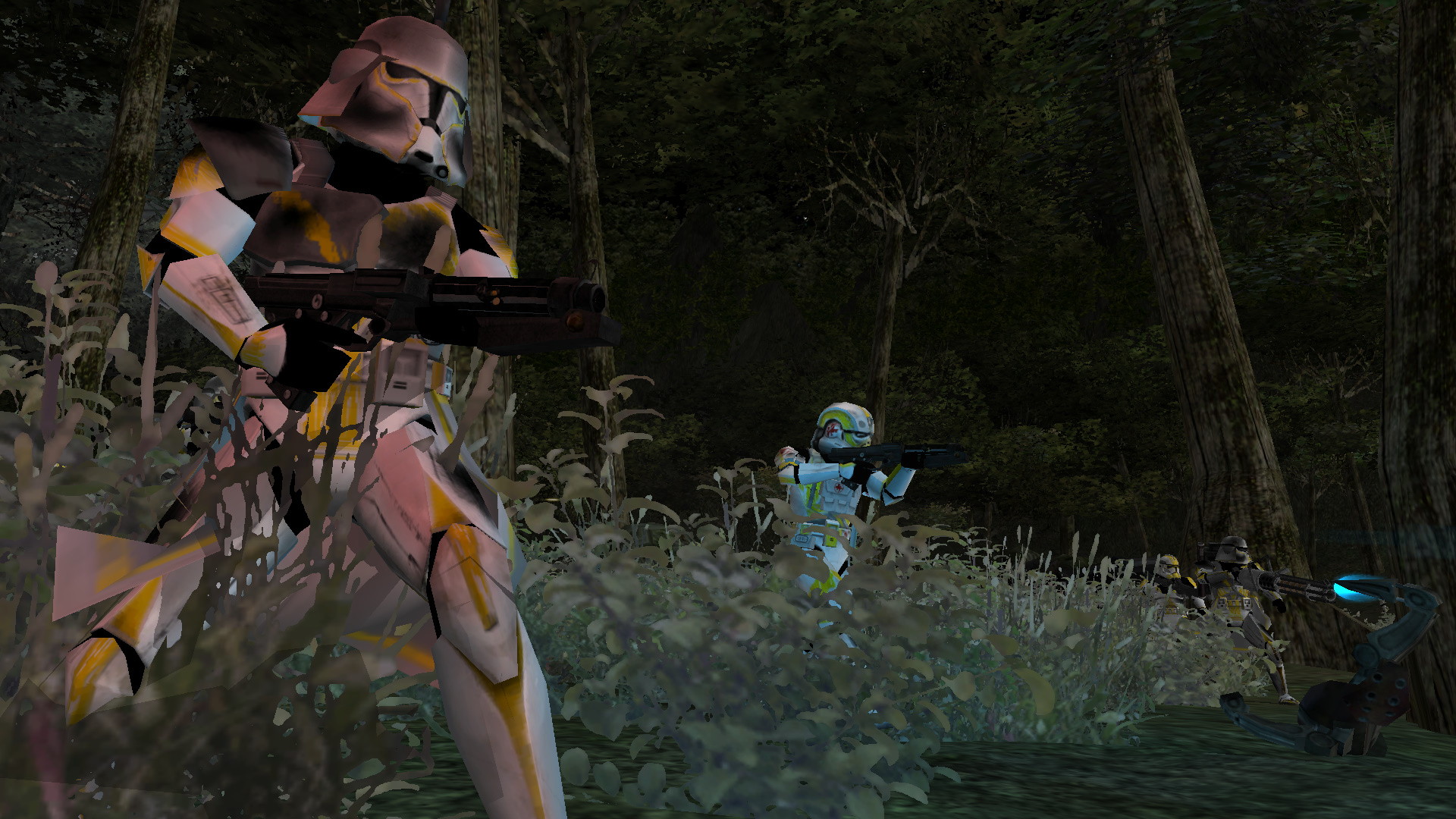 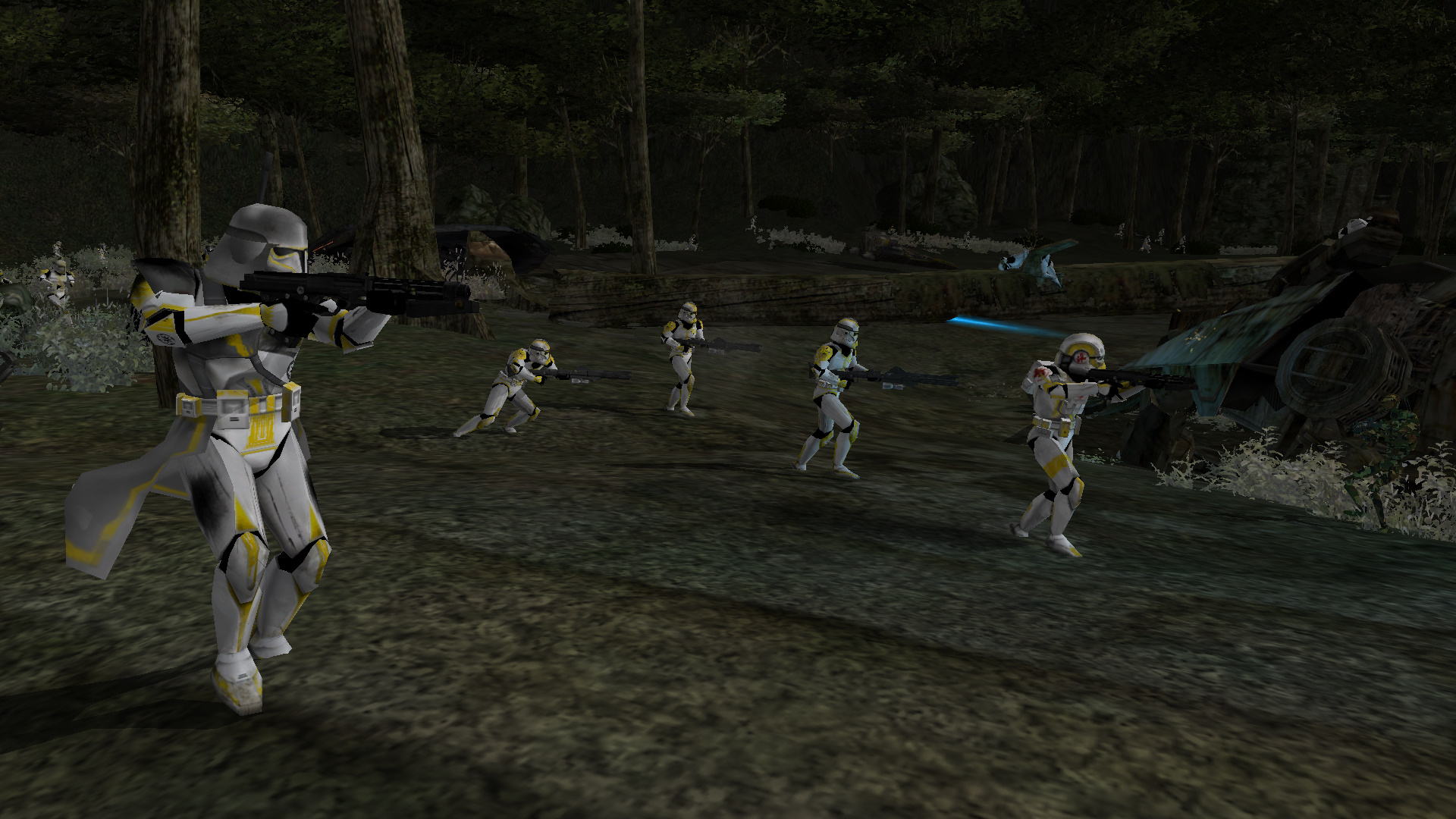 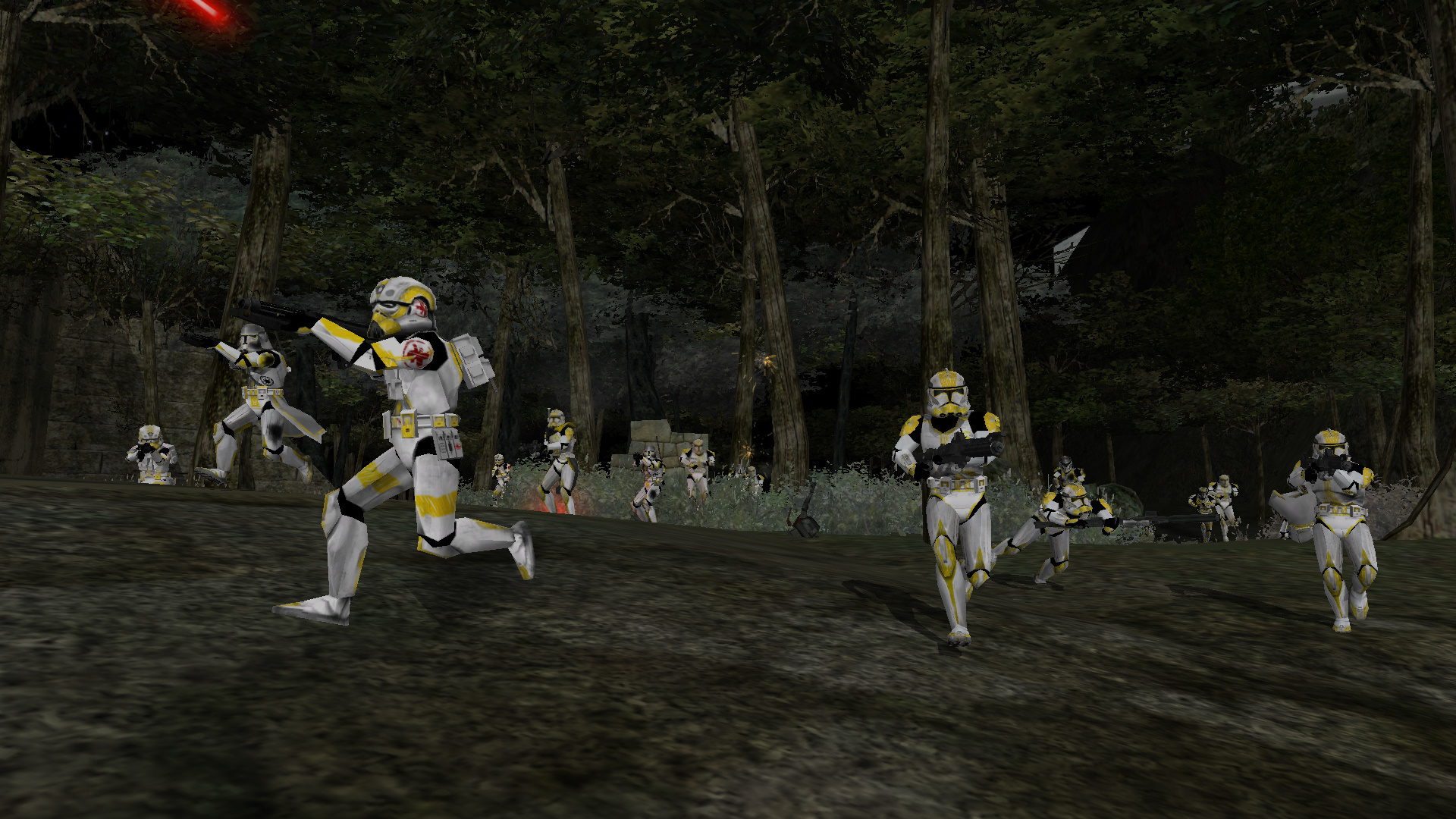 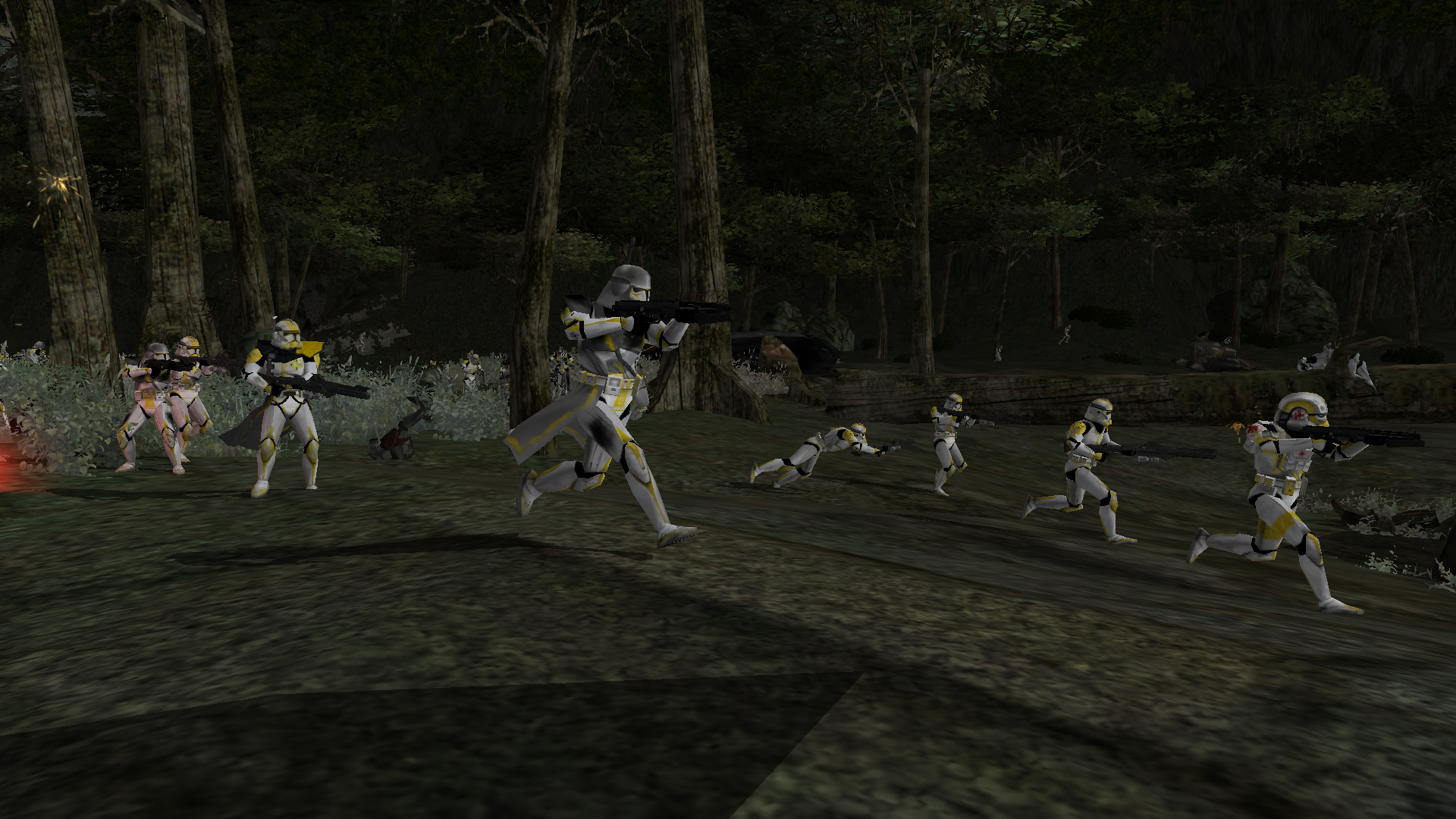 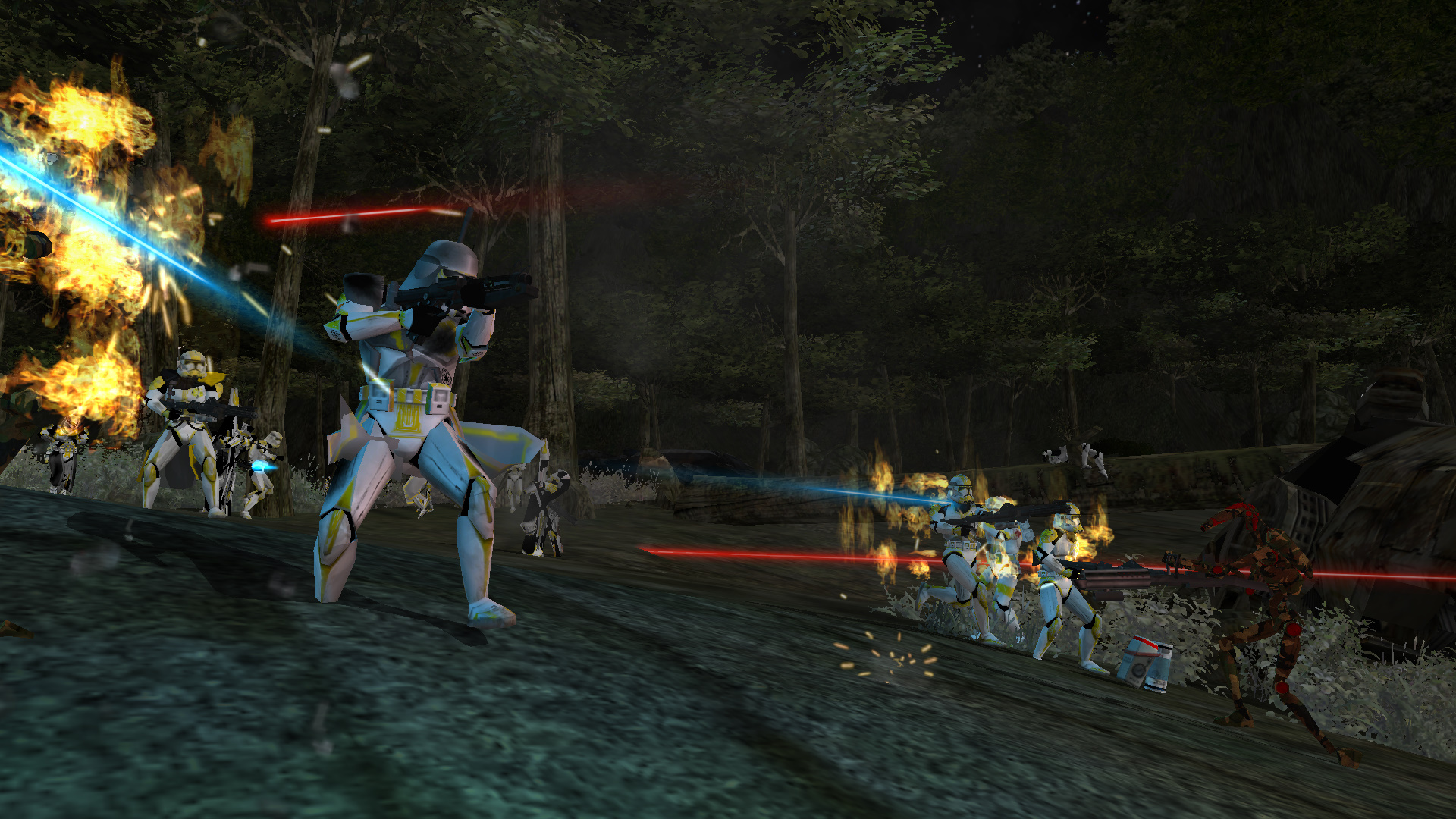 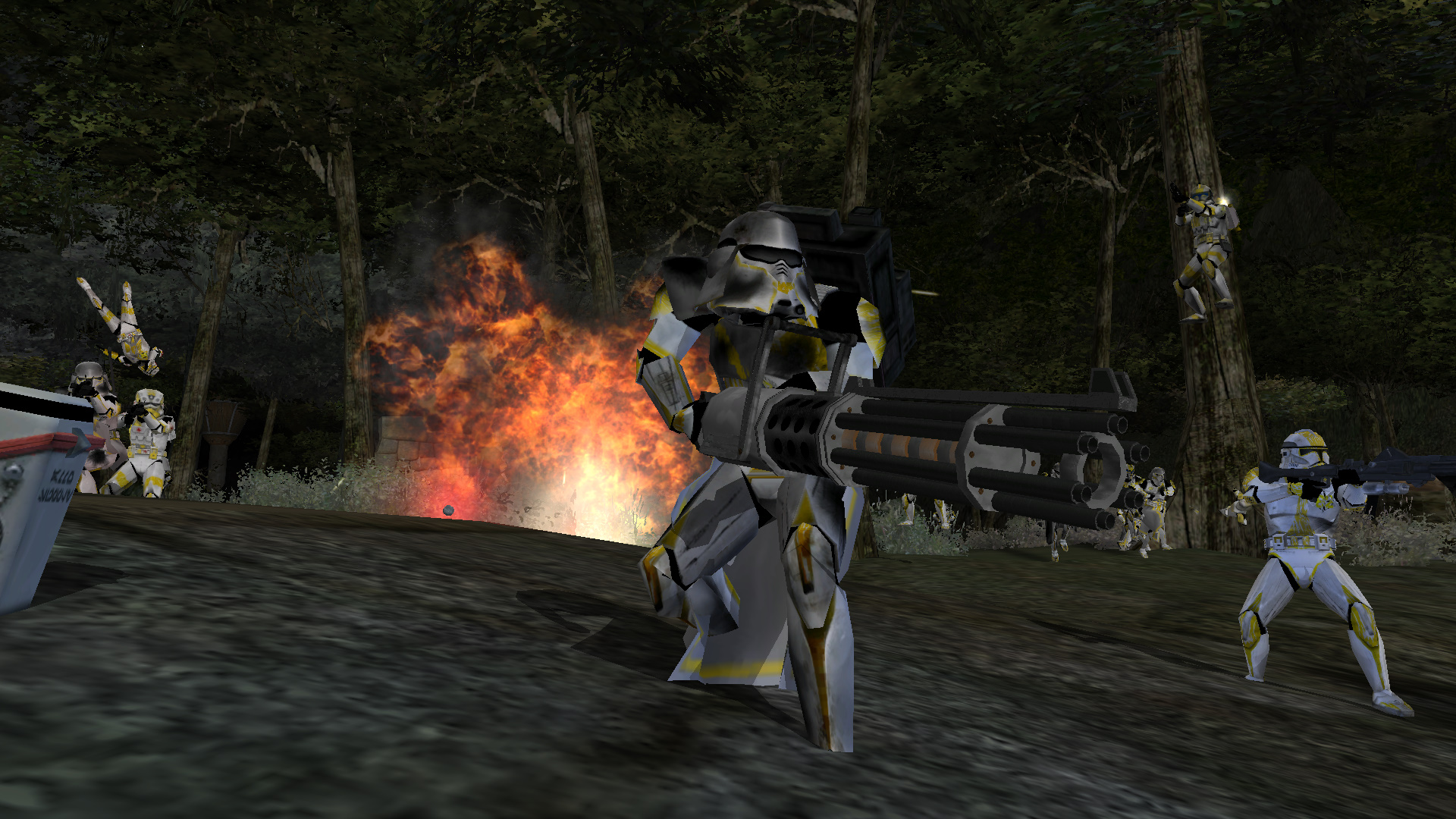 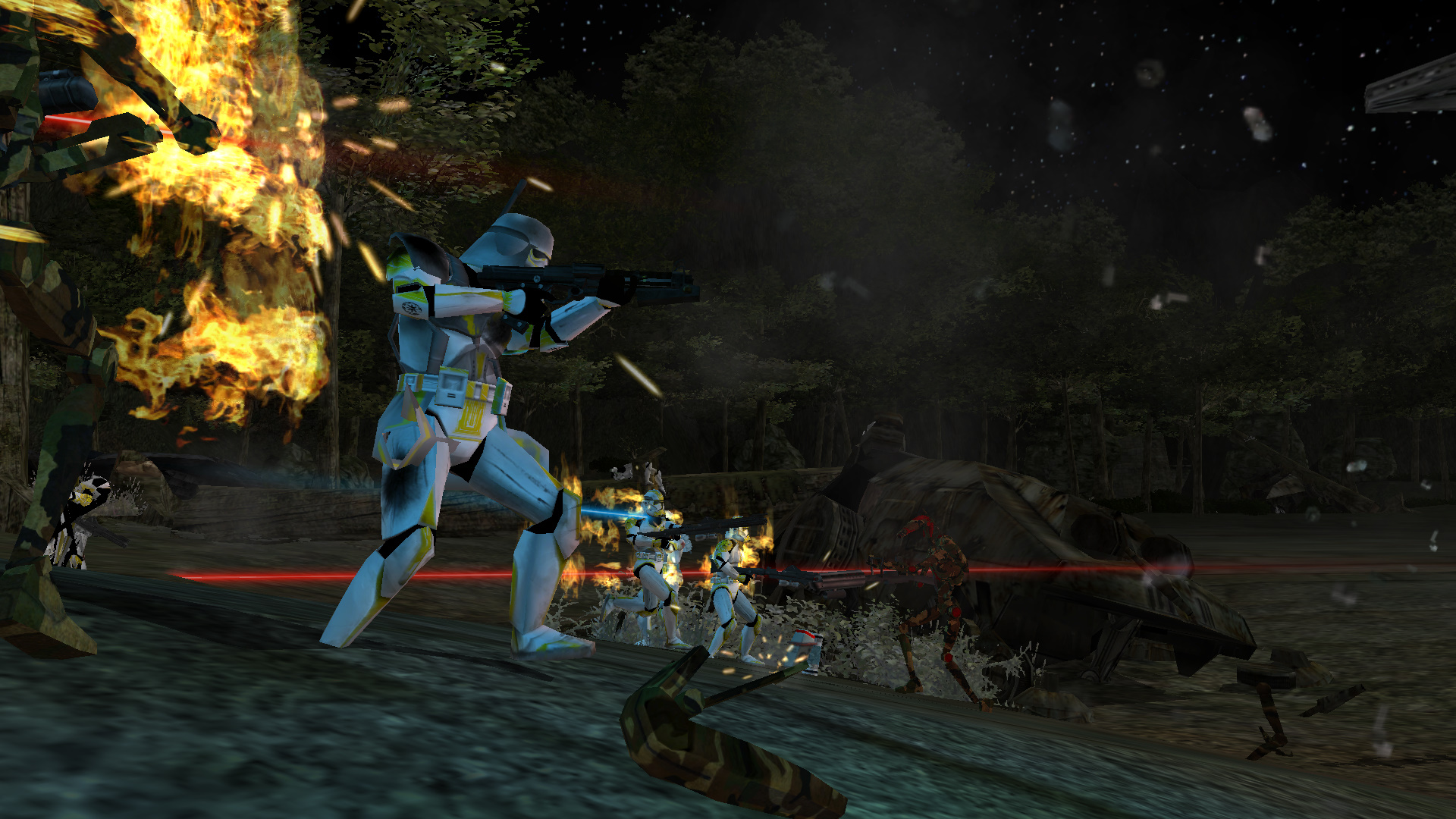 To all the people that are still here and regularly comment, thanks :D

Seeing people comment is one of the things that motivates me to keep working on this. 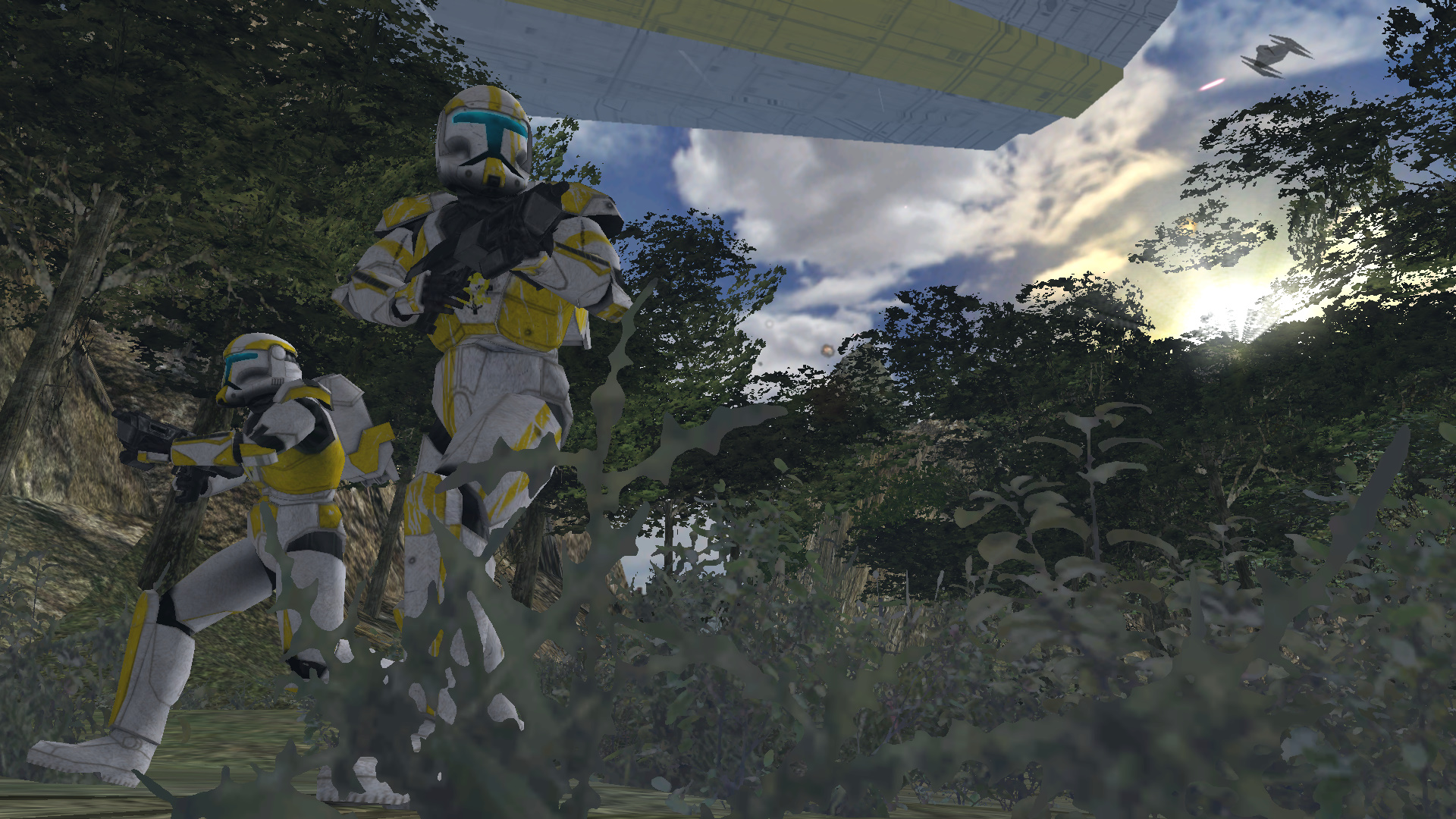 Oh yeah, from one of the gamemodes

Best of luck with fixing that bug!

"...I have no life and regularly check back here for new comments."

uhhh why did I just said that

Keep it up dude, anxious to see what this looks like finished!

Good luck, this looks good! And with the Battlefront 2 multiplayer back, this is the best time!

Thanks! But unfortunately I have the disk version, so I can`t play online

oh you're lucky trust me

every1 on steam has his mods boken + the v1.3 (Zerted's one) isn't working anymore

I love these large maps with fun easter eggs to find. It makes the battles large and unique, with cool close quarters sections to make the warzone truly feel vast. When not in battle, taking a look at the scenery and exploring the little nuances of the creator is well worth a look. (Take note EA)

The Star Wars modding community has always been fantastic, especially with Maps...I love some of the older BF1 added maps and Dark Foces 2/MOTS maps, quite a creative bunch of people out there. I look forward to downloading this once it's here. Great job NeedoMods!

Yeee I`m glad your looking forward to it! I plan to make many more big map mods like this one in the future, I want this game to stay alive as long as possible.

I don't know what to write, just wanted to let you know, that i am still looking forward to it. Watching many months, but I think if its released, all this time waiting will be worth it.