Presenting you the newest map of this mod, called Yukon Bridge. Close quarters combat during an arctic snowstorm.

Close-Quarters-Combat during a heavy snowstorm 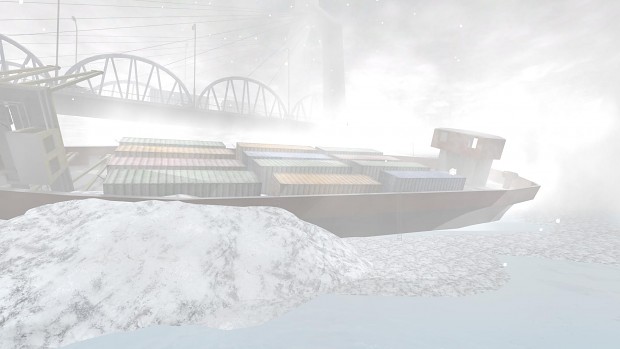 While the fights in the Rocky Mountains are continuing, the Russian and Canadian armies need to get battle-deciding support to their squads at the front line. The only direct support can be given through a tunnel that is connected to a military outpost at the Yukon river. While the Canadian army is already busy delivering the support, a specialized Russian devision is invading the base in the mid of a snowstorm.
Due to the low visibility-range, vehicles can't be used and air-support is distorted. The soldiers are now on their own, each faction fighting back as hard as possible, because whoever wins this battle, will also win the battle in the Rocky mountains.

Divided by the river, each faction has secured one controlpoint. However, the bases are not unconquerable. The fight is won by whoever can secure the enemy base. The only backup controlpoint is on a half-sunken cargo ship in the mid of the river. If this controlpoint is in the hands of the enemy, you have to go over the bridge, but be warned: This is a video game, and cars will explode if you aren't careful enough. The battle will then continue in a abandoned repair station... 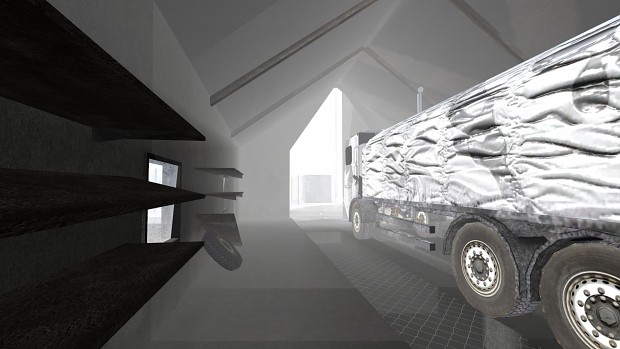 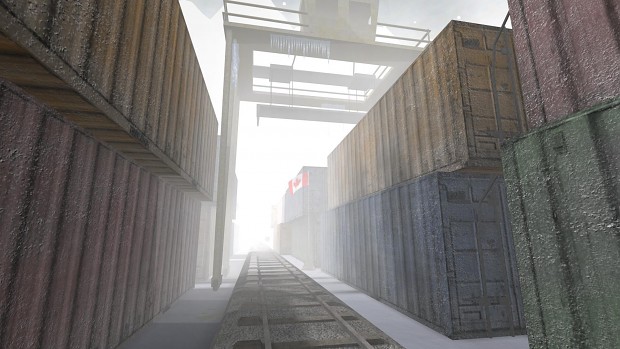 The heavy snowstorm gives you a extremely small visible range, which also means that vehicles aren't usable, and you'll have to battle in close quarters. I worked some destroyable objects into this map (fences, cars, windows). 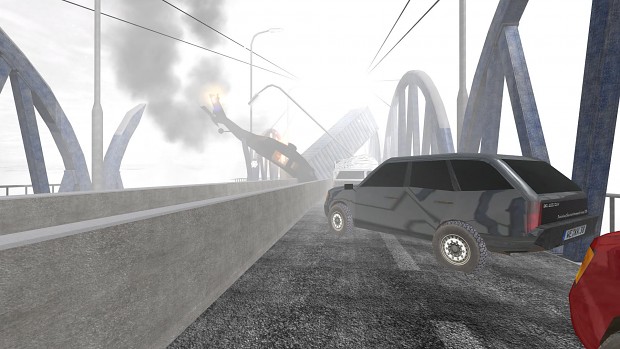 I hope I made you a bit curious.

Cool! I think you should add some boats on the shores. You know, just to spice up the battle ;)

Why don't you swim you lazy person?!

Swim all the way to the other shore and miss half of the battle? Hell no.

Hmm, maybe I will hold off on visiting yukon when I move to British Columbia :P

Take some photos for me

Nice!
Is this being added in a new version?

Yes, this map will ne included in The next patch

very good dude please please can you add another factions?like USA CHINA AND EU?you know on their own maps snowy

Yes, there will be some other factions in the future, but you'll have to wait a bit ;)

Not MEC, They don't fit the theme.

It will be something totally different :)

Cool idea, but guess again. I promise you, you'll never guess them.

Could you give us one little hint? Please?

Um....
Tell us what Continent the nation is on.

Lots of mountains and snow all around the world.

It's somewhere in Europe....

You're very close, but thats The last gibt I'll give you ;)

Mmkay, I wont push my limits.

Now its confirmed that its in Western Europe...

Netherlands?
And it is DEFINITELY a Western European nation, right?

Yes, it's a Western European nation.
But one of you guys already named the right country

Isnt that the national anthem of Germany? If not, sorry 'bout that. :-/

Woah, slow down there buddy, that line is some Nazi ****.

But yeah, you're right :P

Well, originally, the german anthem consisted out of 3 parts, but since 1954 we erased the first 2 of it, because they sounded too nationalistic.

And you quoted a line of the first part. But it's ok, since you didn't know that :)