Post news RSS You hate bugs? We too! Help us squash them!

Do you hate bugs? We hate bugs too! Help us make a better game!

I launched prototype 1, 2, and 3, and never remembered to explicitly ask you people to actually, criticize them! That is what I came for, but just doing that, would not work, because... huh...

Even if it worked, I wanted to offer something... No, not money, because I don't have any, I want to put some people names on the credits screen as testing team. So, how do you get your name on the credits? 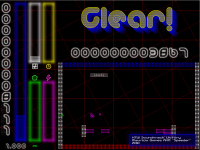 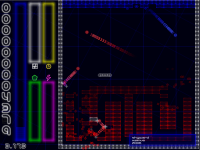 There are two ways, the brute force one, is give me massive amounts of correct data about the game, any detail that you find, every single tactic, exploit, score method, trick, defect, bug, annoyance, like, dislike, musical notes not properly tuned. Anyone that report more than 30 problems (in general, any problem), up to 10 persons, will get the name in the high score screen, but that is not really exact, if you report only 30 useless stuff, I might decide not putting your name (don't worry, it is unlikely this will happen! I am only saying that to avoid those smartasses that will send me lots of junk data, it is not for the serious people), and if you give less data, (like, 15), but they are REALLY useful, I might put your name, even if the limit of 10 persons is already filled.

The other way, is for the focused, those that like to hunt new stuff, those that don't have time to do massive reports, that way consists in finding new defects, anyone that find 3 new defects (that I never heard before, really), will get the name in the credits. There are no limits for that. If you find a single (or two) defect, but it is really critical, I may make a exception and still put your name there.

Now wait! Don't go away! I would not waste news space only to beg to you, I also have juicy info!
First, as you can see on the video section, I implemented some new effect, and others are coming along. Also, maybe some you missed the news, but the source for the engine has been released, and one of the game fans is working in a Mac build (that works, except music).

And finally, I am doing my best to create a community, to unite all of you that are interested in the game, so I've made:

So, join the groups, give "like" in facebook, and all that, and you would make us REALLY happy