A game in the style of Prison Architect and Domina based on the Spartacus TV series. 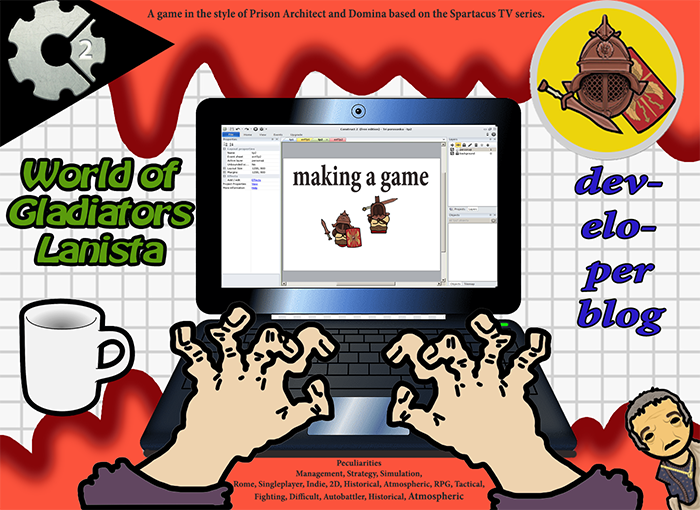 So the turn has come for the classic confrontation between the retiarius and the Secutor. It is still necessary to tinker with the retiarius because of his network and the peculiarities of fighting. Although it looks good overall, aside from some bugs in the animations. The task was to create a retiary who throws the net, catches the enemy into it and uses all his advantage with the help of kicks and trident. With the secutor, however, he has more problems, because the secutor is quicker than all the opponents of the retiarius to get out from under the net. That's why he is a secutor. The advantage of the secutor is the presence of skills that give bleeding to the enemy and enhancements for this bleeding in the form of a special buff. The retiary does not have such a skill, but he has a lot of skills for overturning the enemy - that is, control. The presence of such a type of gladiators as a retiarius requires adapting all opponents to it - in terms of creating a variety of appropriate animations. The appearance of the Retiarius is taken based on the Spartacus TV series and sources on the gladiator theme. In the films on Spartacus, only Nubians were retiarius. As indicated, the Romans love to make them by fishermen. I will add a Nubian retiary later because I want to combine all the available gladiator options in the same arena from the films and the series. Although most of the useful material comes from the series and books on gladiators.