The onward journey through the realms of stone and fire!

This project has taught me many lessons over the last six months and the most insightful was the understanding of what a 'target audience' is and how the game of Quake is now a niche product. Don't get me wrong this is not a bad thing, the people who play Quake nowadays love the game and are the perfect fans, but sadly thou there is not many of them!

I assumed that if I could get enough Quake fans interested in my MOD that I could go further than just a casual project. Unfortunately for me the fanbase of Quake is not very large and at the end of January I decided to stop working on this MOD because I needed to spend more time on other projects.

During the development of this MOD I created a lot of extra assets ready for future maps and special encounters (boss battles) and I thought it would be shame to let them go to waste. So I have decided to keep working on this project, but it will be at a slower pace than before. 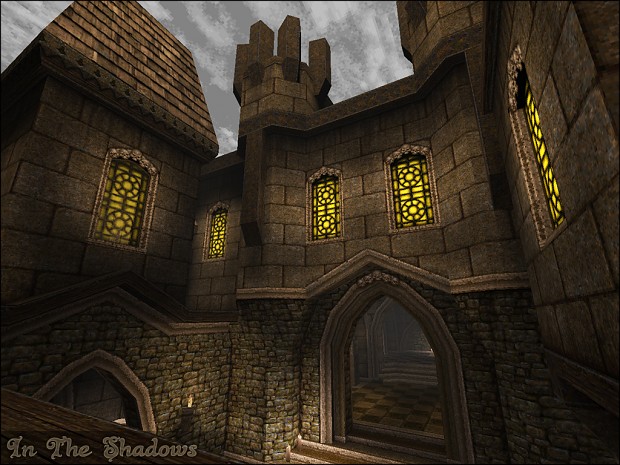 I still think this project can rekindle the Quake fire in many players hearts, but this goal is not going to happen over night. Even thou Quake is not the darling of the press anymore I still think the fantasy worlds of Quake can offer a lot of cool and rich experiences which I feel is lacking in many modern day shooters.

The making of the demo forced a lot of things into the first map which should have been separate so that they can be accessed and understood better. Players of the demo were expecting the start map to be a hub connecting everything together. The next version of the MOD will feature a new start map called 'Baramous Keep' where the player can quickly try the stealth tutorial, easily pick a new map to explore or discover the secrets of who built the place and why. 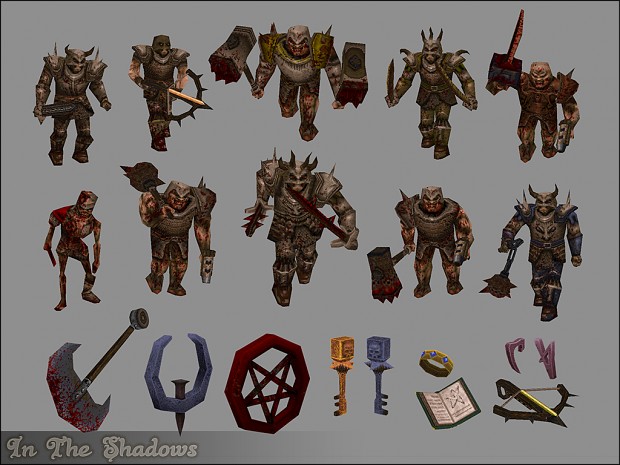 The story of Lord Aramis takes the player to many new locations and most of them have new enemy types as well. For example the court of the realm is located at the Keep of Aramis which is full of flail waving blue knights while the Blackforge is deep underneath the fire mountains and packed full of angry hammer wielding ogres. Most of these assets have been created, skinned and animated ready for their new location, all I need to do is just finish the maps!

One thing that has bothered me about the original Quake assets is the horrible stretching and general appearance of the model skins. Between various long map compiles and the need to do something different every once in a while, I started working my way through the original assets remaking them with new skins and extra details fitting with the atmosphere of the MOD. 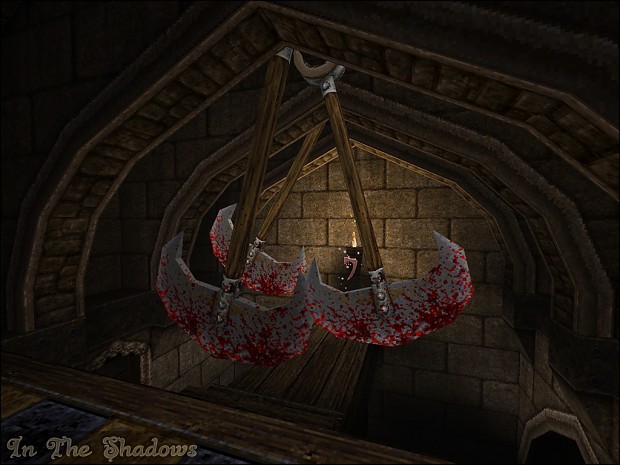 New traps and tricks to spice up gameplay

The original game of Quake was not an endless stream of shooting bad guys but did feature plenty of moments (especially in episode 4) where the player had to overcome traps to progress. The mission pack by Rogue introduced a lot of awesome trap mechanics which I have re-created and included in the MOD to add a much needed change of pace to gameplay.

The monsters of Quake have a very limited sound vocabulary and often have a single pain, sight and idle sound to express themselves to the player. With the aid of freesound.org I have been busily adding more sounds to the monsters so that when the player is in stealth mode, the environment feels more alive. The extra variety works especially well with new footstep and armour sounds as these audio clues can help a player know what is around the next corner. 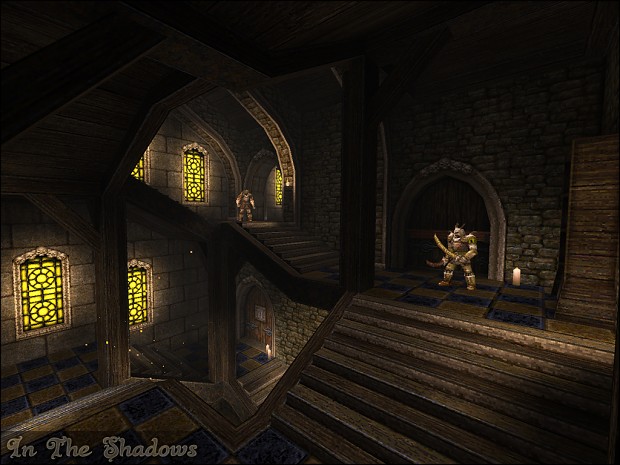 Once the new maps are finished and tested the new version of the MOD will be released, but when this is going to a happen I cannot say at the moment. As and when new areas of the maps are finished I will post screenshots and as always all feedback is welcome, just let me know what you think in the comments.

its awesome that you're still working on this, i was pretty upset when it was announced dead.

I am looking forward to completing the next version

This is great work! Looks fantastic for the Original Quake engine.

You appear to have stumbled upon the number 1 question when it comes to modding...

who are you modding for?

You're probably creating content that you wanted someone else to create so that you could play it. That's fine but unfortunately, it holds no surprises for you as you built the damn content in the first place... Ahh the irony...

Modding for others can be annoying too and can really stifle creativity.

Best bet. Build something you would love to play and the chances are others will love it too... you'll just have to live with knowing what's coming round every corner unfortunately...

Good point, the MOD is probably 50% for me and 50% for others. The highlight for me is seeing the demo's of other people playing the maps. Makes me smile when I know what is around the corner and the person playing is seeing it for the first time.

I also love seeing people doing ghost runs of the stealth maps, that takes a lot of time and effort to learn and it is amazing to see other players find their own routes.

Only just discovered this, long time fan of quake-just installed on myphone and was looking for mods. .. have you tried telling kotaku about it?

I am not sure if mods will work with the phone versions of Quake. Getting the files in the right location can be difficult for regular pc Quake and phones typically don't allow much access to the internal file system. I think I will save telling Kotaku for the next release because it will be better for new players.

Let us have this!