Our final prototype blog, and information on upcoming events and changes!

Hey everyone, Alex the Programmer here, with another prototyping blog, this time for the very first full game idea we had as a group at Wildgrass, TPFTL.

This game began as an idea back in early January, prior to us officially getting together, and before the Global Game Jam that led to CHARGE!. We all wanted to work on something together before we got stuck into a full development schedule, so we all threw around some ideas, and had a vote for what we wanted to work on. TPFTL won the vote (then called FPSFTL), and we decided we'd spend two weeks on it.

At it's core, FPSFTL was much of it's namesake: a first person shooter inspired by Faster Than Light. You would play as a small, bean-like alien race, over a network with other players, trying to man, control, and maintain a spaceship that you had stolen from a physically larger race, in this case, humans. Your small stature would constantly be an issue for you, as the consoles and control for many of the ships systems would be out of your reach, and you would have to get on one another's shoulders in order to perform necessary actions to keep the ship in the air. The feeling of the game was to be total chaos.

These bean-like aliens were inspired in part by the likes of the Kerbal race from Kerbal Space Program, and the Minions from Despicable Me, mirroring their physical stature, and their bumbling actions and behavior. The aliens have a mission, however, a reason behind stealing the ship. They are not yet space flight capable as a race, and their planet is dying. They have stolen this visiting human ship in order to relocate as many of their kind as possible, utilizing the ship's cryogenic pods. The aim of the game is to survive long enough to see these guys to their new home. Of course, that mission isn't going to be easy. 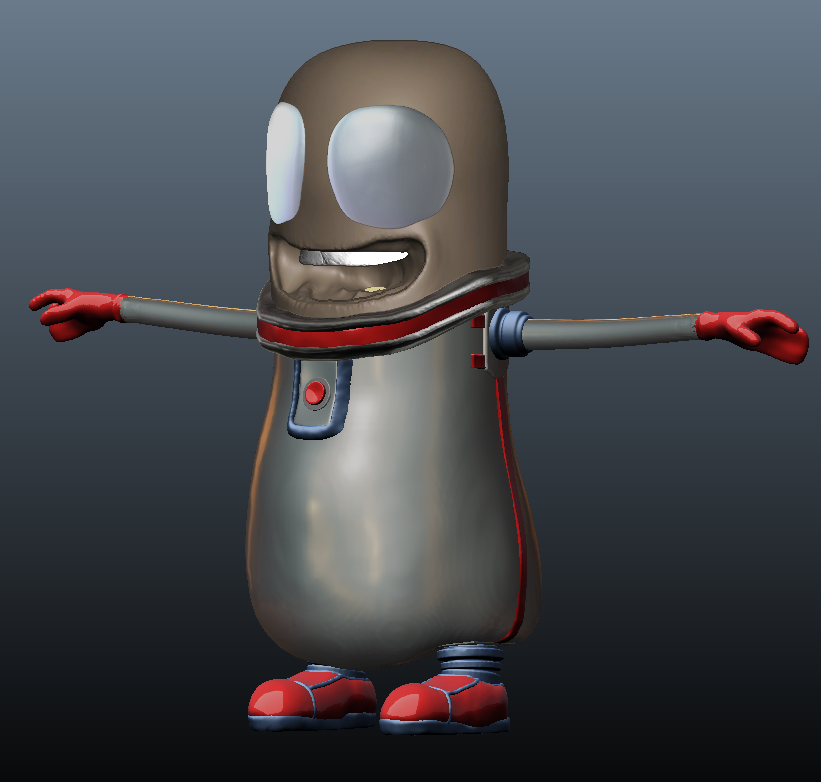 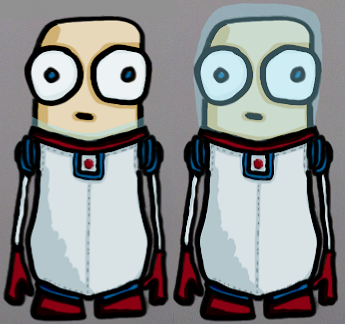 The entire flow of the game would essentially be that none of the characters know how to man the ship, so it is constantly getting in trouble, usually from lack of maintenance. Fires would break out, and the characters would have to stop fire from spreading throughout the entire ship. Physically modeling the spread of the fire throughout the ship led to some moment where you would look through a doors windows and just see light streaming out from the room being engulfed in flames. Opening the door would spell certain doom. The result for this iteration of the fire wasn't perfect, and slowed the game to a crawl when the fire engulfed an entire room. 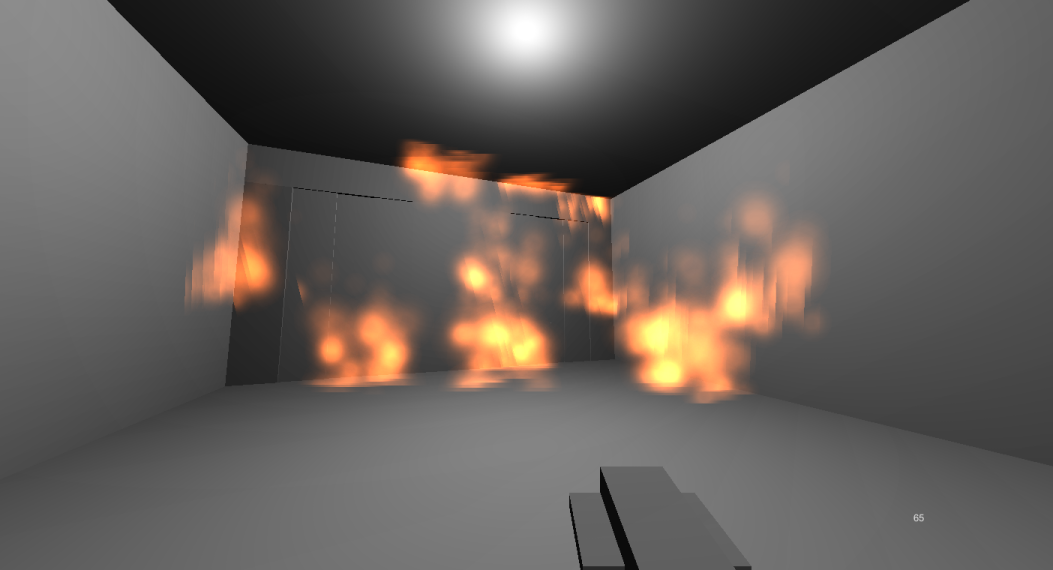 By the end of our initial fortnight development period, we had basic networking, doors between rooms would open fancily for the characters if they approached, fire was spreading, and the characters could put it out. Characters would take damage for being in fire, and could heal themselves in healing pods in one of the rooms. We had a player model, some environment models, and a model for the ship layout, but all in all, we were not entirely pleased with the outcome. We realized that working from home was not the best situation for getting something done.

We thought that this was the end of that prototype. But quite a few months later, after improving our prototyping process, we wanted to pick it up again. Because we were interested to see how it could be improved, we decided to spend another fortnight on the project. We had a few more ideas for what we wanted to do, including changing the view to third person, thus changing the name of the game to TPFTL.

We completed many more art assets for this iteration of the prototype, such as interior power cells and machines, consoles, healing pods, cameras, screens, most of which would have immediate game play value, for example, they could be damaged and negatively affect the ship. Cameras were an interesting addition, as you would be able to see the entire ship from one room (unless of course, the cameras had been destroyed). 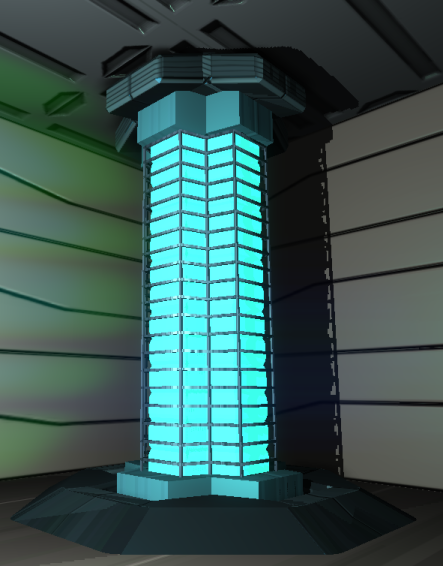 As well as some good art progress, we made some interesting systems as well. Rooms would have temperature, pressure and oxygen, as well as leaks. If a room caught fire, items such as cameras in that room would become damaged, the room would become unbearably hot, and lose all of it's oxygen, and become high pressure from the heat. If oxygen ran out, the fires would die. If a door next to this room opened, then the heat, pressure and lack of oxygen would flow into nearby rooms, potentially making more of the ship uninhabitable to the players, and causing them to die. The ship's life support system would attempt to equalize these problems, but if it was damaged by the fire, then you'd start having problems in getting the ship back up and running. These additions were what made TPFTL similar to Faster Than Light. 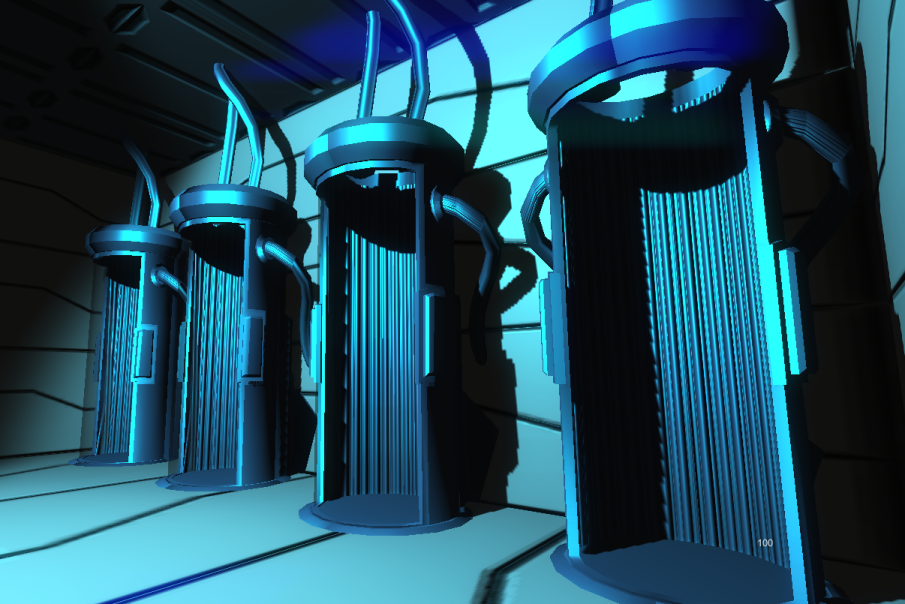 This is where one of our own ideas came into being. As the players began to get control of the ship, and learn the systems, they would begin seeing things that weren't there. An example of this is seeing a fire where there isn't one. The player would then attempt to put the fire out, only to destroy what was supposedly on fire by coating it in water and chemicals from their extinguisher. Slowly, the players would begin causing more damage to the ship then they were fixing, and would begin seeing ever more complex illusions, such as seeing other players putting out non existent fires, when there isn't even a player there. In the end, the game would get extremely complex, layers and layers of illusion, making it nigh impossible to correctly identify your characters insanity, and end up destroying the ship, and failing the mission. Unfortunately, this feature never even saw one line of code, so remained an idea.

TPFTL was one of our more complex ideas, and it showed some promise as a viable game throughout most of the development cycle. Despite a poor initial prototype, a revisit definitely poured life back into the project. However, as time went on, we began to realize that despite being an interesting and potentially fun idea, it was already far beyond our scope capabilities, even in a bare-minimum-for-fun form. And despite how long it's been around, we've never really thought of giving it a proper name, so TPFTL it is. 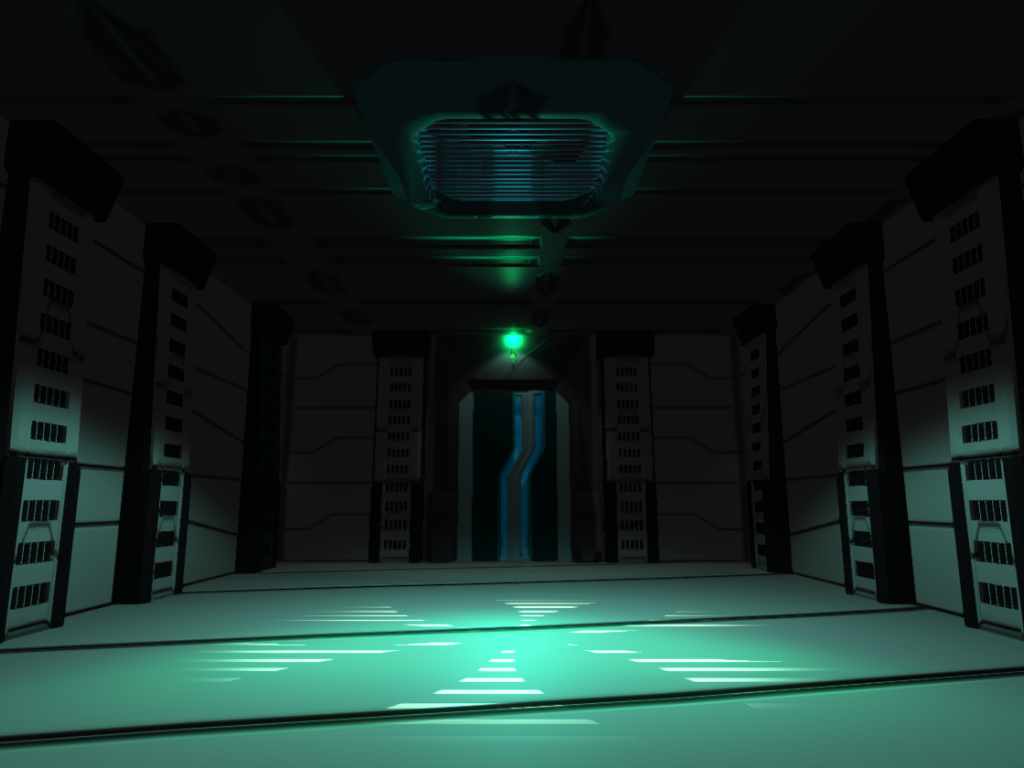 This blog post potentially marks the last of the monthly blog posts that we'll be doing for now, as we'll be doing a reflection on the whole process - development and blogging - and changing up how we use social media quite a bit in preparation for PAX Prime, where we will be exhibiting. If you can make it there, then we'd love to have you drop by and meet us. We'll be releasing more info on that in the weeks leading up to PAX.

Those aliens look cute and funny.

That was our goal :)