Chay ho (hello), moon dwellers. Bonsino (I love your hair). Here are some updates regarding week 10 of our game-science adventure.

Chay ho (hello), moon dwellers. Bonsino (I love your hair). Here are some updates regarding week 10 of our game-science adventure.

Pate sent me these beautiful space-country audio trax — which is a genre that I’m new to — like most people — but if you’re still resisting — make a U-turn baby. You probably won’t get upset. Unfortunately, these are scratchy audio songs that are works in progress, so they are not ready to be heard. But NEXT WEEK, we will post some audio. I swear this on the grave of Rue. Not a lot of people know this, but after the hunger games ends, you know — the child battle stadium (CBS Arena) is still there. And ha – well — it’s pretty much abandoned — so there’s a ton of loitering there — kids just doing nothing. Just. Doing nothing, totally disrespecting the historical significance — drinking their soda beers — they’re doing nothing — playing beyblades.

I built widgets. These are various UI components that will be used for flying \ piloting your ship. But don’t jump out of your computer chair. First of all, the current plan is to have six different operating systems in the game — three versions of Jundows and three versions of Pateintosh. So although you see one style of the widgets here, there are probably going to be more versions of the same basic flight components in each of the operating systems. There is alot more to do.

The other thing is that although we have much visual progress here, there is still a ton of work to do when it comes to organizing these code files. I’ve been coding like a whimsical forest ant — stuffing apples into dirt holes — without keeping track of anything. I have three major systems of code to integrate right now, and the longer I wait, the worse this task (might) get. There’s the engineering models (how ships are designed \ fail \ degrade), the flight models (which deal with physics, flight planning, and flight controls), and the user interface (which requires multiple levels of abstraction so that players can tweak their version of Pateintosh to their liking).

Anyway, it all feels like a crazy endeavor. So much is still disjointed — there are many shifting components — but each week, a few things seem to fall together — which is nice and well. Sometime in the mildly-distant-future, I imagine the code will begin to solidify like cream of wheat. From there — it will be all about content & more isolated features. I’m excited to get here — to have a foundation. There are definitely parts of the code that are maturing and calming down. But most of it still seems like wild pythons playing together. It’s truly anti-jun to continue working in this winding mess of growing code. So next week may just be pictures of elegant code, haha.

Anyway, here’s a video, and some cool pics. 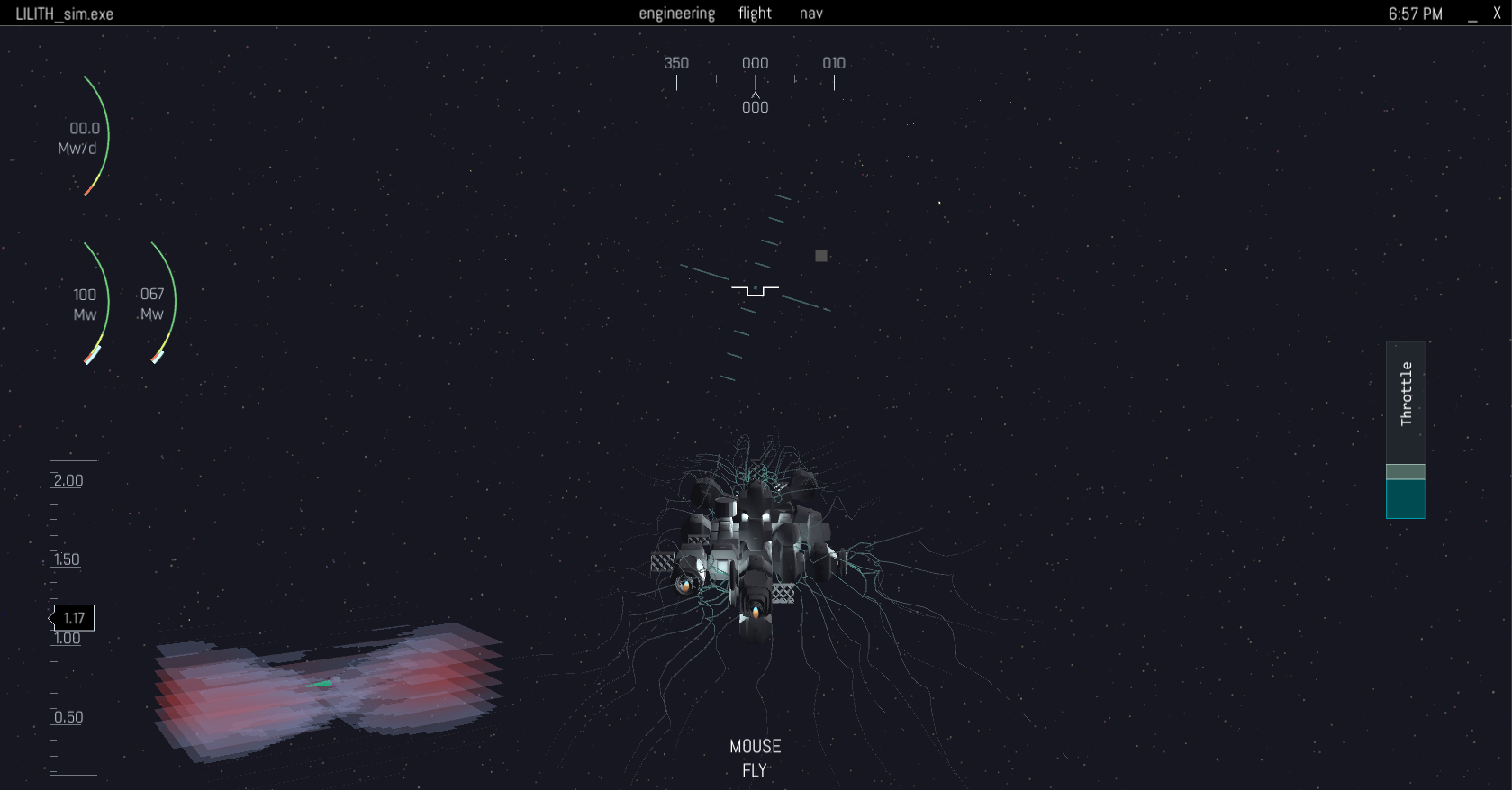 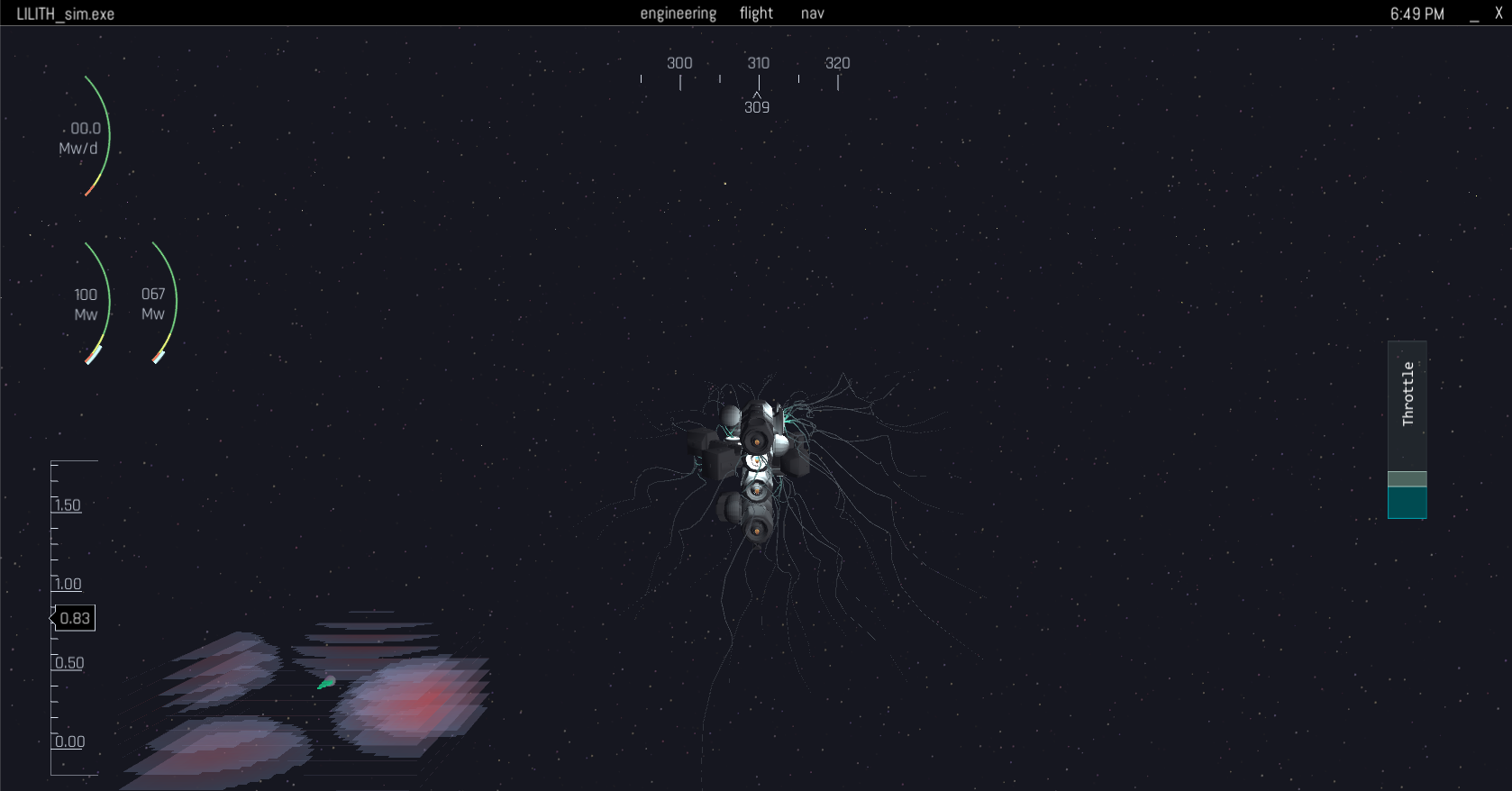 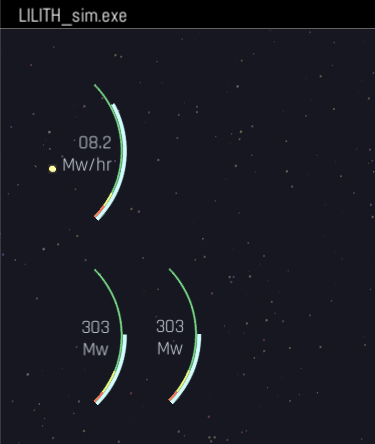 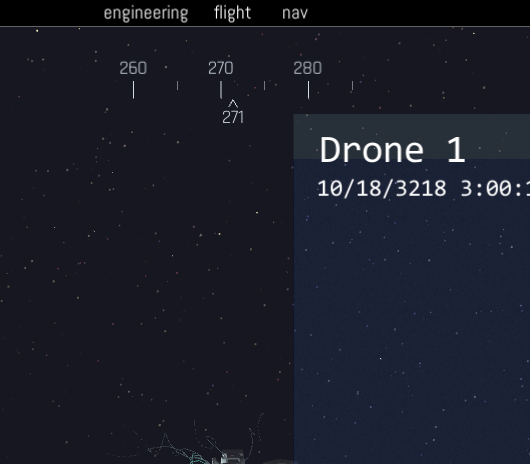 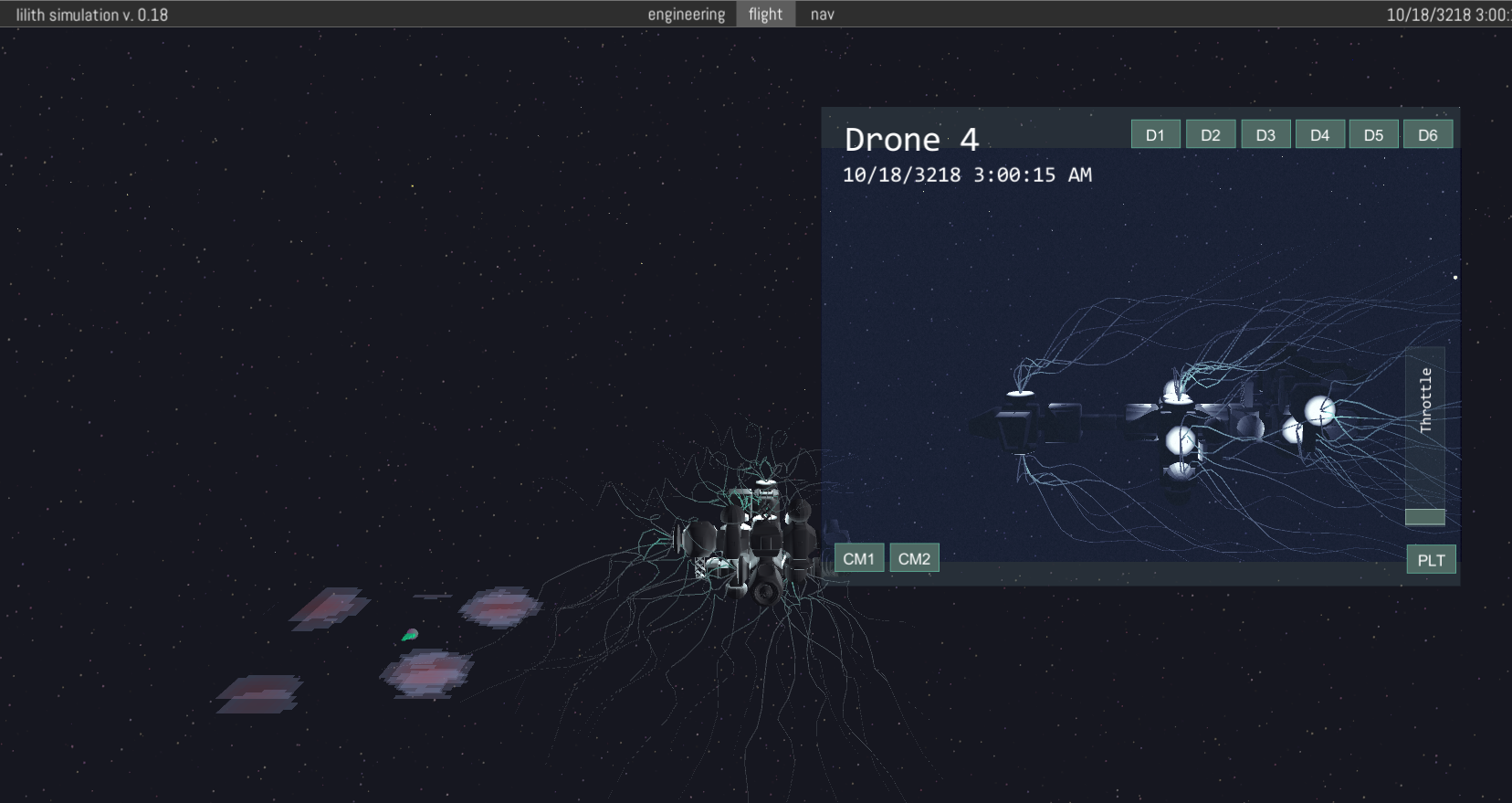