Why not make M&B Warband a basketball game. Why or why not? That's a question.

why not make M&B Warband a basketball game.

i design this mod to fight through a basketball game instead of a war fight.

it means a relative peace way to win the war(but the basketball game may have some violence operations).

enter any scene to enjoy a basketball game.

when enter scene , all players will be out of ground, but you should wait for a while less than 2 seconds,the system will auto bring you and all players to the right place on the basketball ground

click b to shoot basketball into basket when shoot tips shown.

click v to throw basketball to the random place in front of you.ai only can dunk basketball.

when you shoot or dunk successfully once, you or someone that gets the ball must bring basketball to the halfarea of the basketball ground otherwise anyone will be forbidden to shoot or dunk again.

you should knock over someone that gets the ball and then you can get the ball from him，it is same to ai.

Update content of violent basketball mod v0.5:
1. lazily transplanted a set of setting interface of my other dota2vslol mod and blood blue bar status bar ui, and set the mouse wheel of the interface to view the player's whole body. Ctrl accelerates blue consumption, H restores blue consumption, and J active skill eliminates blue (no initiative added).
2. Adjust the related opening and reinitialize according to the M-cut half/full game mode (previously, we didn't pay attention, which may lead to bugs when switching, especially when the ball is thrown into mid-air switching mode). Now, when switching the full/half game, all the states will return to zero, and then the ball will immediately return to the midfield position to start again.
3. Fix the problem that the skill of hitting the flying man with the ball needs to be cut six times more to clear the anger. Now it needs two times.
4. Adjust the dunk position of the player slightly, so that the ball can fall down slightly from the basket.
5. When the ball fails and no one is in possession of the ball, the distance is used to judge the first person to get the ball. Now, a restricted ball must be added at a certain position where the player faces forward to control the ownerless ball.
6. Add a set of music (lazy to temporarily move the music of Dragon Ball, and then randomly play three kinds of basketball-related music-basketball fire two and "Bullfighting or not" every time you start or enter the setting.

1. On the basis that the existing ai has already dunked and shot, all ai's passing behaviors are newly added, but the required path is not specified, so it can be passed to the opponent. 2. Since 10 people are selected by their own soldiers and the troops they encounter to perform 5v5, the rest of them will circle the stadium, all equipped with bows and arrows, shooting people on the stadium and interfering with the basketball game. 3. Increase the transparent wall around the stadium. 4. Increase basketball dribbling skills-anger collision: The effect is that according to the tips in the lower left corner, as a ball controller, every time he is hit, his anger will rise by 20, and when he reaches 100, he will knock people near in front away, and then his anger will return to 0. Note that after grabbing the ball under the backboard, he must score three points to the middle circle before using anger collision. 5. Now it is set that players are not allowed to use hand-held weapons to attack or defend when dribbling like AI (kicking is ok). If this principle is violated, the ball will automatically drop and may be picked up by others.6. Because of a bug in the whole game, in order to avoid this, it is set that when we play the whole game, we will shoot three points and pass them to the players in seconds. Bug self-examination: 1. it is suggested that the battlefield scale should be adjusted to about 30 -50 people, otherwise there may be cases where there are no other players on the court except players or the number of players exceeds 5v5. please confirm that the players on the court are 5. The v5 ball game will be played again, otherwise, the tab can be repeated to re-enter the scene. 2. If there is an occasional passing, when the ball fails to land and no one picks it up for a long time, please tab to re-enter the scene

1. Adjust the color of the score to white to avoid the background being unclear, and adjust the score box to the position directly above. 2. Now ai can also choose dunk or shoot as a player. 3. The passing bug in the full-court mode is repaired and a new bug is obtained, so it is recommended to play the half-court game first (press M to switch the whole half-court) 4. Cancel the command of dismounting before the war and cancel all cavalry horses in mod. In order to meet the shortage of horses and girls in the background world, it is necessary to win prizes in basketball competition. 5. Change the cover and loading chart 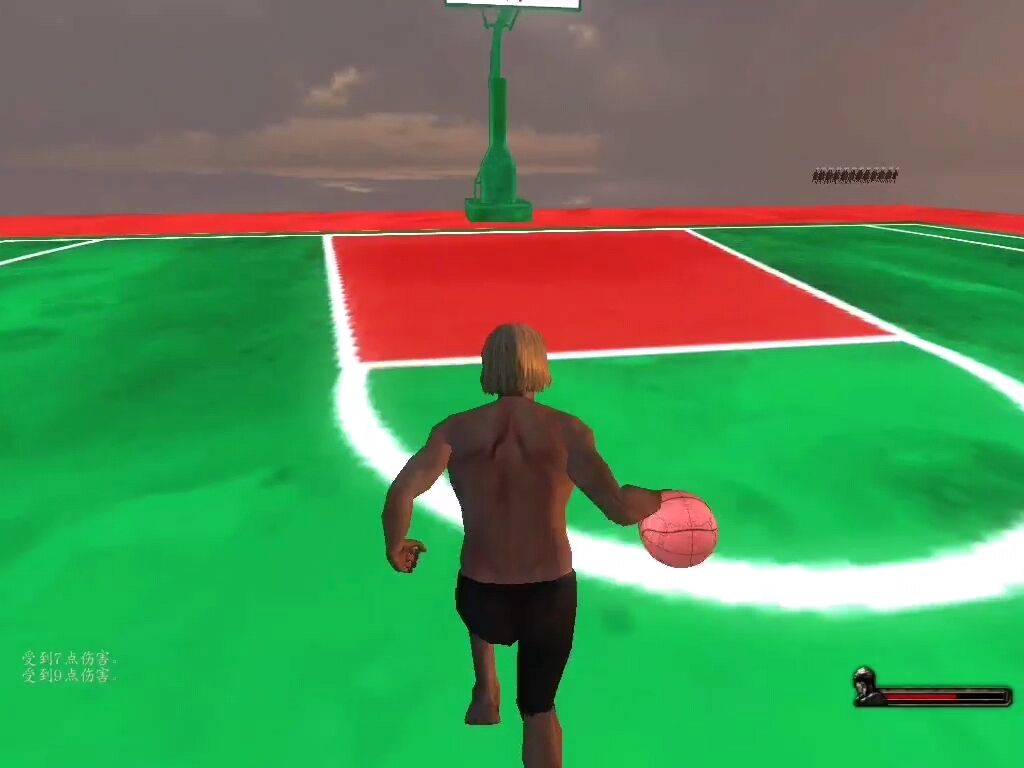 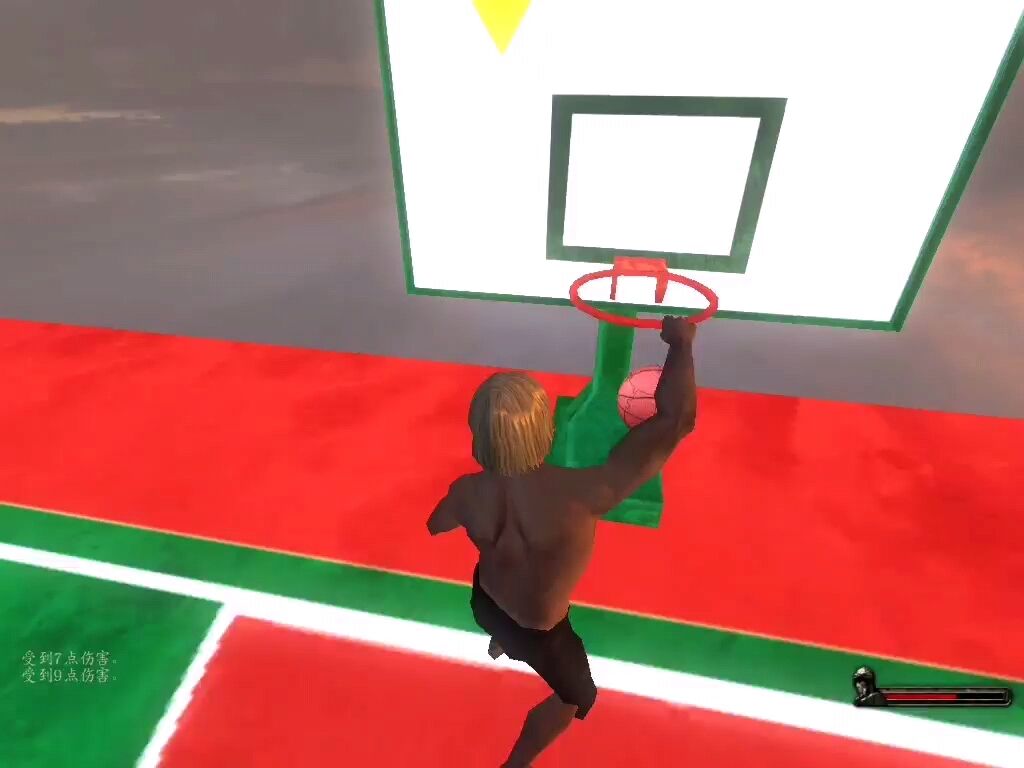 alpha v0.2 has just now alternate the v0.1 file at the same url, please care.
add score count and add half court and full court to click m to switch.
fix bug:ball can be got from man out of ground
fix bug:ball cannot be got when ai throw it