The release date of Rooftops kept changing since August. This article will explain why and when it will actually be released.

Rooftops 2 is a large and ambitious project, with tons of upgrades on lots of aspects of Call of Duty 4 Singleplayer and adds a fully new Campaign with an entirely new and different story.

Given the long time development of the project, it is finally coming really close to release stages. However, given that it is a one man project, difficulties keep getting in the way along with real life issues that slow down the development.

Regardless, the project is looking better than ever and at this point it is fully and entirely playable. The only things that are missing are three cinematics that are unfinished, and all the character voice dialogues. The last big and hard task for the development is collecting, sorting and editing all the voice files.

Currently, the awesome volunteer voice actors for the project are given their role's dialogue scripts and work hard on delivering them. Once they do, it's still going to be far from over. Editing them all to adjust their sound levels properly so they can sound right in-game is going to be a big task as all the dialogue queues for the mod's story are around one thousand. Hard, but not impossible. it's estimated that each dialogue line will take around a minute to edit. If you think about it, a thousand minutes isn't too long.

Finally, once all voices and cinematics are finalized, the ALPHA testing of the mod will be conducted. And when it's done, the release will be right around the corner!

Anyway, that's the update I have for you guys for now. I'll post a roadmap below to give you a crystal clear idea of what's left.

Now when is it actually going to be released?
I estimate that it will be ready around the first half of November.
Let's hope for good this time.

Thanks for your understanding and hope you have a great day. 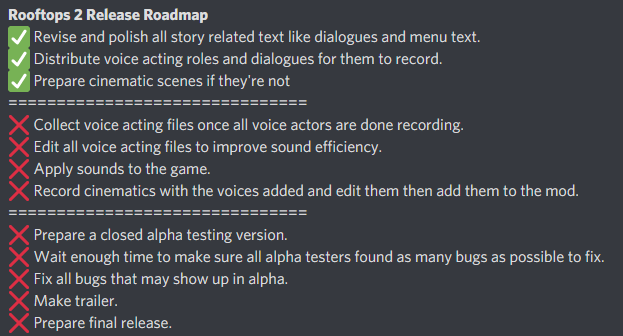 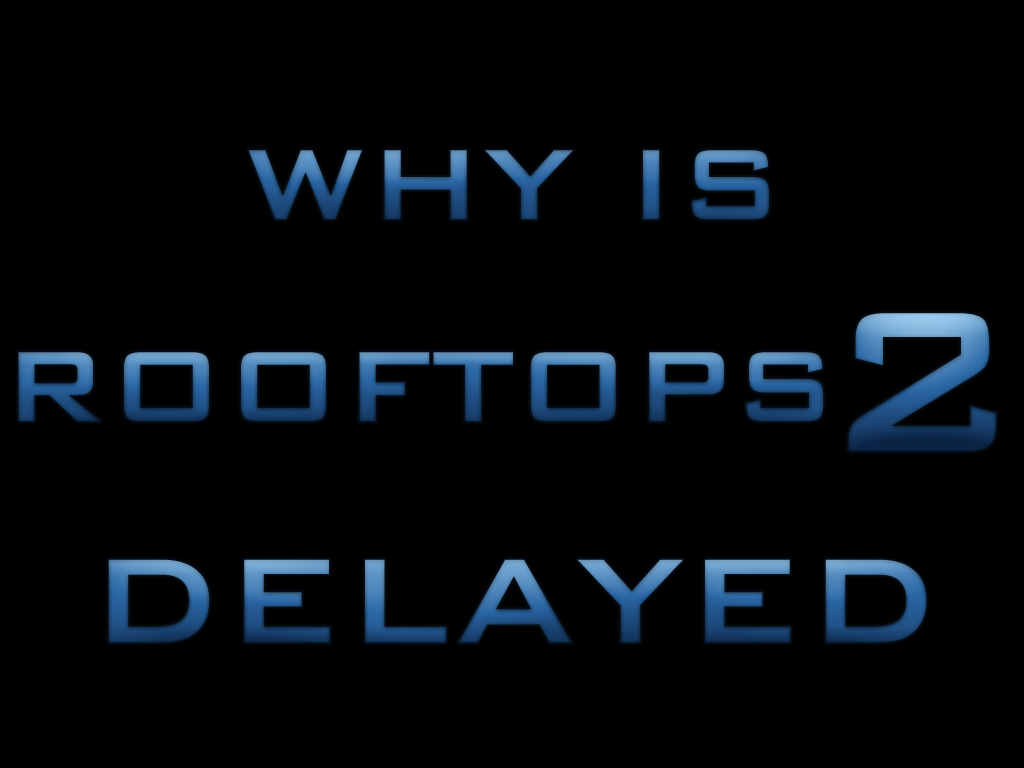 These things, they take time, bud!

Looking forward to it's eventual release!