A quick preview of some of the most exciting features that will be included in the next update for Winds Of trade.

The next big update for Winds Of Trade is going to include some pretty interesting and exciting features. Without further ado we are going to cover some of them:

Now you will be allowed to attack your competitors ships. This will be particularly useful in the "Conquest" game mode, in which you achieve victory once you've sent all of your opponents to bankruptcy. Attacking ships will, nonetheless, deteriorate the relationship of your company with most governments and if you keep insisting their navies will come to stop you! Here is a short video explaining how this new game mechanic works: 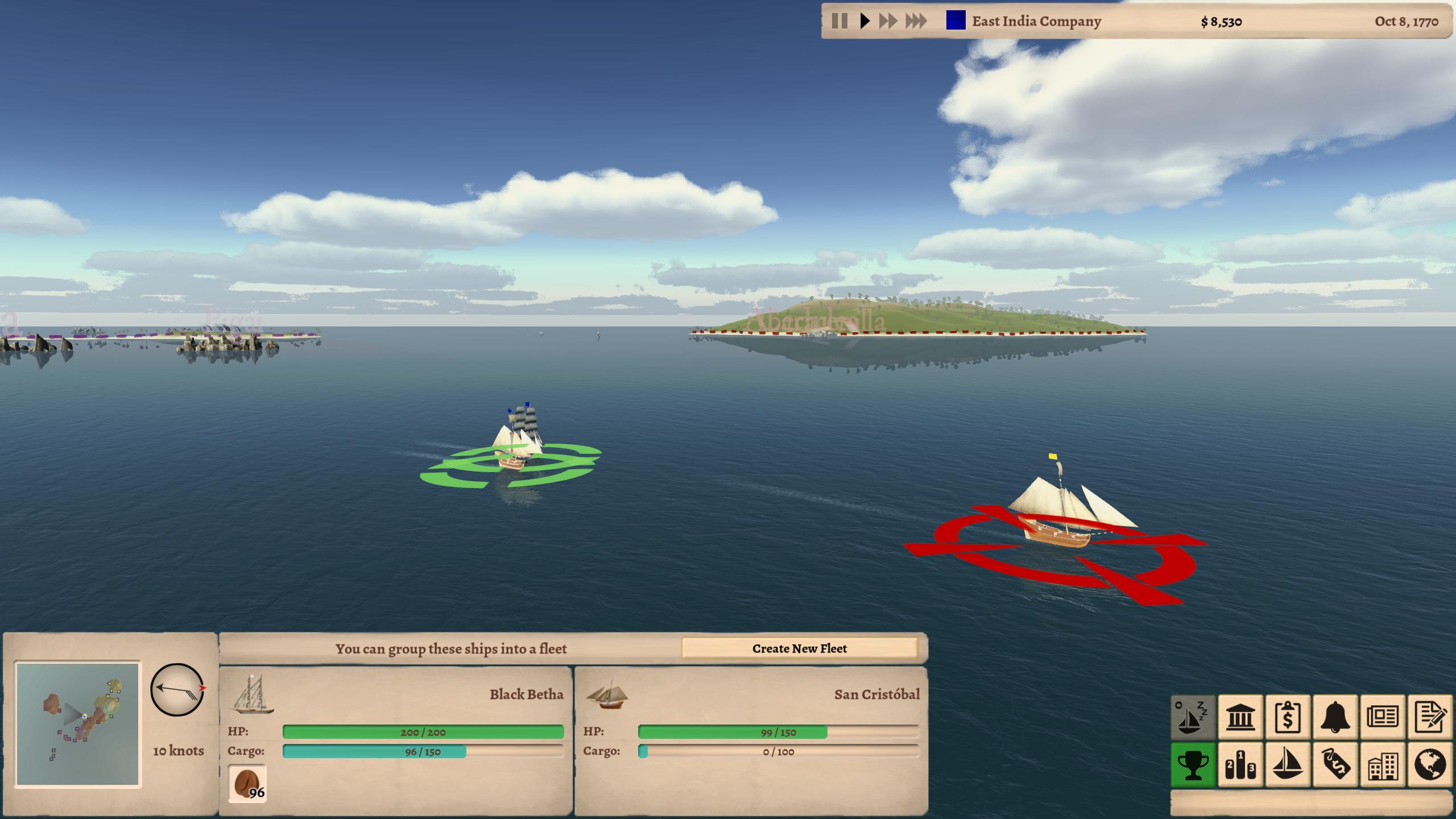 One of the things that players wanted the most is to be able to assemble some of your ships into a fleet and assigning it an automatic trading route. Well, after the next update is released, that's exactly what they are going to get! This new feature opens a world of possibilities. Now you can, for example, have your vulnerable cargo ships be protected by your fierce Frigates. Take a look at how it works here:

Now you can also pay to upgrade the trade offices your company owns in different cities. Spending money on your trade offices will let them report prices more precisely and get more accurate information about how many tonnes of each type of resource are there in the city's warehouse. If you keep upgrading them you will also get access to an advanced price analysis screen which will show you which goods are in high demand and which are not. 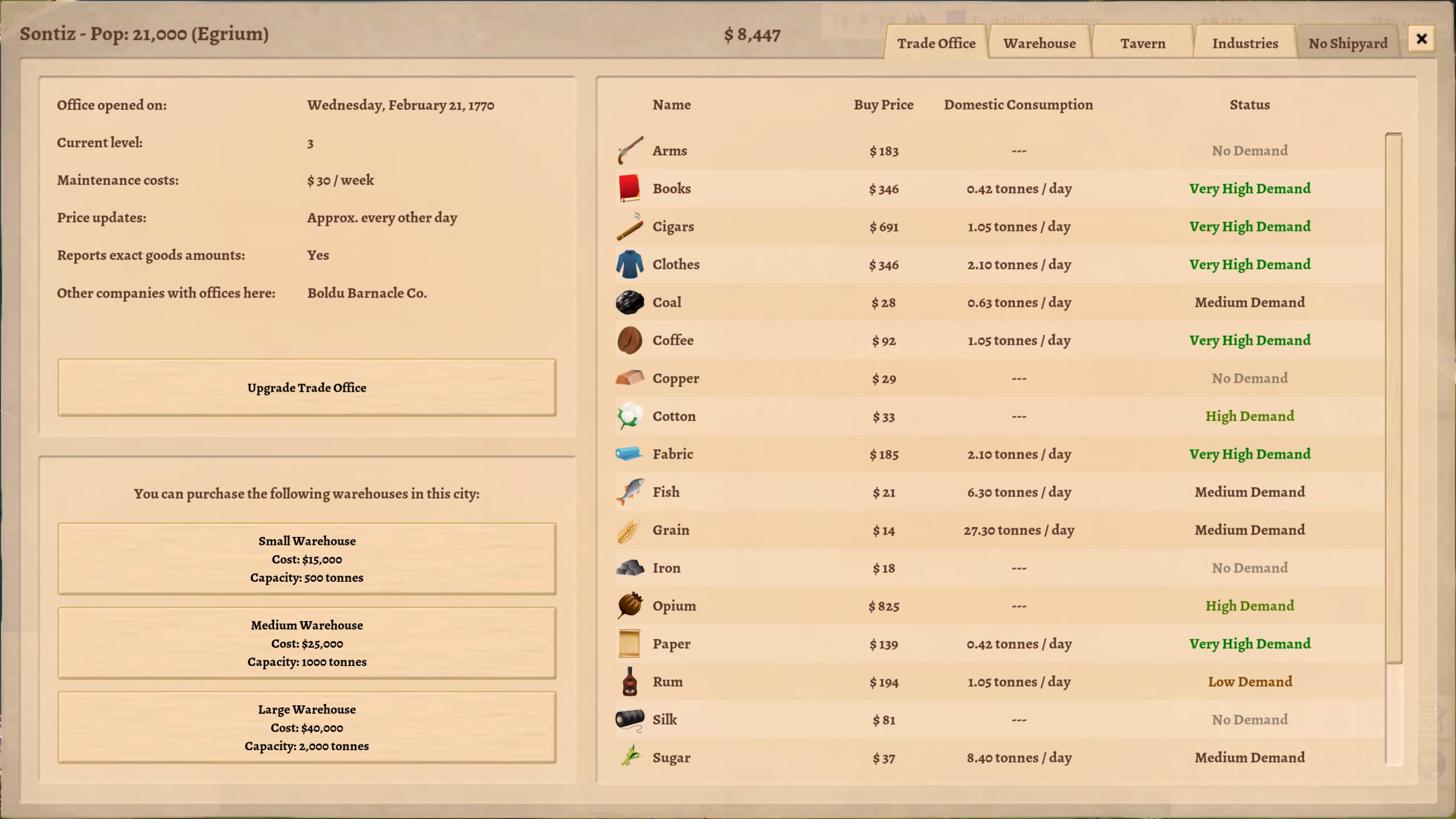 Another exciting aspect is that you will be able to purchase warehouses in cities. That way you can accumulate goods for your ships to collect later and make even bigger profits!

Be Careful With The Wind

In the next update, battles are going to be affected by the wind. Sometimes it will be quite calm, making your ships move slowly and in a clumsy fashion. Sometimes the wind might help you escape. Sometimes it might even push you towards your enemy, forcing you to remain in battle! 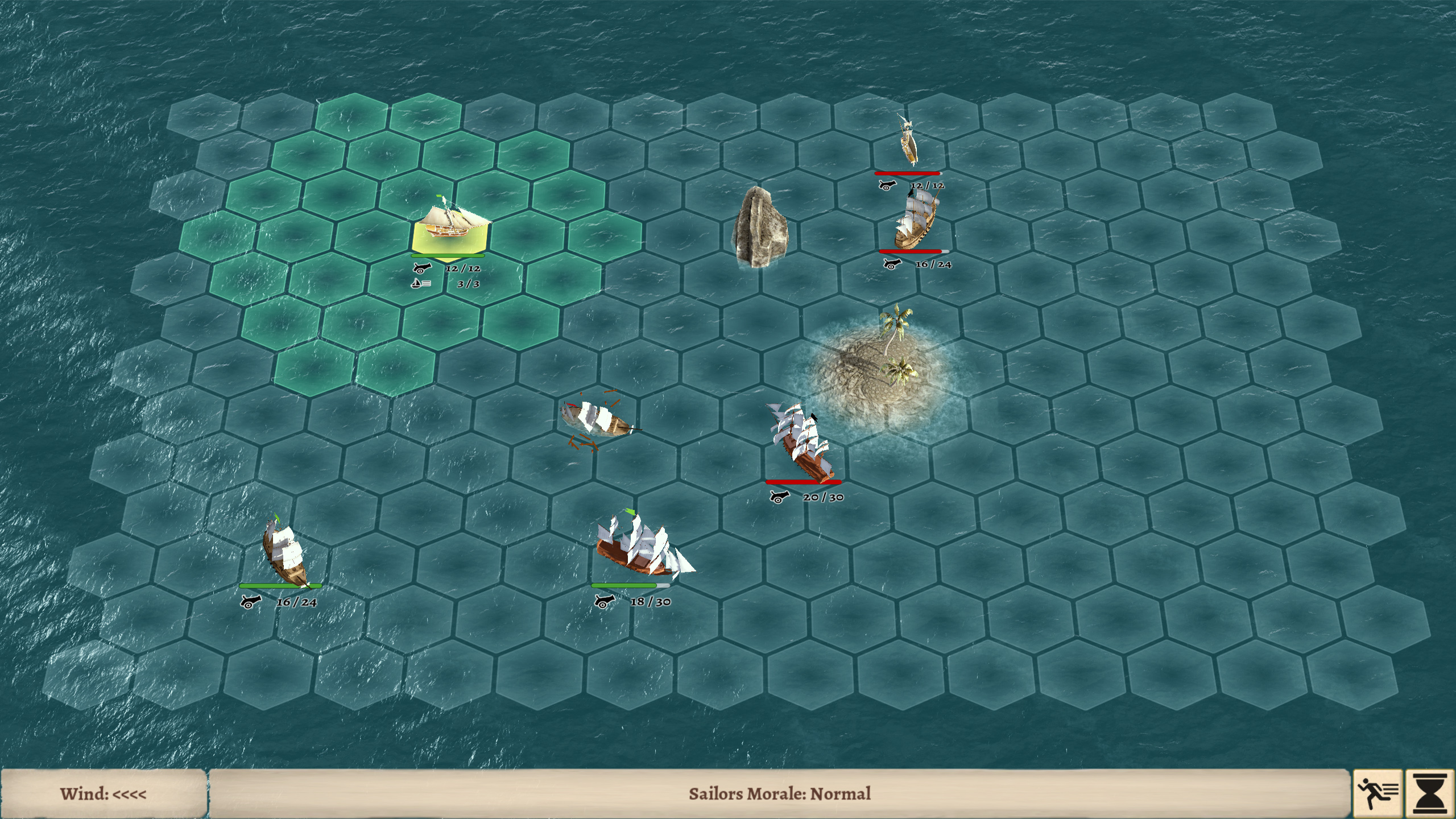 We will also include three new ship types in the next update. These are designed to take advantage of the brand new Fleets feature, as they have very different attributes. Meet the Fluyt, the Corvette and the Heavy Frigate! (not to scale)

And much, much more!

This new version of Winds Of Trade will also feature tons of bug fixes, performance tweaks and gameplay improvements. Some of them are:

when will it be out?

Hey there! The release date is going to be April 10th. Stay tuned!