Yugioh AR or Duel Monsters GO is a multiplayer fan game of the popular Yu-Gi-Oh! trading card game and anime series for the Microsoft HoloLens. The game is currently developed as a P2P multiplayer game where one player acts as a host and the other player acts as a client who joins the host's dueling environment.

Yugioh AR or Duel Monsters GO is a multiplayer fan game of the popular Yu-Gi-Oh! trading card game and anime series for the Microsoft HoloLens. The game is currently developed as a P2P multiplayer game where one player acts as a host and the other player acts as a client who joins the host's dueling environment. 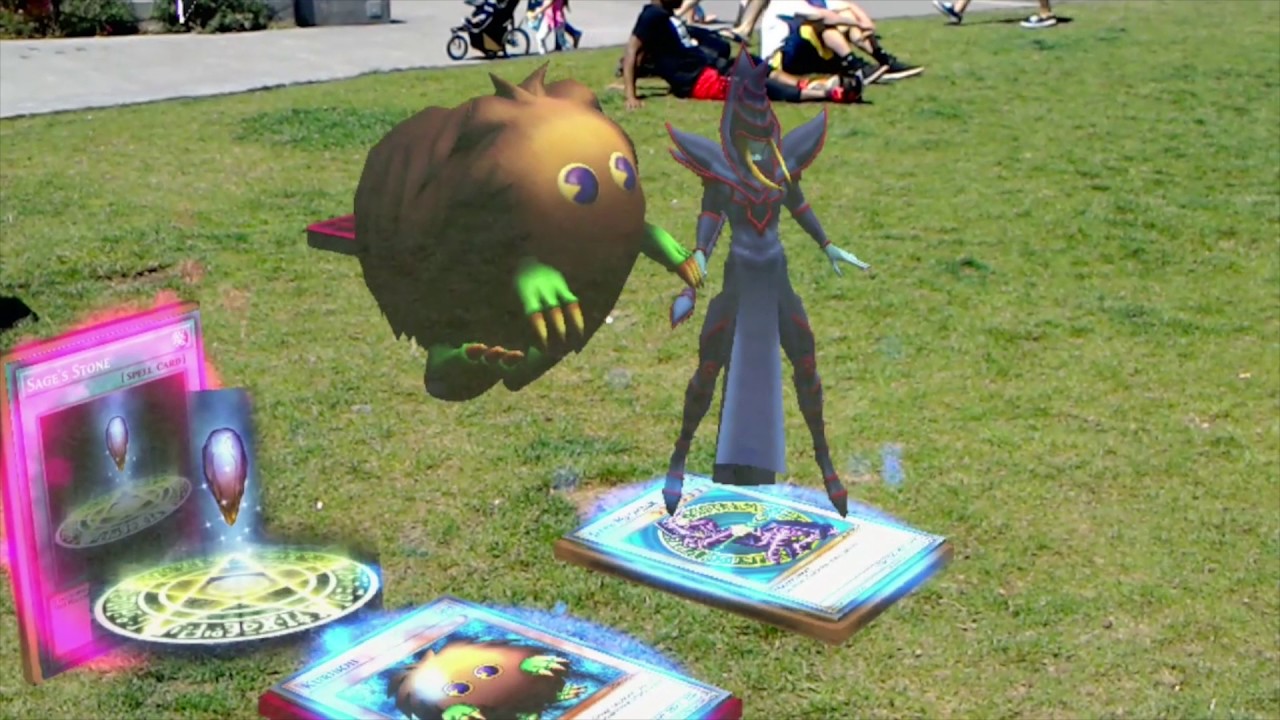 It is fully playable today, but the current version still requires manual subtraction and addition of life points as well as manually agreeing upon card effects and rulings.

The player's number of life points will follow each player's heads. The hovering life points is based on the latest Yu-Gi-Oh! The Dark Side of Dimensions movie's design.

In the alpha demo video, we are about 20 feet away from each other when we start the duel. If we have a 3D model of a card, the 3D model gets played. If we don't, we use an image of the card with a transparent background.

The card panel window contains all card actions that you can perform. They are all voice activate-able, but we find it better to have the option of being able to click the buttons because sometimes, you don't want to be shouting, "I normal summon Blue-Eyes White Dragon!" in the middle of the park. Sometimes =)

You tap on a card. It gets highlighted with a dark red border. Then, you can manipulate that card however you see fit.

Currently, you have to be with another person with a HoloLens in real life to duel them.

Once you find another duelist, you can duel them. When you actually start the duel, each player has a main deck, extra deck, graveyard, and banished card zone spawned in front of them. You can tap on any of these decks or zones to draw a card or check its contents.

There are only two decks at the moment. Yugi's and Kaiba's, so you choose between the two. You should shuffle the cards first if you want a truly random duel. In the 2 video demos so far, we used a scripted card order, so that we could get cool and iconic cards within about 4 turns, but each deck in total contains about 40 cards.

I'm going to work on this project with the mindset, hey, it's a cool fan project for the fans.

This is only a fan-based game. Yu-Gi-Oh! belongs to Kazuki Takahashi and Konami. Please support the official release.

A lot of people messaged me about making the game automatic, so that it's more approachable for newcomers.

I know that other fan games have done so. I'll try to follow their methods. Scripting for all those trap and magic card chain effects would take a while, so I'd probably do it eventually, but here would be my priorities that I would care about first.

1) Making the multiplayer network as fast as it can be. Be able to play remotely if you can't find someone to duel with.

2) Being able to create your deck via a website for easy construction instead of using your hand gestures all the time.

5) Play with real cards option if you're playing with friends.

I'm going to make bi-weekly update videos with iconic character duels to show that hey, this thing is real!

Multiplayer augmented reality games are the way to go! I like playing games with other people. I like the human element that can be brought into augmented reality. I like to be face to face with people! What happened to all those couch multiplayer games?

We can go outside, get some fresh air, and play games with technology together at the local park! That's what we stand for.