Post news RSS Welcome to the world of Infestus

A new world awaits you, are you ready? Infestus is a HL2 mmo-rpg mod, it has been in development for several years. I've kept it in a close circle, but now it is time to increase that circle.

Hi! I'm finally going to present a mod which I've been working on for quite a while now, Infestus!

Infestus is basically an RPG MMO mod for SDK 2013. I've always been a huge fan of mmo's such as Runescape and World of Warcraft, finally I had the courage to try to make an mmo of my own. I'm a HL2 modder, so Source felt natural, but obviously not the best choice for an mmo, however Source has its own unique feel to it, so I wanted to take the challenge. 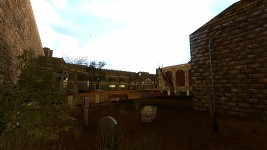 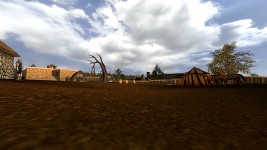 It started out very simple, three test maps, one dungeon, one world map and one connection map.
I used Source's RCON protocol to talk between servers, I had to write a bunch of ridiculous programs to make all the servers talk, this solution worked but was definitely not going to hold for a large scale player base, a year later I re-wrote it all, using RakNet of all things. RakNet is an open-source networking engine for games, and boy did it do the job. Thanks, RakNet!

There were many obstacles but I managed to get through them in the end, the system might seem complex but it gives a LOT of options, it is fast, reliable and can be used by anyone.
For server hosting I had to write a server control panel which handles all of the tedious tasks, such as what to do when a server crashes? or if the master crashes? And not only that, it literally does everything for you, making server hosting for Infestus very simple. All you need is a MySQL server, the app does the rest. 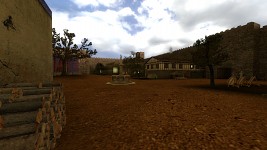 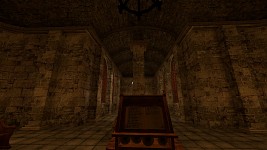 Currently Infestus supports up to 100 players per world, one world consist of multiple servers and one master.
The server control panel can handle multiple worlds and masters.
100 players is not a final maxplayer count, definitely not. It is not impossible to host, but would require some serious hardware. BUT, if you know you can't handle 100 then just reduce it to whatever amount seems reasonable!

Infestus is also on Steam, but currently hidden, the project is still young, I'm hard at work on the mapping part of the game, considering that most of the code is done, most of the important pieces at least.
Since this has been a mostly one man project, I had to use some placeholders, *sigh*, pardon me for that.

I'm hoping to assemble a proper team so that these placeholders can be replaced eventually.
If you want to contribute, feel free to step by the official discord server and send me a pm! (BerntA)

Last but not least, I hope you will find some hours of excitement in this mod!
There will be one server up for now, I will probably release the server tools later, when there's more beef!

If you have questions or just feel like sharing your adventures, feel free to step by the discord channel for this mod: