This article will cover all of the information about our new city – Midway, a brand new location based on Chicago IL, which we will introduce and expand upon over the course of several updates starting with Snapshot 4.2.

This article will cover all of the information about our new city – Midway, a brand new location based on Chicago IL, which we will introduce and expand upon over the course of several updates starting with Snapshot 4.2.

For starters, Midway is the UG Team's take on a custom, lore friendly, and 3D-era styled city made from the ground up based on Chicago, Illinois.

This city will be made with very high quality standards in mind, just like the rest of the mod. We are aiming for true R* quality with the map, something unheard of in most other GTA mods.

It is important to note that making an entire city is a large task, and thus it won’t all be available and completed in Snapshot 4.2. Instead, you will receive a snapshot of the parts that were completed at the time of the release. We will be working and expanding the city in future updates.

Like the rest of the maps in UG, Midway will have NPC traffic. The peds and vehicles that will spawn here are the ones we already finished and included in the game (most were added back when Snapshot 3.3 and its updates were in development). In other words, Snapshot 4.2 is not adding any peds and vehicles, they were already there.

And finally, Midway also has its own custom law enforcement and emergency services peds and vehicles which will spawn.

We also plan to add several gangs which will control certain turfs in the city. We will not get into which gangs are on the table per sé (nor will there be any in Snapshot 4.2), so it's best to wait for a future update.

Midway will be loaded with a bunch of safehouses to buy and shops to visit. In a lot of cases, we plan on using custom interiors (and custom clerks which sell items to the player). The shop brands present are the same as the ones you have in San Andreas, with one notable addition being the Ranch clothing stores, which will be exclusive to Midway. This brand is featured in several GTAs, from GTA:SA to GTA:V.

As of Snapshot 4.2, only a handful of shops are available, and no safehouses yet. These will be introduced in upcoming updates.

Chicago is known for its iconic elevated subway. We plan to include this in a future update by adding an L-train track with functional train traffic. You will be able to purchase train tickets and ride it around the city, as well as do freight train missions. This feature however is not going to be in Snapshot 4.2 and will be coming in a future update.

Midway is going to have a custom airport, and thus we do plan on making it possible to buy airplane tickets to and from Midway, something which is already possible in stock GTA:SA and expanded upon in GTA:UG by allowing players to buy plane tickets to Vice City and Liberty City.

This feature will however not be available in Snapshot 4.2, but is certainly planned. 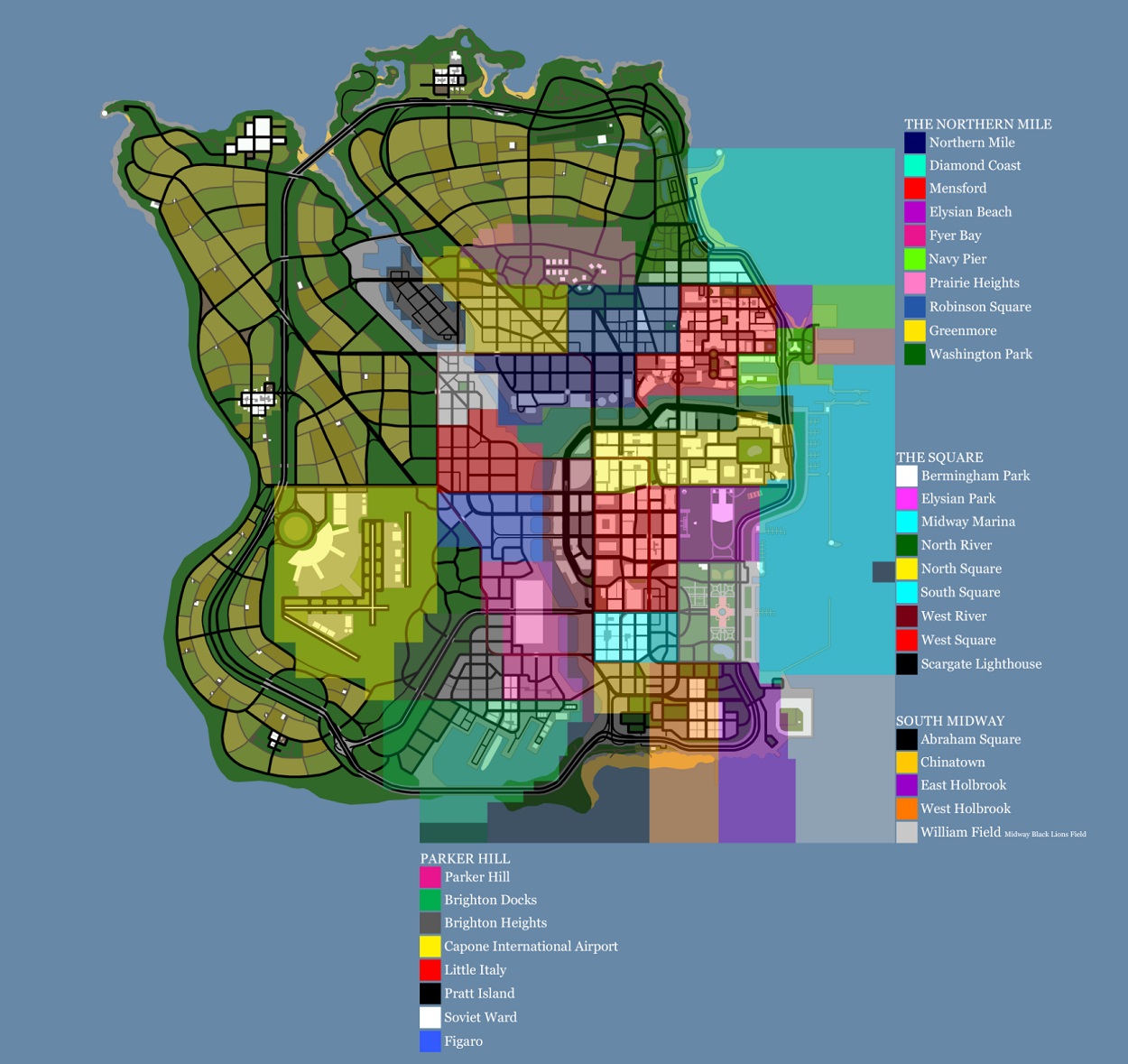 Now, as for the map layout itself, our plan is to include both the city of Midway and the state of Illinois, which we refer to as the state of Prairie. This means there will be countryside surrounding the city. As of right now, most of it is going to be farmlands with few elevation changes, and we are basing it all on the Great Plains area.

We understand that the prospect of lots of repetitive farmlands can be quite boring, but we are still looking for ways to encourage the player to explore by adding sites which draw the player’s attention to them and have some backstory to them. However, we don’t have any concrete site planned and this is still on the backlog.

The city itself is split up into four main levels, namely:

Other noticeable areas include Capone International Airport - Midway's largest and main airport and Pratt Island - an industrial park between Parker Hills and the Northern Mile.

What parts of the city will be in Snapshot 4.2?

As of right now, the northwestern part of The Square is the most finished. Other areas may only have roads, or nothing at all. Here’s a bird’s eye view of what’s available in-game: 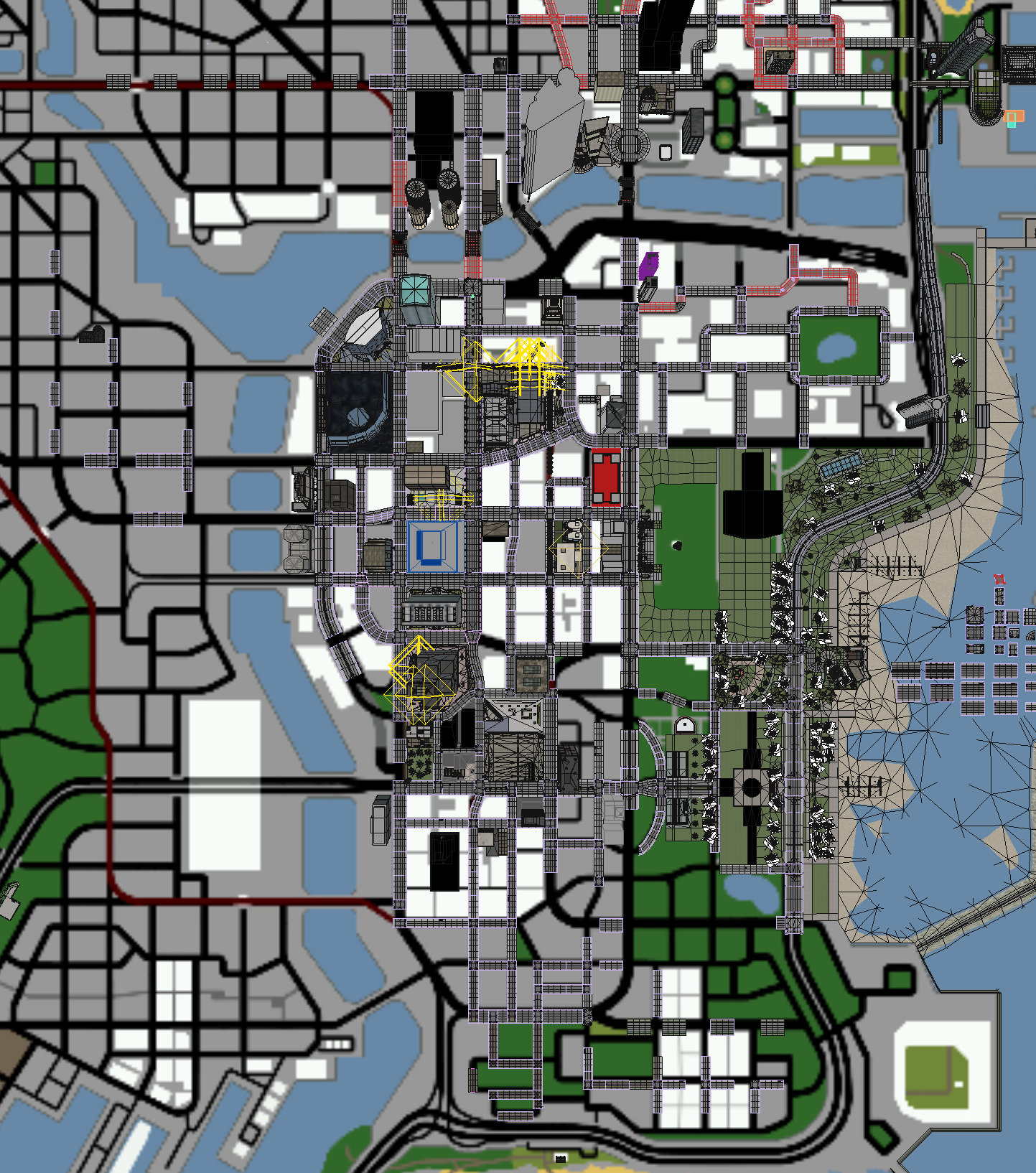 How is Midway designed and how is it different from other city attempts like Atlantis, Carcer and Cottonmouth?

As mentioned in a previous article, Midway has seen two reboots and cases of inactive city developers. Since then we changed our work structure and divided the work between a dedicated department of talented mappers and the project leader/co-leaders. Unlike most other modding teams, we have extensive knowledge on how to create lore friendly buildings, UV animations, props, LODs, prelighting, custom textures, and a lot more in order to make Midway a unique experience that will look like one of Rockstar's creations.

Majority of the textures used for buildings and landmarks are custom made - they are heavily based on their real life counterpart and the quality is set to match the same quality as 3D era buildings present in San Andreas/Vice City/Liberty City. Other textures like advertisements, billboards and shop names are also entirely custom made to be based on real-life American brands including returning existing brands which come with their own twist in true Rockstar fashion. On the other hand, plenty of textures are reused from other GTA games too.

Modeling buildings and streets however is a different side of the coin. Inspiration, creativity and of course the ability to work with outdated tools is the minimum requirements to create a believable city. So what inspires us to create a city you ask? 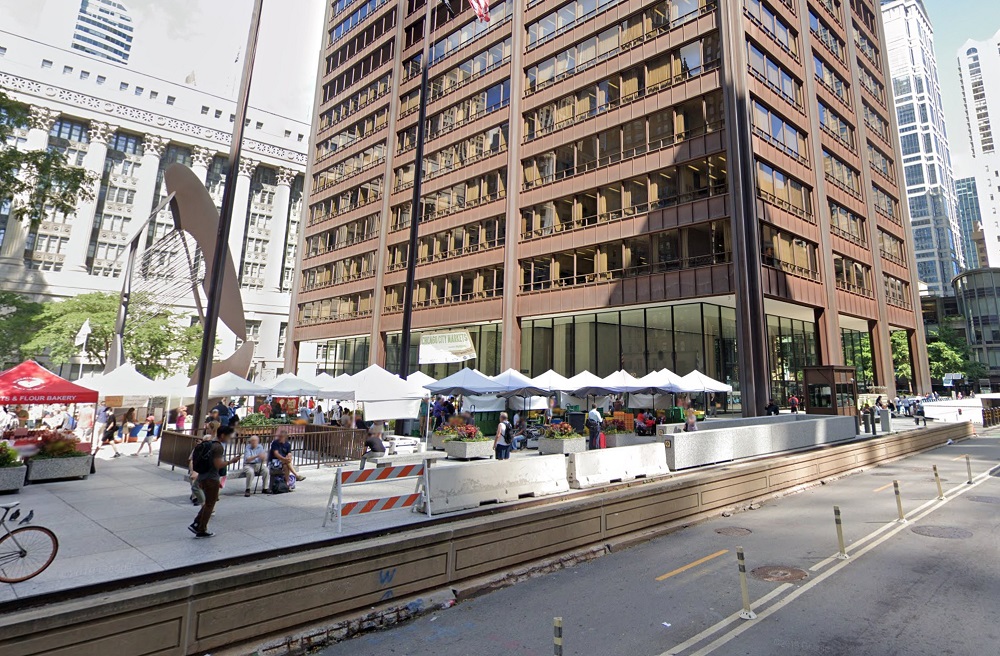 "I get inspired mostly by the big environment artists I see out there, but mainly by one of my 3D teachers. Though, I'd say my biggest inspiration is the beauty lying within the streets of downtown Chicago... something magic happens there, it's fascinating. The way I do my models is traditional (or so I think) - taking measures and as much reference as possible from the reference(s) at hand and try to recreate it with my own personal touch." -Midway project manager 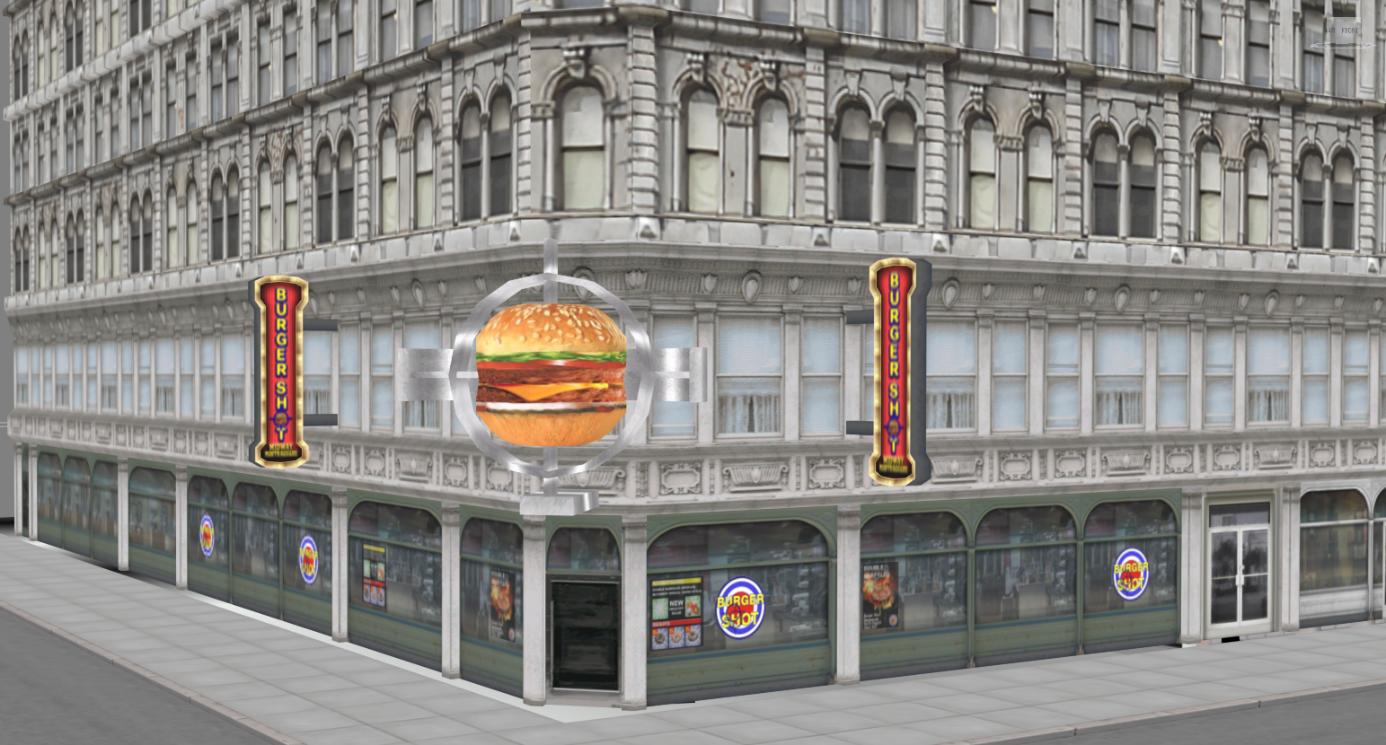 "I am looking for some specific, unique kind of buildings that other cities (SA, VC/LC) usually don't have - like this Burger Shot building is really old architecture and I don't recall any other GTA having something similar. Often taking something outstanding among several blocks and putting them into one. I kindof wanted to do Chicago myself - I take real life references obviously, can change them to my own liking, I also try to keep balance between quality and speed." -Midway city developer

If you want to see how this goes into action, try to compare these renders with the real-life counterparts you can find on Google Maps: 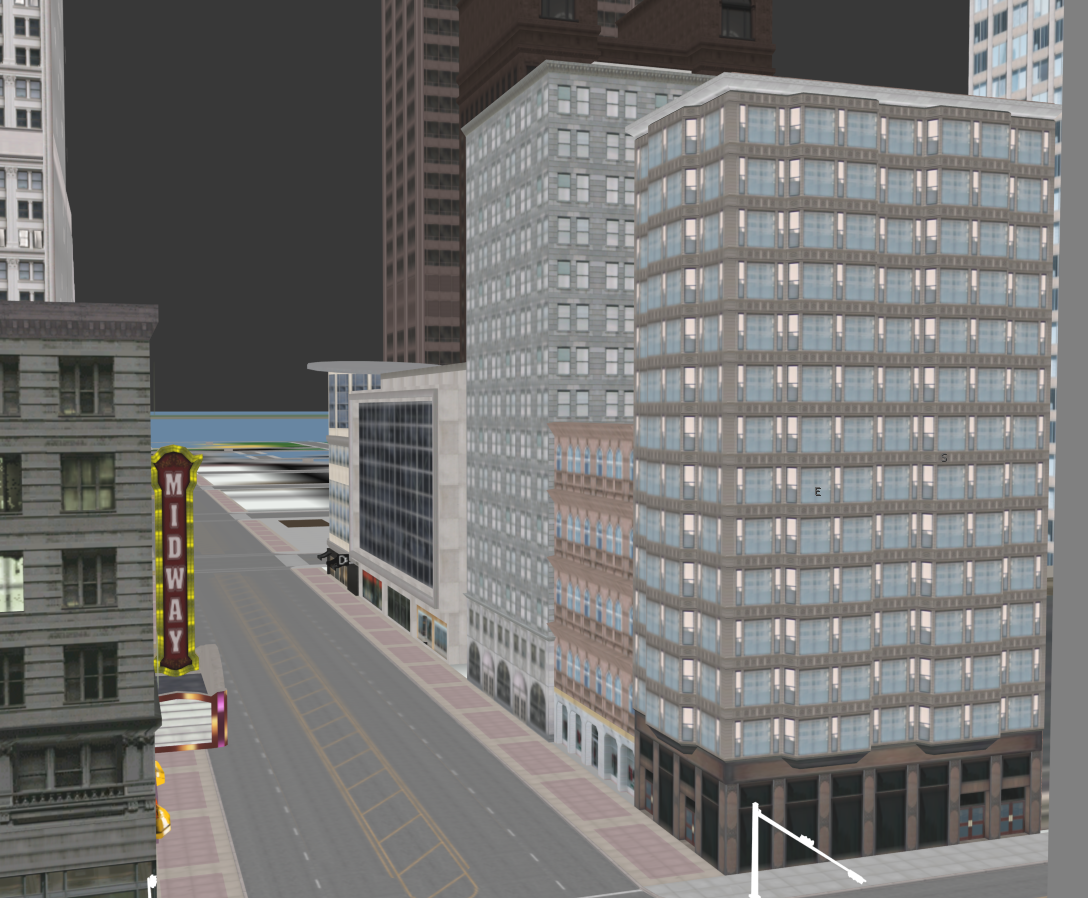 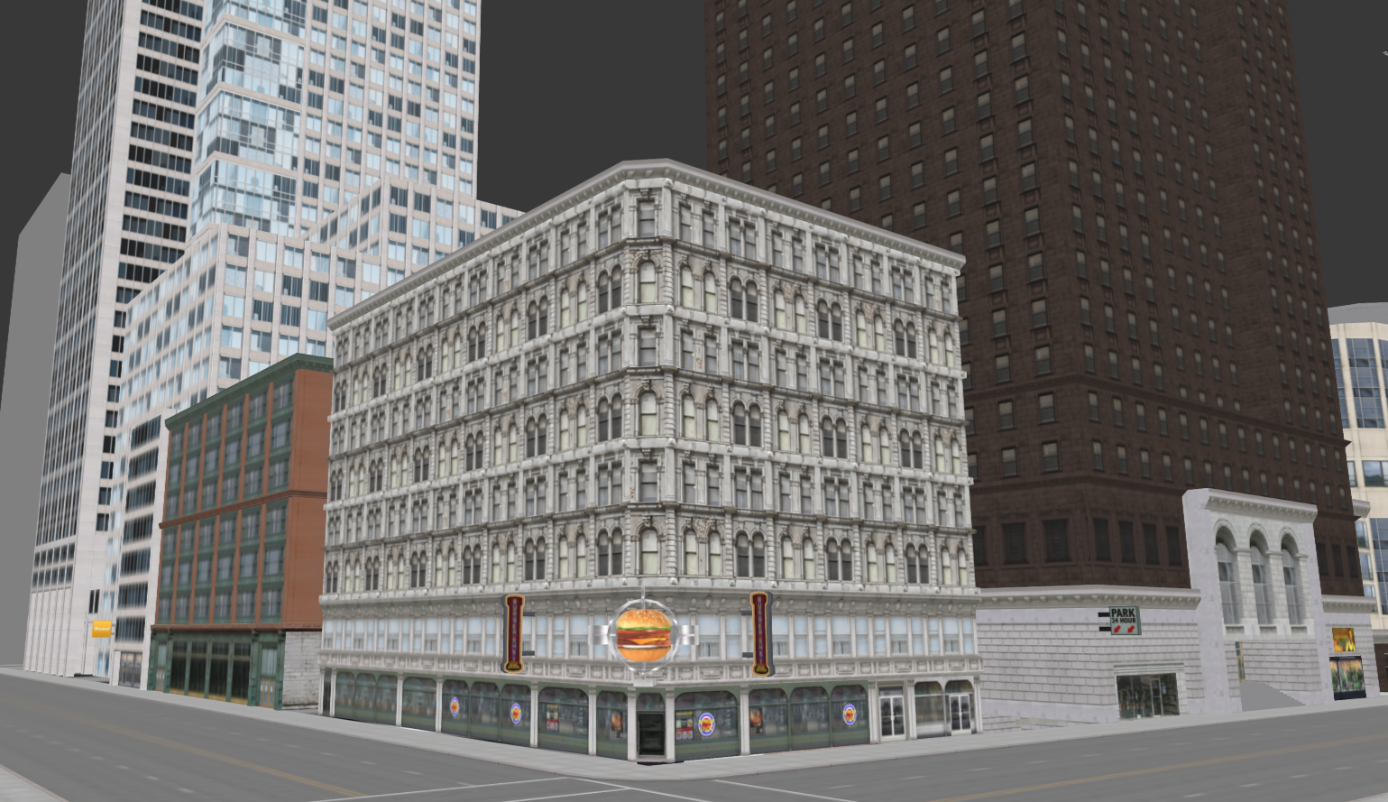 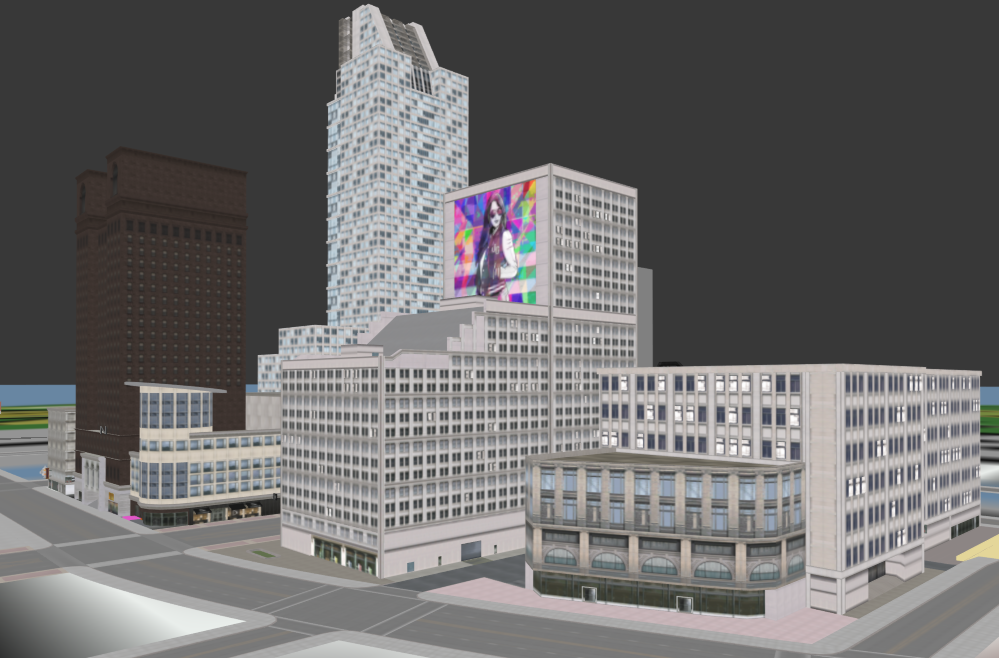 “I primarily enjoy the technical side of things. This mostly consists of exporting the maps properly, but also the detailing which comes with it. For example, I wrote the code which allows us to have custom traffic lights in the city, added functional road signs which correspond to actual locations on the map, as well as introduced metallic reflections on the props. These details, when combined with the amazing work others have put in really complement each other and form an amazing end product.” – Another Midway developer 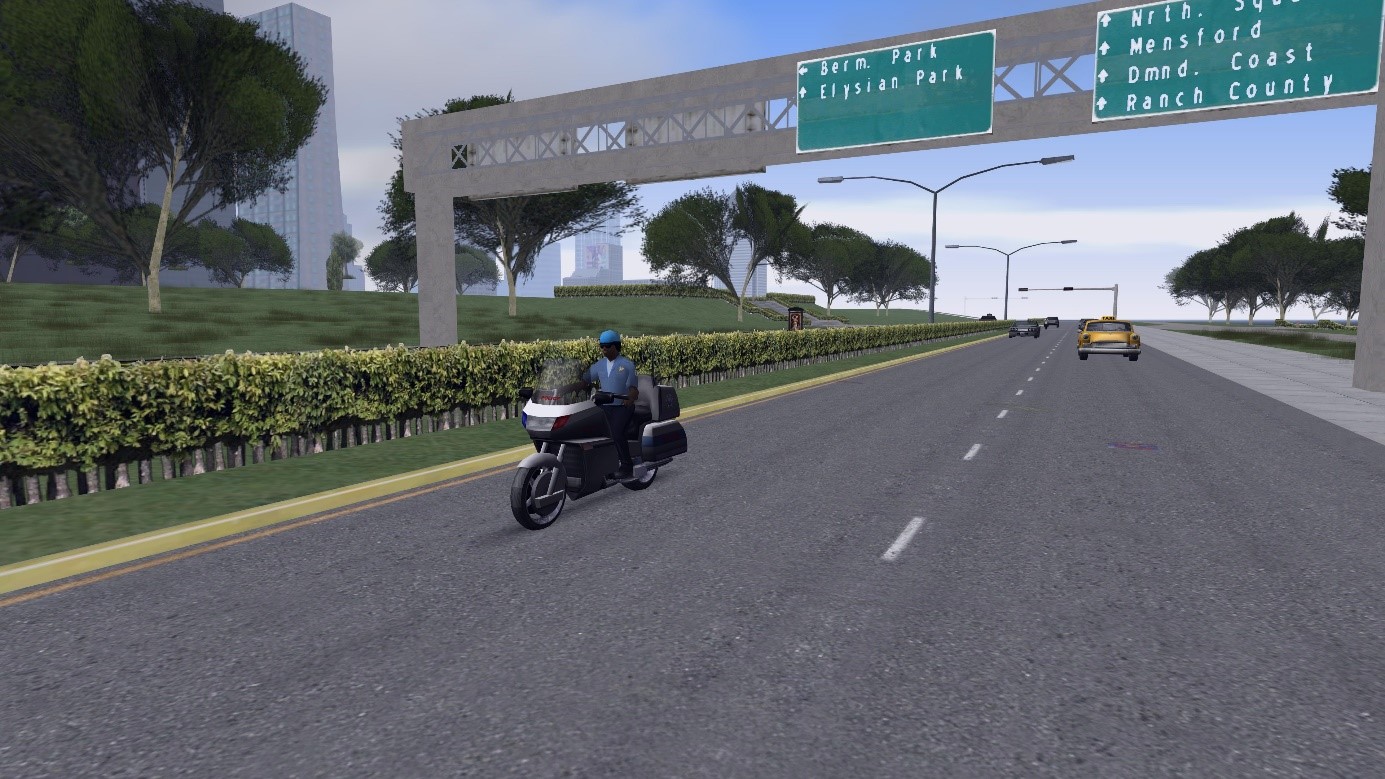 And finally, here are a bunch of in-game screenshots: 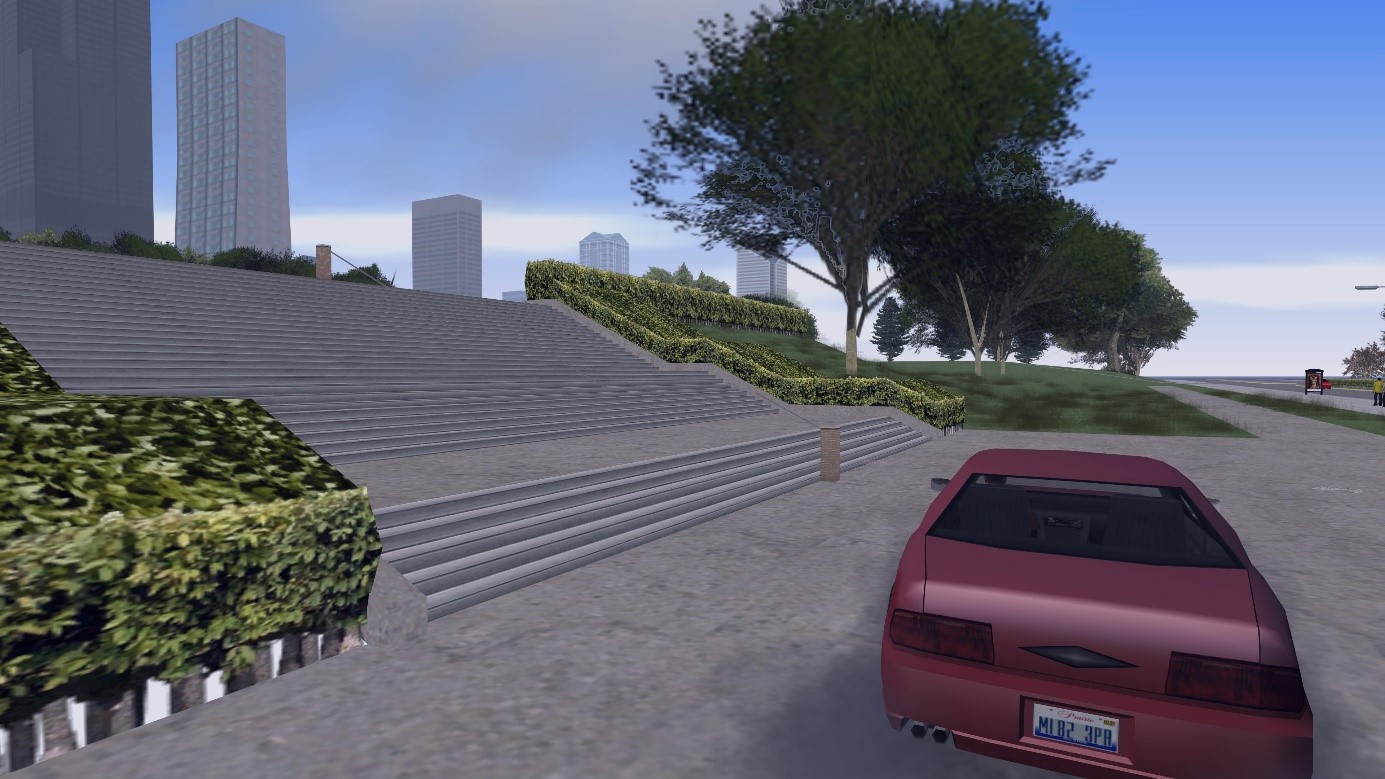 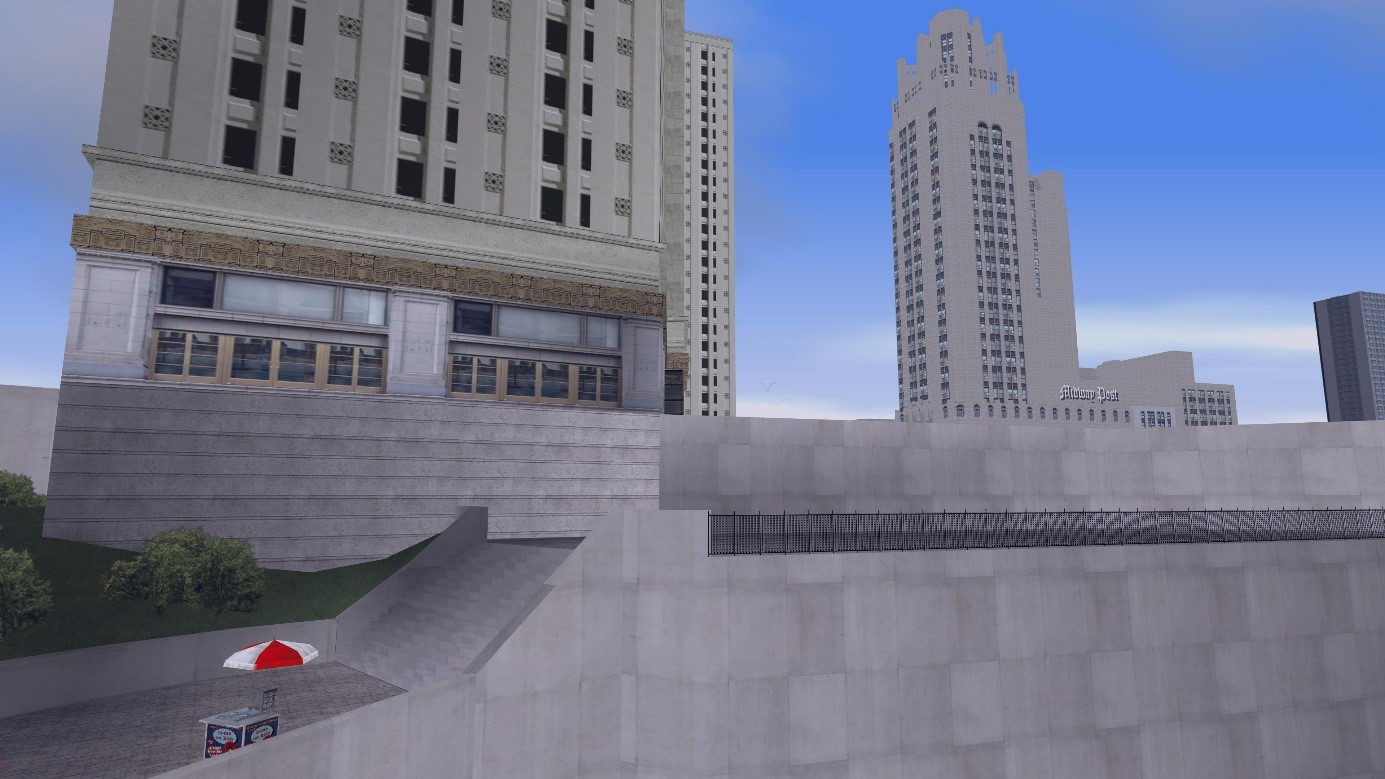 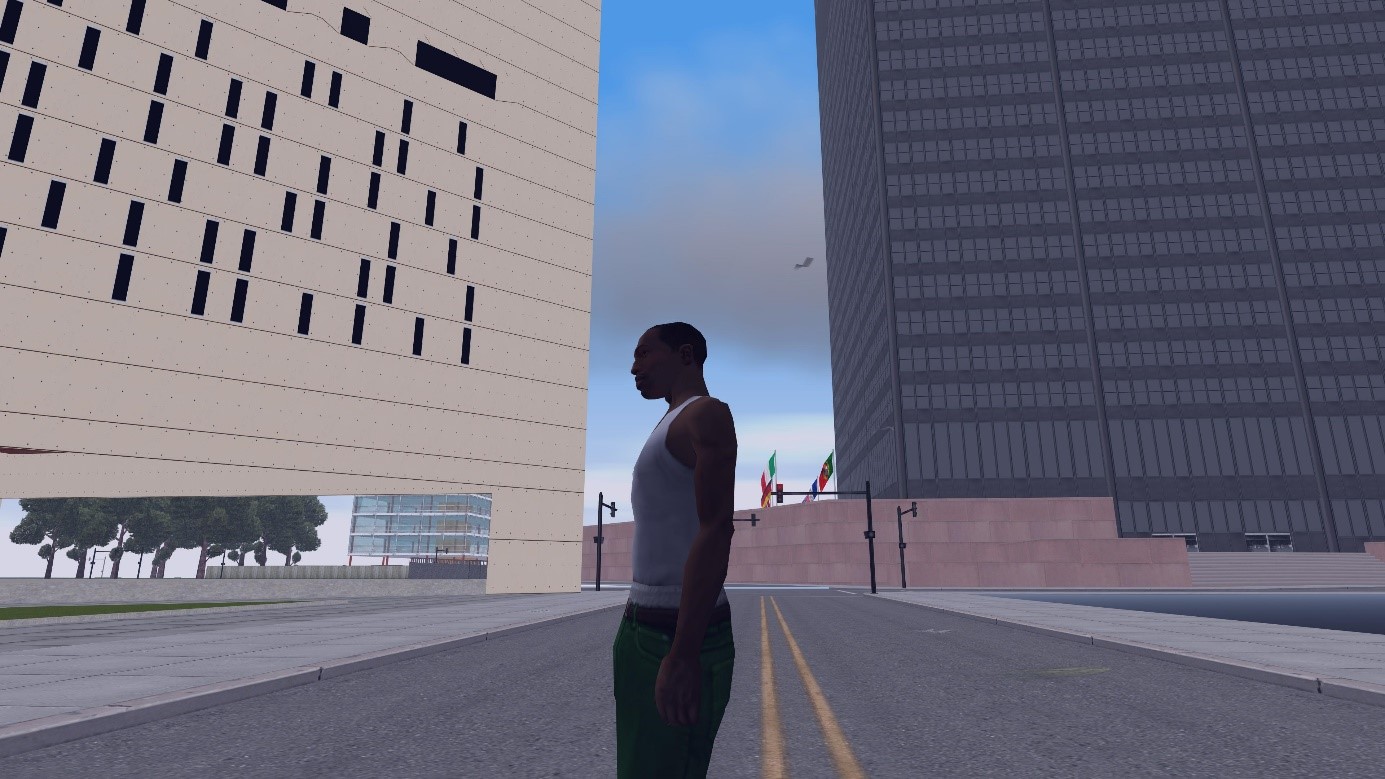 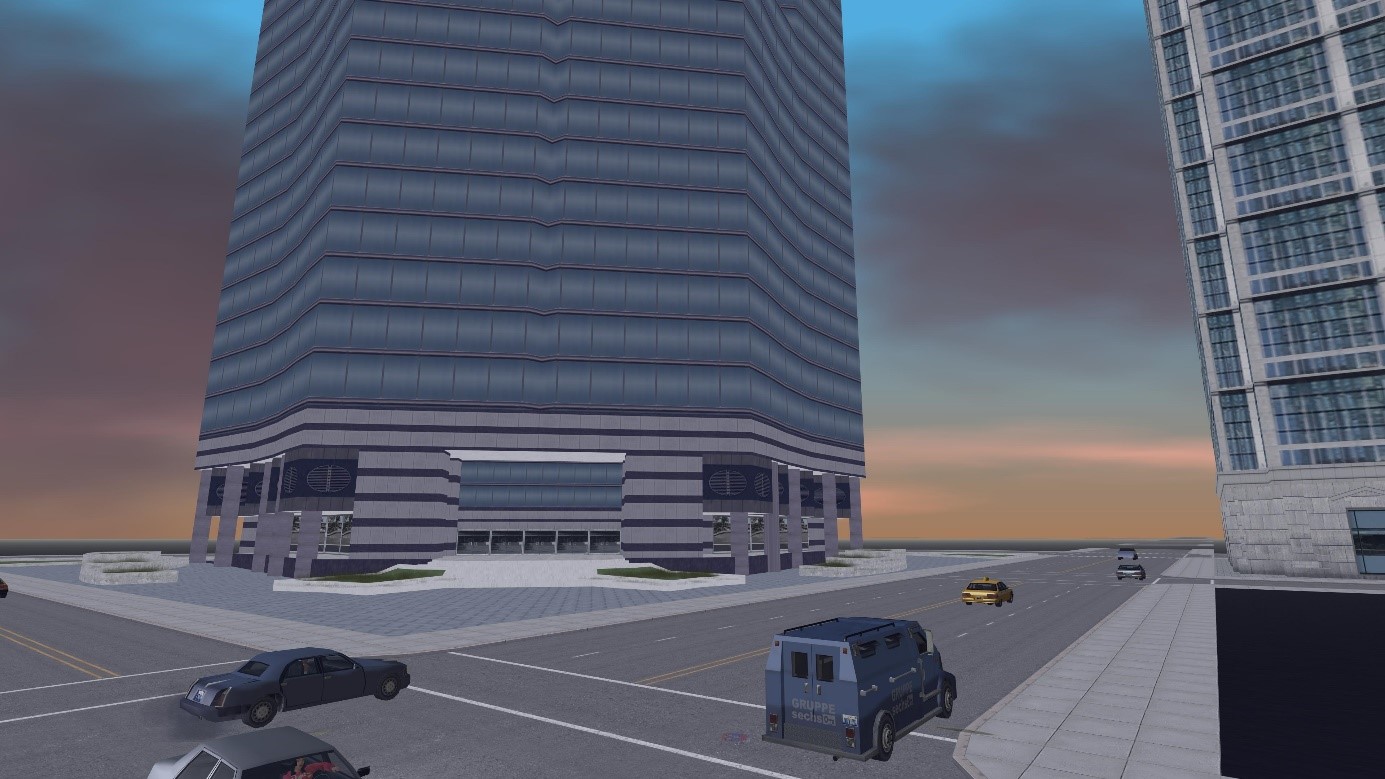 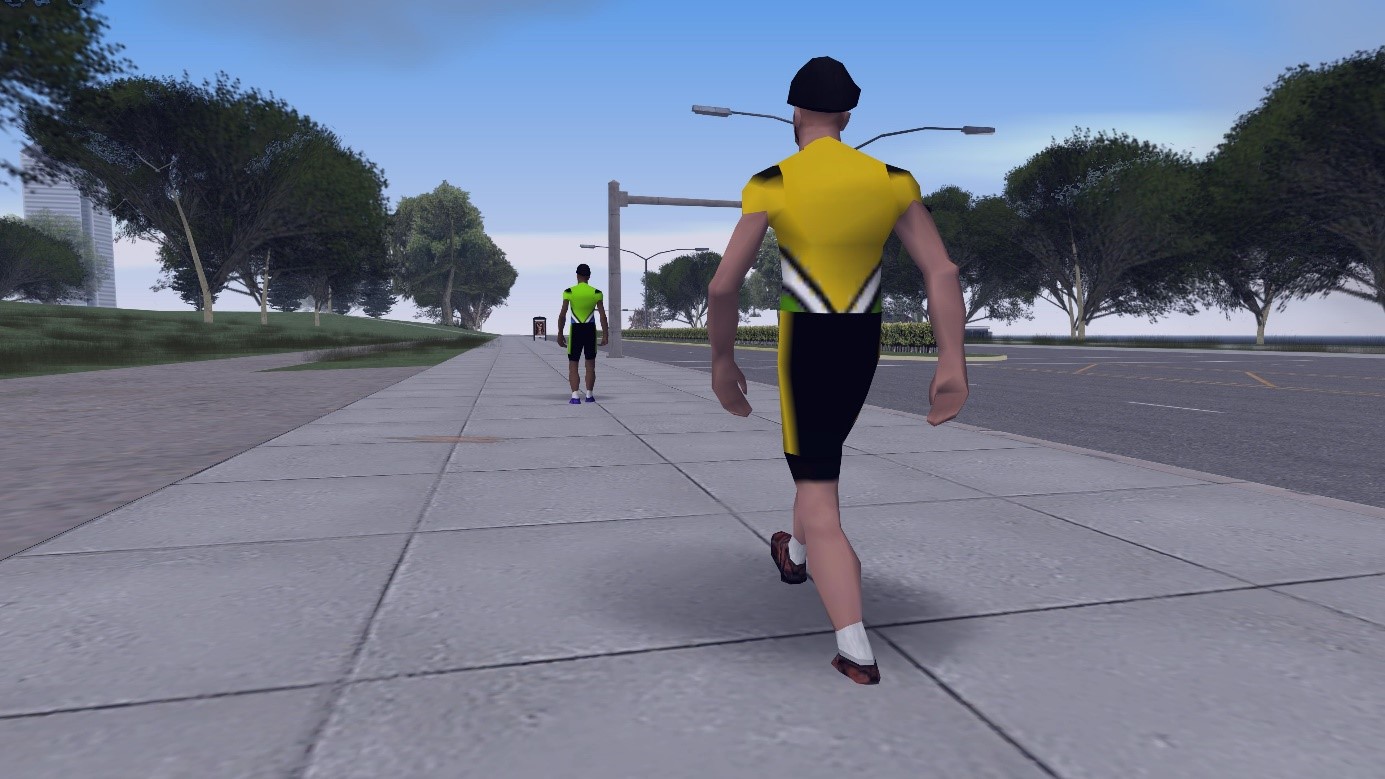 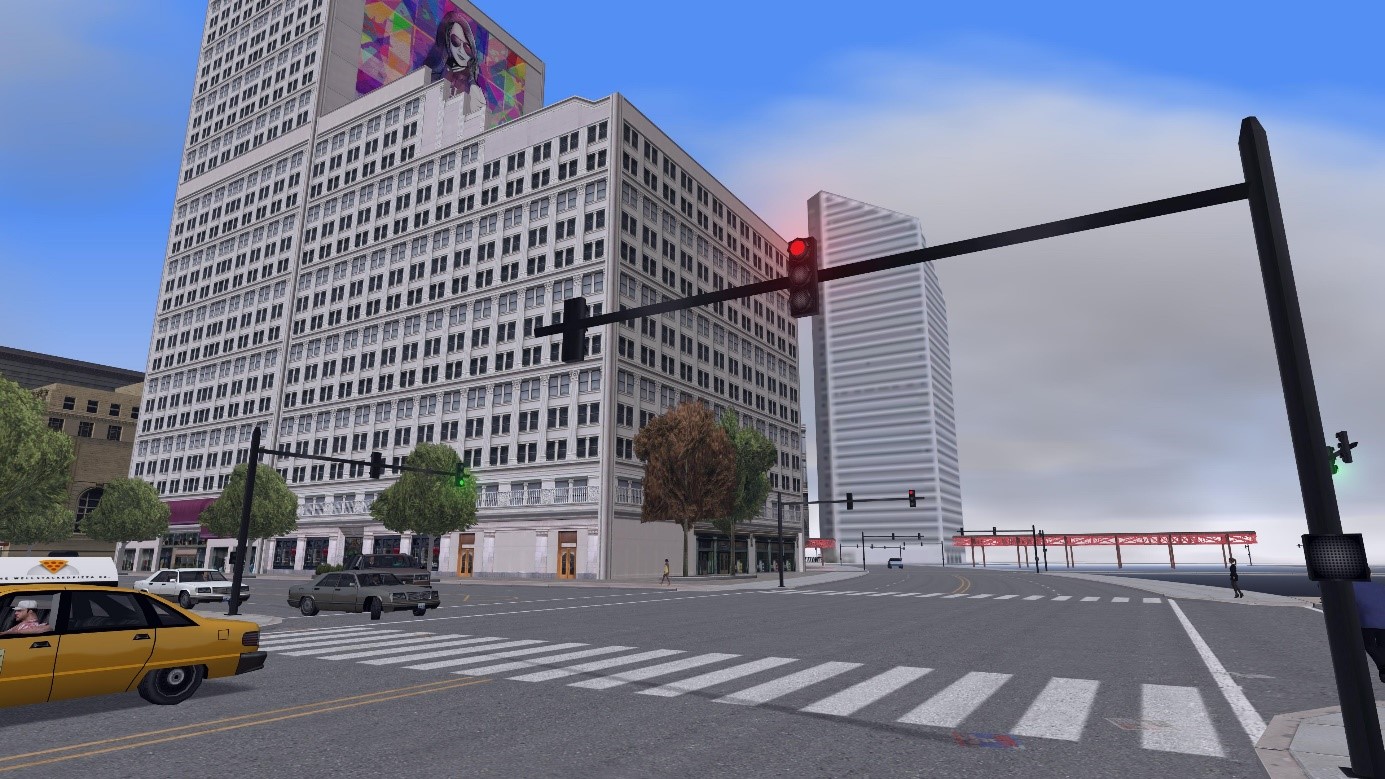 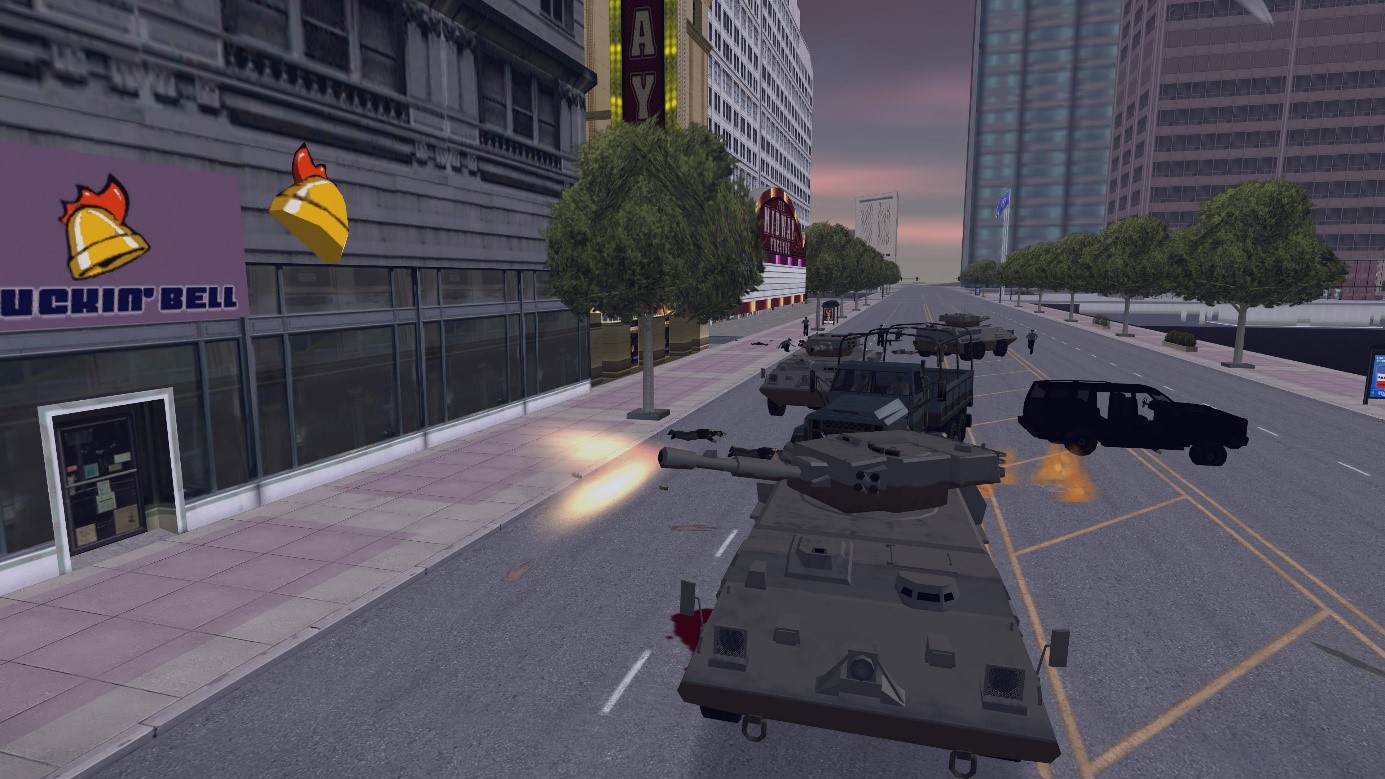 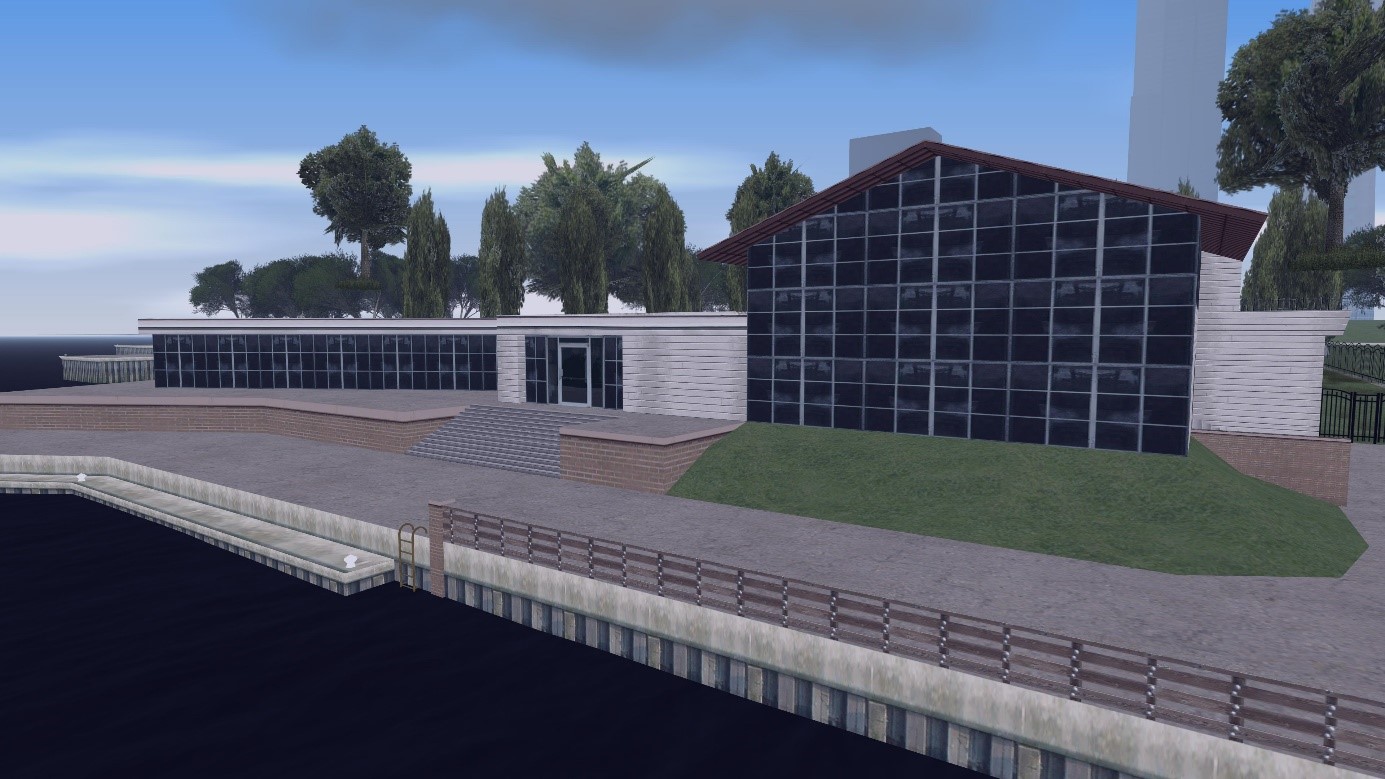 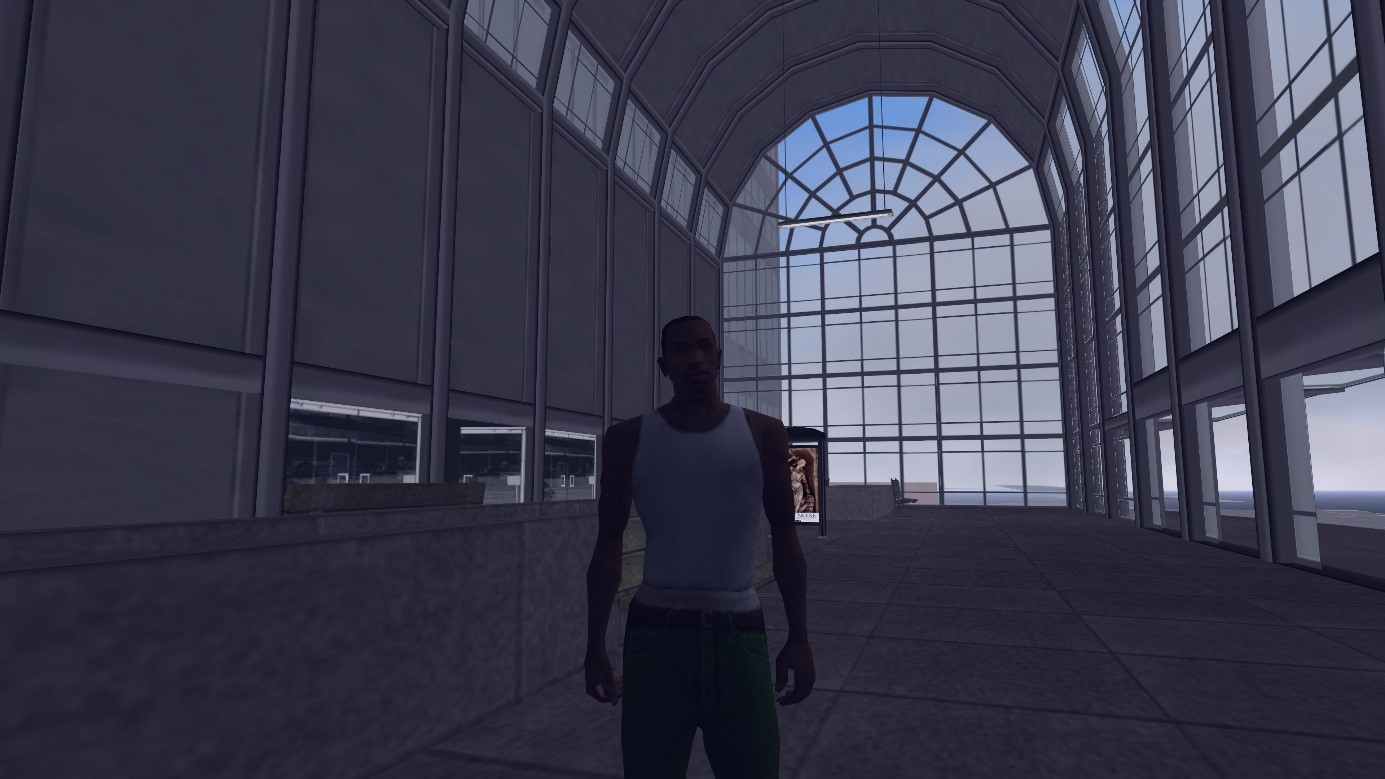 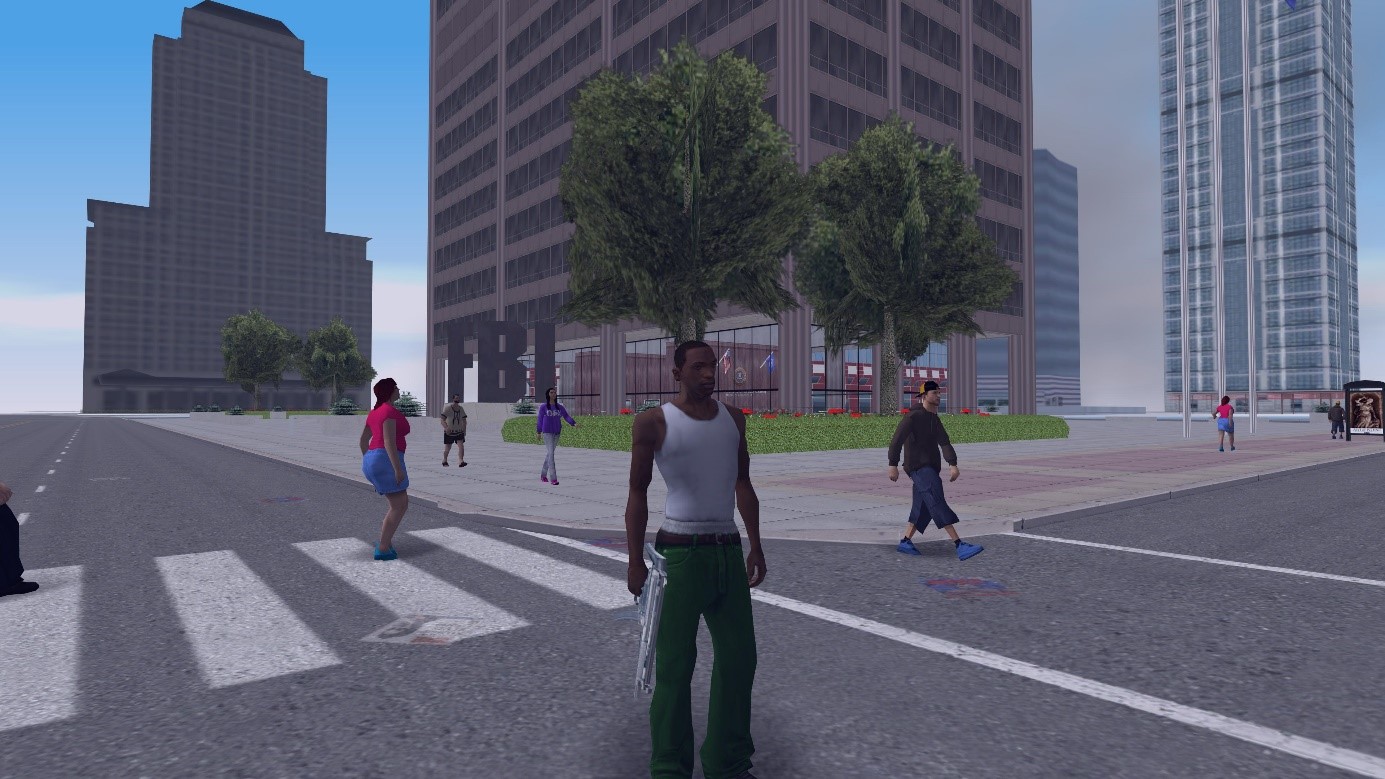 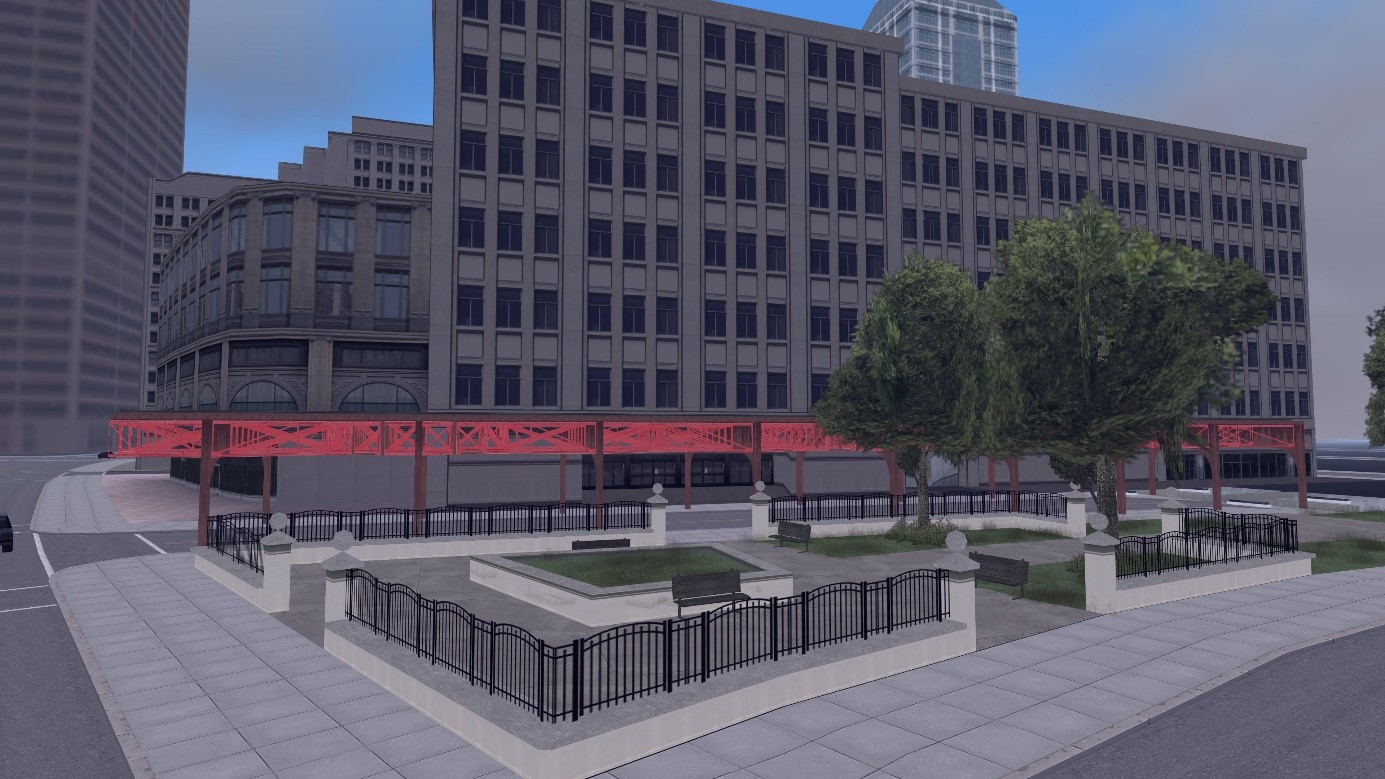 This is truly awesome! Can't wait what kind of gangs will roam Midway.

Stay tuned for future updates then!

Poggers
Will the air plane tickets will be for story mode like LB,VC,LV,SF?

New side missions or something new like activities soon?

We're currently focusing on finishing the Midway. Everyone is doing what he does the best. Coding, vehicle modeling, map modeling, art designing.... We got it all covered. Activities to do in Midway will come, in time. As said in the article, only the current state of the city of Midway will come in 4.2. More progress will come in the later updates.

it will be nice that in the future you put the NYC map of the 1978s Driver Parallel Lines, it would be top of the GTA & Driver Crossover, I know the DPL has nothing to do with the Rockstar universe,