An apology from the Jastian Summer crew:
We're oh so very sorry we were unable to prepare anything last week. It seems that we got into a bit of a bind and were stuck testing out some gameplay mechanics as well as designing new stages! Which brings us to the news.

This week and last in Jastian Summer... 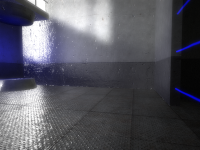 Various story elements were worked on this week! We have revised what was made before and made many concepts for antagonists, level continuity, and other junk. Of course, we're sure you would all love to hear what the story's about; I can't give that away just yet, but rest assured that it's being heavily criticized and worked over constantly to create the best possible outcome!

We've reworked many aspects of our previous levels, and have almost come up with an acceptable general world map. Yes, that's right, this won't just be a small, clausterphobic game! There will be many areas in the game to explore, and it will all be included in our story. 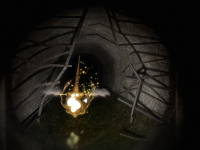 There hasn't been much musical development over the past two weeks, due to limitations on recording equipment. We're always accepting volunteer musicians to contribute their talents, so be sure to send a message with an example of your work included to Nintyplayer. Contributing music will get you in the credits as a musician, so if you're interested at all, please contribute!

In addition to an expanded map and world, we have decided to include various post-game elements. There will be many levels where you will be able to visit after completing the game, and find secret areas with all sorts of goodies. In addition, after completing any level, you can go back and access developer commentary.

These goodies include side missions, certain side stories, secret areas, secret bosses, and even secret weapons. Of course, these secret areas will have their own puzzles to work through.

These past two weeks have been somewhat eventful in the Jastian Summer development chambers. Remember, we're always accepting volunteers in the crew to work on models, music, and other things. And, if there's an idea that you have which you'd like to see included in-game, don't be afraid to tell one of us!

Sincerely, your humble reporter, level designer, story writer, musician, and handyman, Nintyplayer, as well as the rest of the Jastian Summer crew. (But they aren't as important. Especially Rombom, he's a jerk. >.>) umm, if it's a mod for alien swarm (source), and it's in first person, doesn't that just make it a source engine mod?

I'm fairly certain the SDK is different, so no.

It uses Alien Swarm as a base, making it an Alien Swarm mod, not a Source Base 2007 (or whatever) mod.

Same sdk as far as what ive used.