So, let’s get started, in this week update, I’m going to introduce you guys to the team and what we are developing right now, and what we expect to have early this year.

So, let’s get started, in this week update, I’m going to introduce you guys to the team and what we are developing right now, and what we expect to have early this year.

I’m going to start with me, I’m the lead programmer of Fat Panda Games, a small indie game studio located in México, we already have a game on Steam called Flat Kingdom and another one in development called Lobo With Shotguns, but right now we are focusing in one little and ambitious project: Twin Flames.

So what's going on with Twin Flames? Well, I’m going to be writing every week to fill you guys with the updates, we want to create a community and share with you our progress so you can give us feedback and help us improve, so let’s get started!

Twin Flames is an action 2D Platformer with Rogue-Like elements, this means the levels, items, weapons, and stats will work pretty much as Binding of Isaac or Rogue Legacy.

This was one of the main tasks of the last weeks of December. So we already had a simple and horizontal line of level connections, if the player entered a left exit, he would appear on a right door on the next room, but we wanted something more complex, more like Rogue Legacy, where each time you entered the level, the game will generate a procedural map of worlds, where you can go, up, down, left and right and have treasure rooms. So how did we do it?

Basically we had a number of rooms that had different sizes and different door heights and stuff, so we took some time to standardize all of them in room units (1x1, 2x1, 2x2, etc) and create all the different variations with the exit/enter doors. But we will talk more about this on an upcoming blog entry on how we managed to do this in the simplest way.

Playing with lights and bumped normals on pixel art

On the other hand, we have been very busy trying to find the perfect solution for dynamic 2D lights using bumped images in Unity. Since the game is about the Day and Night, the Sun God versus the Moon Goddess, we wanted to play with this concept in the world, and have dynamic lights in the background, the player, some objects and so on. I have tried some techniques using Sprite Illuminator and Sprite D Light, and actually want to make a blog entry about the similarities/differences between the 2 softwares. But right now, we are still very green on this subject so let’s see how objects on the world could look like with dynamic lights:

Drawing the level map with nomenclature

Between making the procedural worlds and programming some new enemies, we also took some time this week to implement a In-Level Map which shows you the map as you reveal it, much like a Castlevania game. We added some markers to show where you are, where is a treasure room or a branch room (usually it will have some random item or weapon). 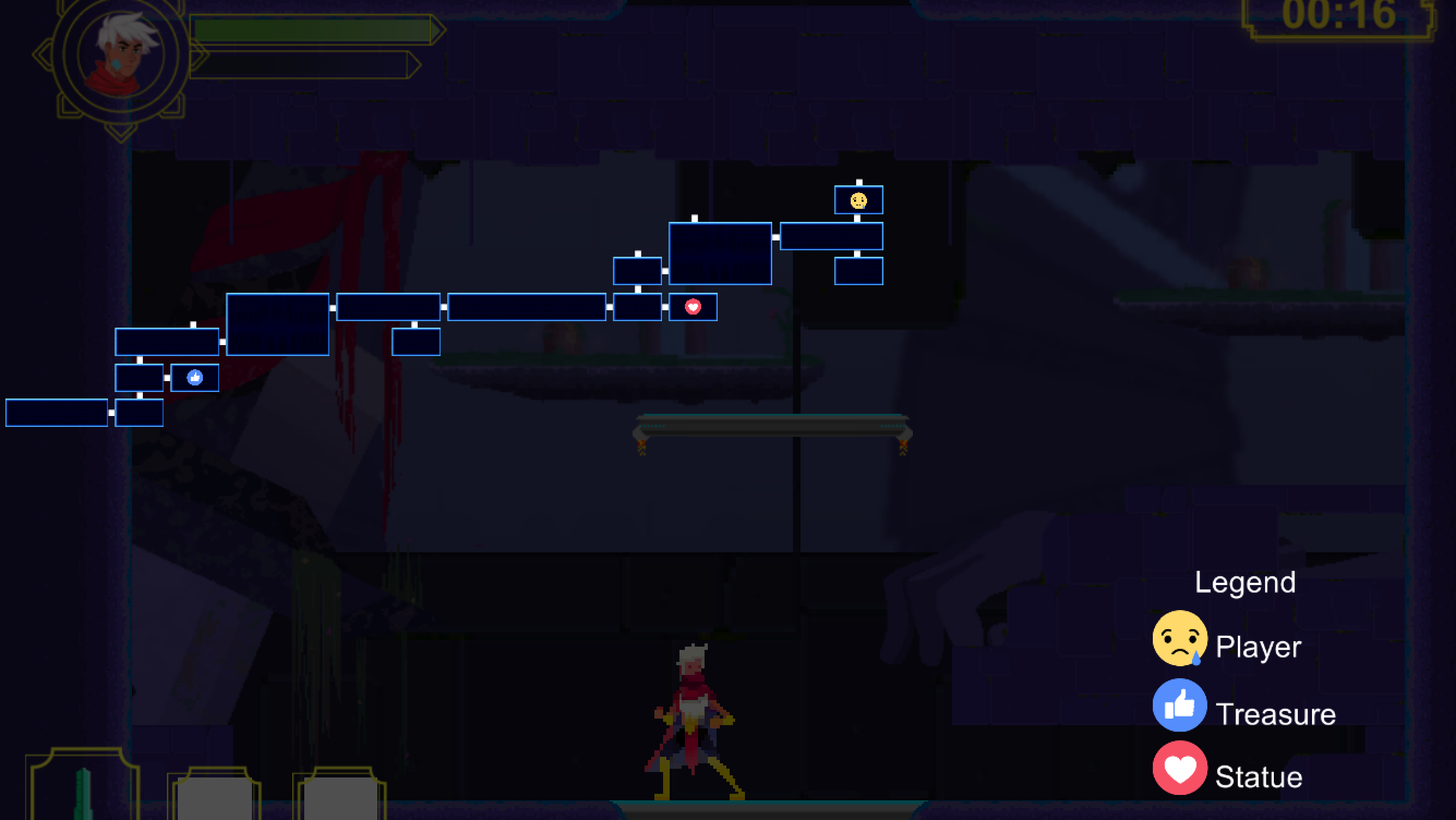 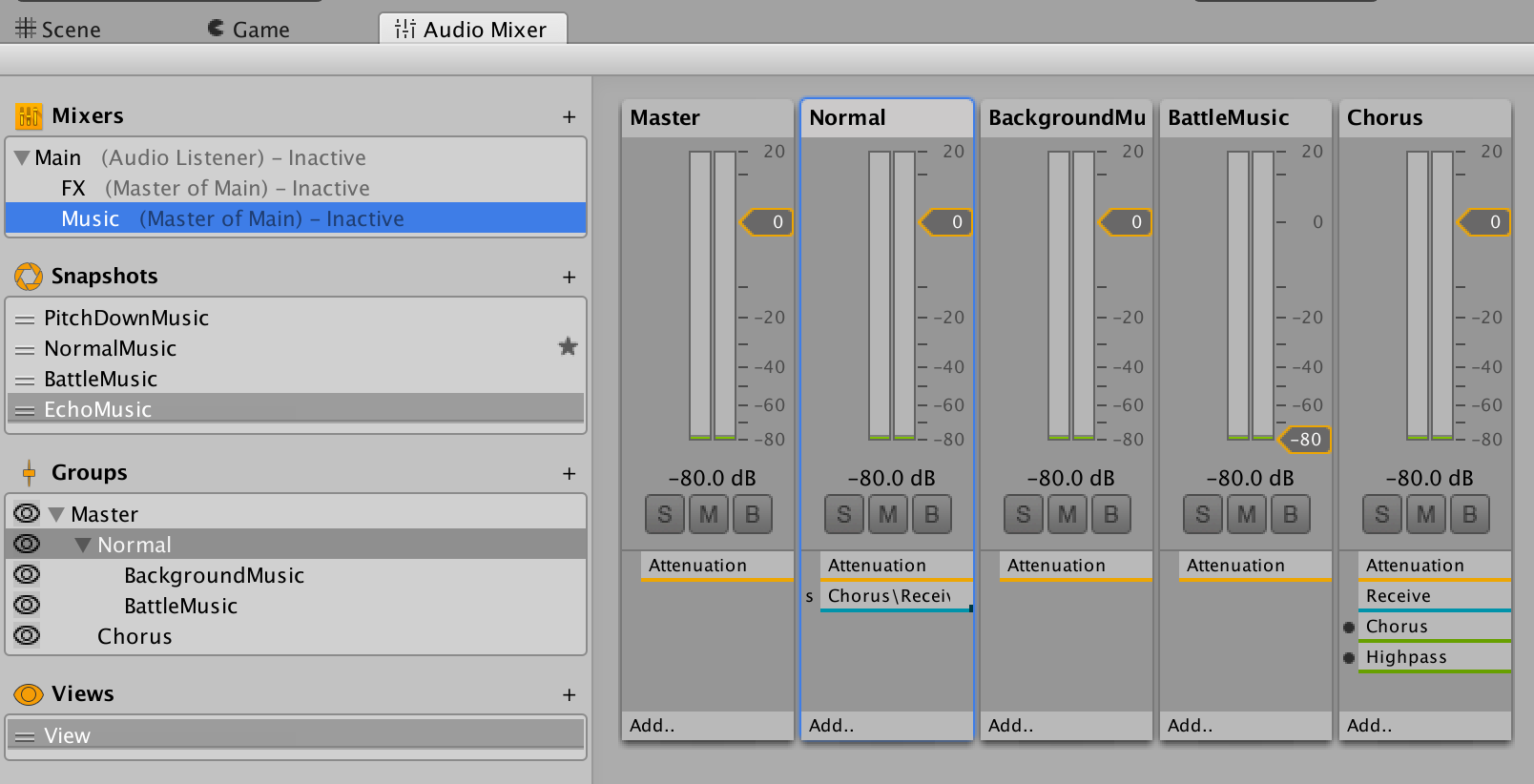 So back in the day when we were developing our first game Flat Kingdom, we wanted the music to be dynamic, this means, when an enemy appears on the screen (for example) you would hear some drums or some interesting music, but at the time we did not have the time or the experience, so the music was just background music and some ambient sounds that we implemented on the game. But this is another story, and we really want to try this out with Twin Flames using Unity 5 AudioMixer and the basics of Vertical Layering Music on videogames.

These last weeks we also advanced in Joachim’s God Mode (Berserker Mode), basically when you make a good combo you will increase your god mode bar, much like the Devil Trigger in Devil May Cry, so in this state, Joachim will have all the stats on steroids (Attack, Defense, Velocity, etc) and he won’t flinch when attacked by an enemy, so you can keep on swinging that sword and dealing massive damage.

Also we are also creating new enemies, we felt the need of a simpler enemy, a minion which only purpose is to be in your way, easy to kill, but satisfying.

And we also added these 2 new enemies, one is more colossal and the other one is another version of our shooting enemy (horizontal shot).

Basically, we are working very hard to give you guys a great game, packed with tons of action, unique experience each time you play it and tons of Items, weapons, spells and player stats. This is an ambitious project for us and we want to have a demo as soon as possible so you guys can comment and give us feedback about our progress.

Until the next weekly update! Have a great start of the year everyone!

If you guys have any questions on the development of Twin Flames please use our AskFM profile so we can answer them!

If you like the game, please stay tuned on our social channels: