Happy Holidays from everyone at LMP²! After last weeks horrible update (screen shots and general issues) I am glad to be able to say let's do it right this time :D

Hello everyone, after last weeks fiasco of sub-standard screen shots, malfunctioning vmf files, and memory leaks from the compilers I was finally able to sort it all out and get things back to a semi-normal state.

I also have some progress to show off as well as where all I made the modifications to when I lowered the ceiling. 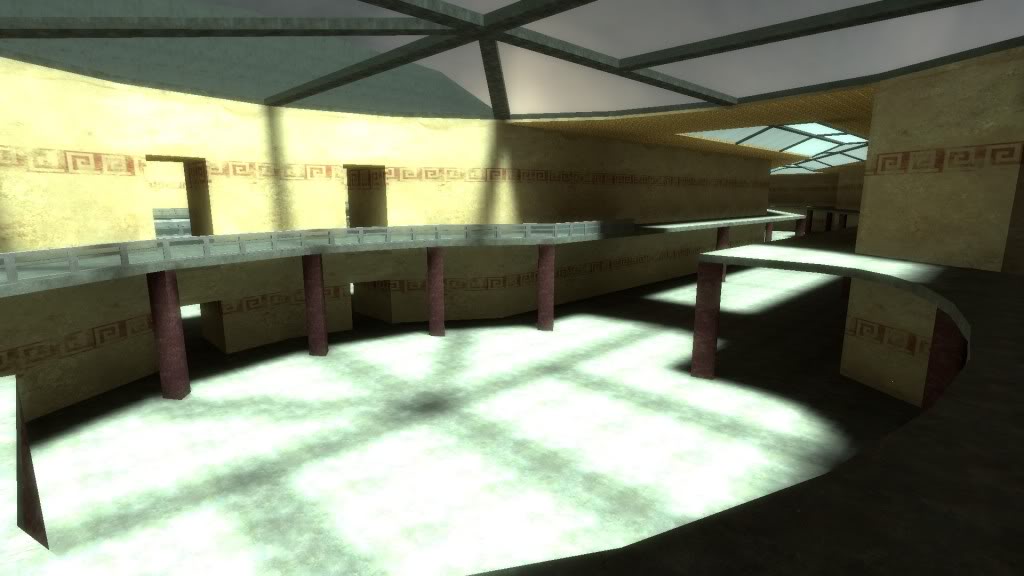 Lowered the ceiling and second floor/supports to bring things back into proportion. The door way areas into the Atrium still need to be lowered a bit. 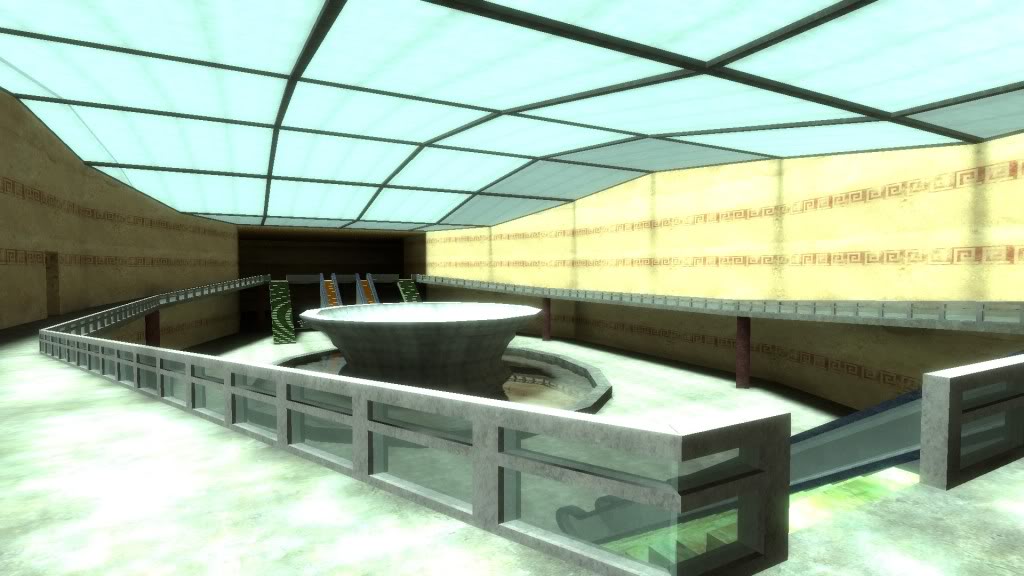 It is slightly hard to see, but I lowered the second floor areas on the North and South walls and made slight ramp-ish looking sections that connect to the East and West areas. 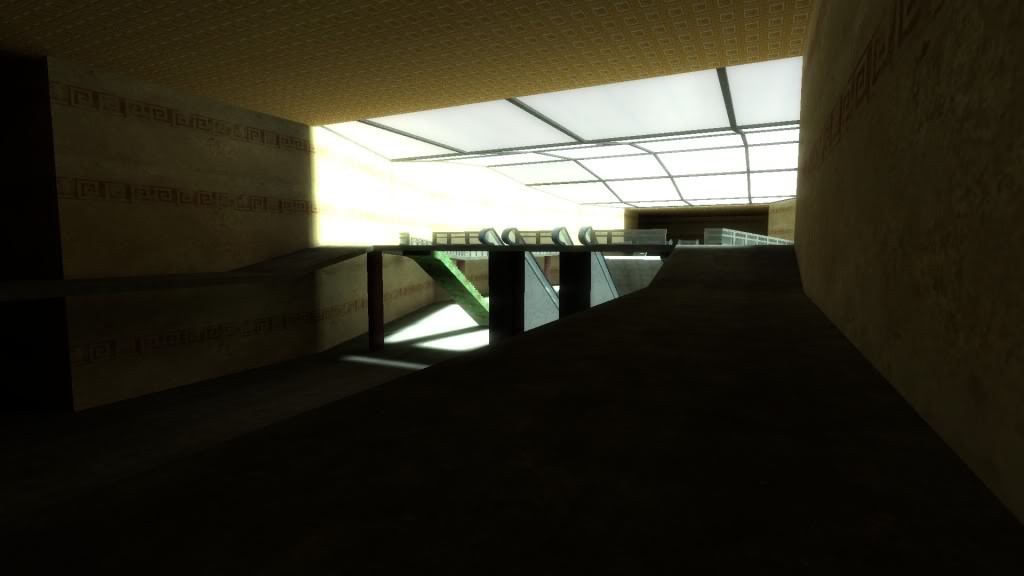 The areas beyond the East and West sides were also dropped a bit and ramp up to connect with those areas. 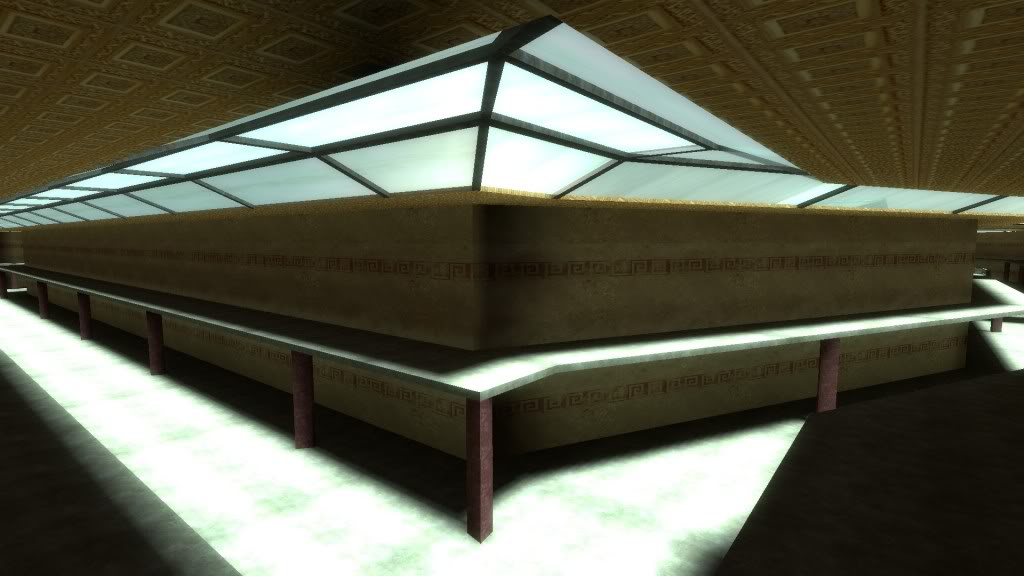 Hallway off the main entrance. 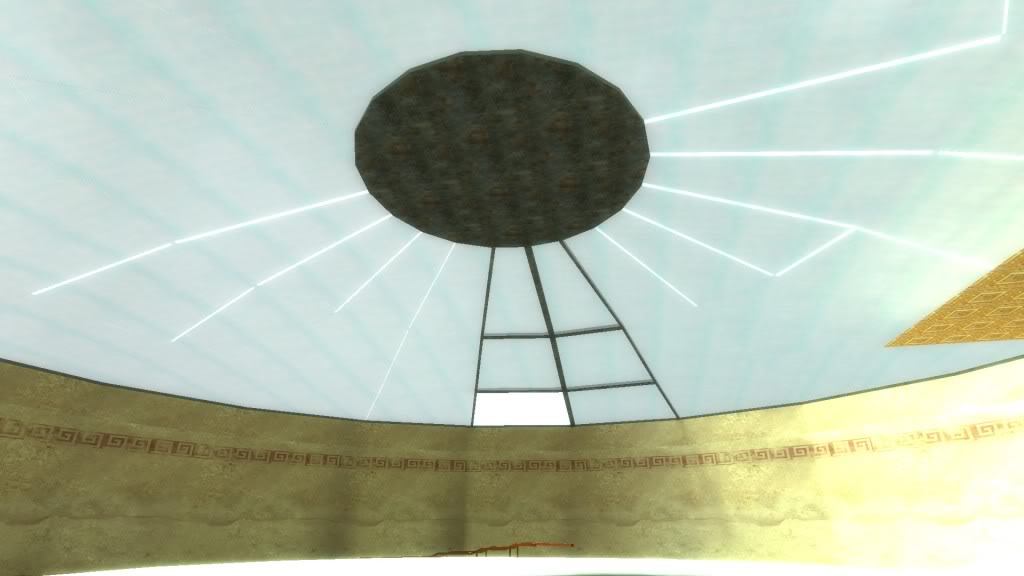 First screen of actual progress from Sunday. Those white lines are from nodraw/texture content errors. I only did one section of the support superstructure to give you and idea of how it will look once completed. The large circular bit in the middle will have a support coming up from the ground in later versions of the map.
This is the Food Court area. 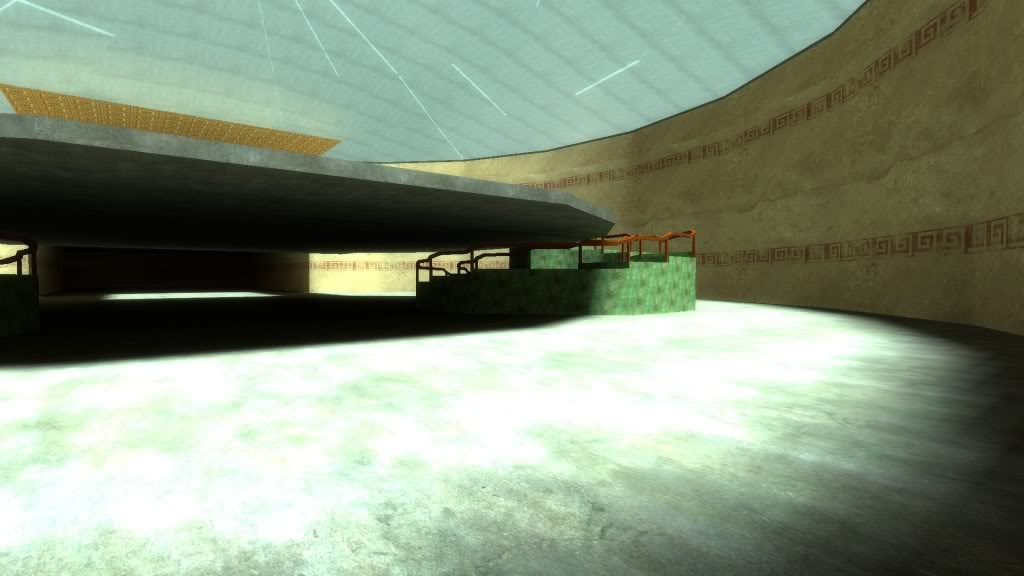 The Food Court area once again (two more screen of this are to go), this time showing one of the two stair cases that leads up to the second floor. The second floor will have unique supports. The stairs will be lowered a bit due to finding out that the info_player_start entity is not very accurate for the height of the player. 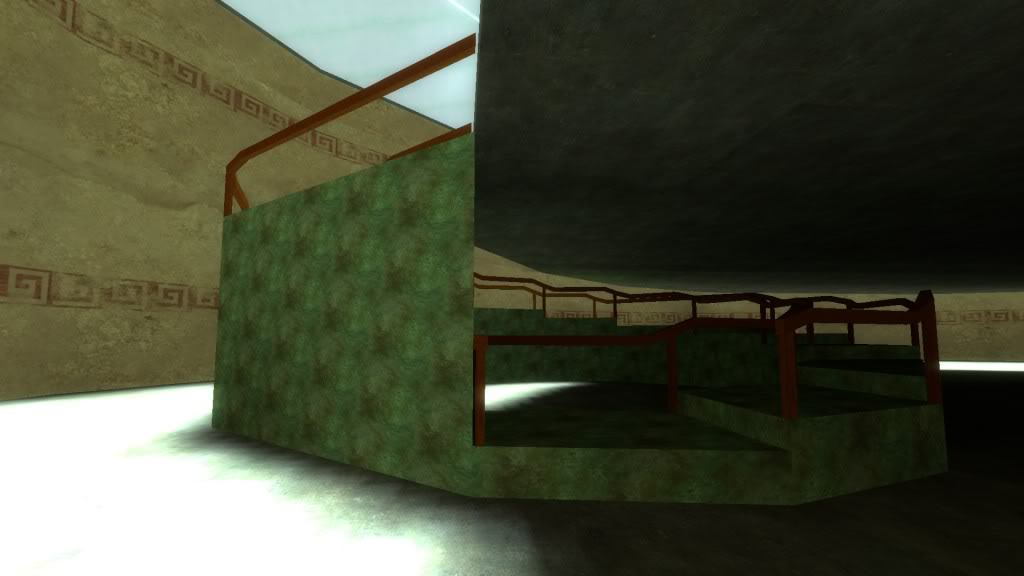 Another shot of the stairs from the opposite side. Each staircase will have a floor support in the central area. 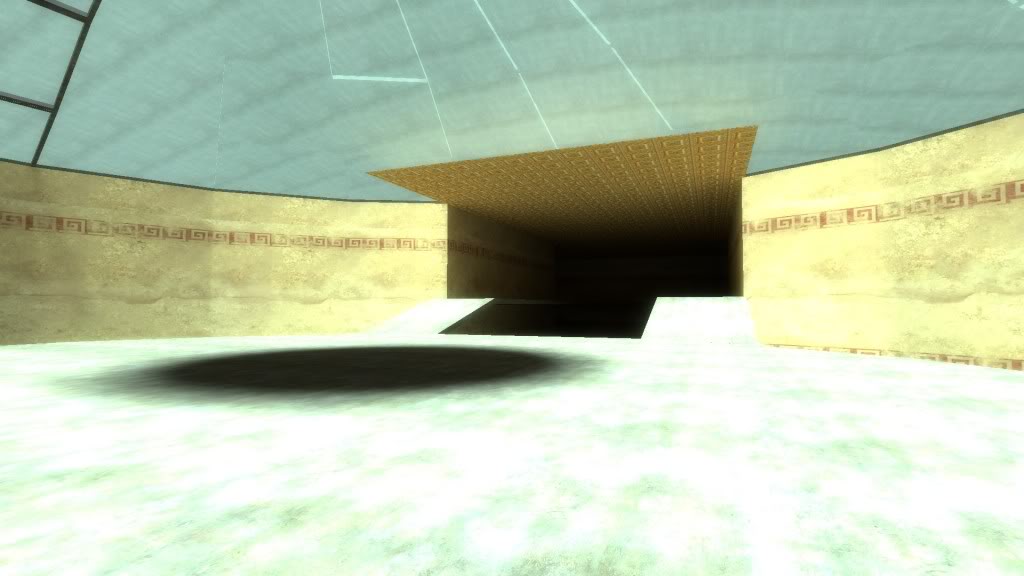 Final shot for this update. Food Court again, second floor this time. Sloping paths will lead to and from this area.


Thats all for the screen shots. If you remember from Sunday's update, there was an area I said I would compound upon in the next update. What this area will have is some form of abstract sculpture that will have two halves. Each half will spin in the opposite direction. I do not have any screens or concept images of this yet, I am still planning how it will look and if I should include a small pond-like section for it or not.

I would also like to note that the next update will happen on the second week of January. Everyone here at LMP² wishes everyone safe and happy holidays. See you in 2010!

The ceiling glass is awesome!

this is gonna take you a lot of time to put detail in it and make it look interesting.

yeh, looks nice, but you are gonna have your work cut out filling that up.