Beta Update Week 3. The third week of Alive 2 Survive beta testing has concluded with the release of v0.1.3! 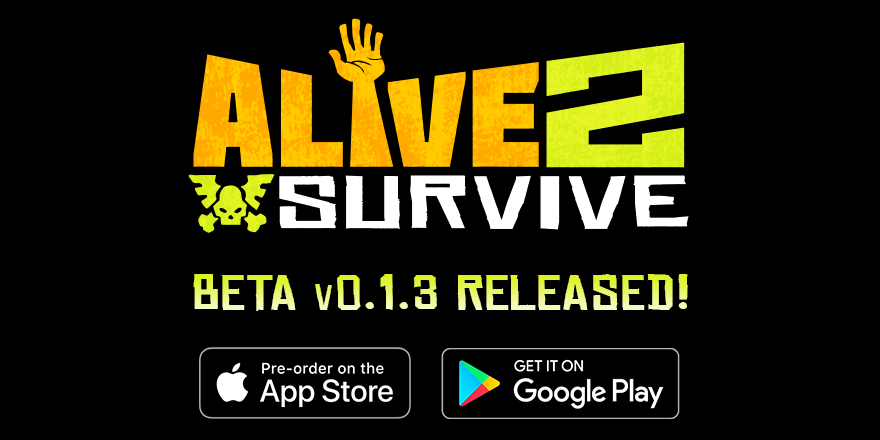 NEW MASKED VIPER: "THE CAPTAIN"
New Masked Viper character “The Captain” added to the game. The Captain wants your group to pay an ongoing tribute to the Masked Vipers in the form of supplies, people, and other “favors”. Do you cave to his demands or fight back? The choice is yours to live (or die) with!

REWORKED UI
Reworked the UI based upon player feedback and in preparation for some new features that will be added in the coming weeks!

Inspired by decision making games like Reigns and Choices, Alive 2 Survive is a swipe-to-survive game where you make tough life or death decisions to keep your group alive for as long as possible in the zombie apocalypse.

DAILY DECISIONS
Swipe left or right each day to make important decisions for your group as you strive for balance between soldiers, followers, elders, and your limited resources. Each choice can be the difference between your group surviving the apocalypse or becoming part of the zombie horde.

CHOOSE YOUR DESTINY
Are you a ruthless, cold-blooded killer who will do anything to keep your group alive? Do you put preserving civilization and your way of life over the lives of individuals? Or are you just living day-to-day to enjoy whatever pleasures you can find in this zombie infested world? You make the choices that determine your fate and live the post-apocalyptic life you always dreamed of.

BALANCE OF POWER
Strive for balance between soldiers, followers, elders, and your limited resources. The soldiers protect the group from zombies and other hostiles, but they can go too far with their use of force. The followers take care of the chores around camp, but they can be very needy with their requests. The elders help you lead the group, but they can be overzealous with the power they wield. The resources are the food, water, tools and supplies your group needs to survive and they are in high demand but short in supply.

FIGHT TO SURVIVE
Zombie hordes and hostile human groups will be a constant threat to your survival. Will you aggressively attack your enemies or cautiously defend your walled compound? You'll also encounter strangers who can help or hurt you in your quest to survive, but you must determine who is friend and who is foe!

Thank you for your support!
Alex Jamieson (Jamopolis Games)
@JamopolisGames