This week, the first seven maps added to Dark Times II will be shown one-at-a-time, one per day. The second day features "Taris: Into the Sea."

The second map added to Dark Times II is Taris: Into the Sea. While it has not seen a proper release like yesterday's map (Sullust), both this map and the map featured tomorrow are maps submitted to mapping contests - so they have been played before, they just haven't been fully developed.

I made Taris last summer, and it was a fun map to make - as I used it as a testbed for a couple of things I wanted to eventually add to this mod. As you'll see in the screenshots, it uses several different ambient environments, and it also provided me the opportunity to test a scripted conquest mode I may eventually add in later to the mod. 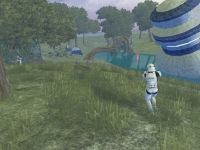 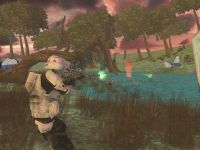 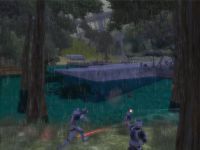 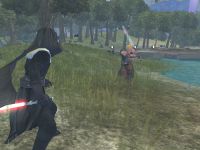 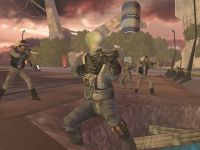 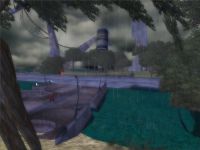 The planet Taris is one you may be familiar with if you've ever played the original Knights of the Old Republic. In that game, we saw a large city portion of the planet, and then we saw it - spoiler alert - destroyed. This map is a representation of a fringe area of that destroyed city, with ancient city ruins crumbling into the sea.