Explaining some ideas and concepts, without revealing the juicier stuff. Also introducing the Tufrig.

So ok, I was too vague on my last news post. Maybe this would be a good time to open up and explain some of the weapons, and eventually lead into game-play.

The design calls for only two official weapons: Carrie and the blade. There are more weapons but that is to be discussed later!
Carrie is a chopped up old rifle consisting of scrap metal and whatever else holding it together. 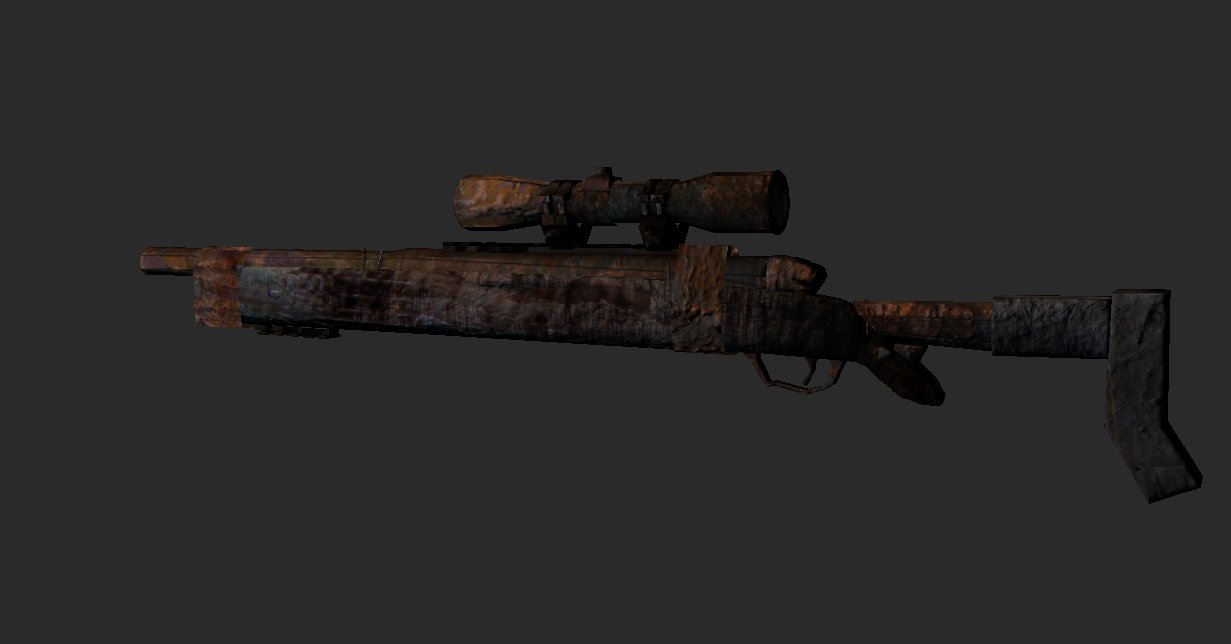 Unfortunately Carrie needs much work, and will be completely re-done. The new design will be much more intact and have a real working scope. While it will be better put together, the rifle will be very old and worn.

The rifle itself goes down to the 'old reliable' ideal. A weapon that has always been with the player and continues to work. It also proves useful for fighting off some of the bigger monsters, and to use traps.

The other weapon, known as the blade, is a crude dagger used in desperate situations.
Forgive my ugly model. I took what I thought was the final design, but looking at my notes again I realized I created the weapon very crudely compared to the much cleaner version its supposed to be. 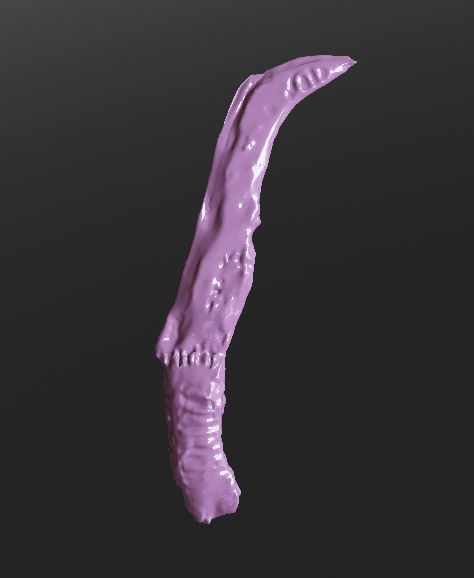 I haven't fleshed out a lot of details with the monsters to be fought. I can say the smallest one in planning is roughly two times the size of the player.

The creatures are a central part to the back story and definitely to game-play. More on that a little later, first to show you the rough model of the Tufrig. 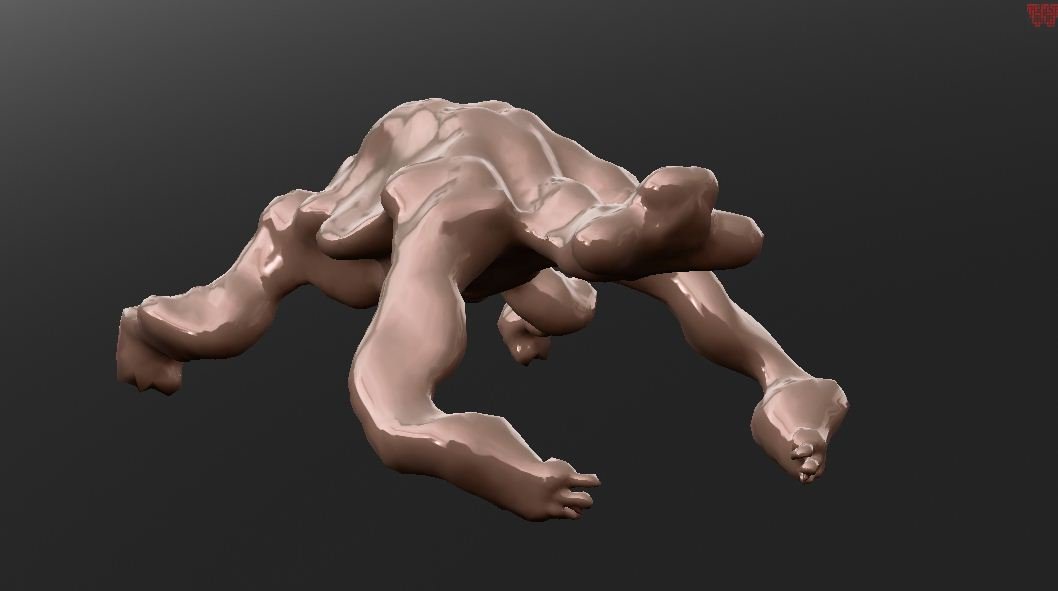 Ugly rough model of the Tufrig

If the player was standing near the Tufrig, his head would reach around the shoulder area. While it is a rough model, the Tufrig behaves and has similar skin to a frog.

Future models will be much more fleshed out and detailed, so no more of this rough model business!

In the next news update I'll talk about how to take down one of these creatures, and why its important to keep the upper hand against creatures like these.

Comments are appreciated. ;) Constructive please though.

What are you using to create the models? The Tufrig rough draft looks like it was made in Sculptris...

Hooray then! I love Sculptris. Good to see it being put to use.

No its sculptris, like Z-Brush but free and not quite as feature packed, still good though.

I tried Z-brush and had a difficult time with it. I really appreciate the simplicity of Sculptris, even if I'm not very good with it yet.

Hm, work in progress is a bit hard to judge. So I'll say good luck and so far it's not too bad.

I love the look of the rifle. I would not, however, love to use it. Looks like it'd rust away with one pull. Which in this case is apparently a good thing. The new version should be interesting.

The knife doesn't actually look that bad, if you can put some imagination into it and overlay a texture in your head.

The Tufrig is... Bubbly. Can't say much about it, with no frame of reference for my Imaginary Texture Overlay (Can I get a TM?).

The knife is used for 'desperate situations'? I get the feeling the game will be consisting of mostly those. :P

I don't know what you mean by TM.

I will, however, put some detail into the Tufrig and hopefully soon a good texture, and possibly make new models of the other monsters to be seen.

I never saw this game, but now that I saw, i'm absolutely tracking, wish you luck as I always say :)