Read all about it! New Promo art and easier menu navigation!

Please keep in mind that all of the images in Developer's Logs are for "Wanderlust: Adventures", a new title being worked on by Yeti Trunk, and are a Work In Progress; most of them are mockups or early prototypes.

Lauren has begun working on the "boxart" for Wanderlust: Adventures. Here are some thumbnail sketches of ideas she's working on for it: 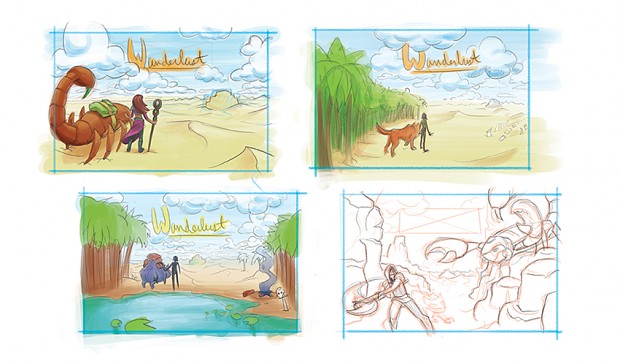 Lauren Feehery did a fantastic job on the character artwork and boxart in Wanderlust: Rebirth (which can been seen all over the official website), but she also recorded herself drawing and coloring a lot of the characters as she worked. Nearly two years ago, we uploaded a few videos of her working on a some of the enemies and bosses (sped up to watch the progress happen quickly) alongside some great musical accompaniment from the musical wizard Skyler Stone.

These are very special videos and give us a rare opportunity to enjoy an artist deep in her craft...


Matt recently worked on adding visual keyboard cues for players (to assist players in menu and game navigation). There were a number of players who either missed out on some features of the game, or were simply confused about how to do things properly. For instance:

Now, we've got your back! 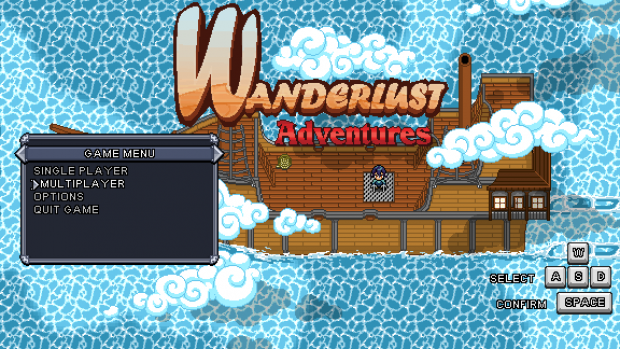 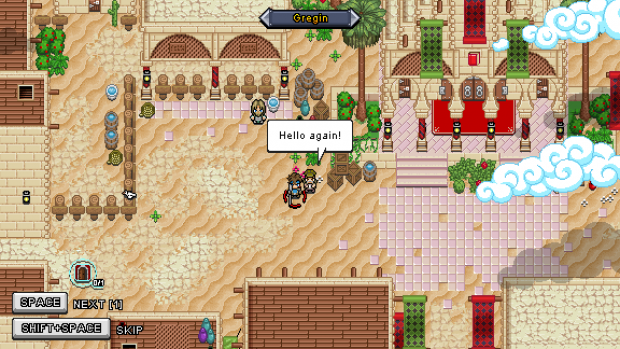 And finally, we'd also like to take an opportunity to introduce the newest member of the Wanderlust team, musician and composer Jake Almond. Jake is best known for his work with Bit Ate Bit - the makers of fantastic mobile titles "They Need To Be Fed" and "Mr. Karoshi". We highly recommend you play their games, too.
Jake is finishing up work on the introductory theme to the game as I type this. We're looking forward to sharing some clips of the soundtrack with you all in the future.

That's all for now! If you are interested in getting your feet wet in the Wanderlust universe, then Wanderlust: Rebirth is available for purchase on Steam, Desura, or on our website.