Finaly! After four months in development i can present you playable build of Void Raiders. Dont waste your time, evil minions of Void corporation are allready waiting to be anihilated!

Finaly! After four months in development i can present you playable build of Void Raiders. Dont waste your time, evil minions of Void corporation are allready waiting to be anihilated!

It was a busy week, and i spent it by reworking menu interface to be more intiuitive and minimalistic, reducing number of "clicks" you have to make till you got in to the game to half. Lone Invader Inn is now populated with additional characters as well, but unfortunately you wont be able to play as them for now, but at least you know what you can expect in following versions. 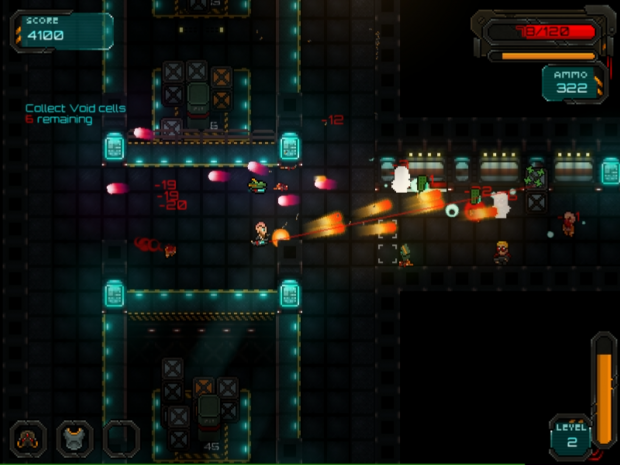 Yes, im planning to approach development as open as possible and there ll be frequent new releases of the game every time i ll add new content, be it new playable character or new mission.

This build contains one playable character. Boris is old drunkard/chainsmoker armed with heavy machine gun. He is first, and probably simplest and straightforward character to play in Void Raiders. You can spec him in various different ways to fit your play style. Do you like brawling while not worrying about taking some hits? Go down the brawler tree, get yourself exosuit and typhoon missile launcher for devastating AOE missile attack.

Do you favor damage output over anything? Commando branch is here just for you, with gun drone companion and twin linked rapid fire you ll be able to fill whole screen with bullets anytime.

Its first introductory dungeon of the game and its intended for lvl.1 - 2 characters to grab their first items and level up once or twice to gain their first talent points. Dungeon contains 2 randomly generated floors + additional boss level. 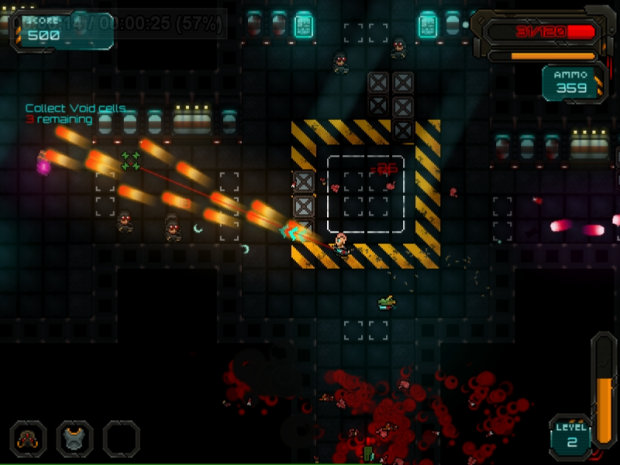 Game seems hard, but doable at first and you ll probably die few times before you ll get your first items, however character progression is persistent so dont worry, upon death you wont lose your experience or items, you just have to start mission over, but who know if this run rewards you with better items drops to make you a little stronger?

You can download the game by clicking the indieDB embed button below:

In addition game is aviable at game maker steam workshop HERE
And in one additional location, just in case: HERE

In case you are press, or have gaming blog/vlog/stream and you want to cover the game i prepared a little press kit over HERE

Please let me know if you like the game, but especialy if you feel disappointed or you think the game is crap, as its the only way we can make this game better!

I've given Void Raiders a couple of hours of my time already and I can honestly say I'm enjoying the heck out of it!

So far it has been everything I have expected and more, sure you die a few times but it just encourages you to head right back in and kick some ***!

Looking forward to seeing more from this game and ytourself sir ;).

PS: Awaken is blinding! HARD but amazing, love the BGM too (I enjoy my metal :P).

Hey! Glad you like the game and thank you for kind comment! Its great players who tried the game so far like it, however i did not expected its that hard so everyone who played game mention it:-)