Past week was ride! Lets talk about what happend after public alpha release and how it affected future developement of the game.

Past week was a ride! Literally! Before anything else i would like to send big THANKS to everybody who downloaded the game and found a time to play it for at least a little while! In the end, its you and your feedback what pushes me to continue with this project and have a fun in the process. Today we ll talk about numbers, your impressions, we ll showcase few videos fans of the game allready made and in the end i ll show you what you can expect in next public release.

I must say im impressed, especialy when i compare the download numbers with my previous game. Here on inde db more than 100 of you downloaded and tried the demo within first week. While it does not look that great at first, when i compare it with other "competing" top down shooters and their download numbers here at indieDB im really happy about that.

On day two after the release i was still demanding more feedback, and hopefuly critical feedback as i knew game is really not that great, and i cant judge it by just few comments. Thats why i uploaded game to Game Jolt and miracle happened. 1500 downloads till now, almost 80 subscribers and 33 comments. Wow, must say i did not expected that. Players at GameJolt provided much needed feedback and suggestions how to improve the gameplay further and i finaly got what i wanted.

I definetly did not expected ppl ll start making Lets plays that soon or at all! It all started on tuesday as gamescroller decided to cover the game at his tuesday indie game showcase. It was great to watch someone else playing the game, unfortunately i did not catch the livestream my self becouse im usually in bed at time of the show and while there were some funny inaccuracies like mentioning me having 21 yrs of coding experience(actually its right, he just forgot to mention i had 18yrs long break in between). It was new experience for me, and while it boosted my morale, more important was i actualy saw how game interacts with someone else and saw ho much room for improvements there is. 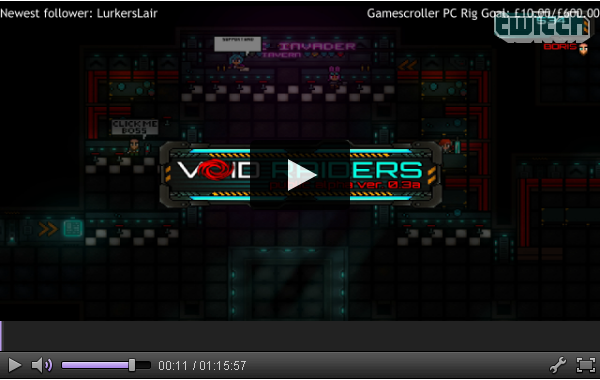 Immidiately after game was showcased as indie game of the day on the GameJolt site more videos started appearing on youtube. I would like to stay THANK YOU again, to all of the youtubers who made the videos as again, i learned a lot about game design mistakes i made thanks to oportunity of watching you playing the game. I would like to highlight all of them, but unfortunatley as there is a bug with game maker games and fraps recording(slowing my game to half speed)with default setting only half of the is captured properly.

First video is from Azrokaiyax and i think he did a good damn job as he showcased all Boris abilities:

Second is VERY emotive playthrough, or at least attempts by Alti Core. Go and give that guy thumbs up, i relly enjoyed watching the game in his hands!

Third and last youtube video we ll showcase here is from Step ThaGamer. While his video is one of theese where recording speed bug occured whitch is a damn shame as it can be fixed by just one click within fraps. You must see at least begining as watching Steps dance peformace was a ridiculous(in a good way) experience. Give that man a thumbs up if you can as he certainly deserves it.

There was many more videos, even in foreign languages i dont understand and i would like to say thank you once more to all of the youtubers who enjoyed playing Void Raiders!

While there was not much time left between replying to all the comments and watching lets plays i managed to start works on new playable character. As it was tempted to make Tina with her flamethrower next i decided to go for Gudrun as she is melee and offers complete different playstyle than Boris. Right now i can offer you just one gif showing how she slashes the sword and dash towards enemies we ll showcase more of her abilities along with talent tree next week.

Roadmap for next two weeks

As i allready mentioned, judging from gameplay vides and comments there is a lot of thing that needs to be fixed. Be it overall readability of the game, difficulty tweaks and various other suggestions. Till next monday i want to have Gudrun fully implemented so expect detailed showcase next monday along with preview of new music tracks Bocuma made for the game! Week after that ll be about bug fixing and implementing players suggestions finished by alpha 0.35 release!

Hope you enjoyed the read and videos and hopefuly we ll see each other next monday in even greater numbers!

Congratulations and excited for the game's progress! Great, great work!

Thanks! The last days before "demo" release were exhausting, but now im back and working even harder before;-) That combined with my next week vacationll hopefuly allow me to push the game to "next level".

There was a public alpha! I missed it!

How is that possible?!;-)Hope you are playing allready:-)

Huge thanks for the shout there my friend, looking forward to the next update and showcasing it some more :).

Thanks for your interest & coverage! I ll make sure to keep you informed about future updates!;-)