A new game mode - V.I.P. mode - is pictured and explained.

As I've mentioned before, while I enjoy making lots of content additions to this mod, the primary objective of this mod is to flesh out a more varied experience for those who enjoy the original game. To that end, there are several new modes added to this mod, the latest of which is the titular "V.I.P. Mode."

V.I.P. mode is another mode that works as a "standard" mode, in that it uses the same basic teams that most other modes use (conquest, control, etc.). What's different about this mode is that it isn't "balanced" like the other two - each team doesn't have the same objective. There is an attacking team with one goal and a defending team with a different goal. The defending team is given a non-controllable hero ally unit (similar to the bonus in control mode) and they are tasked with defending this hero. The attacking team's goal is to kill the hero a set number of times.

It's not an incredibly complicated mode, and in many regards it is really just a team deathmatch with a few flourishes. A match proceeds like this: At the beginning of the match, one team is randomly selected to be the "V.I.P. defense" team. That team has an AI hero as an ally who will randomly spawn at any of the friendly CPs. To help players move towards and defend their V.I.P., a marker is placed on the CP the V.I.P. spawns at - get there quick so that you don't lose track of your V.I.P.! 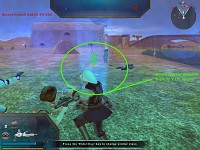 The opposing team - the team whose goal is hunting down the V.I.P. - is slightly smaller than the defending team (and of course does not have the advantage of an AI hero). Their task is made a little easier, though, because they're given a marker directly on the V.I.P. - they can follow the V.I.P. easily anywhere around the battlefield. 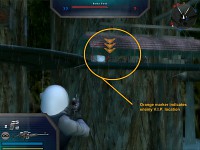 Like control mode, this is designed to be a quick and dirty skirmish-type battle. By default, the V.I.P. defending team will have to take out 80 reinforcements, while the attacking team will need to kill the V.I.P. five times (this can be adjusted). 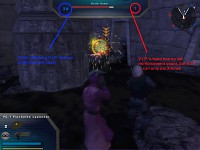 As with all the modes, this is fully integrated under the umbrella of the random units/heroes in any map, so in addition to the V.I.P. team being random, the V.I.P.s themselves will be random as well.