Over the past few days, I've spent a lot of time going over Airships and improving it in terms of AI, speed, and bugs.

Over the past few days, I've spent a lot of time going over Airships and improving it in terms of AI, speed, and bugs. The major highlight is that the strategic game should be more balanced now: AI empires make much better decisions in terms of what to build and who to invade. Also, I've eliminated inefficient code for crew shouts and firing angle calculations that were taking up a solid two thirds of CPU time - remember to profile, kids!

On top of that, there's lots of other improvements:

All in all, I heavily suggest you upgrade to 5.2, which you can do by downloading the newest version from the store or forums. 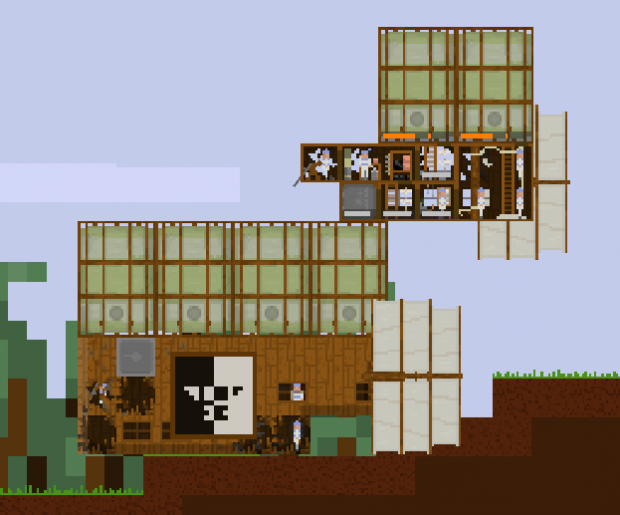 Next up, I'll be writing up the second part of the game's modding guide, where I'll show how to make a simple mod that adds a new module. I'm also continuing work on the graphics improvements for version 6, which will see the introduction of dynamic lighting.

That's all for now. I leave you with the following recruitment poster: 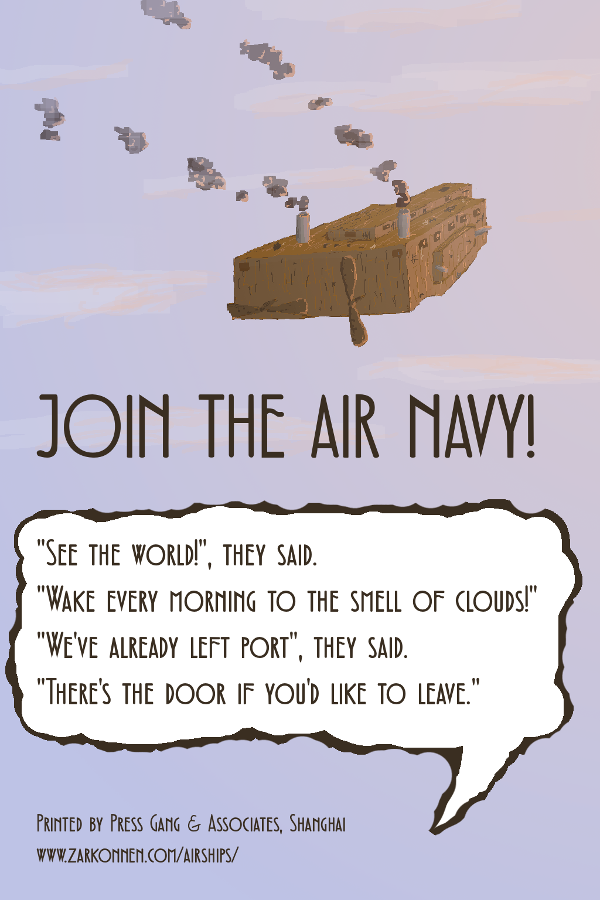