A new Build of the HaZardModding Co-op Mod 5.0 for Star Trek: Elite Force II is available, read here what changed since the last news post.

First of all a new version is available. This new version is under 10MB and provides you with all you need to host a server or to join a server and use all available Co-op Mod features.
There is and will be no Co-op Mod Mini. Since we have found a way to avoid Teleporter fragging without using Multiplayer spawn locations which was the only reason why the level-files had to be edited and provided with the mod in the first place.
An Client Only version is available, upgrading all your menus and providing all features while being on a Co-Op server. The Client only version will absolutely NOT interfere with your Singleplayer game.
The two announced levels Co-op H'atoria Outpost and Co-op Paradise Island 2 have been published. But these two are not the only new custom levels, one level that uses a special feature called NOSCRIPT was also published, Coop Ice Station is based upon the Holodeck Program that can be played on H'atoria Outpost. In addition to these 3 new custom levels, another (work in progress) level Co-op Alien was released, as we wanted to have a feedback of how the players like the atmosphere from the level.
A new already mentioned feature was implemented into the Co-Op Mod, the name of this new feature is: NOSCRIPT. It allows mappers to create advanced Co-Op Mod custom levels without the need of scripting. Virtually everything can be done within the EF2 level Editor. To demonstrate how NOSCRIPT works a Co-Op Mod Development Kit has been released, with numerous examples how to use this feature. The Development Kit also shows how to create inter-actives by using triggers and script-objects.


An advanced Batch-File guiding you trough every step to host a dedicated server is provided, so you can start your own customized dedicated server.
The Mod got an own Website, that provides you with the latest version of all related downloads and news Ef2-coop-mod.chrissstrahl.de
Six new levels from the Singleplayer Campaign are available for Co-Op


Ai for Multiplayer has been Improved, several NPCs are now able to handle multiple players
Borg NPCs assimilate players faster during Multiplayer
Players move slower when firing their weapon, making them more vulnerable to their enemies
Players can now use the 3rd Person view as it is fully supported on a Co-op server
Video Settings Menu got updated and allows you now to set any custom resolutions. For example you can theoretically use the resolution 1920 x 1080 which would be Full HD. This update also enables you to set a custom Field of View to compensate for the originally 4:3 screen format scaling, which does not apply any more to the most displays these days. 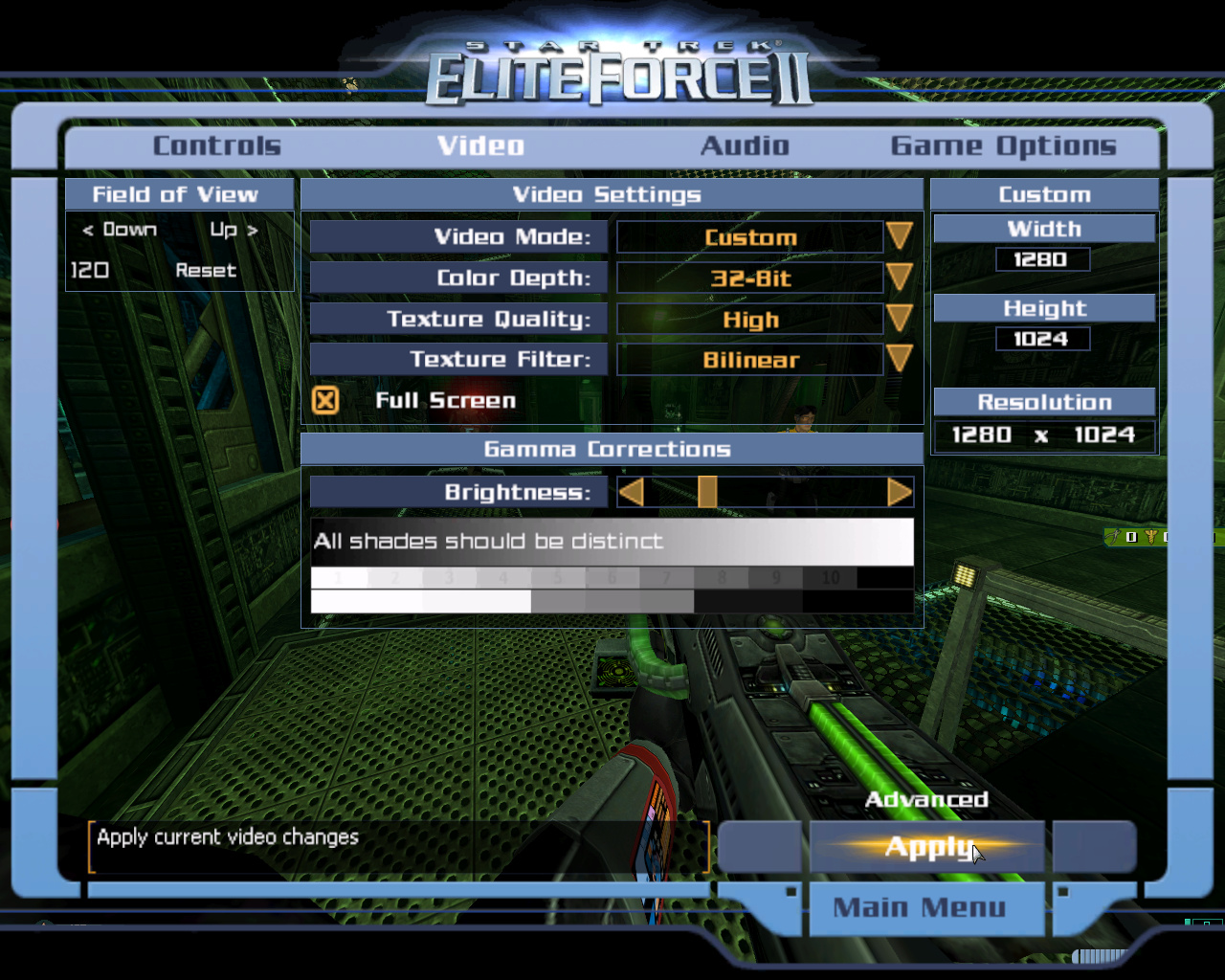 What can you expect to see in the future ?

A Gate two Birds and the beautiful Sky (in short GBS) Singleplayer Adventure by the Colonists will be made available for Co-op. Since all source-files are available to us, you can expect certain changed to the levels and the Mod it self to provide you a excellent Co-op experience.
3 new Custom maps such as Co-op Alien, Co-op Bugs, at at least one more not yet to be reviled custom map are in Development and are scheduled to be released in 2011.
Implementation of MOM in new custom and GBS levels, to provide you with advanced point and click interactive features.
An update to the Menu so you can configure your 3rd Person camera settings.
More improvements to the Multiplayer AI.
Plenty of updates on the Official Co-Op Mod website, especially in the Development section.