A new TFC! Black Cat Games were hired by Valve two years ago and have been quietly developing AS for Monday's free release, which includes source code.

Alien Swarm is a game and Source SDK release from a group of talented designers at Valve who were hired from the Mod community.

Available free of charge, the game thrusts players into an epic bug hunt featuring a unique blend of co-op play and squad-level tactics. With your friends, form a squad of four distinct IAF Marine classes. Plan your attack using an unlockable arsenal of weapons with countless loadout configurations against a wide variety of aliens. Blaze your way through an overrun, off-world colony, eradicating the alien infestation in environments ranging from the icy planet's surface, to a subterranean lava-flooded mining facility.

There will NOT be Mac support, or source code, on release. 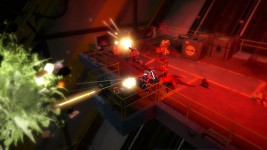 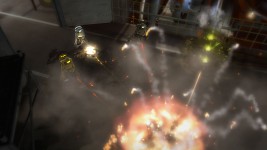 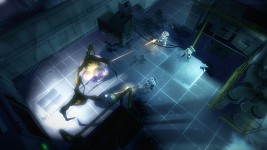 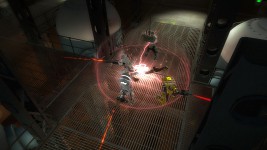 HOLY CRAP! I was not expecting this at all! :O

It just appeared, and people love this game!

It's the new engine too isn't it?

Try reverse modding it into half life 2 =)

o.O
I'd guess you won't get the 2004-version of HL2, you will either get the today's version, or even a more evolved one.

Or use an old version

This is great news :D!

Spread the word... digg us up: Digg.com

SUDDENLY OUT OF NO WHERE A NEW GAME REVEALS!!!

A Wild Game Appears!
Its free! Its super effective!

Loved the UT2K4 mod, can't wait for this.

They'd be making some noise if that was the case, so I expect it will in fact only be available if you own the SDK already.

Well, source mods are already free for everyone, just grab HL2: DM at one of those steam offers by NVIDIA or ATI.

They are just gonna give it for lazy people.

Nope, those deals don't give you the SDK.

Maybe, we're getting some kind of "limited" SDK like L4D2 SDK.
So you could only play mods for L4D2 and make maps only for L4D2.
Same here. Limited AS SDK. You could only mod and map for AS.

That now seems to be the case. The AS SDK will be separate from the Source SDK.

The mapping part might be separate but I don't think the code is, it's already been said it brings the >Source SDK< up to the latest Source version.

The way SteveUK put it- that's is how it is. The mapping is separate because of the nature of the game, but you still get good ol' Source SDK though.

The official announcement is that you get an Alien Swarm SDK, not source SDK and even if you did get source SDK it would not let you use mods because you don't need source SDK to run mods you need "Source SDK Base"

Holy crap! I played the UT2K4 version of this! Awesome! Awesomely awesome!

I wonder if mods will be able to move onto the updated engine (ie unlike the L4D2 engine updates). And the game itself is fully moddable? Epic.

I forgot how awesome valve was and for my sins they reminded me.

Can't wait to give this a go!

HOLD IT did i read "free of charge?" DO MY EYES DECIEVE ME?!?

Oh my god this is awesome!

Shadowground is also good game and this one looks bit similar. Unfortunately Shadowgrounds never provied multiplayer support, so thats why I'm so excited.

Are they releasing it for Mac? I don't see anything mentioning it yet.

yes its listed as a mac release. so portal 2 wont be there first simultaneous release.

This is incorrect: there is no mention of Mac support on either Store.steampowered.com or Alienswarm.com

A chatlog was posted on several places allegedly showing a comment from a Valve employee that the title will not be a simu-release; that honour is still reserved for Portal 2 - but that "maybe" a Mac version will be forthcoming.

I was willing to assume that would be on Mac, but that chatlog tips the balance. Profile updated.

There's still a good chance the "PC Mod to Mac" Compiler will be released.

But not the same second, minute, day etc.

Alfred Reynolds has already said there's going to be Mac tools, but they aren't ready yet. However, this release only brings the Source SDK up to S2009 - no Mac stuff yet.

well the information i based this off was off the moddb profile and the fact that future valve games are for both Mac and windows. But now that i look into this further, i can see that there is little evidence to support this.

yeah, it doesn't work on mac. Trust me, I tried.

Me and my friends are very excited about this, we can't wait to play it Monday. I hope they allow us to preload because some of my friends have poor connections.