News post regarding release of v0.1b. It includes several pictures of v0.1b in action, aswell as our new unfinished tagset. v0.1b upload is currently in progress.

Wow, this place hasn't had any news in a while, but, as I said, even if progress isn't shown, it is made! Here we have today, the progress we have made so far.

v0.1b release well, what is it exactly?

0.1b(release) is the first beta release of the Flood Campaign, it includes the level Stop the Key from Turning fully populated with several of our tags, along with some community tags. 0.1b has been in the making for a long time, and I decided to pick it back up about 2-3 weeks ago, and with dedicated help from our Internal Alpha testing team, and Koo294, this mod would not be standing here before you today.

So, I proudly present to you the first beta of the Flood Campaign, it may have some residual bugs from our intensive testing period, however, the beta has been designed that almost all bugs we found have been eliminated. If you find any more bugs, please refrain from whining about them, and post them in our topic or on our ModDB page instead. This is a beta after-all, and whining about bugs doesn't really help the team.

So, I'm going to show you some pics of what the level is like while we wait for ModDB to upload the file, or if you're late to the party, when you're downloading the file.

First is out Armored Combat Elite Form in action, and yes, they do come in other coloured variations. 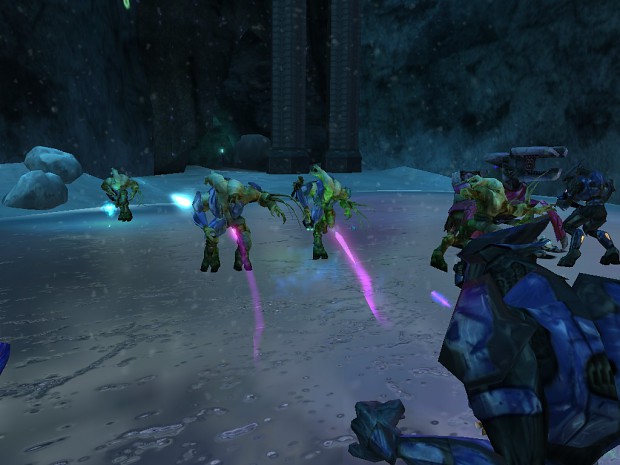 Secondly, our Human Armored Variation, instead of different colours, the Armored variant has permutations which randomize between 3 different kinds of armored human form. 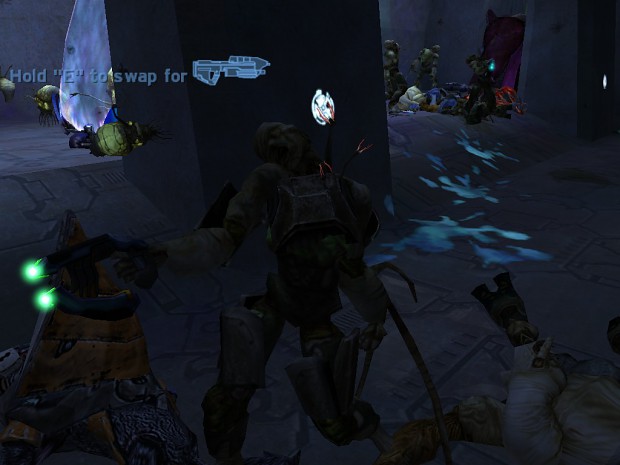 Thirdly, we have our Flood Ghosts in action, they may die semi-easily, but even when they're out, do they have a surprise for the Covenant, the biomass that was driving the vehicle, detaches, and crashes down, exploding like a carrier and spewing several infection forms everywhere. 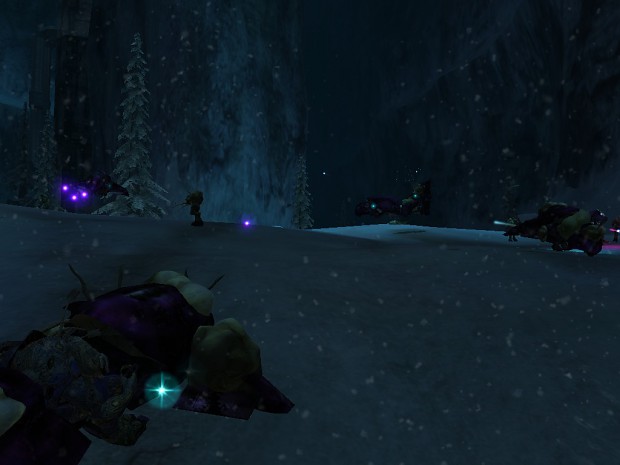 On the topic of Flood Vehicles...

And finally, we have an epic screenshot to finish up with. (Warning: This screenshot contains some visually-altering 3rd part software which allows the game to look better, you will not experience these visuals in-game unless you get the 3rd party software installed.)

Well folks, stay tuned while we upload the map to several different mirrors. We hope to have a Mediafire/Megaupload and ModDB mirror up by tonight.

Good luck, and have fun playing!

hi :) great work, could you name the 3rd party software?

And this man is correct.