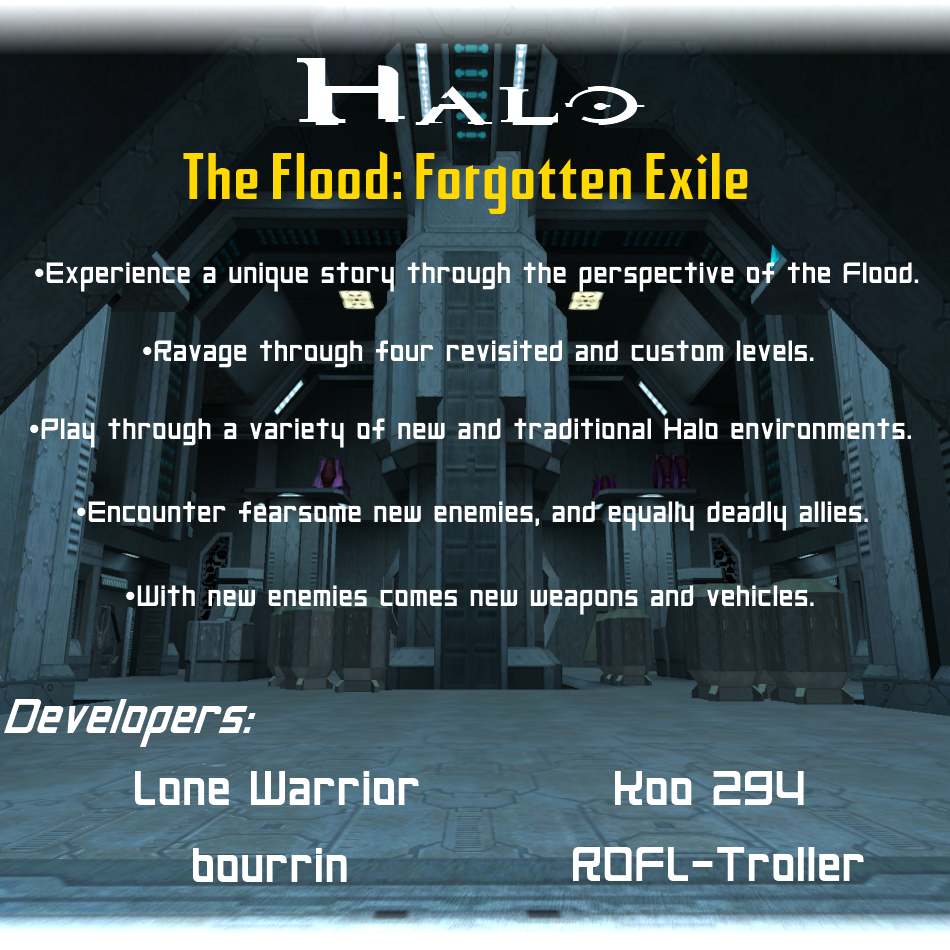 
Q1: What is The Flood: Forgotten Exile?
A1: Simply put, TF:FE is a Custom Campaign in development for Halo: Custom Edition.
Q2: What makes this mod different from other Custom Campaigns?
A2: You play as a Flood Combat Form.
Q3: Wait, what?
A3: Yes, you play as a Flood. Is your body ready?
Q4: How many levels will there be?
A4: Originally we planned five levels total, but now we have decided on four levels. In order of story they are: Released-The Key-Stop the Key from Turning-Reclaimer.
Q5: Will there be custom levels?
A5: Three out of four of our levels will be custom. They are: Released, The Key and Reclaimer.

Check out a full and comprehensive FAQ here:

Good day Ladies and Gentlemen, welcome back to another scheduled (albeit a bit late) update. For today’s update we’re showing off some of the first Gameplay of Released in a short video.

This video has some narration by Koo and I, where we explain some important aspects of the level. I’ll keep this short, and simply say I hope you enjoy watching (Will upload to Moddb as soon as News Post is authorised):

And here’s a few pictures I took from the area: 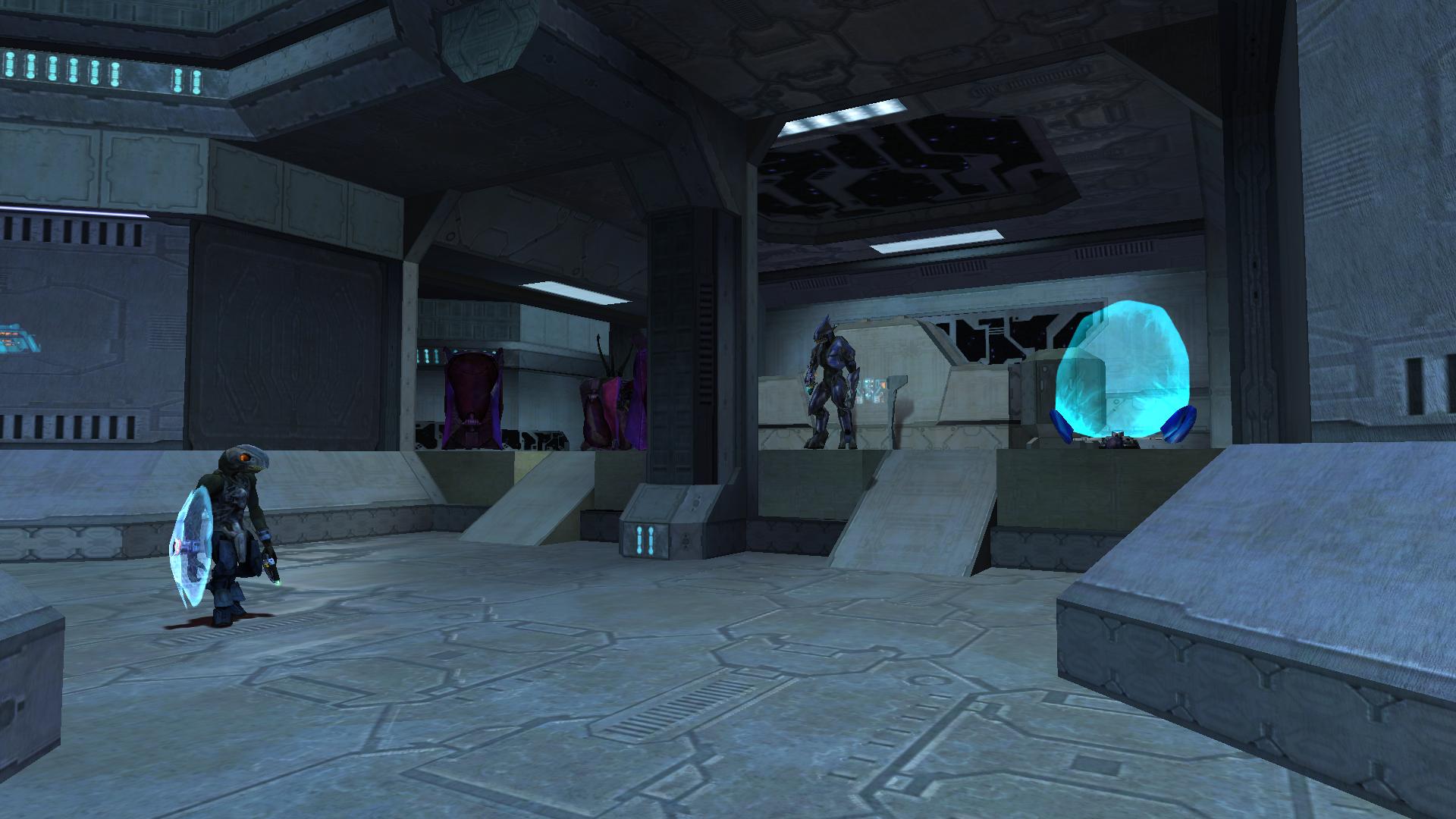 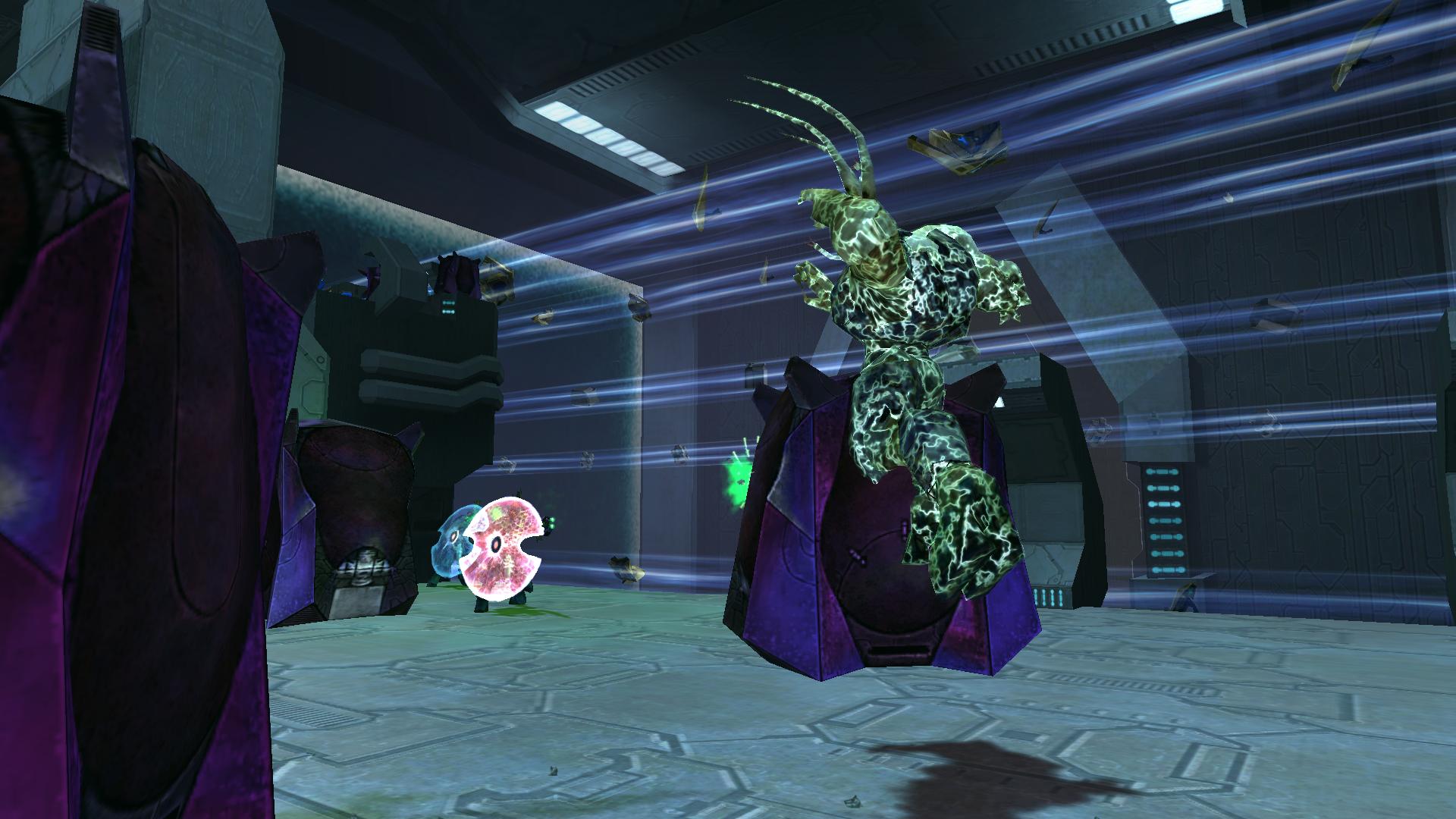 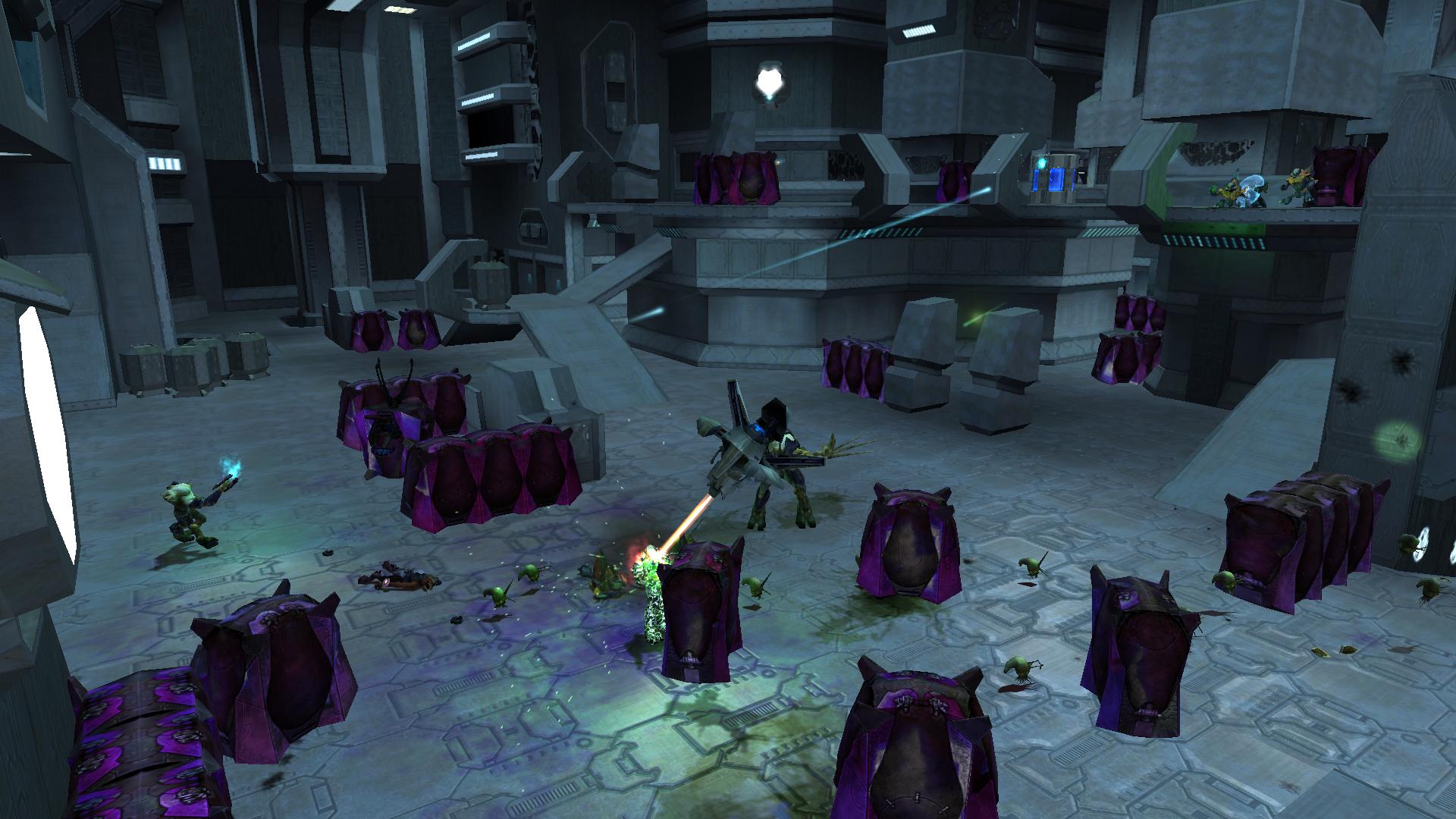 This 30th we’ll be taking a look at the next few areas for Released, and possibly some re-worked Assets. Until then, good luck folks.

Oh, and the Poll for the forums came back with a whopping 10 results (lol). Even though the majority who did answer welcomed the opening of the Forums, I think given the small number of people who filled out the poll, shows that it wouldn’t be a worth-while endeavour. We’ll take this as indication that what we’re doing right now is adequate enough for the Community, and will continue doing so.

From the Himalayan Mountains...

In all seriousness, in this News Post we show off some new pictures of Released, and reveal some more information about the level, and the future.

After quite a long wait, our first map is fully complete, and finally up for download!

Stop the Key From Turning v1.0

Rampage through the snowy canyons of Alpha Halo, and experience the horrors of a Flood Infestation first-hand. Encounter new Covenant and Sentinel Enemies...

This mod is abandoned, someone should convince the SPV3 team or the Virulence team to absorb this mod since it doesn't violate canon.

Too bad this died. Or if it isn't dead, they aren't posting any progress updates. I think they did a great job

Hello, I'm having an issue with the custom HUD overlay. It seems to be locked into a 4:3 format even though my resolution is set to 1920x1080P. This results in the HUD only covering a square-shaped area near the middle of my display, leaving a bar uncovered to both the left and right. Is anybody else experiencing this issue? Does anybody have any idea how to resolve it? I've reinstalled the map and done a fresh install of all Halo CE files and other mods, to no avail. Any help is greatly appreciated.

if your using spv3 simply F7 when in the game map, click on next and it should say HUD, deselect Scale HUD and it should fix it to 16:9.

why bungie didint make in all halo this: the possibilit of infect lives and dead people like halo 3 ?

There should be infected jackals and grunts, like in halo wars

Will this ever continue..?

Please PLEASE finish this. This mod is one of my favorite mods so far-- quite possibly my all time favorite. I have a passion for the Flood-- always wanted to play as them in every game-- and the possibility of a CAMPAIGN for the Flood is an exciting opportunity. If it is possible, please bring this mod back. If that is not possible, please release the files or give the responsibility of development to another person or a group of people. The rest of the community I'm sure would be more than happy to continue this mod.

Thank you for what so far has been an outstanding experience!