A preview of Urban War's attachments for it's various weapons.

Posted by ArchDukeInstinct on Jan 22nd, 2011

Here is the SCAR H with several different combinations of attachments. 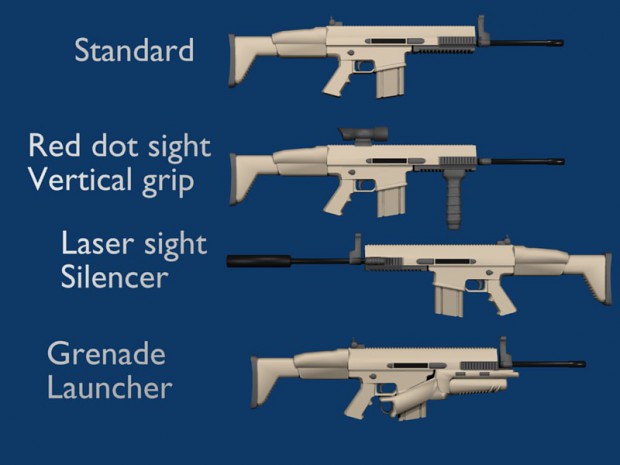 List of attachments that are possibilities for the game, that attachment's category, and the weapon types it will be available for.

Weapon attachments will be selectable from the class selection menu in a multi-player game. They will all have their advantages and draw backs.