In this article, the updated galaxy utilizing Density wave theory and the Diplomacy screen is showcased.

Immersion is undeniably one of the most important aspects of a game. And what is a space exploration game without a realistically rendered galaxy?

In this update I applied the Density Wave theory (this theory explains the spiral arm structure of spiral galaxies) on a particle system to make the galaxy look more realistic (and I think it was worth the effort).

For anyone that is interested, the following article (not mine) gives a very good introduction on the Lin–Shu Density wave theory: Beltoforion.de and also includes a C++ and Typescript implementation of the algorithm available for download via GitHub. 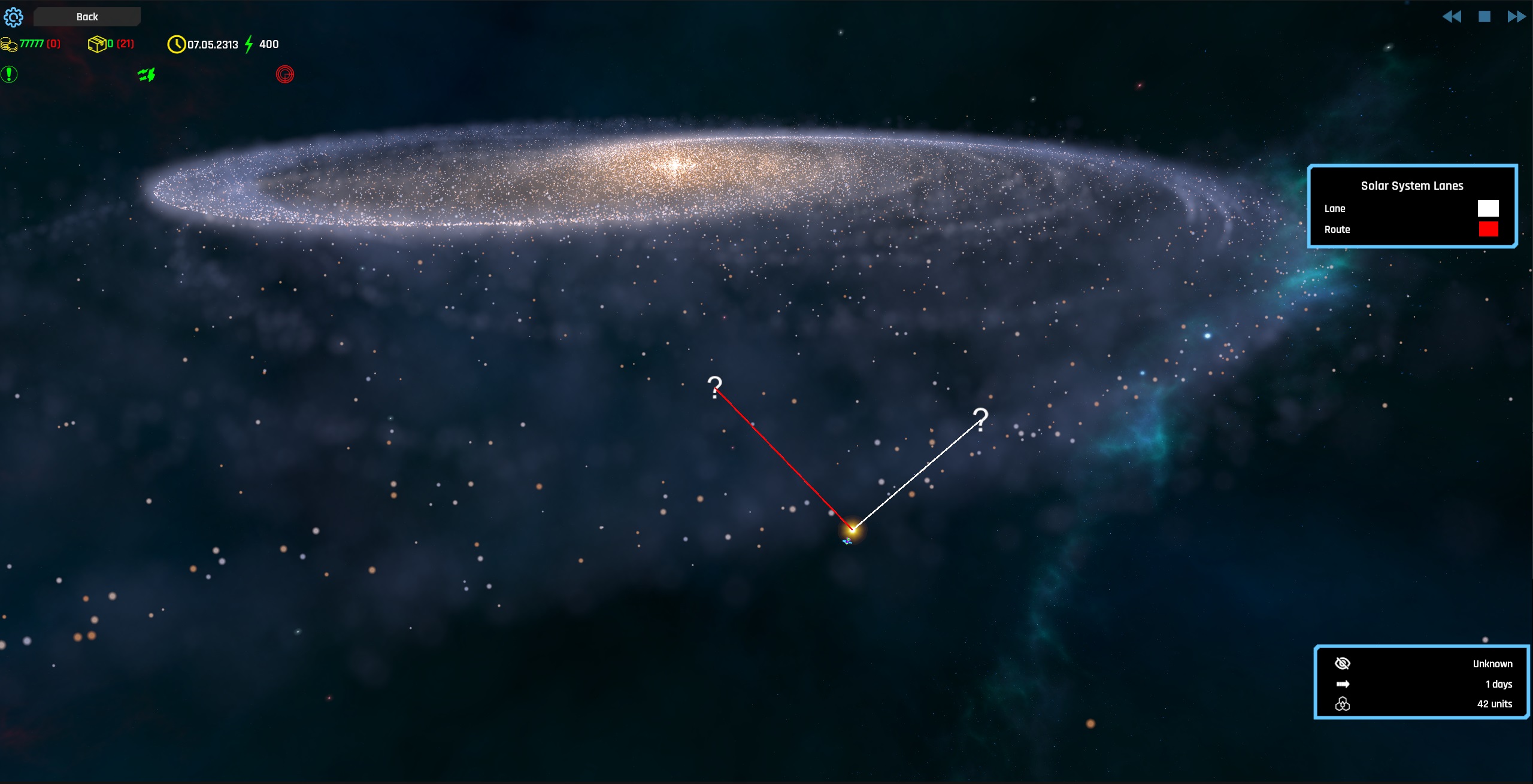 A spiral galaxy with 2-arms ready to be explored. 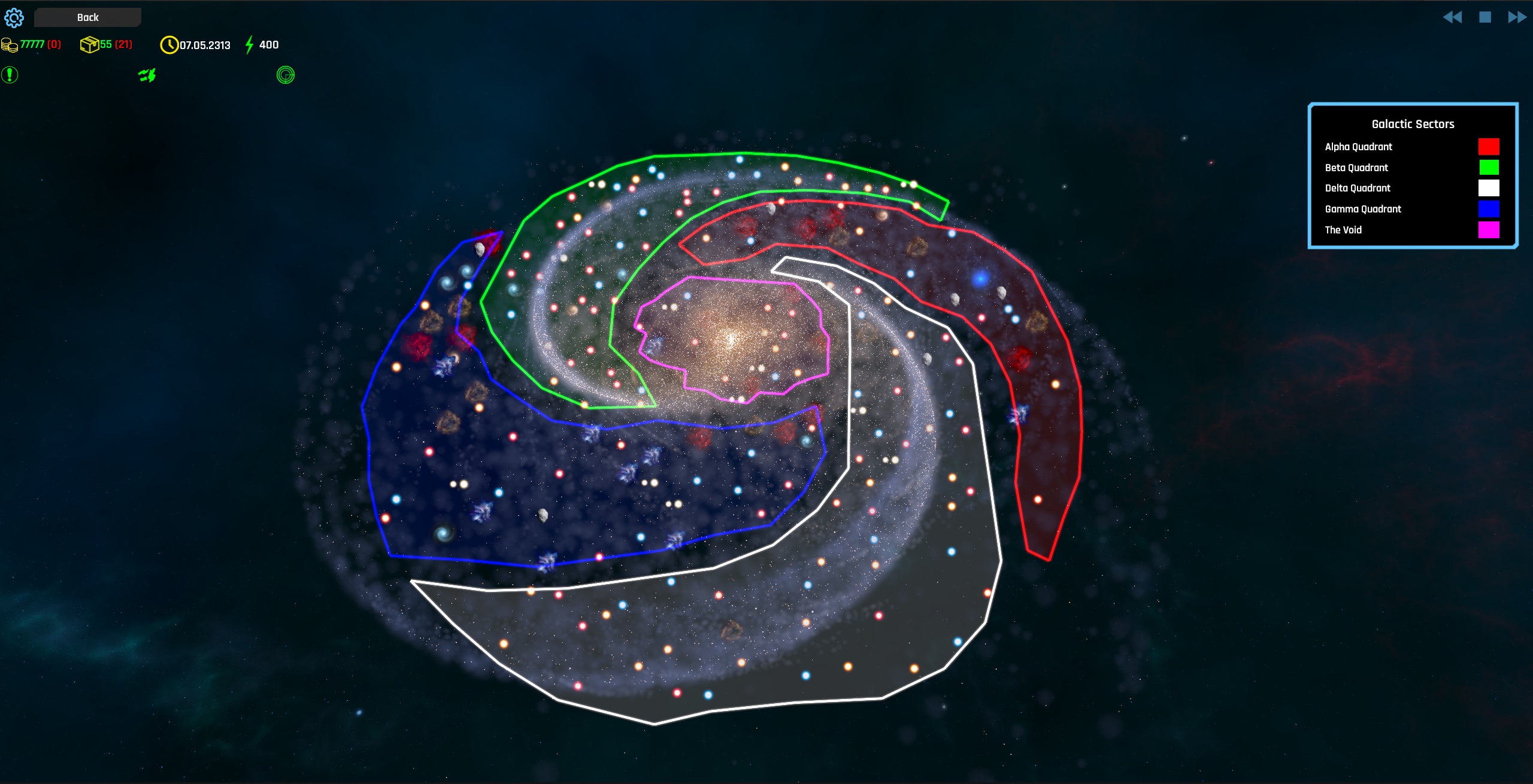 Currently in Stellar Insurgency there are five galactic sectors, each one with its own predominant type of solar system. For example it is more probable to find a nebula in the areas between the spirals, while the density of stars is higher closer to the spiral arms. 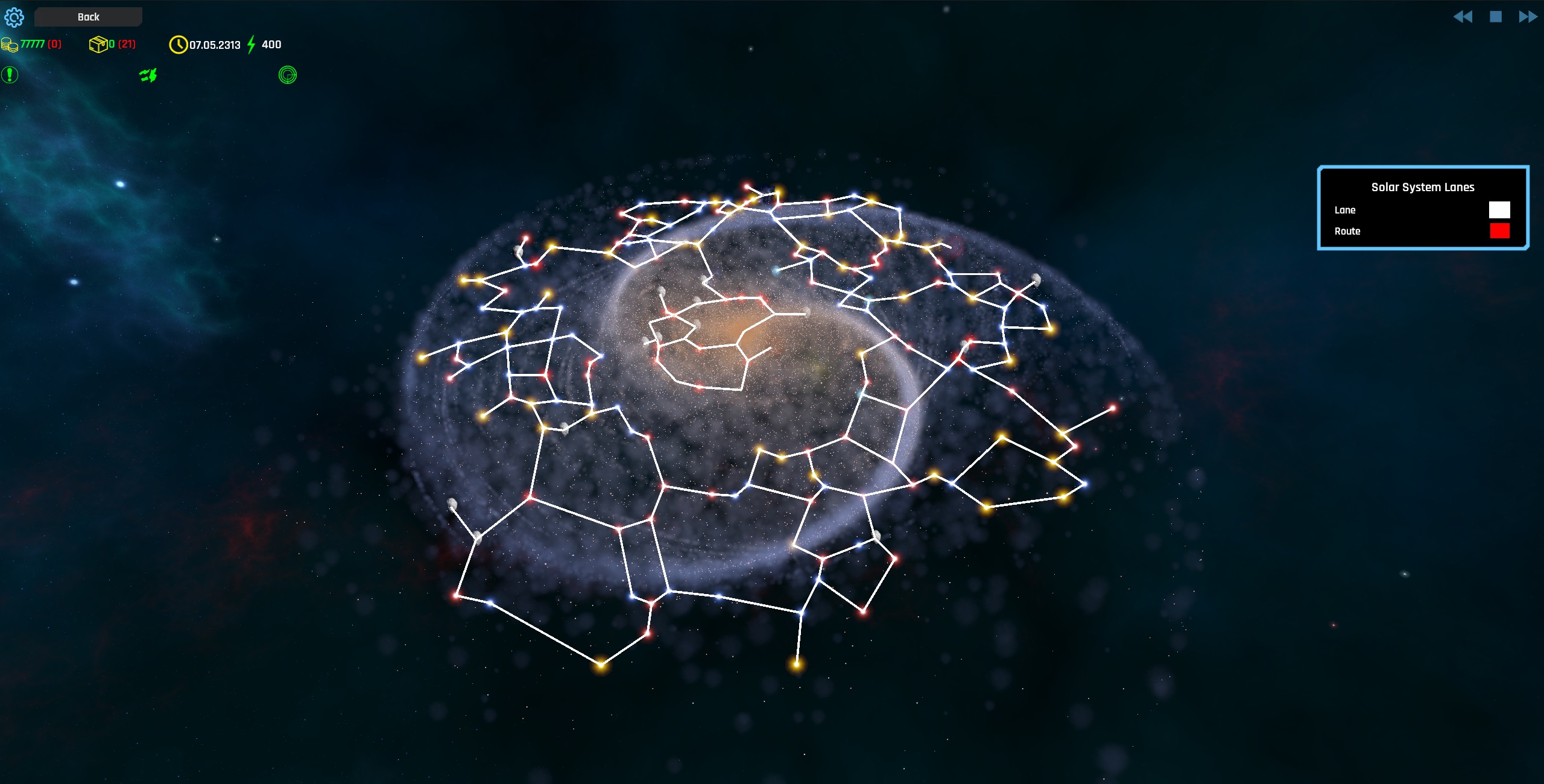 The galaxy with its star lanes.

One of the ways the player can interact with other Factions is through the Diplomacy Screen. There the player can request contracts, revoke active contracts or obtain information about current relations between discovered factions. In order to request a contract, part of the player’s fleet has to be in orbit around a planet that belongs to the target faction and in addition the colony has to be advanced enough so that it supports a diplomacy corp. Once the contract has been accepted it will remain active until its expiration date or until the player cancels it. Note that all active player contracts and their info are available from the diplomacy screen and the player can cancel them at any time. 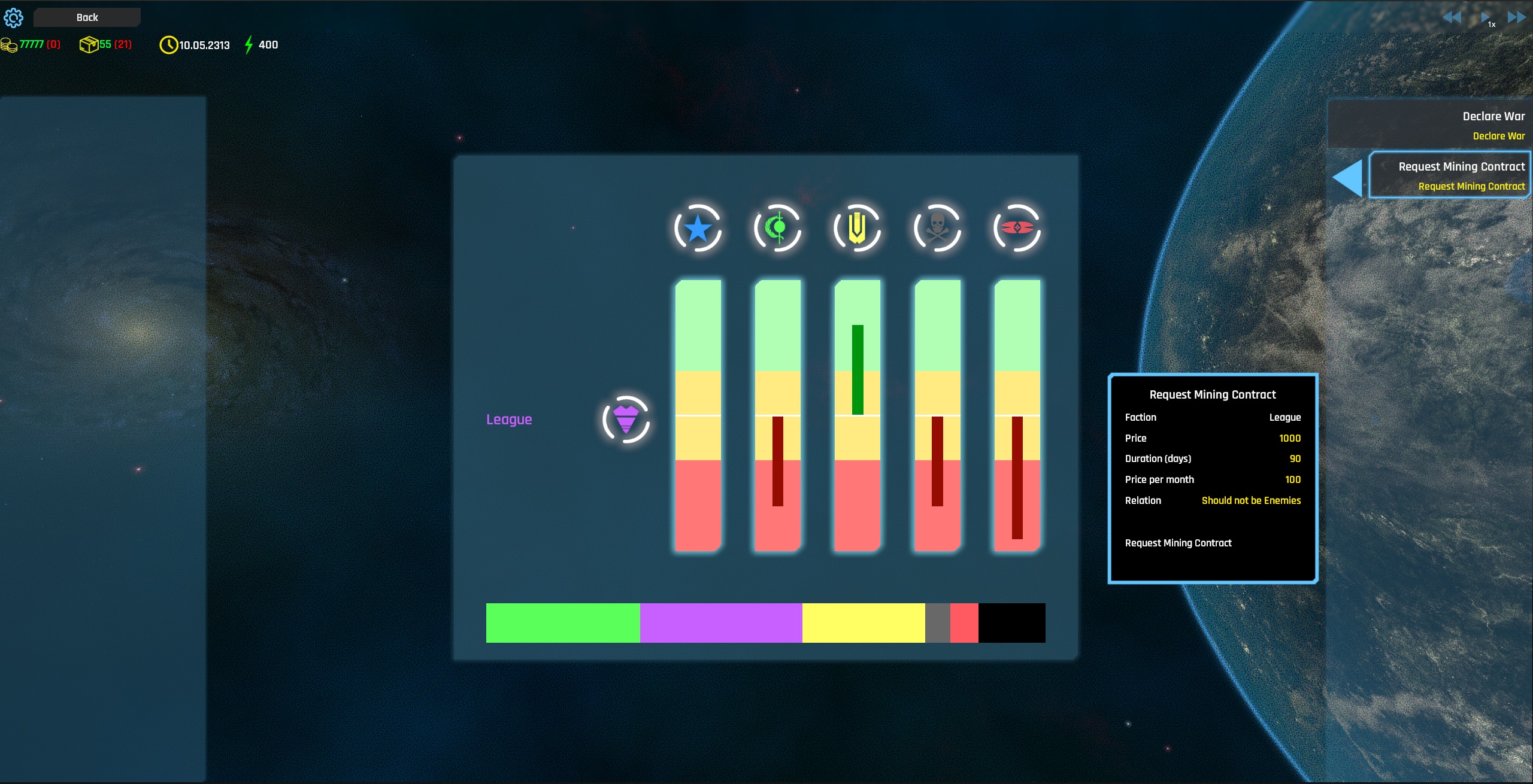 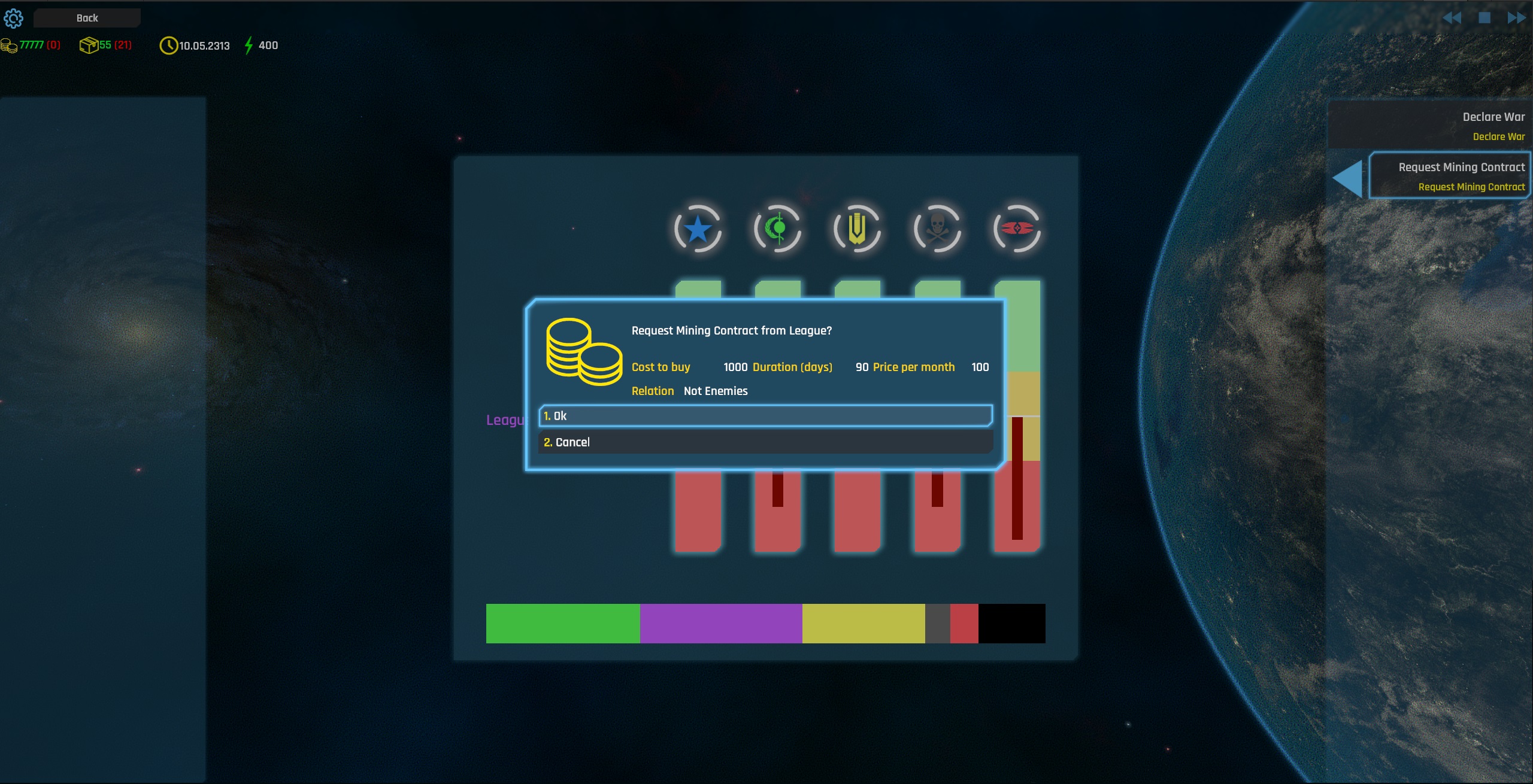 We request a mining contract with limited duration (3 months) from the League. 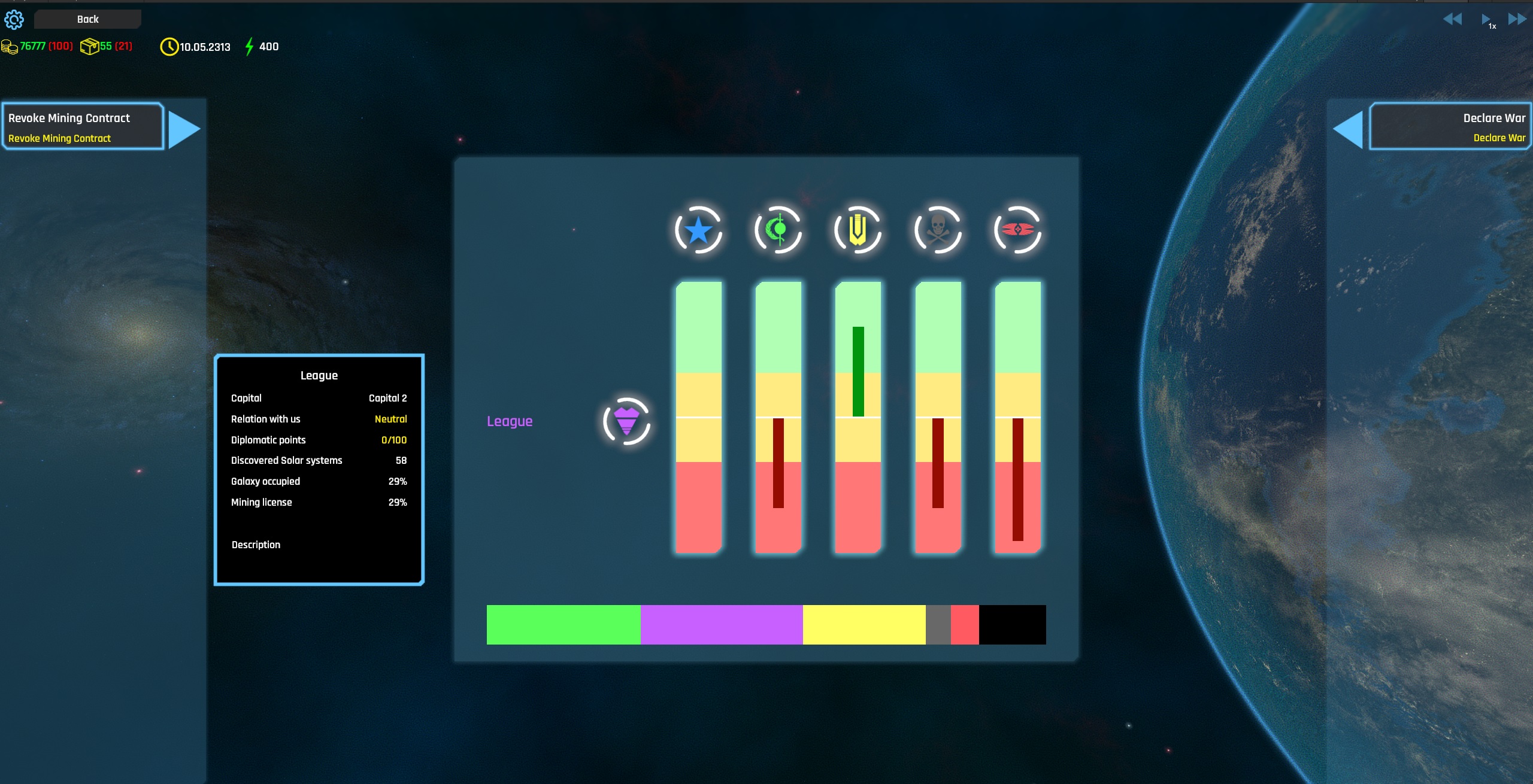