A game quality of life update that happened last week. Itch.io release for the game and much more.

1.1 – Canopy Owl was finally released last weekend with our beautiful new battleboards. This weeks patch is focusing on QoL improvements, bug fixes and some card balancing. We have also been working a lot on the server side of things, for better stability and translation support, but there’s not much to show for that just yet.

This patch has some new adventures and cards as well as a few nice additions to the game.
Also, to ALL new players who tried “the basics” & “positioning” tutorials, you will no longer lose or be stuck.

Many players have told us they want to download DragonEvo to play as a standalone game on their computer. Now you can! We’ve released the game to download through itch.io and launch it right from your desktop. 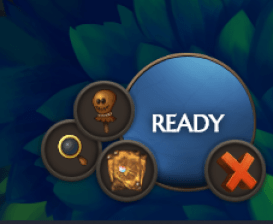 The inspect button is hidden when not usable.

We have also made adjustments to several UI elements in the Main Menu screens to make them stand more out. We are working on adding a few more features to the upcoming DragonEvo 1.2 – Floating Carrot release, and once those are in place we will have a minor UI navigation overhaul to make all buttons and navigation elements consistent.

Part of the UI upgrade is also about visibility. For this weekend we have worked on improvements to the in-game log, which we hope will be a welcome update that lets you see more of what is happening. 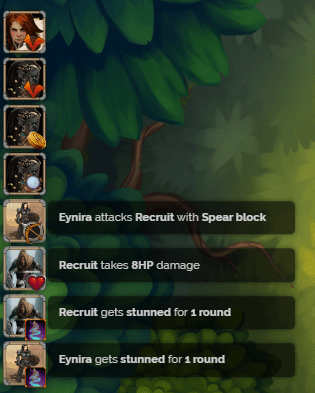 This weeks balancing changes are the following

1.1 Introduced two World Cards. If you want to try your luck against these, try the new adventure:

Another card/action has arrived for the Highwinds. Previously the “Firework” card had the “adaptorite tinkering” action. Now another version of the card is released, showcasing the “Explosion” action which lets you … go out with a bang. 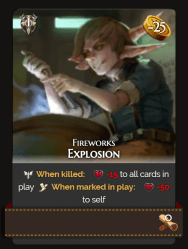 A fun way to get rid of your opponent… and yourself

The May patch will introduce the first faction locked adventures. 1 Adventure for Rutai & Hologev and another one for the Highwinds. This means you must have a hero in that faction to be able to play it. This is the first step towards improving our Faction adventure experience. As the game progresses you will find more and more features specialized for your chosen faction.

We will also add some more features from 1.2 – Floating carrot into the game.