Take a look at new concepts and a load of weapons behind BlackSector: Subject H.O.R.I.Z.O.N.

Hi guys, here is a short march update with some really nice media shots for you. But at first I have to say some words about the progress of BlackSector: Development is pretty hard at the moment, because of some important things i have to do in real life. I am working an my exams and so there is not much time for me to work on the mod. I am quite busy right now, but i guess times are getting better.

To keep you up to date and not bored, i will show you some nice pictures from another great concept artist: artbytheo. I discovered some of his awesome paintings for another HL²-Mod years ago and asked him to get some concepts for BlackSector. Finally, here they are: 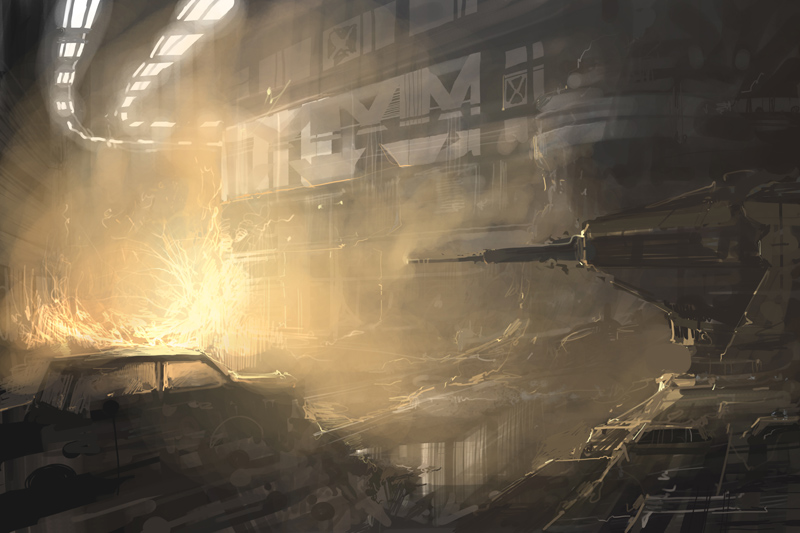 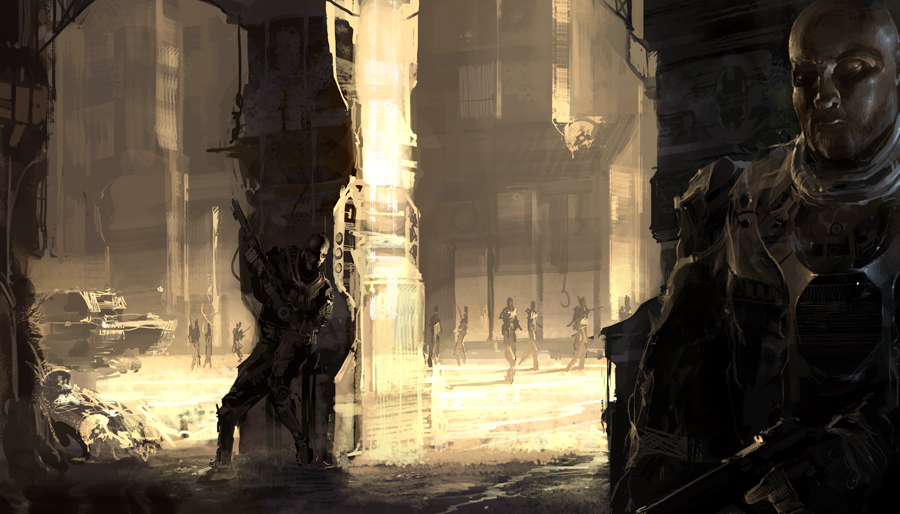 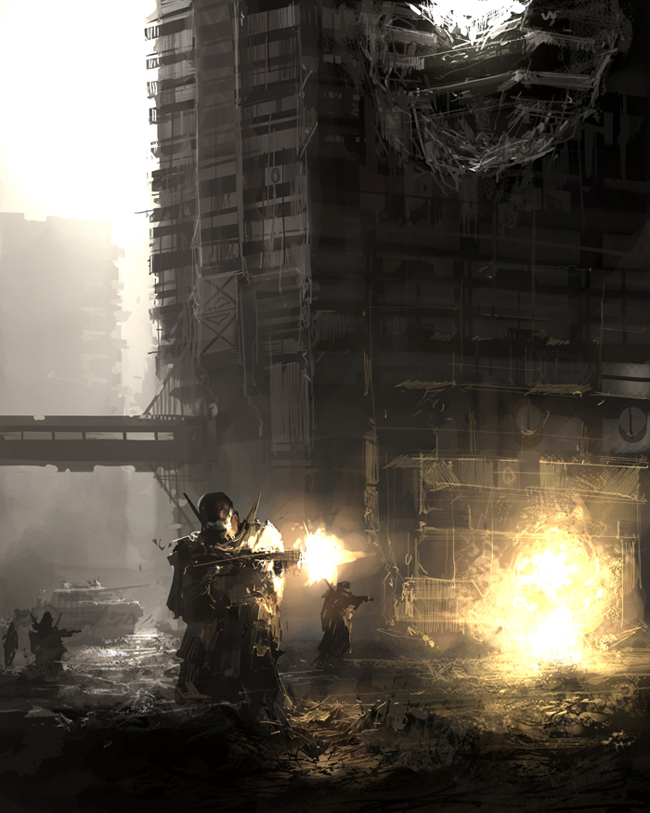 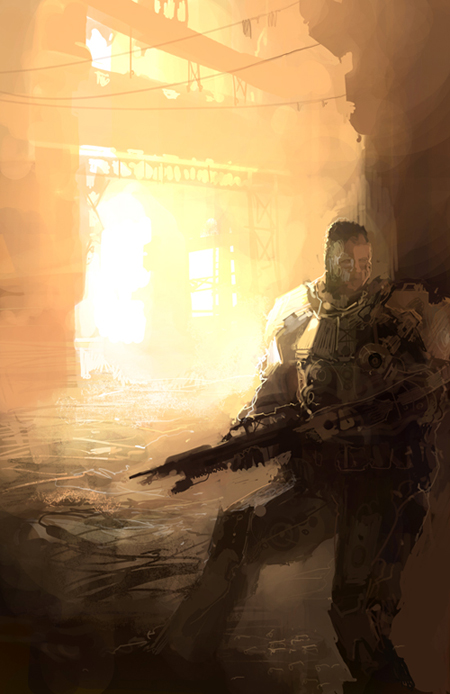 The dark environment is just amazing and fits perfectly to demonstrate the claustrophobic and intense atmosphere of the brutal war in the streets and the destroyed metropoles on earth.

As you know, i am thinking about a new storyline for BlackSector and to make it feel more realistic i want to show you some concepts for the weapons in BlackSector. Maybe some of you already know them, but i would like to have your opinion on this.

In BlackSector: Subject H.O.R.I.Z.O.N. we will have two different teams. You can play the human special forces, which will be called UASC (United Alliance Special Corps) or the alien species Wraith. The following weapons will used to power the different classes of the human forces:

Next time i try to manage to show you some new ingame-footage from BlackSector.

Great as usual. Could you add a link to the picture, so I can click on it and see it in much more detail?

I was wondering what those guys were up to, were any models donated?

I was thinking the same thing... think HB is dead by the looks of it.

Wow, absolutely stunning
They sure know what makes gun look good
hope they get the modles right

Amazing artwork! Great weapon designs too. Looking forward to seeing them in game!

OMG, awsome concepts!! I love your envirorments and the "Electrothermal Anti-Material Rifle" =)

looks great, i'd suggest adding a place for your second hand on the M30, the mounted shotgun (?) would be very uncomfortable to fire without a grip similar to an AUG

Wow what amazing concept art, it looks amazing and the M330B has an very interesting magazine(Care to explain more in detail)? :P

damn wicked concept art, nice concept artist you got there :), keep up the good work!

jebus christ those are freaking beautiful