The new update features armors for your protection, randomly generated hats with magic properties, villages that allow you to hire a squire and much more!

Update #6 is finally released and with it a lot of new things for the Rogue Rider Adventure mode!

First of all there are now different armors while scratches make damage to them which can ultimately destroy your armor. But to be clear here: when you ride straight into a wooden fence a armor will do nothing to keep you from getting wasted! When your armor is destroyed you will also die when you just scratch a obstacle which is referred to as Wrecked. It is a cruel world. 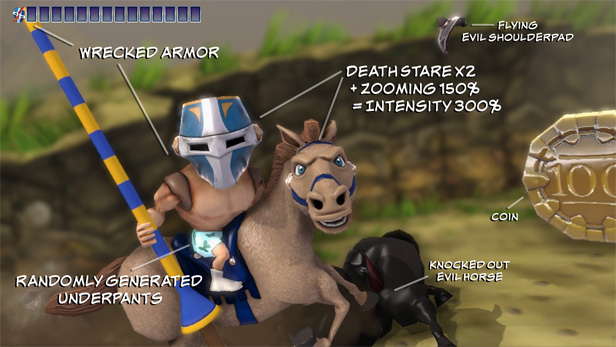 Here the armor is destroyed and you can see your knights randomly generated underpants.

Here are the different armors. The 2 higher ones also have special properties. 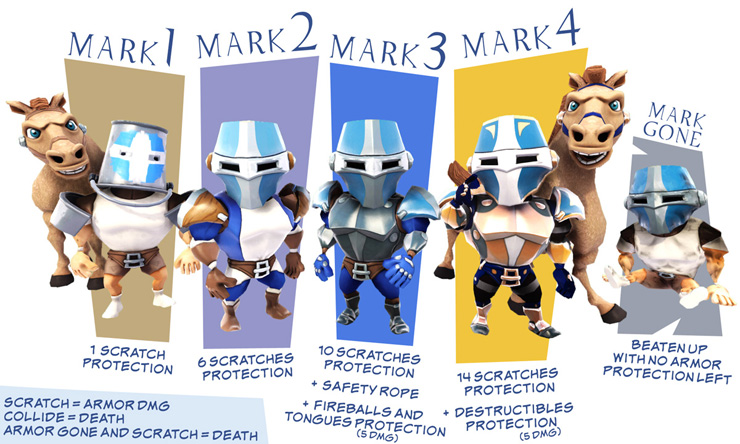 You always start off with, well, a rather crappy armor but luckily you get the first upgrade for free.

When you make it to a village you can spend all your hard earned gold in the shops. You will find all the traders there with the blacksmith being the new one. There you can get a better armor as well as repair your armor. But the best thing about villages is that you can hire a squire there! When you die, which you will sooner then later, you can continue as your squire back in the village where you hired him. Everything in your inventory will be of course lost but at least the gold you will be able to get back. 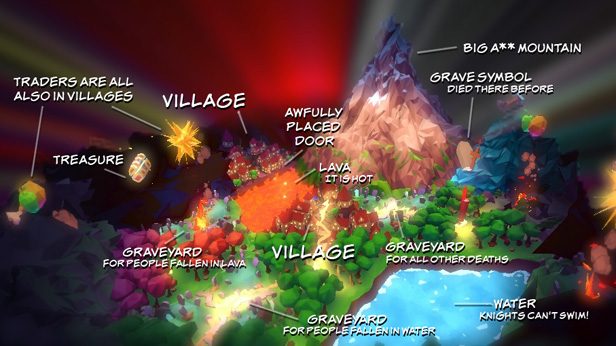 You can also visit the grave of your former self and mourn or just see which fashionable hat you/he wore there.

You can now find randomly generated hats in the Rogue Rider Adventure mode. Some of them have magic properties and some are even legendary and have special magic properties! You only have to find them in the presents scattered around in the world: 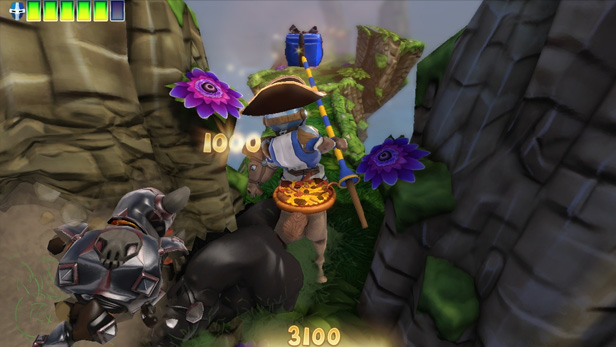 Some of them give you extra armor while others improve your horse digestion skill. Others give you the ability to eat much more then humanly possible or increase you strafing speed. They can also increase the intelligence which obviously is useless since you the player packs all the intelligence. You could also find a legendary hat that is tasty for spiders, so the spider will you eat your hat and then don't hug you to death. Other special properties can for instance heavily alter your vision. The hats are not only hats but also masks, wigs, helmet decoration and hairy thingies. It is also possible that a fedora gets generated but you don't have to wear it!

Some of the hats I found. They are generated in types, shapes, distortion, colors, magic properties and names. The generation currently pulls from more then 200 split names while 50 of them have been provided by you and more will be added.

As requested by several people there is now alternative 3rd person camera that you can choose to use. It is slightly lower positioned and less angled. There is now also light ray thingy that helps with aiming. It is rendered in front which makes it particular helpful with the new camera and when hats are obstructing your view on the lance. You can find the settings for both in the new "camera/screen/fx" screen which is located in the options. 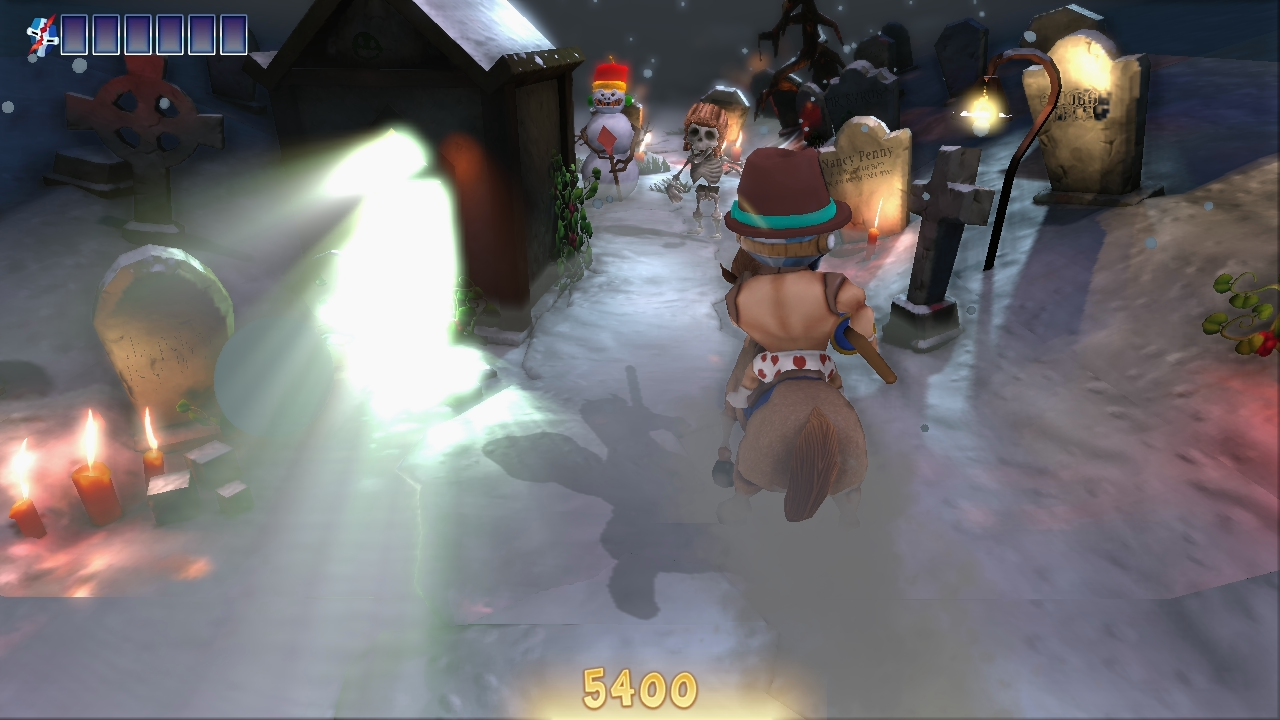 Yes, I'm wearing a fedora there but only because it is so damn cold!

Boulders and Mine Bombs

The blacksmith also offers you Indiana Jones like giant rounded rocks that you can throw at your foes as well as devastating Mine Bombs. 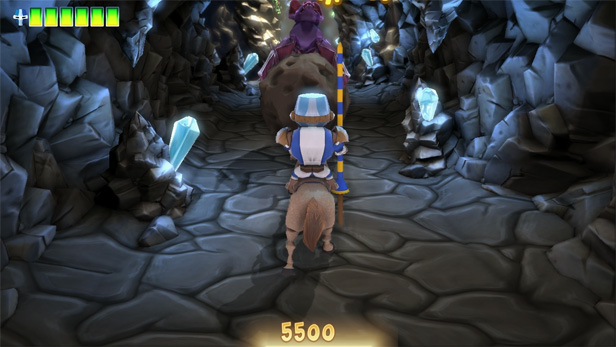 A bat is getting to know that new boulder here.

There are now 12 new achievements which are mostly about the new stuff: 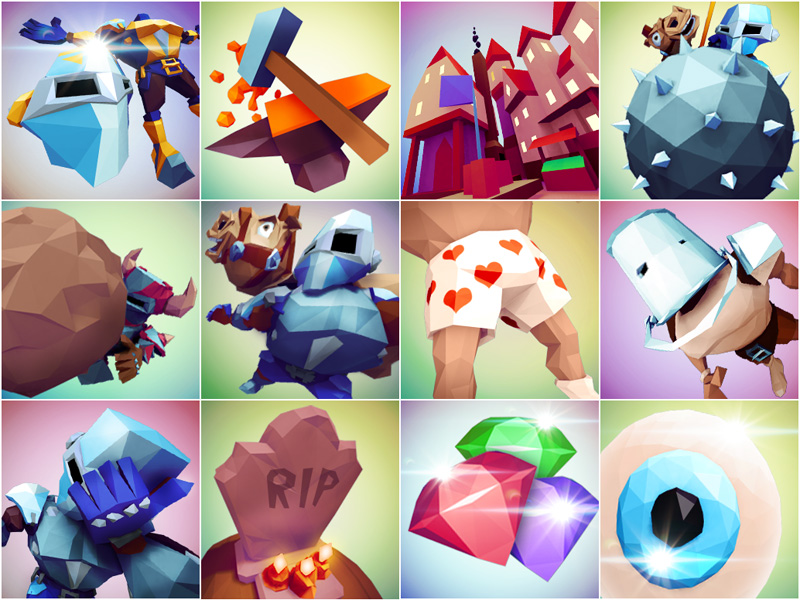 Good luck on the hunt! 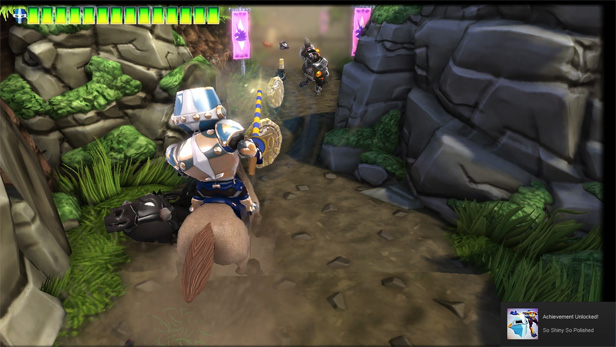 I have to admit I cheated that here with my debug cheats.

On Steam your game gets now also saved in the cloud, for that the system settings are now in a different location and you will have to set them again. 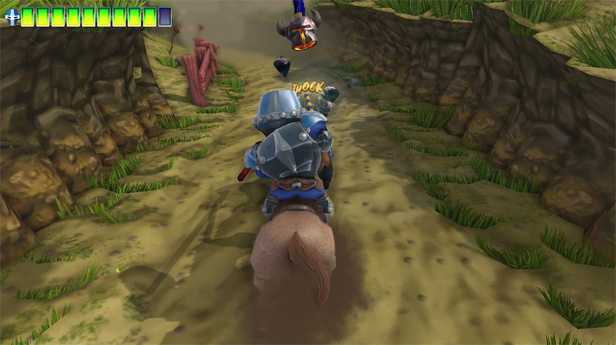 I'm saving this head in the clouds.

Almost forgot, when you die the hat that your wear gets not saved in the cloud and instead it is forever lost so you better bring that hat safely to end of the area. You can have a maximum of 9 Rogue Rider Adventure hats that get saved. 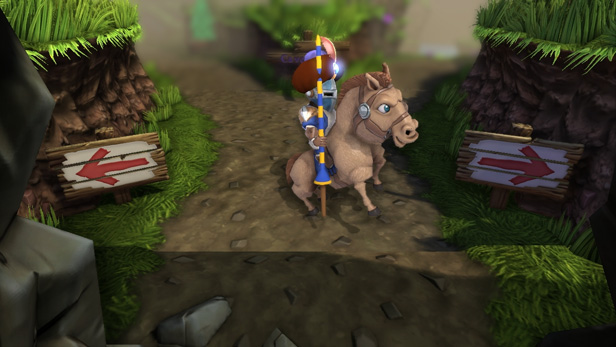 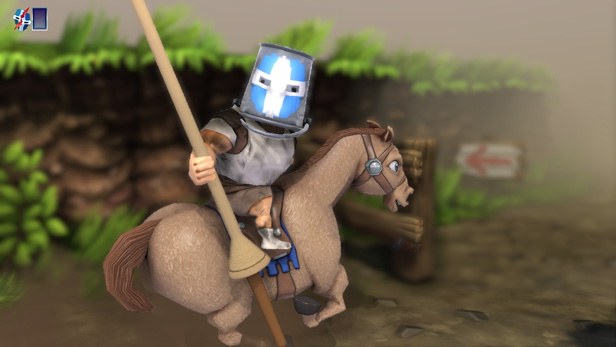 Time to embark on a adventure! 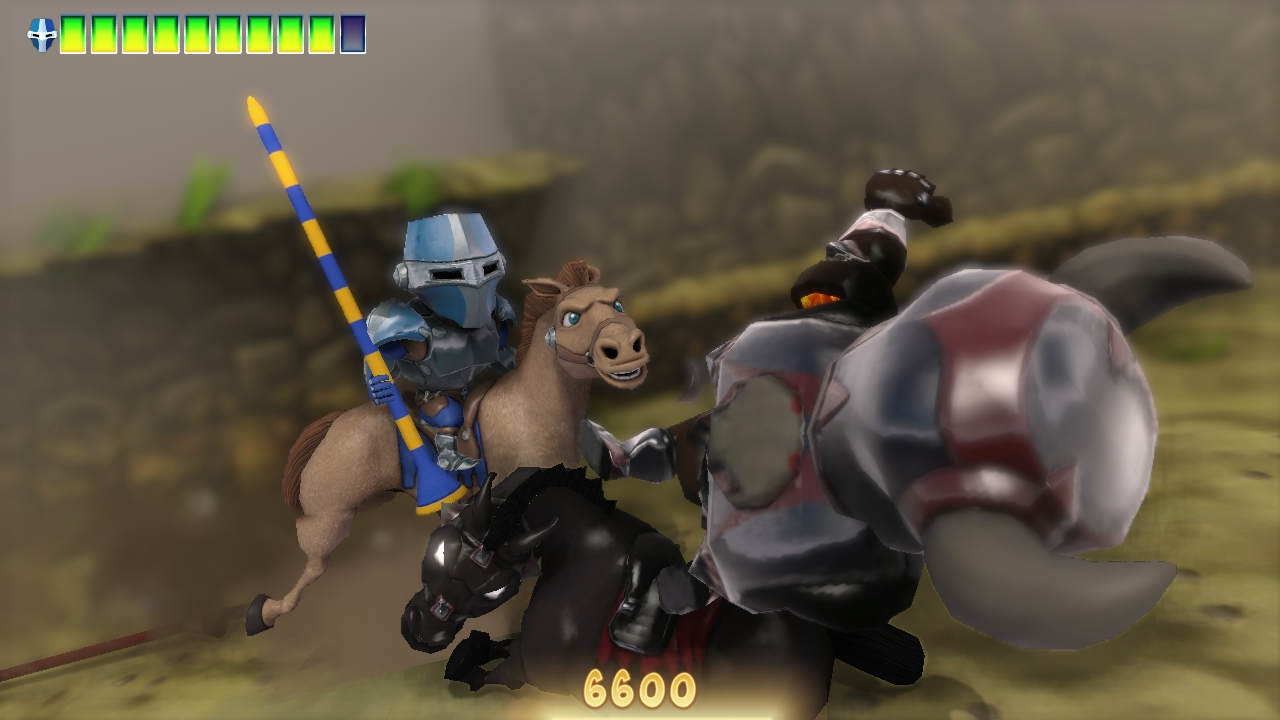 Cinematic cams have been improved, animations added and zooming is now sometimes used.

There is now also a new main menu because I didn't like that old one anymore. The new one is much more sexy I would say. Anyway, time to get to that list:

You continue to Impress.

"Awefully placed door" ^^ I like all the descriptions, giving stuff fun names is the best part of development.