This is an update regarding the progress and production of Unknown Entity: v3.02 has been released.

The second revision update is here!

The second revision (v3) update is now essentially at the same spot of functionality (excluding the new cutscenes that were not in v2) as the most recent v2 beta. Now that v3 is nearly caught up, a few more new features will be introduced like experience/store/upgrading, and then v3 can move from alpha to beta and begin progress on the rest of the levels. 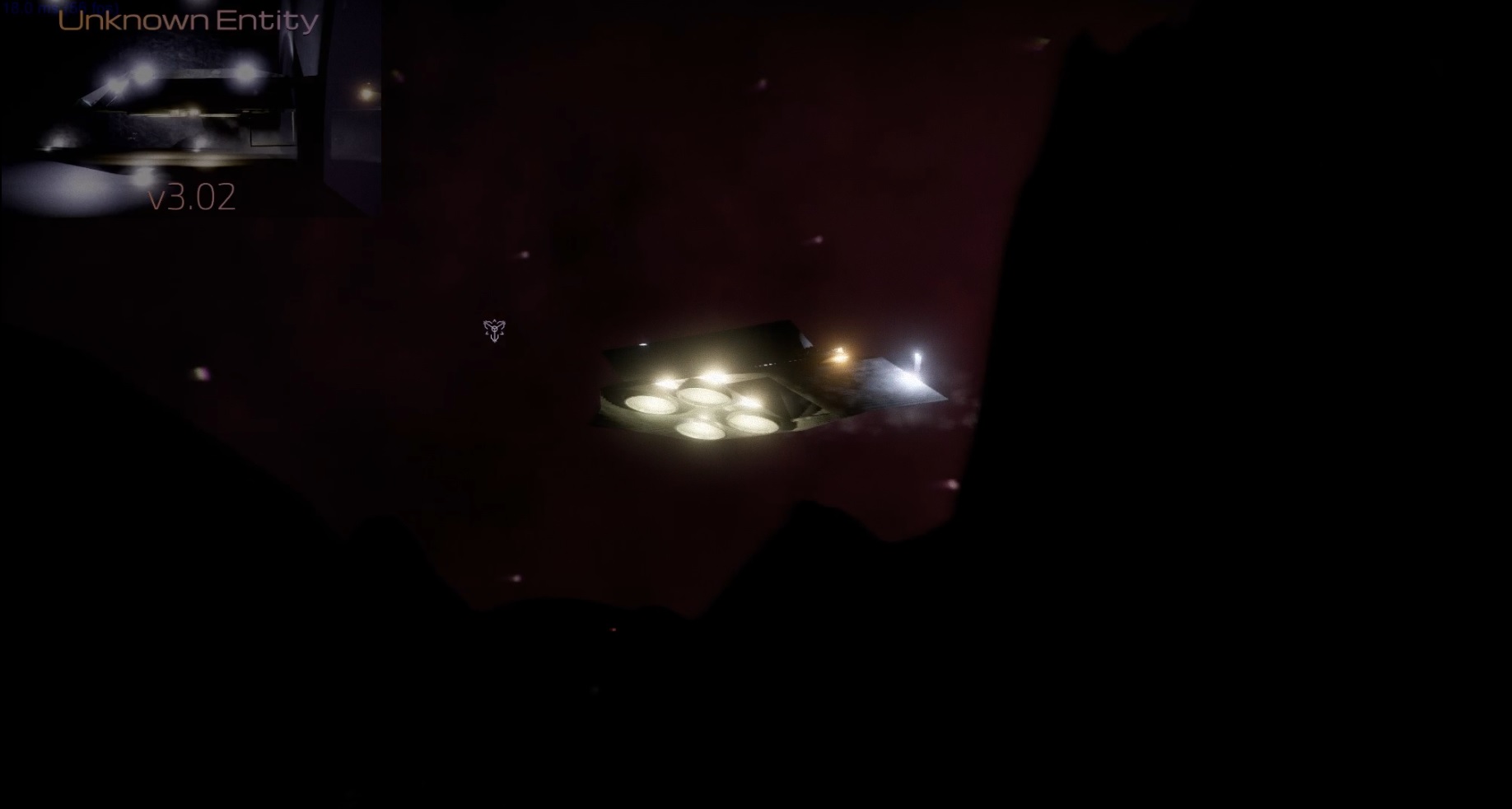 This demo now demonstrates cutscenes for levels in the demo level that is included, now fully demonstrating what cutscenes will be like in the game (the introductory cutscene only gave the introduction in the last update but does not show how story progression would be shown in level cutscenes). Each level will have an intro and an outro (the start of the level and the completion of the level).
Entities 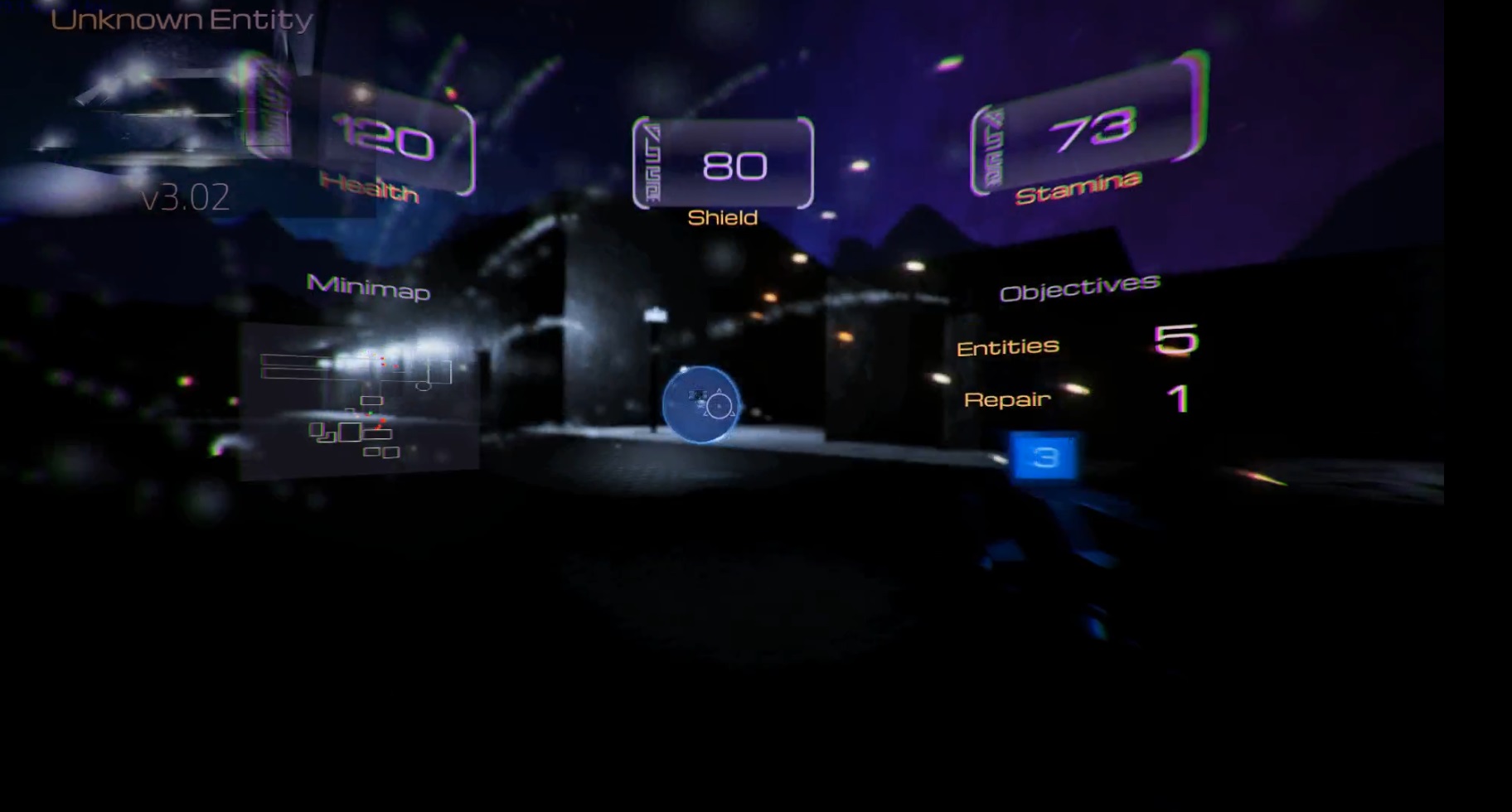 The entities now have functionality - all of them show up on the minimap, have a base health, track the player when in range, and damage the player in some way when in range. The prismatic chunk and spherical chunk fire projectiles at the player that give damage-per-projectile (the latter chunk firing at a faster rate than the former). The other three types of entities do damage-over-time with fire, electrical, or both types of damage when the player is in range. The ROD uses the electrical effect, the rotating pyramid uses the fire effect, and the death bot uses both effects. The entities don't have full capability yet (speed/rotation speed depending on difficulty score, dynamic ranges by using multiple colliders for detection rather than a 360 degree set distance, following when the player attacks from a further distance, Rot. Pyr's lack-of-rotating-animation, etc.), but demonstrate in this demo what they will be like.
Level Completion 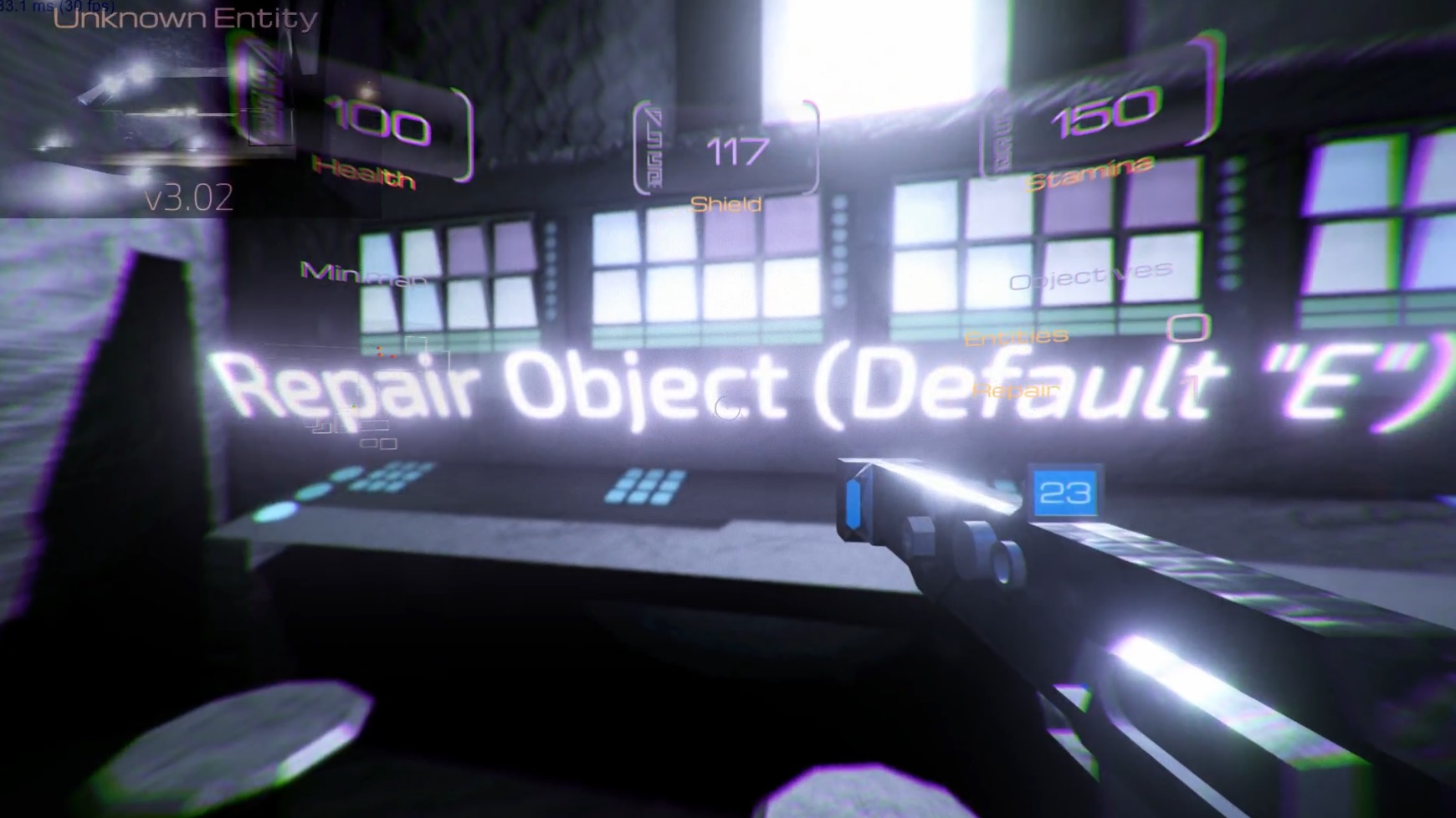 The level now completes when the objectives have been fulfilled. When an entity dies or when an object is repaired, the respective objective requirement is taken down by one. When both requirements reach 0, LevelManager sends a message to CutsceneManager to play the outro cutscene and then CutsceneManager sets its playing-cutscene bool-value to false so that LevelManager gives the "Level Complete" menu.
"Repair Object" objective objects use a universal-like script that does its function and then destroys the object after use - the script for this will also be used for ammo / player-stat replenishing objects since they have similar functionality (but instead of affecting LevelManager's objectives variables, they affect PlayerStat's/GunManager's variables). Repair objects will soon have sparks/etc. for environmental effect to actual make it look like something's wrong with the object it is near.
Player Death 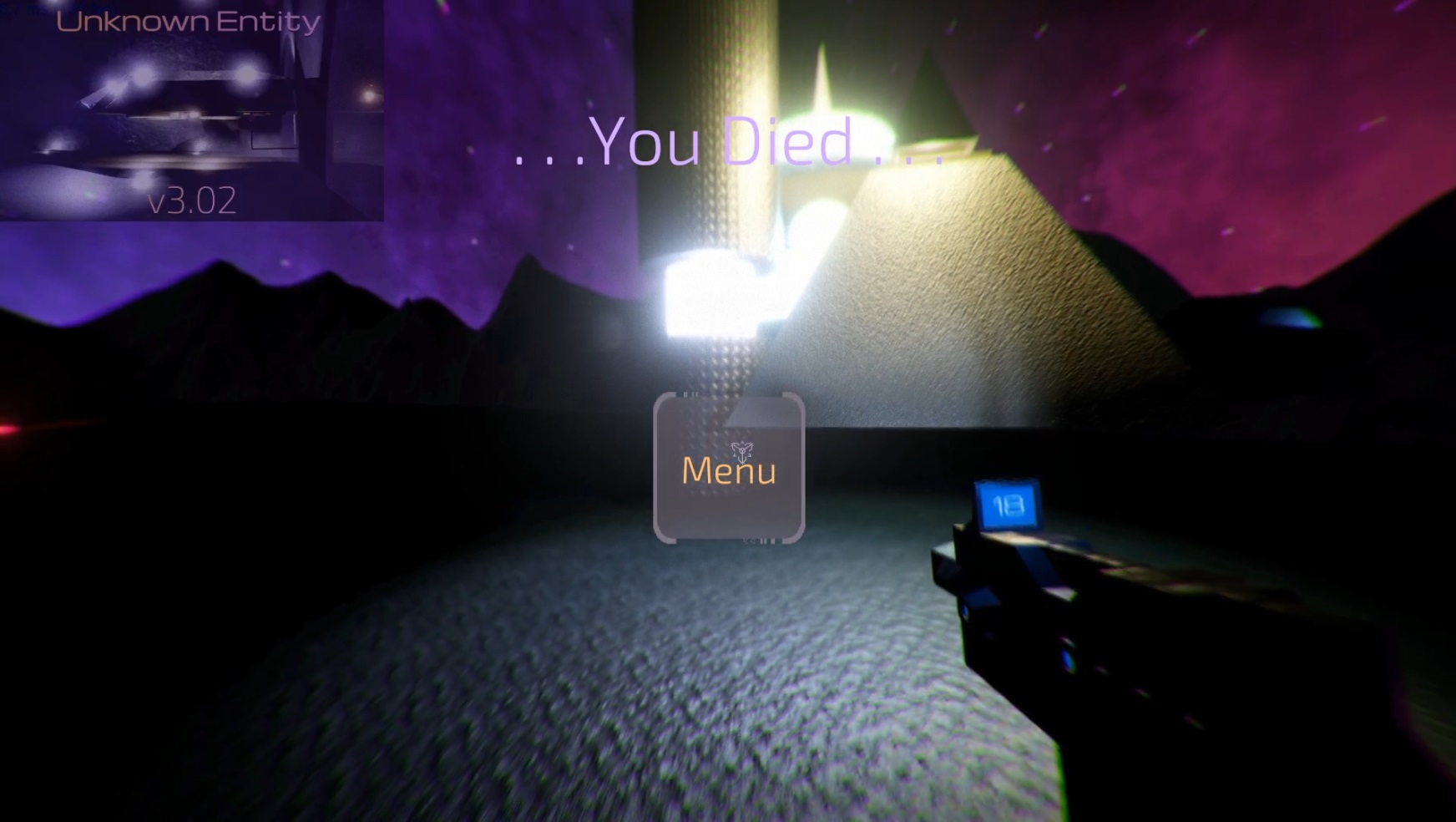 When the player dies, time is slowed and a death menu is brought up. The player must simply go back to the main menu when they die. In this demo, the gun isn't disabled and the entities don't stop firing, but this is just a lack of finished functionality for death. These will be fixed in a future version.
When entities attack the player, first shield is taken down. When the shield's value is less than an entity's fired damage value, the shield is set at 0. When the shield is depleted, health begins to be taken down. Shield recharges fast but takes a longer time to start recharging, whereas health replenishes slowly but doesn't take as long to start replenishing (stamina replenishes with a similar delay to health but a similar speed to shield). The rate at which these values recharge is determined by difficulty, while the maximums and delays-between-recharge will be upgradable in the store that will come in a future version (the store will use "experience" the player gains from completing levels).
Video Demonstration