This is an update regarding the progress and production of Unknown Entity: v3.01 has been released.

The revision update is here!

The revision update is so-called because mostly everything about the game has been re-done. The numbering starts with v3 because the game has been re-done 3 times (once a little over two years ago from a system corruption taking the first project and everything for it, officially restarted May 2015 as the re-vamp; and once around the very end of 2016, now officially released as v3). This third revision update has gone nicely besides the 4 month hiatus from school and school also making it hard to make much progress each day. Since I have much to use from the last project, which was nearly complete with all of its scripting, and since summer is here, hopefully I will be able to finish by the end of summer.

The models, some sounds, the bases, and pretty much everything else has been either edited heavily or completely remade. The structures now have much thicker walls and bigger layouts, and structures and objects now have multiple LOD models for viewing from distances and such. Materials have much better appearances, especially with better normal mapping. The UI elements have been re-done and two new fonts replace the old font (Michroma for HUD and Exo-2 for UI replacing Recharge), and some sounds have been edited and changed as well.
New Coding 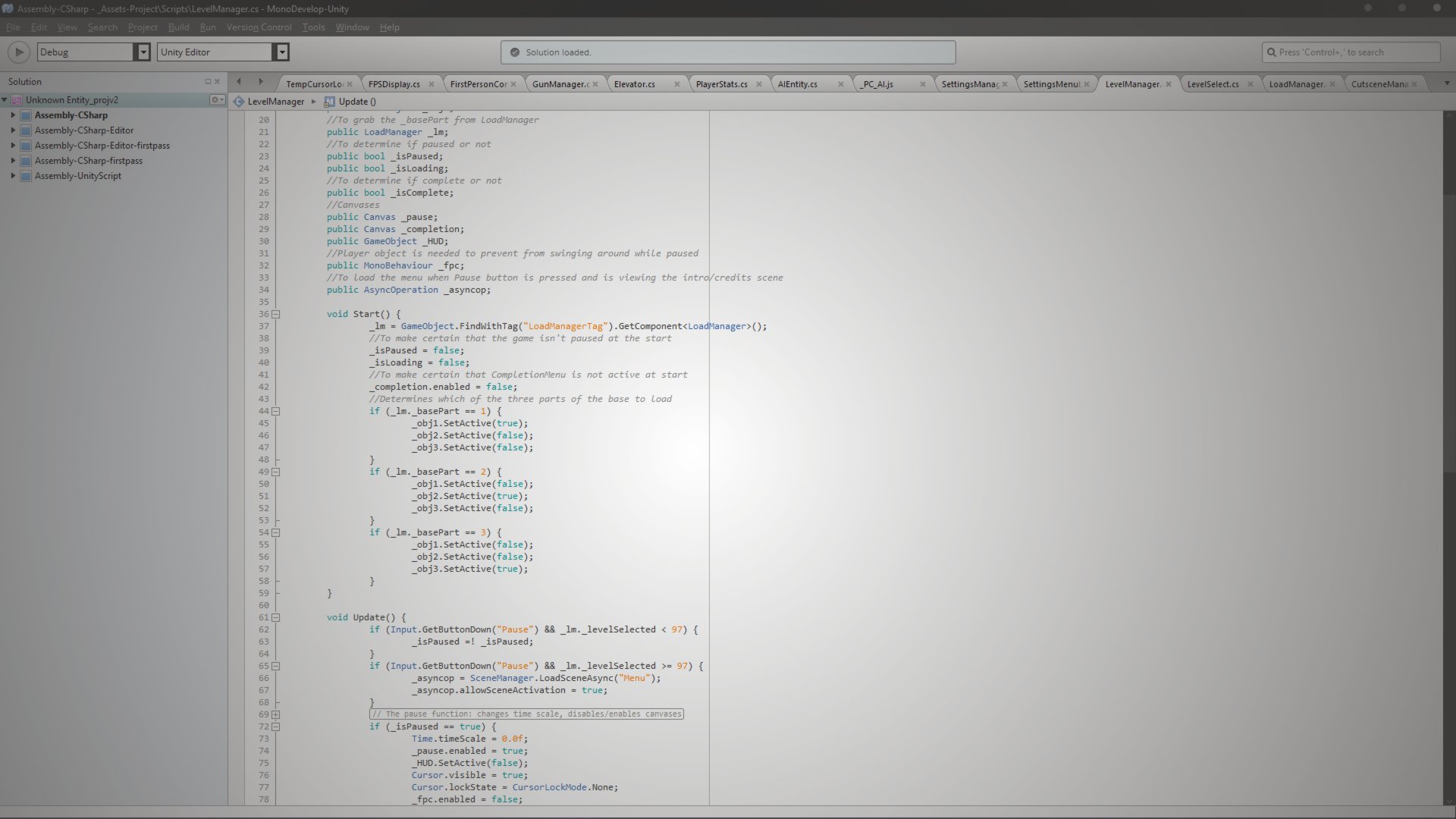 Essentially all scripts are now of the same type (C#) rather than a blend, which means communicating between them is a lot easier to do than in the past (due to compile order of C# and JS meaning some cannot access others which made things difficult in the last project). Most of the scripting is now made as a system/manager, meaning: it is a Manager of multiple related things (e.g. LoadManager.cs, SettingsManager.cs, etc.), it is something that can be placed on multiple related objects and have an integer variable changed to tell it what it is supposed to do (e.g., for the future – EntityAI.cs), or it has functions that can be called on by SendMessage (e.g. UI). Post-processing has changed to Unity's new singular-scripted pipeline with the exception of using the previous depth of field (due to the new pipeline not having a focus-on-transform function for dynamic DoF), ambient occlusion (due to the older a.o. appearing better), and sun-shafting (due to the new pipeline not even having sun-shafting/god-rays) effects.
New Concepts 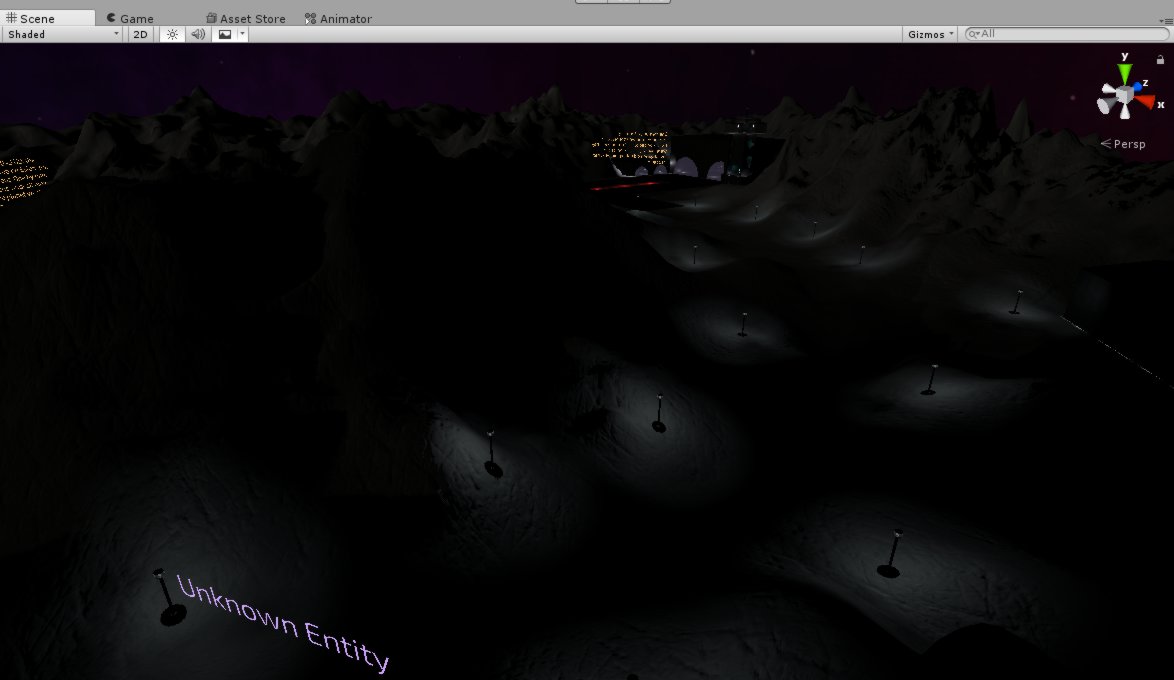 There are now nine bases, and the story has been tweaked slightly to make more sense. The story now fits in the LightVerse (first release of the LV site will be coming soon). The “activators” have been removed from v3 as it didn't really make logical sense to have as an objective or any story sense. The game has two guns (was going to be implemented at some point in the previous project version) which will have different abilities. The game is going to have a “store” where you can spend experience gained from the levels to upgrade Player Stats and the guns. The Player Stats now has a third stat called Shield. When the shield depletes, health starts to be taken down. Health will recharge very slowly and shield will recharge fast, but it takes a while for the shield to start recharging. Stamina will remain mostly the same.

The introduction/credits scenes will now be 3D cutscenes in real-time in a copy of one of the bases rather than scrolling text in a menu. The game also will soon have cutscenes for each level in the game in the beginning and end of a level. Night vision has been a removed concept and the player must now solely depend on their flashlight or the new lamps scattered around bases. Lighting has been changed to real-time point lights with light objects to give a more industrial-esque look (to fit with the early colonization efforts) which replaces the previous project's in-the-wall Tron-esque lighting (which didn't fit in with the early state of the Resurvatarian's efforts or the fact that the buildings are prefabs). The doors are now a singular object that goes downwards instead of two-doors going to the sides, and the base will no longer start out with the door-error glitching (may use that for near-end levels).